“YOU HAVE TO BE HONEST WITH YOUR STORY” 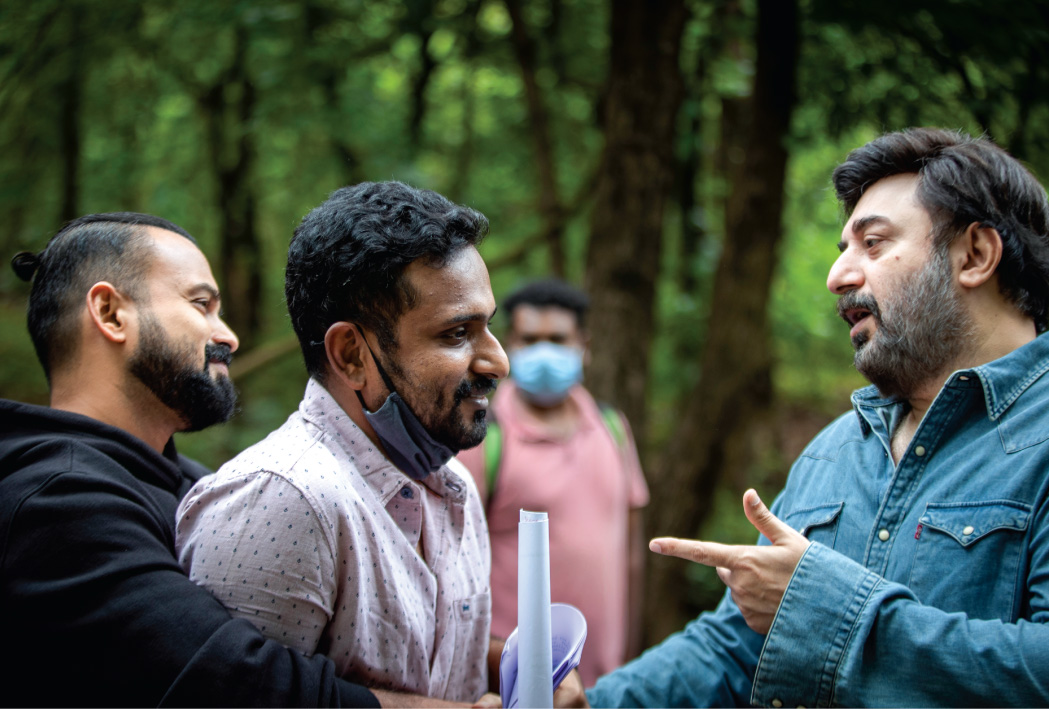 Fellini T.P is one of the most well known filmmakers in the Malayalam Industry. He made a mark with his debut movie Thee Vandi and also played the role of a producer in Nizhal starring Nayanthra and Kunchacko Boban. His upcoming movie Ottu is all set to release in September. He has been very passionate about films since his childhood and shares some insights about filmmaking as well in this exclusive interview with Provoke Lifestyle Magazine

1. What inspired you the most to get into the film industry?
Watching movies during childhood inspired me to become a storyteller and filmmaker and to get involved with movies behind the camera. During my school years in Saudi Arabia, I watched a movie titled Dil Se. I was totally attracted by the visuals of a song in that movie and wanted to be a cinematographer like Mani Ratnam and Santhosh Sivan. That movie was a core trigger point. My dad encourages me to watch all sorts of movies, be it in any language. Additionally, I used to watch all the classics. All this made me realise that I wanted to be a filmmaker.

3. Who are your filmmaking influencers?
There’s nobody specifically as there are numerous filmmakers in Malayalam, Tamil and English as well, so I’m not able to pinpoint anyone.
4. How important is music/editing playing while making a movie?
Editing and music is as critical as any another branch in filmmaking. Editing is wherein the film is made. So, it is the most critical part of filmmaking at the stop of the day. Music is likewise relatively critical because it complements the emotion, visible imagery, tale telling or something we need to convey. If a person desires to emote something, music may want to decorate the feelings of some action. So, each of them is very critical in that case.

5. How do you think the industry is changing?
Industry is unquestionably changing. Since then, the OTT has returned in case individuals are exposed to additional movies once there are not any boundaries, languages or regional cinemas as such. There are opportunities for filmmakers to tell their own stories. Especially when you see a theatrical release, people have choices of what they want to watch. That’s a really skinny line, if you wish to watch a flick, they need an alternative of watching it in OTT because it gets free after a number of days of Theatrical. Individuals became skeptical, if they want entertainers, they’ll positively go watch the movie in theaters

6. What made you produce the movie Nizhal?
My best friend and I decided to produce the movie Nizhal, as we loved the subject. As the editor of my films, he is also our best friend, and I believe he is one of the most talented people I know. I just wanted to associate with him for the movie as I know the struggles of a first time filmmaker and I’ve been through that in Thee Vandi. Once Thee Vandi got released, I had the resources to get my next project up. I thought of him and why not, as it was an interesting subject and produced it.

7. Taking Thee Vandi/nizhal/ottu as an example, how do you handle the pressure of directing such a big cast?
A large cast is part and parcel of the filmmaking process. However, it isn’t a situation to get under pressure. It shouldn’t be a problem if you’re sincere about your story and if you know how an artist should approach a character. Dates and schedules are the only logistics issues. All is well, otherwise.

8. An upcoming independent composer is Ottu’s music director. How do you build a rapport with each other?
Working with an independent Music Director is always a rewarding experience. For my movie Ottu, Arul Raj is the Music Director. We had a good rapport from the beginning. We just hit off from the moment we met. We understand each other and are on the same page. He knows how the scoring is required for this movie and is a very talented guy. He knows exactly how to enhance the emotions and the narration. He is like a part of my family, and the relationship I built with him will last a long time. It’s really a positive thing when the director and music director are on the same page and it works for the film as well.

10. The script is most important to make a film, do you think all filmmakers focus on that?
Definitely, script is the most important part of filmmaking. It’s the backbone. Without it, however good your filmmaking craft is, it wouldn’t help the movie unless your script is good.

11. Please tell us about your upcoming projects?
I’ve not decided on anything for my upcoming movie projects. I’ve listened to a few projects and I might zero in on one soon.

12. What are the toughest aspects of making a film?
The toughest aspect of Filmmaking is the pre-production of the movie. It’s how you get all the logistics of bringing everything together. And how you design this movie and visualise it. The planning and prep is the toughest aspect. Once that is sorted out, then the rest is easy.

13. How do you choose a script that you’re going to direct?
Choosing a script is very simple. If I love the story, and and if I want to see it on screen, I would definitely choose it. Once you read the script, you’ll have an idea of how this will work.

14. What advice would you like to give to aspiring filmmakers?
I would tell them to never give up on their dreams to pursue it. It might take a longer or short time. This industry is very competitive. You need to have patience and that will power to go forward. So, you should never give up.