Young people today are eschewing organised religion in favour of more esoteric practices, in the pursuit of peace and happiness.
Here’s a look at how millennials are redefining spirituality 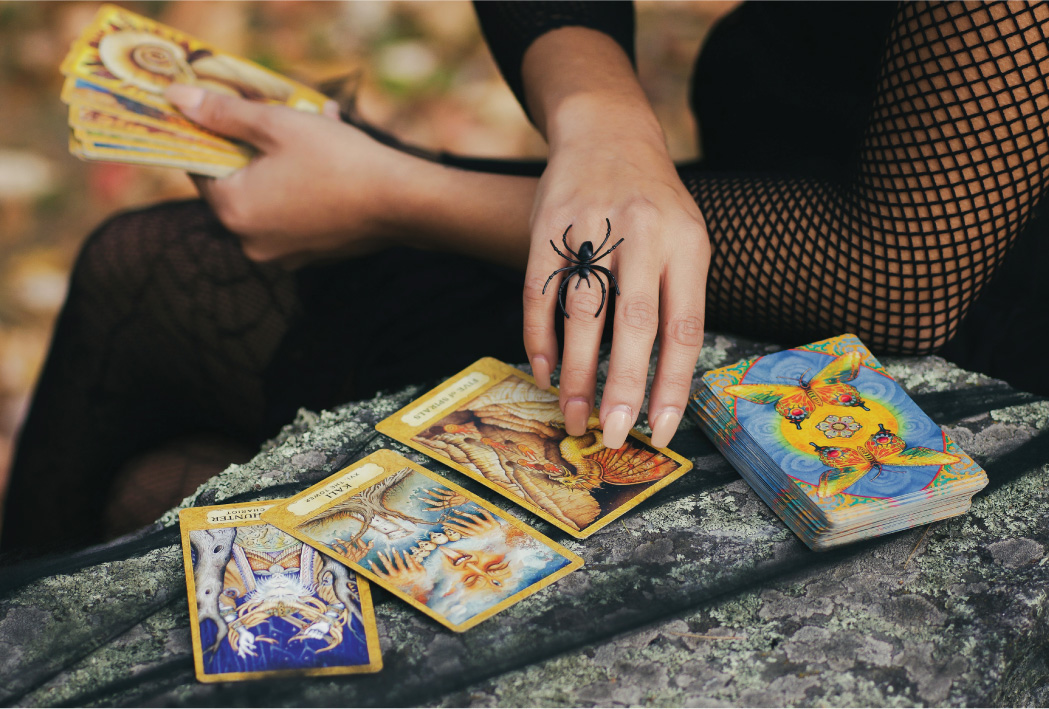 India is a melting pot of different religions, and while media sensationalism suggests otherwise, we mostly live in harmony with our friends and neighbours of varying faiths. I feel privileged to have been raised with both Catholic and Hindu influences and I love living in Chennai where I can attend everything from friends’ sumptuous Iftar dinners to Christmas lunches, and pujas galore. This increased exposure to all religions may be the reason why people of my generation are more likely to say that they are spiritual, not religious.

This answer is meant to denote that the person believes in a higher power, and may pray and have a personal relationship with God, but that they don’t follow specific rules and rites dictated by any one faith. I could place all my friends in this category while growing up, with religion rarely being a topic of conversation, and everyone just doing her best to get through life while being a good person along the way.

However, in recent years there has been a surge of young people diving into alternative spiritual practices. Just as your grandparents may have eagerly attended lectures by Sathya Sai Baba, millennials now subscribe to the YouTube channels of pierced and tattooed healers and tarot readers, some paying money to attend their webinar rituals and workshops. This generation embraces a blend of astrology, tarot, meditation, ancestor worship, and new age self-help practices like affirmations and visualisation.

A quick survey of Twitter and Tik Tok will show you plenty of references to the Zodiac, as well as ascribing bouts of depression or chaos to an eclipse, or Mercury being in retrograde. Likewise, look up “How to connect with your spirit guides” on YouTube and you’ll find tutorials on everything from meditation to more pagan rituals like making altars and offerings.

A recent newspaper article from February of 2020 discusses the numbers behind this trend: the “mystical services market” is valued at 2.2 billion USD, and in India there was a 62% increase in astrology/tarot card apps between 2017 and 2019 (“Why are millennials obsessed with astrology?” – Kritika Kapoor and Amrita Prasad, February 5, 2020). These apps use graphics and vernacular that appeal to folks in their 20s and 30s, as opposed to traveling to a village to meet an astrologer and needing a parent to translate. Likewise, the movement away from traditional religion was fuelled by the internet providing a means for people to explore different ways of thinking:

“Before the internet, people who held beliefs outside the mainstream — religious, political or otherwise — lacked a public way to connect with one another. With social media, divinatory practices like astrology, crystals and tarot have been able to take up space in a public conversation. It helps that they all look great on Instagram.” (Jessica Roy for Los Angeles Times, July 10, 2019) Personally, nothing in Christianity or Hinduism ever resonated with me the way that self-help education did. While lighting the diya in the puja room every morning can be a good opportunity to express gratitude, I find it more effective to write my gratitude list down while filling my heart with those warm feelings.

This is because traditional worship commands a somber atmosphere and is constricted by rules: don’t use your left hand, don’t wear footwear, don’t eat meat on certain days. Since childhood we are taught reverence for these rules, so that not breaking them becomes the primary concern and the essence of the ritual gets lost. Alternatively, how-to guides on meditation, affirmations, and self-love don’t emphasise any rules as such, leaving us free to explore and tailor the practice according to our preferences.

The fact that most dating apps allow you to filter results by zodiac sign is a clear indicator of astrology’s renewed popularity. In this highly individualised world, it is a source of comfort to many to use the zodiac to explain away failed relationships and toxic patterns. I’ve always claimed to be a believer in science first and foremost, but at the same time I’ve gathered plenty of observational evidence to support the claim that each sign has certain qualities: my closest friends tend to be fellow fire signs, my most libidinous friends tend to be Scorpios, and my Gemini husband and son drive me nuts with their split personalities! I’ve also observed the effect of moon phases and planetary alignments, like tossing and turning all night during a full moon when I’m normally the soundest sleeper you’ll ever meet, or bursting into tears all day for no reason as an eclipse is approaching. To the skeptics, I know very well that this is a highly unscientific way to draw conclusions, but I also believe in our ability to recognise such patterns. Writer Luca Fisher says that another reason for astrology’s popularity is the grounding it provides in an increasingly unstable world: “Because when young creatives look at the harsh reality, astrological information can make these facts appear more fluid, giving them inspiration to look at situations differently.”

But while you can use astrology to explain patterns or behaviour, it does not offer a solution. That part takes work, what some call “shadow work”. We all have parts of ourselves that we are uncomfortable with, and we tend to bury these parts deep into the recesses of our mind, the unconscious. Shadow work is the process of bringing these feelings to the forefront so we can start healing. Sounds intimidating to attempt on your own, doesn’t it? That’s where healers and spiritual guides come in. I had known of Divya Srinivasan as a sought after yoga instructor in Chennai, and immediately booked a session with her when I learned that she is a tarot reader and theta healing practitioner. She posts messages on her Instagram account Sacred Spaces with Divya that resonate with her many followers, and offers both in person and online sessions for those who want to go deeper. I asked Divya about how she got into this work and why people gravitate towards it:

“My journey to spirituality and the spiritual realm began when I was lost, didn’t know whom I was and what life had in store for me. I felt powerless, scared and was in a deep state of despair. This is what the mystics called the long dark night of the soul or what is referred to in modern parlance as ‘rock bottom.’ Hitting rock bottom meant that I had nowhere else to turn within and finding the light there. As life would have it I enrolled for a tarot reading course which helped me see the ways in which I was self-sabotaging and limiting myself. It also opened my heart to limitlessness, joy and healing. Over the past few years, guided by my intuition I have learned various healing modalities that have helped transform my life and those of my clients – Akashic Records, Elemental Space Clearing, Ancestral Lineage Healing and healing my Feminine energy.

With my background as a yoga teacher and my knowledge of the esoteric practices like chanting mantras, meditation upon yantras and deities, the chakra system and sound healing, I started combining the two sets of esoteric practices to my clients and students who came to me for healing and spiritual guidance.

What I see with my clients, especially young adults and working professionals, is that they know that there is something beyond the conventional beaten paths and they want to experience that. Most are looking for their purpose beyond hitting financial goals and travelling. Many are looking to understand how they can serve their community and the planet. I feel everyone is intuitive and that they are looking for ways to connect to themselves in a deeper and more fulfilling manner.”

Divya’s role has become increasingly important in a world where capitalism has convinced humans that their self-worth is based on how much they produce. Everyone is so busy keeping up with the rat race and so overstimulated with information that when they get a rare moment of stillness, they are forlorn to discover sadness and unrest within. And while our parents found solace in the pages of the Bible or the Bhagavad Gita, millennials are having greater success with the esoteric practices mentioned by Divya.

I for one am looking forward to seeing these practices go mainstream, and to the next step of building communities and places to gather. I hope some of you are inspired to explore new avenues in this realm. But most of all, whatever your approach to spirituality is, I hope it brings you the peace that you deserve.