AAMIR KHAN BEFORE & AFTER LAAL SINGH

“LAAL SINGH CHADDHA IS A LIFE AFFIRMING STORY ABOUT RELATIONS AND EMOTIONS,” SHARES AAMIR KHAN. HIS FILM BRAVED THE BOYCOTT BRIGADE AND BOX OFFICE FAILURE – YET STANDS AS THE DREAM COME TRUE FOR THE ACTOR – A LIFE TIME OF WANTING TO REMAKE ACADEMY AWARD WINNING ‘FORREST GUMP’ FOR INDIAN AUDIENCE. WHAT GAVE HIM THE COURAGE TO TAKE UP SUCH A PROJECT – HE REVEALS. 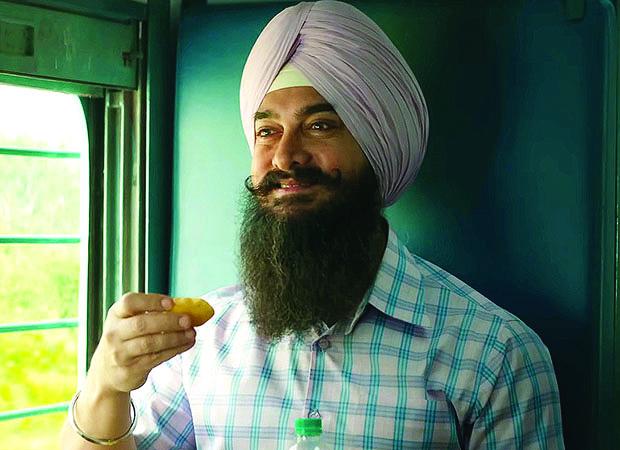 Tom Hanks was Forrest Gump in the 1994 Oscar award winning Hollywood film. Aamir Khan’s Laal Singh Chaddha is the Indian adaptation of the classic, which was originally an adaptation from Winston Groom’s novel. Aamir Khan has co-produced and acted in the film. The film opened to mixed reviews.

When Aamir first thought of remaking the film few years ago – he did realise the challenges.

It was a long-cherished dream that seemed almost impossible until he acquired the rights to make the film, which took almost 8 – 10 years. Laal Singh Chaddha retains the spirit of the original while the sentiments, and culture are moulded for India, and the story follows important events of Indian history. Actor Atul Kulkarni held the pen for the first time as he wrote the script and Advait Chandan directed the film.

The idea goes back to 14 years, when Atul agreed to write the adaptation for Indian audience, “I did not have any expectations,” shares Aamir.

He says, “He is a very good friend and a great actor. But he has never ever written a script until then. He was supposed to go to Hyderabad for a Telugu film shoot, which got cancelled, and he had two weeks during which time he completed the script. I thought if I hear the script and won’t like it, I may hurt him, so I delayed listening to it. After two years, I got a call from him. He said – Now, I have understood you will never make it, but atleast listen to what I have written. I felt bad for him, and so heard the script and fell in love with it.”

“Laal Singh Chaddha is a life affirming story about relations and emotions. Laal has no negative thinking; he is a positive and pure character. His strength and power are his innocence. Laal is a little different from Forrest. The Emotional quotient in the film is also slightly different. You will get to see historical events of recent years, some existing footage and some created. Jenny in Forrest Gump is a gypsy, and her character done by Kareena Kapoor is changed the most in the film,” Aamir explains the similarities and differences between the original film and Indian adaptation – the latter was done keeping in mind the Indian sensibilities.

In the film Telugu actor Naga Chaitanya dons the role of a south Indian. He is in awe of the kind of prep that happens even before the shooting for an Aamir’s film, which he says helped him deliver his best as Balaraju Bodi.

Aamir Khan’s films are known for their acting workshops, script narration sessions and a whole lot of preparation before going on the floors. Even today he learns all his lines and the entire script before shooting. “This film in particular was emotionally and physically exhausting,” he says, “I run a lot in this film.” (laughs)

He adds, “I don’t know how else to do it. This is the only way I know how to work. I get excited by stories. I am born into a film making family – my father was a director, uncle was a director – producer, and every day there would be story narrations at home. As a kid, I would sit in one corner and listen to each of these stories. At the time I did not know I was going to be in films. But it was an important process for me.”

Part of film making process for Aamir is the many test screenings he does for people, from which he makes notes of suggestions and changes if needed. “My mother watched one of the test screenings and told me – I hope you are not changing anything. It’s perfect the way it is.”

The film made in the 90s with Tom Hanks in it became a classic. However, what made him take the leap. How confident was he about the audience? Aamir explains, “I hoped the current generation too likes Laal. It is very innocent and lovable character. It’s a human story and if we are able to connect with it, which is about mother, wife, emotions, friendship – and these are easily relatable.”

The theme of the film is in the title of song – Kya Patha Hum Mein Hai Kahani Ya Kahaani Mein Hum – which is the driving philosophy in Aamir’s life. While he by his own admission has started investing more in his personal relations, he continues to passionately work with cinema – his one obsession and profession.

He released the film simultaneously in three languages. “Today south films are doing very well across India. World has become smaller with OTT. We are used to watching films from other cultures and languages. Earlier that facility was not there. Today, audiences’ willingness to experiment is changing. In India as a country with films being made in different languages, films cross over cultures and travel across the country – we get to see each other’s films,” states Aamir.

“Stories will always live on. Platforms may change. Story telling is the oldest form of entertainment. Something we all like to hear or tell,” he states.