WE DIDN’T START THE FIRE…. 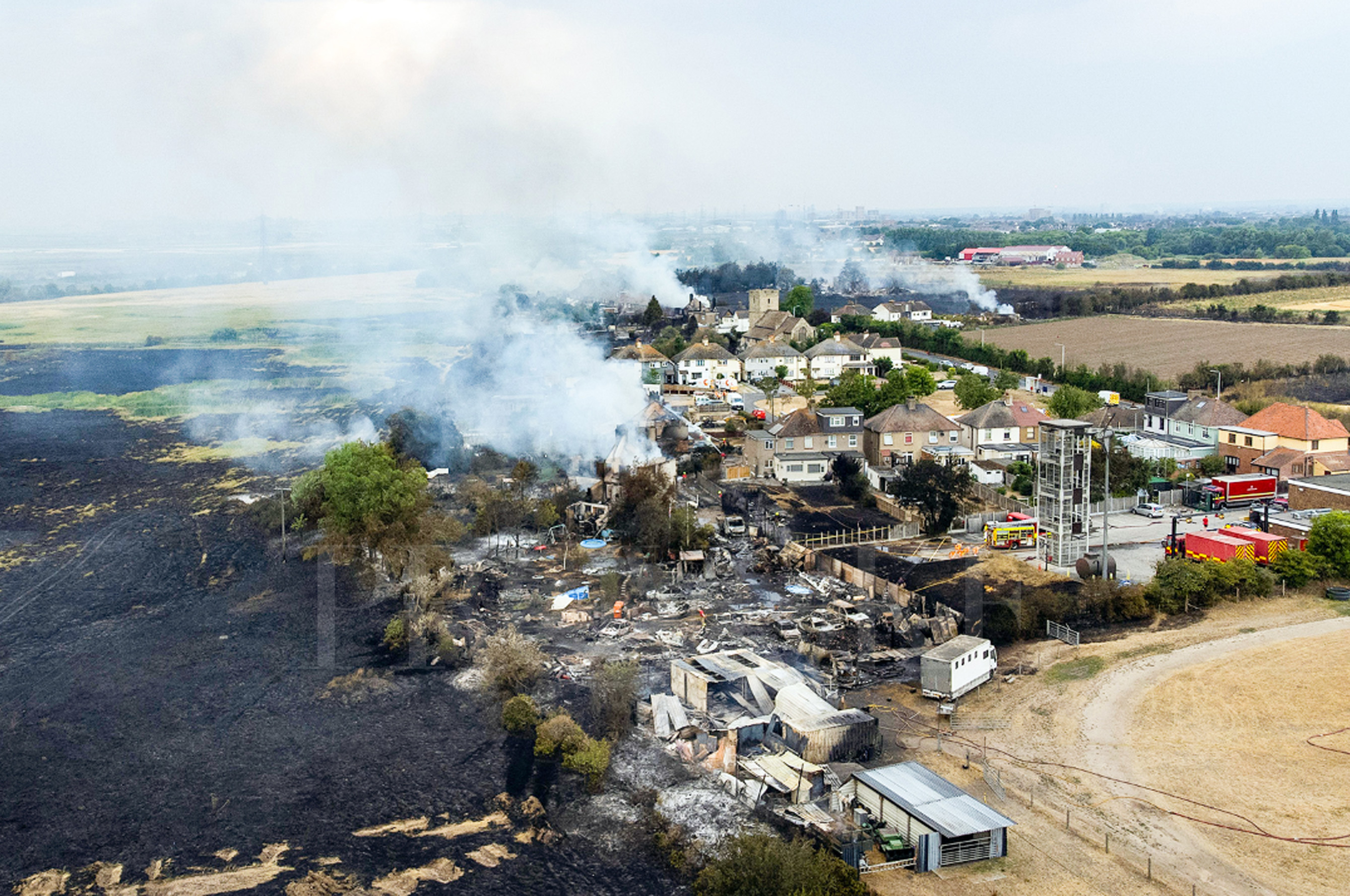 It was in 1990, when the youth across the globe suddenly went hysteric and started humming Billy Joel. Of course, this Pop Rock track was nominated for Grammy Awards. However, there was something more in the lyrics than being just another nominee for Grammy…. It just said:

We didn’t start the fire
It was always burning, since the world’s been turning
We didn’t start the fire
No, we didn’t light it, but we tried to fight it
This was one of the most subscribed Rock tracks after Pink Floyd’s `Just another brick in the wall’, which was released exactly a decade ago in 1979. The track influenced the youth so much across the globe that many children dropped out of their schools. The lyrics had direct impact on the kids to turn back on the formal education system, which was touted in the song as `thought control’ and the kids just wanted to break free.

But Billy Joel was on a different league. He quickly scanned through controversial names and events across the globe, which affected the human race. Though it looks US centric, world issues like North Korea, South Korea, China, Russia, Iran, international economies, terrorism, South American countries, drugs, H Bomb, Aids, vaccine, Britain finds the way to explain how the world is burning and how people are trying to fight it out. The youth thought that they were part of this fighting brigade and wanted to break free from traditional thoughts.

Down the lane three decades, the world is still burning with bigger magnitude and the only difference is that younger generation has lost the dream of fighting the fire. The consecutive generations are still humming `we didn’t start the fire’ but trying to find solace in getting into nuclear shells of personal lifestyle, allowing more and more organised people to set fire for the future generations.

When Sri Lanka was burning, everyone knew the reason behind the economic crisis. The white elephants in the government – both political and bureaucratic had created so much of swamp in the system that whatever external assistance came through quickly disappeared. China offered easy loans, knowing very well that the island could plunge into economic crisis with that kind of financing. Sri Lanka is just one of the many underdeveloped countries China has extended such easy loans to, when IMF has refused these countries any fresh assistance.

According to AidData Research Lab at William & Mary, a University in Virginia, China, over the last 18-years, has granted loans or funded over 13,427 infrastructure projects worth over 843 billion US dollars. In the last one decade, China has extended easy loans with high interest to lower-and middle-income countries, which has touched over 170 billion US dollars. This makes China a single largest creditor in the world. Till recently, China had refuted the speculations that financing from China may result in economic crisis in those countries saying that no country had fallen into debt trap.

Sri Lanka was the first, where China refused even humanitarian assistance when the crisis broke out. At least 17 other countries across Asia and South American countries, including neighboring Pakistan, Nepal are on the verge of `melt down’. China just says `we didn’t start the fire’.

Interestingly, North Korea and its `H Bombs’ are still a matter of concern and the world is cautiously watching the country’s arms accumulation. The end of `cold war’ era after fall of Soviet Union just resulted in disintegration of `Balkan states’, with horrific ethnic cleansing wars. Worst is that Russia itself has invaded Ukraine, which was earlier part of Soviet Union. The presence of NATO itself is now threatening some of the most powerful countries, which include China. 77-years after it was formed to maintain the peace on the earth, the UNO appears weak and helpless organisation. As a matter of fact, without any executive powers, UN itself has become a bureaucratic set up and largely a tool in the hands of powerful lobbies. This became more glaring during COVID-19 crisis, when UN was in a hurry to give clean chit to China over `Wuhan laboratory’ role in outbreak of pandemic that literally brought the world to a standstill. China has done the largest funding for WHO. What Billy Joel did not realise was that Aids was just beginning of such pandemics, which would be later taken over by SARS related pandemics.

But world looks beautiful through some of the emerging economies across Asia, Africa, Europe, South America India, South Korea, Malaysia, Brazil, Philippines, Poland, Mexico, Turkey so on. The Corporate culture urban life, cash flow into hands of youths and investment on urban infrastructure has won over hearts of people. At the same time, high cost of living and uncertain social security due to nuclear structure family has left behind a lot of confused souls.

In the modern world of communication, terrorism fanned by fanatic groups are reaching new levels, challenging even most powerful governments. Some of the countries are totally under the control of fundamental groups, increasing the digital divide like never before. The urban facilities often help the people ignore the ground realities of their lives.
The governments always talk positive of living conditions in their respective countries. Several indicators using statistics are cited to ensure that life is `honky dory’ in the country. Noted Scottish literati Andrew Lang had rightly said: `He uses statistics like a drunken man uses a lamp post – for support rather than illumination’. Statistics neither drives the economy, nor derives the economy. It is just a static indicator. The real micro economy of the country will be far away from the statistical indicators, affecting the future of the globe.

Most of the governments in these emerging economies work on simple `mantra’. Economic growth at any cost to bridge the gap between statistics and real micro economy situation. This puts future of the earth itself in danger. While Brazil President Jair Bolsonaro feels that protecting Amazon forests is detrimental to country’s economy, so what does India think? With India sharing border with hostile neighbours like China, Pakistan, and Bangladesh, it has immense pressure to spend on military force. The ruling lot feels that protecting environment and wildlife is anti-development and burden on the state exchequer.

When Billy Joel released `we didn’t start the fire’, Bangalore, the Silicon Valley of India had a population of around 40 lakhs and Karnataka’s population was around four crores. Three decades later, the population of Bangalore is around 1.3 crores and Karnataka population has gone up over six crores. The Karnataka rulers want to build infrastructure around Bangalore to accommodate over two crore people in next five years. This is true for major cities like Delhi, Mumbai, Chennai and even Hyderabad.
But the million-dollar question is if Karnataka or Bangalore have local natural resources to cater to the needs of such huge population? Going by the need of water, Bangalore depends heavily on Cauvery basin for water supply. Cauvery and its tributaries origin from Western Ghats – Coorg, Hassan and Chickamgalaluru districts. Following rapid urbanisation of Bangalore, the government was forced to divert majority of Cauvery water from irrigating Mysuru, Mandya districts to Bangalore and drinking needs of villages. The diversion is slowly killing the agriculture activities in this region, affecting paddy and sugar cane production.

Development is not proprietary of cities like Bangalore. The people of Western Ghats want development at any cost. During the last two decades, several development and tourism related projects cropped up. The heavy earth moving machinery were put into road works for better connectivity, without even looking into fragility of the ecosystem. With a lot of mishandling of slopes in the hilly region, the hills have started sliding.

The concurrent development is of people in the Western Ghats giving up paddy cultivation. The paddy lands were natural swamps, which would generate and supply perennial water to streams and rivers. The landscape of most of the paddy growing areas are changed either to plantations or residential areas. Consequently, most of the streams have lost their perennial status and flow only during monsoon. This has reduced water inflow into the rivers during non-monsoon seasons. The situation, according to scientists is so alarming that even rivers may lose their perennial status in next a decade or so. In reality, the two-crore population infrastructure is just staring at Cape Town like situation, which will struggle to provide water at least three months in a year.

China has a policy on internal migration to ensure that the local natural resources are not over exploited. Anyone wants to migrate from one city to another or even one province to another, they need the consent of the city where they want to migrate. Only if that city feels need to accommodate migration aspirant, it will permit the migration process. Such measures are not possible in any democratic set up.

Billy Joel was prophetic when he added one more sentence towards the end of the song:

– Vinay Madhav is a seasoned writer who has had a long standing career with various top publications.