SOME OF THE NEWEST CARS THAT ARE HITTING THE ROADS NOW 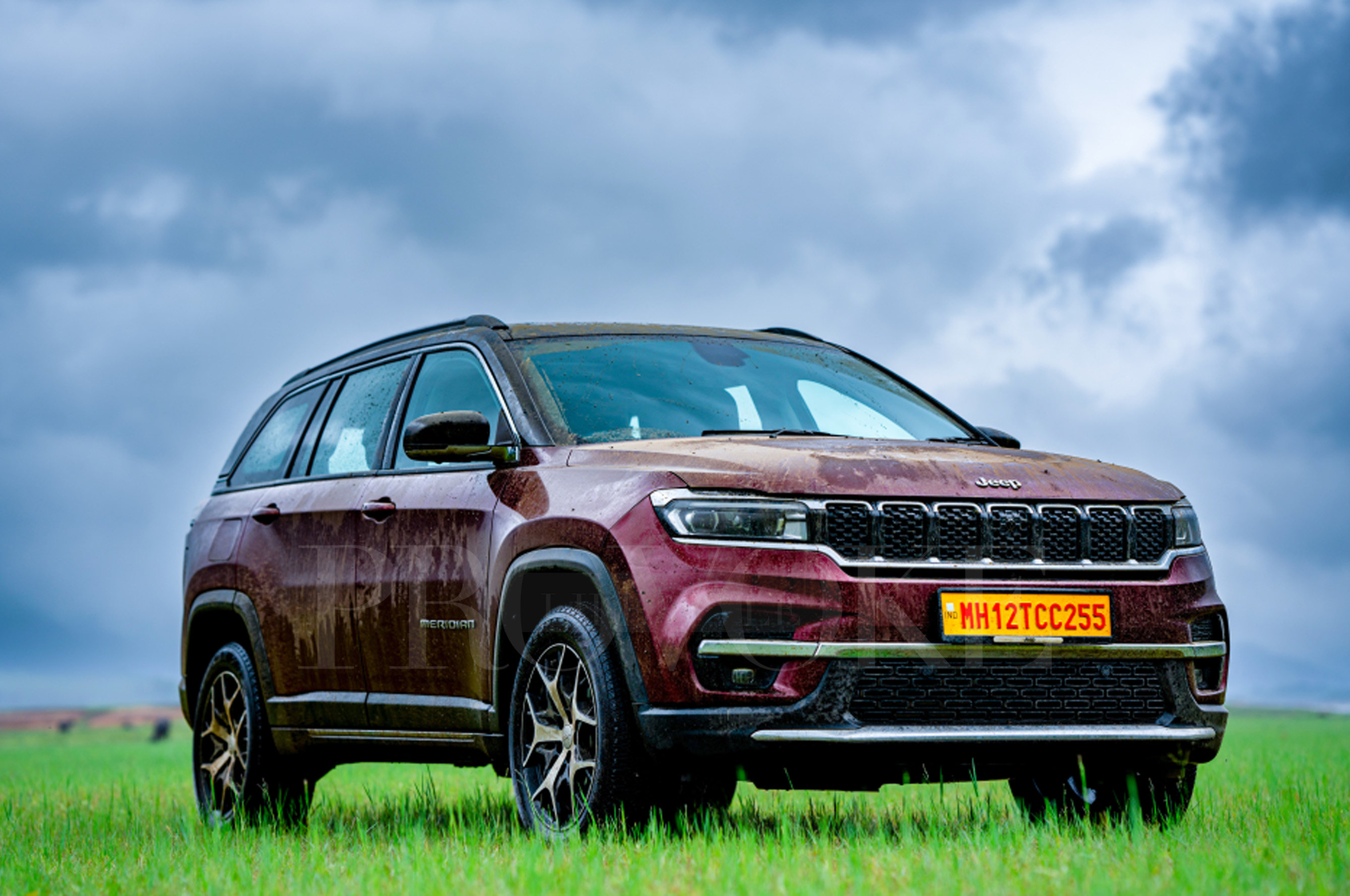 Around the Meridian, there’s a good amount of chrome. The Meridian’s proportions are spot-on. The blacked out roof and D-pillar enhance the appeal of the SUV. At the rear, you get ultra slim tail-light clusters. The Meridian’s 18-inch wheels and chunky 235/55 section tyres match the proportions of the car.

Inside, the dashboard is familiar, but the Meridian gets a two-tone, brown and black colour scheme which gives a very upmarket feel. The quality of the materials, usage of chrome and solid feel of everything, including door handles in chrome, screams premiumness. Tech-wise, there’s an all-digital instrument cluster and a user-friendly 10.1-inch infotainment system that has wireless Apple CarPlay and Android Auto and a 360-degree camera.

The front row is comfortable, just like the Compass, but the middle row is even more spacious and you sit tall, with very good visibility upfront. However, the third row is best for kids. If the middle row seats came with a sliding option, it would have been perfect.

Under the hood, a 2-litre diesel churns out 170bhp and 350Nm of torque, mated to a 9-speed automatic or a 6 speed manual gearbox. When it gets rolling, you understand how comfortable it is to drive, and surprisingly, it is easier to handle in the city than expected; the highways are even better. You can drive it all day without breaking a sweat. It is an excellent mile muncher. The way in which you tackle any sort of surface is simply fantastic. The Meridian’s independent suspension, which comes with Frequency Selective Damping (FSD) and Hydraulic Rebound Stoppers (HRS), brilliantly soaks up the ride.

When it comes to off-road capability, Jeep DNA is evident. You get three drive modes (Auto, Sand/Mud & Snow) with 4WD Low & Lock options. The Meridian gets 203mm of ground clearance meaning you don’t need to worry about surface obstacles. It is a brilliant offroader. You just have to stick to the auto mode and the SUV brilliantly adjusts the traction based on the surface. Whether it’s rock crawling or a deep drive through slush, the Meridian can do it all. It even gets 16 inches of water wading capacity.

There is no SUV in the segment which rides and handles as well as the Meridian. Plus, it undercuts the Fortuner by a huge margin with prices starting from Rs 29.90 lakh to Rs 36.95 lakh (ex-showroom, India).

Porsche has launched the new Cayenne Turbo GT, at a price of ₹ 2.57 crore (ex-showroom). The model is positioned at the top of the Cayenne range, and comes only as a 4-seater Coupe-SUV. The Cayenne Turbo GT is powered by a 4.0-litre, twin-turbocharged, V8 petrol engine pushing out 640hp and 850Nm of torque. Paired to the engine is an 8-speed torque-converter automatic gearbox.

The company claims it can sprint from 0-100kph in just 3.3 seconds, while the top speed has been limited to 300kph. The exterior includes a mildly restyled front bumper with bigger cooling ducts, and a new lip spoiler. The rear gets new carbon-fibre side-mounted wing elements on the roof spoiler. The 22-inch satin-gold wheels look great on the car.

After a long wait, Suzuki’s Creta-fighter, the Grand Vitara, has been unveiled for India and the global market. This 5th-generation model has been built in partnership with Toyota, and shares a lot with the Toyota Hyryder. Bookings have already begun. Inside the Grand Vitara, you get faux leather and features like ventilated seats, a 9-inch Smart Play Pro Plus touchscreen infotainment system, a head-up display and a panoramic sunroof.

The Grand Vitara is the second midsize SUV in India to feature a strong-hybrid powertrain. The 1.5-litre TNGA Atkinson Cycle engine, along with the electric motor, pushes out 114hp and 141Nm of torque. Mated to the engine is an eCVT gearbox. Suzuki’s All-Grip AWD technology comes with the other 1.5-litre K15C mild-hybrid engine that is also being offered.

Hyundai has finally unveiled the 4-generation Tucson for India. It gets a longer wheelbase for India, and bookings have already started. The Tucson is easily the most stylish SUV in its segment. Inside the SUV, features include a 10.25-inch touchscreen infotainment system, a 10.25-inch digital driver’s display, a panoramic sunroof, 360-degree cameras, Alexa and Google Assistant, an 8-speaker Bose sound system and lots more.

The new Tucson is also Hyundai’s first model to feature ADAS technology. With Level 2 ADAS, you get functions like forward collision warning, lane keep assist, rear cross traffic alert, etc. The Tucson comes with a 2.0-litre petrol and diesel engine. The petrol engine makes 156hp and 192Nm of torque, paired to a 6-speed auto ‘box, while the 2.0-litre diesel produces 186hp and 416Nm of torque, mated to an 8-speed auto ‘box.

Audi has launched the latest A8 L in India, with prices starting from `1.29 crore, going up to `1.57 crore for the Technology trim. You can book yours today, for `10 lakh on Audi India’s website. The A8 L will continue to be imported as a CBU, and it happens to be the least expensive in its segment.

The new A8 L is powered by a 3.0-litre, turbo petrol V6 engine, featuring mild-hybrid tech. It makes 340hp and 500Nm of torque, paired to an 8-speed torque converter automatic gearbox. It also gets Quattro all-wheel-drive tech, and can go from 0-100kph in 5.7 seconds. Top speed is limited to 250kph.