777 CHARLIE HAS CREATED AN IMPACT AMONG THE AUDIENCE IN THE PET ADOPTION SPACE. WE SPEAK TO THE DIRECTOR KIRANRAJ ON THE MAKING OF THE FILM 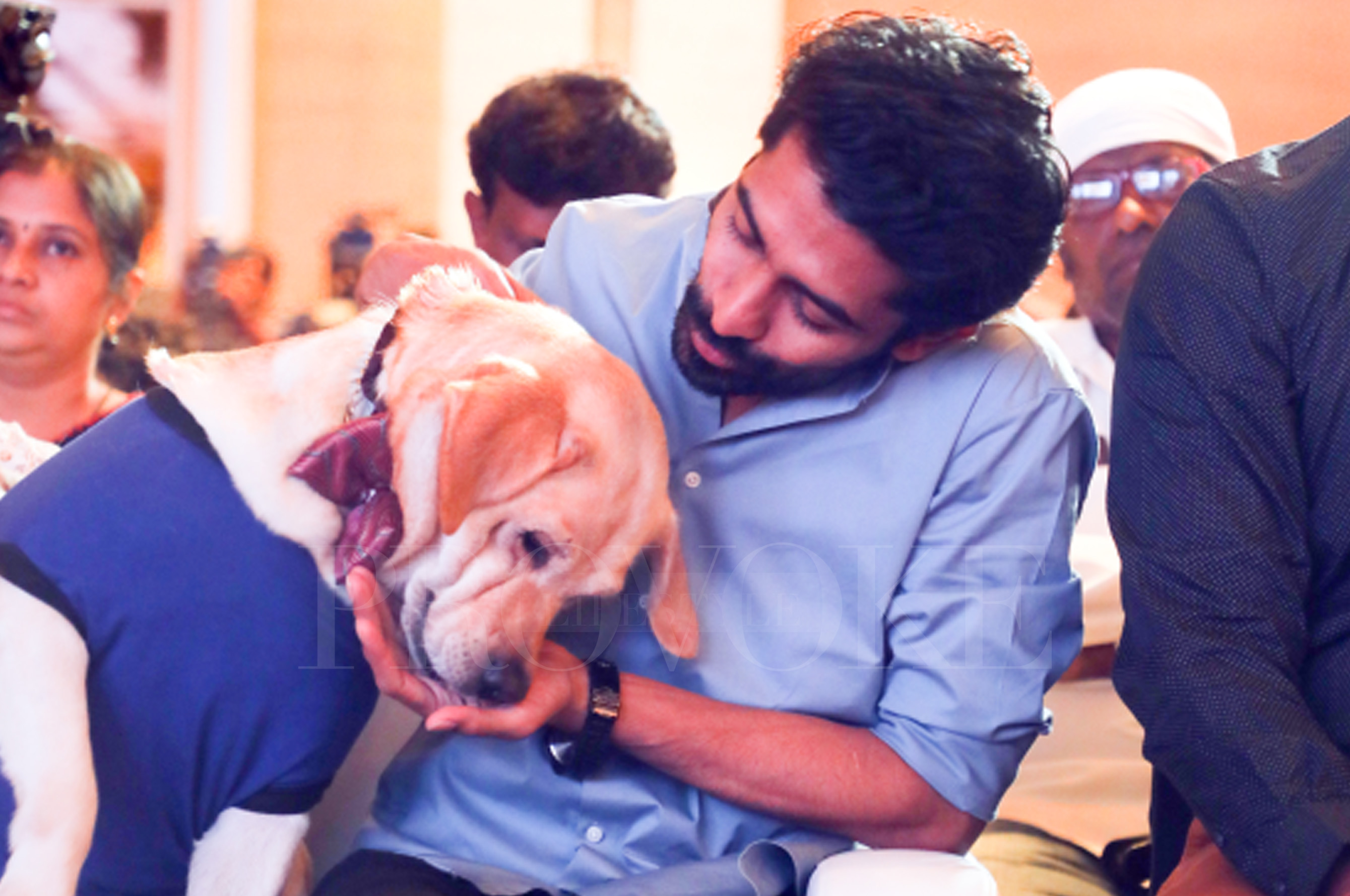 Kiranraj, director of 777 Charlie shares some interesting anecdotes from the making of the film and some beautiful moments with Charlie, the dog .

1. What was your idea behind the making of 777 Charlie?
This movie is about the relationship between a dog and a human. It is about how the life of a human changes after a dog enters into his life.

2.How was the experience shooting with Charlie? Was it easy to make Charlie perform to your commands?
It was challenging because even handling humans is not easy, so handling a dog can be all the more difficult. We had around 350 takes. Generally we can take 20-25 takes per day. But with Charlie, we only had 1-2 shots per day. We patiently made the scenes and that clearly reflects on screen, as the results have been extremely positive. The whole movie was challenging but we had the patience. Also Charlie performed well and that resulted in the quality of the movie that everyone has loved.

3.The dog has been trained to perfection. Who trained the dog and how was his experience in training him?
BC Pramod is the trainer who trained the dog. We made a list about the tasks that Charlie needed to perform in the movie after completing the script. I contacted many professional dog trainers. While explaining the tasks they all replied it was not possible to train the dog for such tasks. Around 40 trainers backed off from the task. We had only two options – either to train or use VFX to achieve a realistic outcome. So while our search for the trainee continued to find the right dog trainer, we were lucky to meet Pramod from Mysore. I explained to him and he said, “We can do sir but we need the time to train”. I gave him the time he needed. It took two to three years only to train the dog. We also gave the training to our lead actor Rakshit Shetty for his interactions with the dog. At first we trained the dog for 15-20 tasks and then we shot the scenes and then continued to add more tasks. This kept adding as a pattern and we were able to accomplish our vision.

4. Any specific reason you choose a Labrador?
I had a strong reason to choose a Labrador. When you watch the movie you can understand the reason; I also didn’t want any inbreed issues. I always wanted expressive dogs. So I looked into many puppies’ photography and videography but nothing convinced me. Then my friend called me and said he bought a dog; it was hyperactive and was making a mess. So he wanted to give it to someone else. He asked me whether I wanted it. The Charlie who was problematic to him had all the characteristics I wanted for the movie.

5. Where is Charlie right now?
She was in the kennel of the trainer during the post-production. Right now, I have adopted Charlie. We had three Charlies. The puppy was with Rakshit. And another Charlie was with our trainer.

6. Did Charlie come to the audio launch?
Yes. She had a great entry.

7. Rakshit Shetty is a popular star in Karnataka. Did he dub for himself in Tamil?
No, the last movie of Rakshit Shetty was dubbed by Shekar. He dubbed exactly as Rakshit speaks in Kannada. So I wanted him to dub in Tamil and his dubbing was perfect.

8. Was it challenging?
It was challenging because there were many variations for Rakshit’s voice depending upon the situation and emotion. He had to dub while seeing all the visuals.

9. The film was released in theatres first and now an online release is awaited in Kannada with dubbing in Hindi, Tamil, Malayalam and Telugu. What kind of new experience can dog lovers expect from this movie?
This is not a normal dog movie. It’s about a person who is an introvert and doesn’t like dogs. When a dog enters this person’s life, she changes everything. The dog gives the person a new lease of life and whatever he missed in his life. After watching the movie the emotions and experience will stay in your heart for a long time.

11. How was Bobby Simha cast in this film?
He was actually playing an important character in the second half where Dharma, the hero faces some issues and he meets him (Bobby Simha). Whatever Dharma was trying to explore, this character had already explored. I wanted a Tamil actor, so I met him and narrated the story and he loved his role. Even though the role he was playing on screen wasn’t a long one, it was a powerful character.