JUNE WAS CELEBRATED THE WORLD OVER AS THE PRIDE MONTH. WE NEED TO NOT ONLY ACCEPT BUT ALSO CELEBRATE THE QUEER COMMUNITY BECAUSE PRIDE DOESN’T END WHEN PRIDE MONTH DOES! 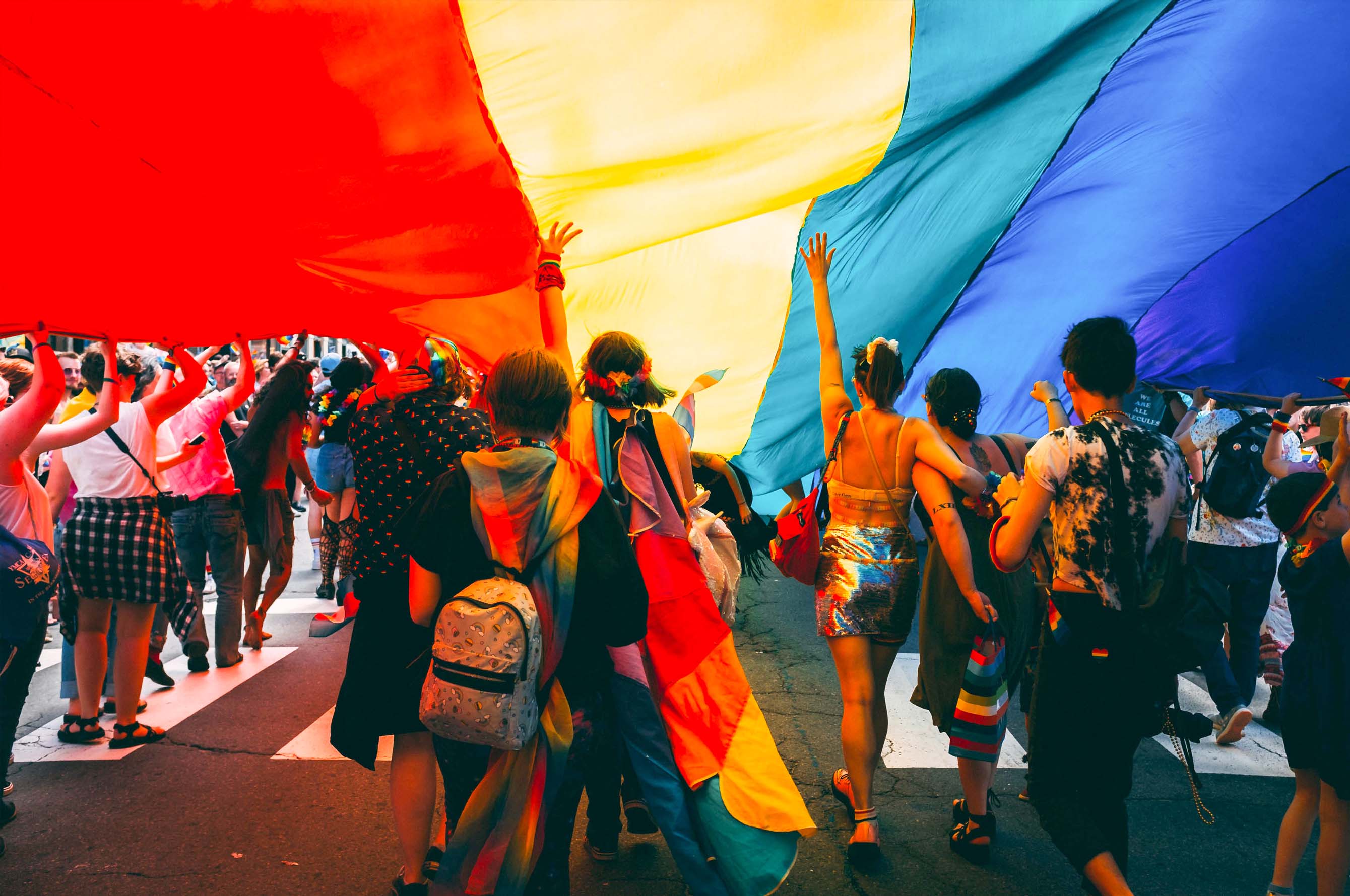 The LGBTQ+ struggles can’t be discussed in isolation to the multiple debates on feminism. Most of the issues are interlinked. It is the trap of the perfect man and his subservient other half.

Feminists world over protest about the skewed inequality that they face not just in the public domain but even in their homes.

The apathy a gay man faces from a heterosexual man is on the same grounds as a woman is viewed from his lens.

Women hesitate to tell you the truth about their domestic issues because of the fear of being viewed as too bold or misjudged as being loose.

According to Nina, a homemaker, she confided with much hesitation about her husband. Even before she began talking, she bit her tongue to continue praising him as a habit.

She said, “He is the kind of guy who makes me feel safe on my occasional drunk evenings.” She was grateful that he is magnanimous about the praise and compliments all her friends easily. She said “He is the gentleman who never uses swear words. Everything is measured in goodness. Also, everyone gets bushy-tailed and bright-eyed as they speak to him.”

As she spoke, Nina looked down. She mentioned falteringly that he barely compliments her but in the same breath she mentioned that it’s a given for most spouses. Men don’t show affection. She felt sad but was fine with it.

As I held her hand, she broke down and said she is a crushed woman under the weight of the lies. Her educated spouse won’t accept her brother who is a transgender. He has warned her to not invite her sibling for any of the social gatherings at home.

Nina said she is at a loss about the person, her husband, who she encounters when they are alone at home. She feels abused, without him saying anything to her.

She has tried to plead but he has not acknowledged her hurt or the stifled voice of grief. He was cold and unfeeling towards her.

She hasn’t yet spoken about this to anyone and fears judgement, as he is marvellous with people and very popular.

Nina has not been able to open up about her grief to anyone. She said no one would trust her version of him.

Her parents thought the world of her husband. Not that he was particularly polite to them. But he was charming in his superficial way. They too have not accepted their own transgender child and are most understanding of her husband who has transphobia.

Her mother was enamoured with his success and hushed up Nina any time she tried to say anything against him. For her parents, it was the new car that Nina was seen in year after year. That kept them in awe of her life. They refused to see the broken spirit in her sad eyes. The shine of the sedan blinded their vision. It was an aspiration that they found fulfilled in Nina.

Nina said she has been feeling sick for months. Recently on investigation, it was detected that she had breast cancer. Nina is aware that this will be a lonesome journey. The fear of the impending loss of her femininity has broken her spirit further.

She confided that she goes alone for her check-ups and is unkempt most times. She barely has any energy left. The unending ordeal of medicines, loss of weight, hair and above all her sanity and semblance is too heavy on her. Her disease is progressing aggressively. At this juncture, she is at a loss in a haze of medicines and somedays delirium.

She is aware that he is getting more engrossed in his work. She must understand.

I told her that he is refusing to look into her brokenness. He is continuing his life unapologetically as hers was declining. I held her hand and lied to her, that she will be fine soon. I feel devastated that I couldn’t tell her how wonderful and real she was. I wished, I had told her that it takes no great character to be polite and well-mannered to the exterior world.

Most women don’t understand that qualities like respect, accountability and responsibility must be the first criteria to find in an ideal partner. Nina was crushed under the weight of her delusions about him and what people said. She could not see that he had none of the qualities that were needed to fill up her home.

I could see that he would always be swimming the surface of the still stinking tank of social mores and Nina would forever be in the depth of the ocean, searching for the sea urchin and the oyster. Their world would never meet.

Nina is no more. One evening as I was passing her house, I could see him against the light, lighting up his cigarette and adjusting the music shelf. He looked handsome against the evening sky and his shoulders looked relieved of responsibility. The tears soaked my face, I could see Nina’s eyes peering into mine and her words rang in my heart “do you believe me?”

Men don’t look at homosexuals as men. They are not treated as men. Transgenders are considered evil. Women who dare question the age-old systems are naturally considered loose and immoral.

The LGBTQ+ cause isn’t separate from the feminist issues and Nina is among the many women who fall into the trap of thinking that sexless marriages are “normal.” While they are common – estimates for the number of sexless marriages range from 10 to 20 percent of all marriages.

LGBTQ+ issues are in sync with the feminist struggles. We are all part of the patriarchy that rules the roost.

– By Mohua Chinappa. Mohua is an author and a podcaster on The Mohua Show.