YOU MUST HAVE NOTICED POSTERS OF A MAGIC SHOW AROUND THE CITY IN THE LAST TWO MONTHS AND MAYBE EVEN GOT A CHANCE TO WATCH THE PERFORMANCE. HERE’S A CONVERSATION WITH THE SHOWMAN AND A MAGICIAN ALEX BLACK, WHO HAS PERFORMED IN CHENNAI THRICE ALREADY 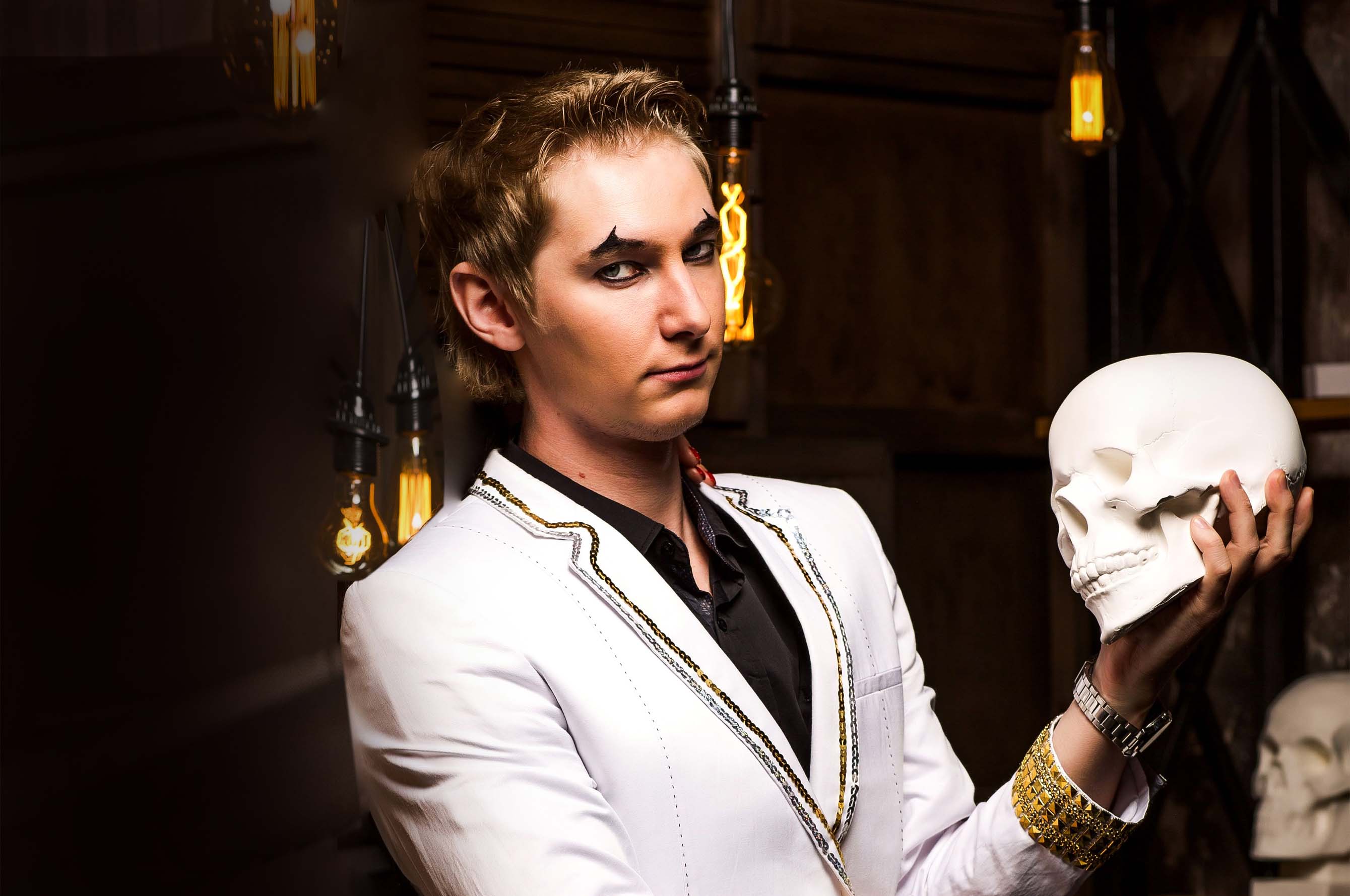 Alex Black (AB): I am so excited to debut a completely new show in Chennai. My team and I have been preparing for the last two years during covid times. So it really feels nice to be back to performing. Nice to meet again, Jane and yes, I am glad to be back. This is my fourth visit to India and to Chennai. And every time I am delighted to meet my fans and also meet new audiences. I am happy to bring a completely new show that I hope resonates more with the times.

JK: Even I am your fan! I saw your show in 2018. We expected you here earlier

AB: The situation with Corona has spoiled many cards and altered the lives of many. It was especially hard for us artists. Imagine, I had no shows for over a year during covid times. Do spare a thought for people who work for themselves and earn their livelihoods from show to show rather than work for an enterprise. I have been doing my magic shows for the past 15 years and I’ve visited over 20 countries around the world. And in some of the countries I give around 50 shows and return again. Like in India, for example. I would have loved to come earlier but these have not been usual times.

JK: Oh, really? Is India one of the most visited countries among your scheduled tour?

AB: Yes it is. And I especially love Chennai because it looks a bit different from other parts of India and I even modify my show specially for the Chennai audience. One of the magic tricks is to recognise a celebrity and who is our favorite celebrity in Tamil Nadu? Right! Rajnikanth Sir!

AB: Of course I do! When I am in Chennai and go for movies! I have seen many hit films with some of the best actors! You know I am an artist, a showman and I constantly study art around me and in different places I visit, I draw inspiration for my new shows, my imagination widens when I see other mentality and other perspectives about art. And movies are definitely a form of art and have a huge impact on our lives. My shows have audio and visual effects, special numbers for the Chennai audience and even some hit movie songs.

JK: So you watched a Rajnikanth movie in a theater? You must have been surprised with the reaction of the audience?

AB: Absolutely! I have traveled a lot around the world but haven’t seen a more loyal audience than in Tamil Nadu. People cheer, clap, whistle as if a real hero is in front of them and not on a screen!

JK: And at your shows?

AB: LIke I said, the audience here is one of the best I have worked for! And I wish they would cheer a little more at my shows because I see how shy they are. Shows were staged at the Russian Center of Culture and Science where the ambience is like that of a foreign country and perhaps that’s why the audience is not as exuberant as they generally are. So I am saying it’s OK to express all your emotions, for us artists it is the best reward. I am getting so many warm responses and reviews. Some of them come to see the same show 3-4 times because they like it so much. They follow me on social media, text and comment that they want to learn magic too

JK: And what do you reply? Is it easy to be a magician?

AB: Well…(chuckles) Sometimes I think being just an engineer would have made my life so easy, if I listened to my father (Laughing) I am sure that my parents would have wanted me to have a solid profession. Such as a doctor, or lawyer. But life turned magical for me. I entered a college of circus arts and that is where I got introduced to performers, illusionists, acrobats. And eventually, I became one of them, a magician myself. I fondly remember my first show at the Dom Cultury (house of Culture) in my hometown. I saw the bewildering, dazzling eyes of the audience! A spark of magic turned adults into kids as if they always had been kids! Children were mesmerized and in their minds, they were transformed into a reality of magic where anything is possible! That very moment, I realized that it was my calling. Make it magical, and let people feel the bliss even if it lasts only for a while. Deadlines at the office, daily worries, stress of work or exams, and other burdens of life all magically vanish into thin air when you come into contact with the wizard and his performance.

JK: Did it ever happen that something went wrong during the show?
AB: Thank God no. I pay a lot of attention to details. I have my two beautiful assistants and we practice a lot. We cannot disappoint our audience and fans, we cannot let them down because we are the people who transform ordinary into extraordinary, we perform live magic and there is no way you can stay away from the whirlpool of alchemy on stage.

Perfection is not the aim but the minimum requirement for a magician. I am very meticulous and well prepared for my shows. It is not a movie, there is no second take, and hundreds of curious eyes are on me, some believing what they see, some trying to unriddle my tricks. (smiles) I never give them a chance, so thankfully, all performances in all my shows have been without a hitch.

JK: Who is your inspiration, a role model, who you see similarity with?

AB: The biggest illusionist of all times David Koperfield, his shows puzzle even most adroit magicians. And Micheal Jackson is my hero who mastered the art of performances. His songs have the power to heal the world and make it a better place!

JK: I thought you would name Harry Potter too.

AB: (smiles) Actually when I started my career as a showman, this character became popular and I was asked this question many times. The only similarity I can draw is just like in Harry Potter’s fictional school of magic we have to study and practice a lot. One has to be diligent and dexterous to become a magician. And we have a mission which I believe in both cases is to use the powers of people’s imagination to transform reality for the better. 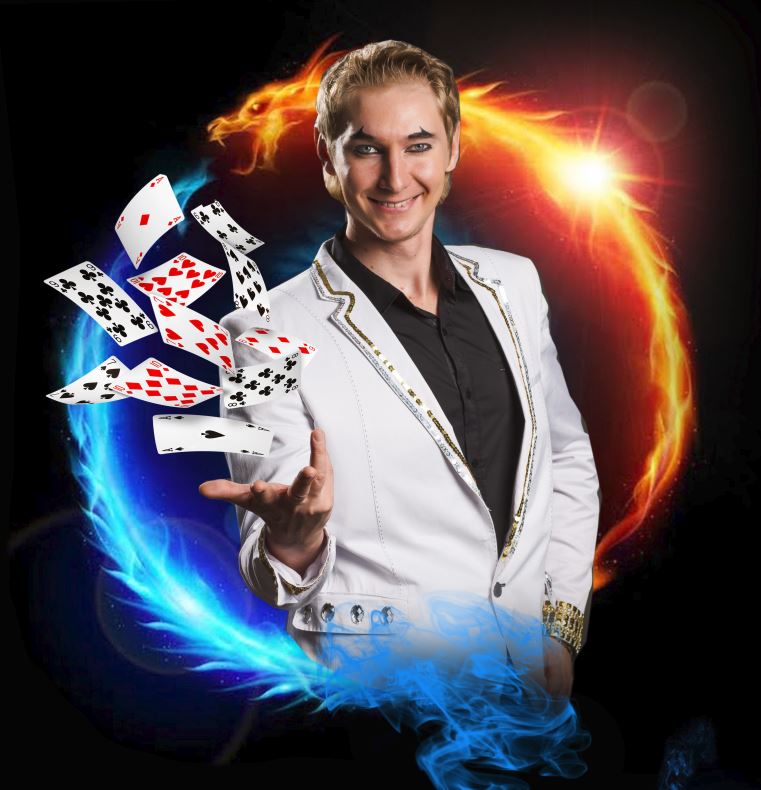 But there is one thing that I want to tell you: magic may happen not only at my shows or on the screen. We can create it in everyday life too. Believe and make others believe that the world around you can be better, that dreams can come true. Inculcate the power of magical possibilities in the smallest citizens around us,my best fans, because they grow into adults with bigger vision and better self perspective.

– By Jane Kataria. Jane is a Doctor of Arts, a radio jockey based in Chennai, has acted in several movies, TV series, short films and YouTube channels, professional belly dancer and was also crowned Mrs. Tamil Nadu 2018.