REBELLIOUS YET POPULAR SINGER, SONG-WRITER AND DENTIST NIKHITA GANDHI GETS CANDID ON HER MUSICAL JOURNEY 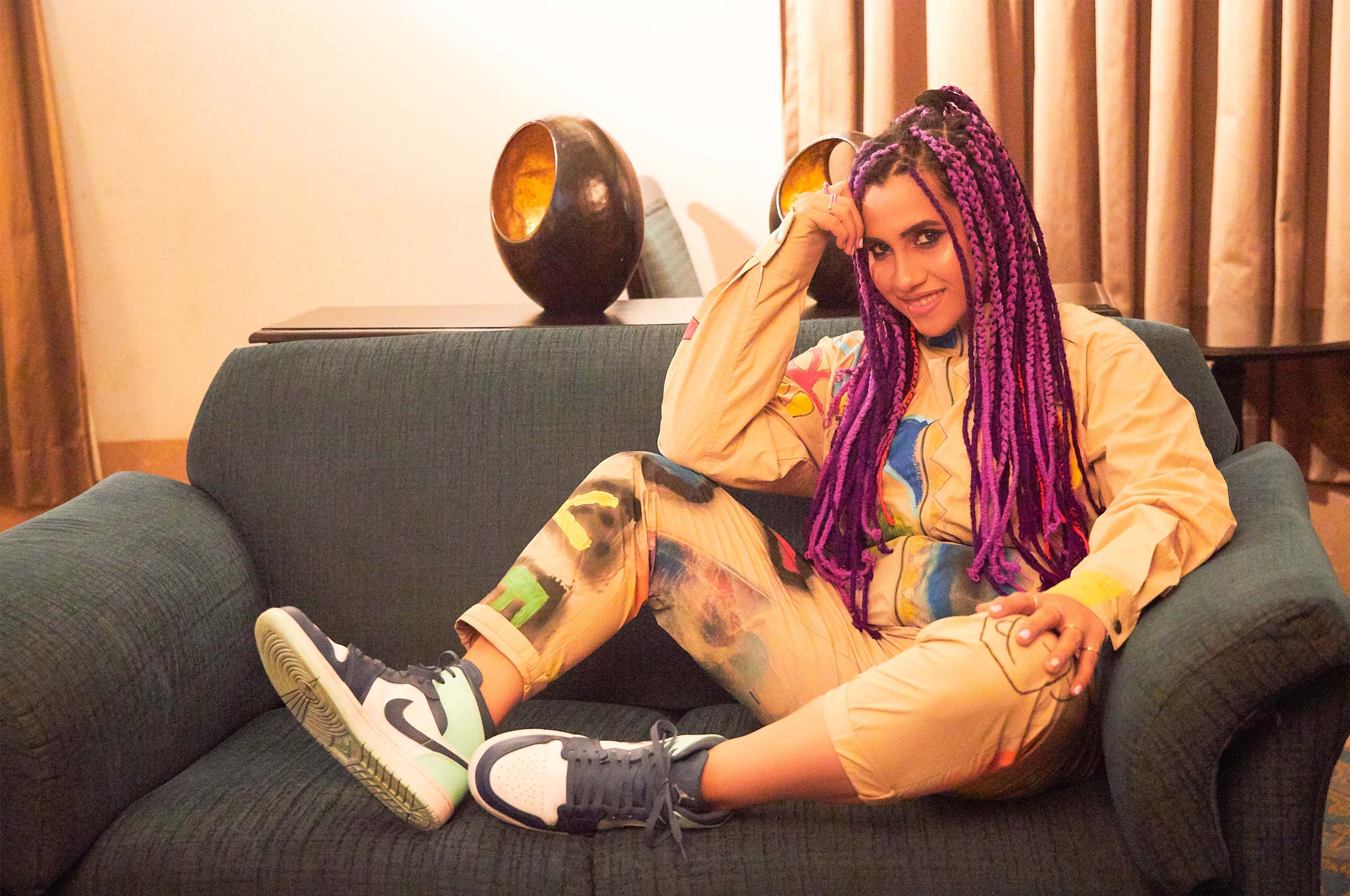 Nikhita Gandhi has stolen many hearts with her unique voice from her very first song Ladio in an AR Rahman musical. During lockdown her #JugnuChallenge made people shake bodies with positivity. The songstress shares her journey from a rebellious student to a professional singer, her love for music and Chennai with Provoke Lifestyle Magazine

How do you feel being in Chennai after a long time?
I love it here and I’m feeling nostalgic to be back. I’ve not been staying here for many years, so I think my Tamil has become very rusty. I should eat dosas and have this conversation I guess (she laughs). I did my dentistry here and I’m a dentist, but now I don’t practice it anymore

What’s your new hairstyle all about?
I was experimenting with my hair during the lockdown. I make these myself. I wanted to colour my hair but the hair colourist sent me back home saying you’re getting too experimental. So, I was trying to figure out how to do something cool with my hair and then I started doing these braids.

When did you start singing and any memories of earlier days?
I don’t think I ever decided to be a singer, but my professional music journey started here in Chennai. I learned Hindustani music as a kid. I went to the KM Music Conservatory because I was bored of college. In the evenings, I would go and do some classes there and that’s where I met AR Rahman sir. I started singing small scratches for him in different movies, and then my first song ‘Ladio’ happened.

I’ll tell you a very interesting story of one of the first times I bunked. I did something very rebellious in my life. I was always a good student and would never break rules. I was studying in Ramachandra and our college was not taking part in IIT Saarang. I was deprived of music. I took my guitar and got out of the campus at 6 in the morning and figured out which bus to take and how to go to IIT. When I got there I registered for solo singing Indian and Western. I won the Western singing competition and came second place for Indian singing. It was the first time in my life I had done anything so out of character. Now when I look back that was a big moment for me as it was the first time I got validation for my music. Rahman Sir called me at the time when I didn’t know Shankar sir was in recording. My first playback solo is in Tamil, a language that I can barely speak in very high scale. My friends asked me how did you sing this song without knowing this language. I’m so glad that the first song launch was a hit and had Arnold Schwarzenegger as a chief guest at Nehru Stadium.

What was the struggles you had to face initially?
It was balancing college and music. I sang Ladio in my third year of college. In the evenings, I was doing music and attending college during the day. I was already touring with Benny Dayal by then. My struggle was doing all nighters and spending sleepless nights. I remember studying in the bus. I had to do that extra hard work for the first two to three years but it was worth it.

What is in the pipeline in terms of your work currently?
I don’t know which film song will release first. The last one was from Dhaakad then Jugnu, of course, did really well. I did an English song that was just released three days back with a Canadian artist. I have an EP that’s going to drop in just about a month. So, a lot of music is coming out – both independent music and films. I had sung both with Bappi Lahiri and KK and it was really sad to hear about them recently. I was to perform at the same venue in Kolkata where KK had his last show, but the venue was changed for some reason.

Share your experience working with Badshah for Jugnu
He is really chill and awesome. I have a lot of fun recording with him because he lets me be me. He lets me do my own thing. I didn’t expect it to be as big as it was, so it felt really awesome.

Which music director do you want to work with?
Santhosh Narayanan and AR Rahman

If not a singer?
Dentist

Which singer would you like to sing for?
I’ve already sung for Amy Jackson and many other stars, but it really doesn’t matter who’s on screen. I just want to sing a good song.

Who is your college time celebrity crush?
Dulquer Salman

Your favourite song?
I like Cherathukal, a Malayalam song

What was your first salary?
I got paid about 3,000 rupees to sing at Hilton hotel in Chennai.

What’s your favourite travel destination?
To travel to new places every time.