WHEN `NEUTRALITY’ IS CAUGHT IN THE CROSS FIRE BETWEEN IDEOLOGIES 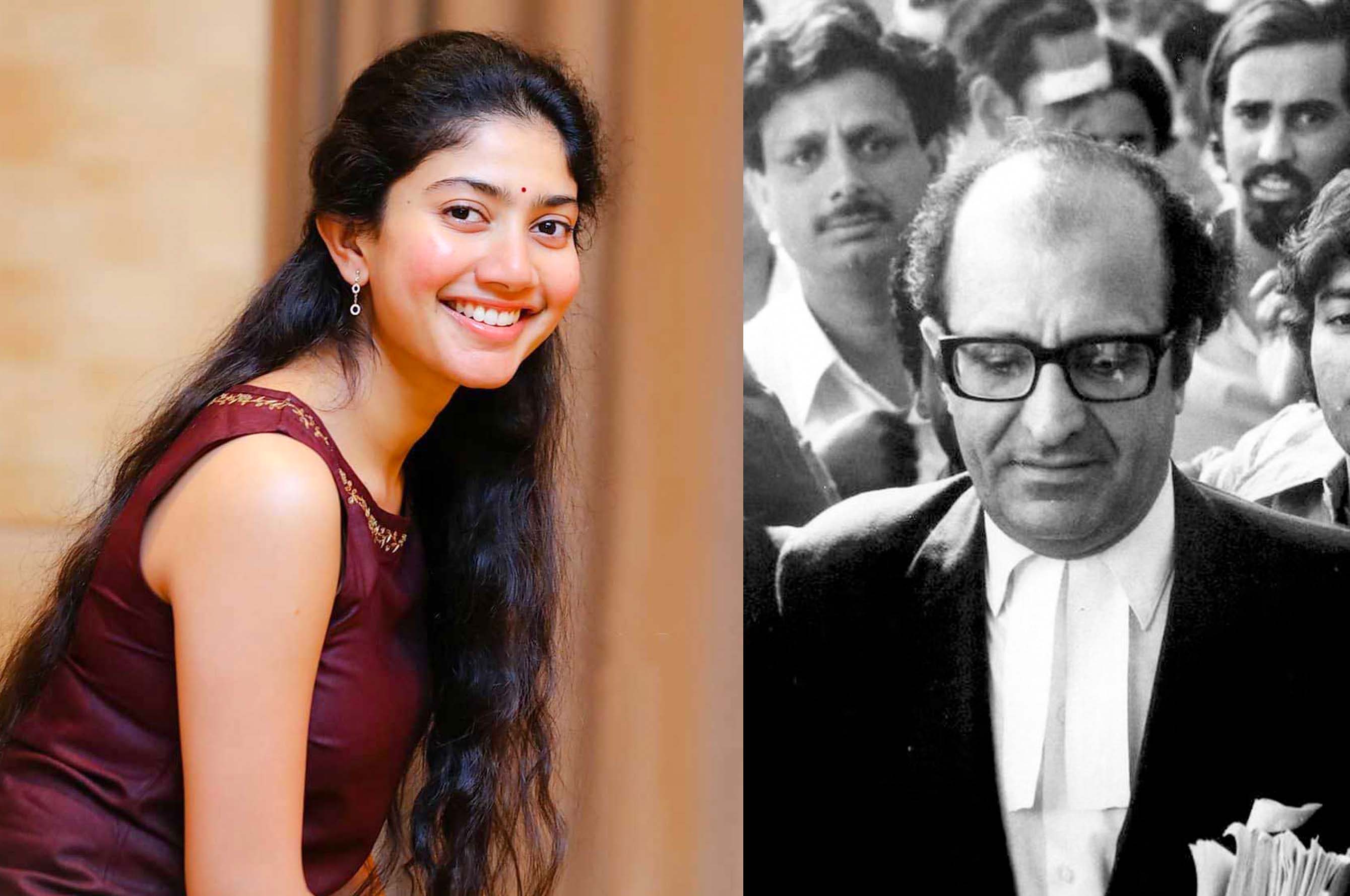 `Fools rush where angels fear to tread’ – Alexander Pope. That’s what exactly the new social media ideological war has turned into. Many fear to tread and war is reflected as if it is `National Mood’.

Taking a neutral stand is not easy, especially on social media era. When India tried taking a neutral stand during Russia-Ukraine war, it was hard for the country to define and defend its stand. It had to draw a lot of flak from powerful western countries, which wanted India to toe the lines of NATO. There were a lot of `net war’ in defense and against Indian stand on social media, criticizing and abusing each other.

India is a country and it has a system to defend itself, whether in good or bad situation. However, it makes an individual, especially when in public life to tread a neutral path. One has to defend themselves, though a small group may try to comfort you.

That’s what exactly baffled me when the controversy over South Indian actor Sai Pallavi broke. I don’t remember watching any of her movies. She was under fire by `net warriors’ and Bajrang Dal has filed a complaint against her in Hyderabad.

I was curious to know what she said. During an interview for YouTube channel, the actor was asked about the movie, `The Kashmir Files’ and Cow Vigilantism’. The actor said that the oppressed should be protected. Stating that she was brought up with a `neutral or secular philosophy, Sai Pallavi said: “I was taught to be a good human being. I was told that the oppressed should be protected. Whether you are left wing or right wing, there won’t be any justice if you are not a good human being.’’

I didn’t understand which part of the statement hurt which ideology? It doesn’t have to, as the ideologies keep waiting for a reason to exhibit provocation. The people involve themselves in all the issues, despite not understanding the issue and issue being inconsequential to them. At the drop of the hat, the ideologies take to the streets, which, at the best affect the social fabric, economic growth of the country and distract our armed forces from their core duties.

Ideology in administration is nothing new to independent India. At the time of independence, Indians were new and innocent for democracy and India inherited huge burden of British bureaucratic administrative legacy. It was exactly the same as British rule, where the administrative system was tailor made to suit the needs of those governing the country.

The first election in India was fought between Congress, Communist and the Praja Socialist Party (PSP), where Congress won hands down. PSP was touted as `capitalist, rightist’ party, while Communist was a leftist party. Congress treaded middle path, calling itself as socialist ideologue.

Praja Socialist Party witnessed an early exit from Indian political arena. Though communists had no business in poverty ridden India, it remained as principal opposition for long time, capturing power in many states. The ideology of Karl Marx, which was a class struggle between `haves and have nots was aimed at developed, industrial countries like Europe and America. Ironically, it started finding ground in poor, agriculture-based countries like Russia, Balkan States, South America and Asian countries like China.

All that the communist ideology did to these countries was to break down the socio-based agricultural economic system, giving rise to `union mafia’ controlling the governance. Even in India, Communist party emerged as main opposition for long time and captured power in many states. Though the communist is holding to Kerala as its last bastion, the `union mafia’ structure of administration can be still witnessed in states like West Bengal.
Most part of the independence, Congress lived on a legacy built over a `narrative’. During this part of timeline, the communication was not much evolved and the narrative of `freedom movement’ and `Mahatma Gandhi’ was built based on `selective’ facts. The emotional Indians got carried away with the narrative as well as administrative slogans of the Congress. There were few like Nani Palkhivala and others questioned continuing British legacy in the administration and Palkhivala went on to write two books – We The People and We The Nation over it. However, the books hardly reached the masses.

Though BJP countered most of the narratives built by Congress, including that the Congress was sole reason for India getting independence, they abstained from touching core sensitive issues like Mahatma Gandhi. During the preliminary stages of communication revolution between 1999-2004, BJP got one chance to rule the country, but failed to return back to power.

The scene was different in 2014, when global communication revolution had already witnessed phenomenal change in mobile technology. BJP made full use of it, including social media to rip apart most of the Congress narratives, including its `socialistic, secular’ fabric. The narrative BJP built was `Hindutva and Development,’ which touched aspiring young mass. However, few could foresee the consequences of a complete `U-turn’ in the focus of any country.

BJP was sitting on extreme right wing of political ideology, with `development at any cost’ slogan. During the last eight years, the development in India is taking its own toll on the environment. However, BJP, which came to power on Hindutva has forgotten the fact that Hindu is based on the principles of living with nature. The conservationists are being seen as `anti-development’.

Worst is the social structure of the society. Clueless Congress went defensive on the onslaught of its traditional narrative of `social, secular’ fabric of the society. The BJP social media cell demolished the caste based social fabric and went offensive against secular, creating a divide between Religions of Indian origin and Religions of Foreign origin. This has left Congress to survive only on minority votes and decided to strike back. While there has been huge `street fight’ over minority, farmers, backward rights on the street, it also triggered a fiery `net war’ of ideologies. Most of the non-BJP parties are backing Congress in this endeavor.
The trouble is for common people, who cannot escape from usage of social media. A large population of the country is not interested in getting involved with this `hate war’ and try to tread a neutral path. However, both the groups do not see them as a `harmless neutral’ crowd. The single question being asked is: `You are with me or against?’

A difficult question to be answered as most of our friends would have taken a stand. The two groups have professionals to monitor everyone’s friend list, where the ideologues would have decided if a person is for them or against. All posts are constantly monitored and if any post or interview on social media is anywhere near offensive to their ideology, their entire cell would pounce on the person to tear them apart on various platforms of the social media. The new trend is to file police complaint against such persons for `hurting their sentiments’.

That’s what exactly happened to Sai Pallavi also. Her statement was interpreted as `equating Kashmiri Muslims to Cow Vigilantes’. Though the actor tried to clarify through almost all the social media platforms, the battle had already begun and it would be taken to the `logical end’ of defaming and branding her as anti-Hindu.

The things are no different in the opposition camp led by Congress. The tool kits are very powerful. They have taken up many issues supporting various issues, misrepresenting statements of many individuals, lodging complaints against casual remarks made by neutral individuals on social media platforms.

Today, no one believes that the spontaneous violence across the country over various issues ranging from religious or political are spontaneous at all. The social media has the biggest role in setting the fire. Interestingly, issue is not an issue here. It is just an opportunity, which could set the ball moving in favor of those who set the fire during forthcoming elections.

The sufferer here is a common man, who remains a mute spectator like the `common man’ in RK Laxman’s cartoon. In his book, `We the People’, Palkhivala had rightly said: `All isms are dangerous’.

– Vinay is a seasoned writer and a guest columnist who has had a long standing career with various top publications. The opinions expressed in this column are solely those of the author. They do not purport to reflect the opinions or views of Provoke Lifestyle Magazine, Paulsons, its management or any of its employees.