LISTEN TO YOUR HEART; IF ANYTHING GOES BAD, STRIVE HARD ENOUGH TO MAKE IT WORK; ALWAYS PURSUE YOUR DREAMS – ACTOR SATYADEV SHOWS THE WAY TO REALISING DREAMS 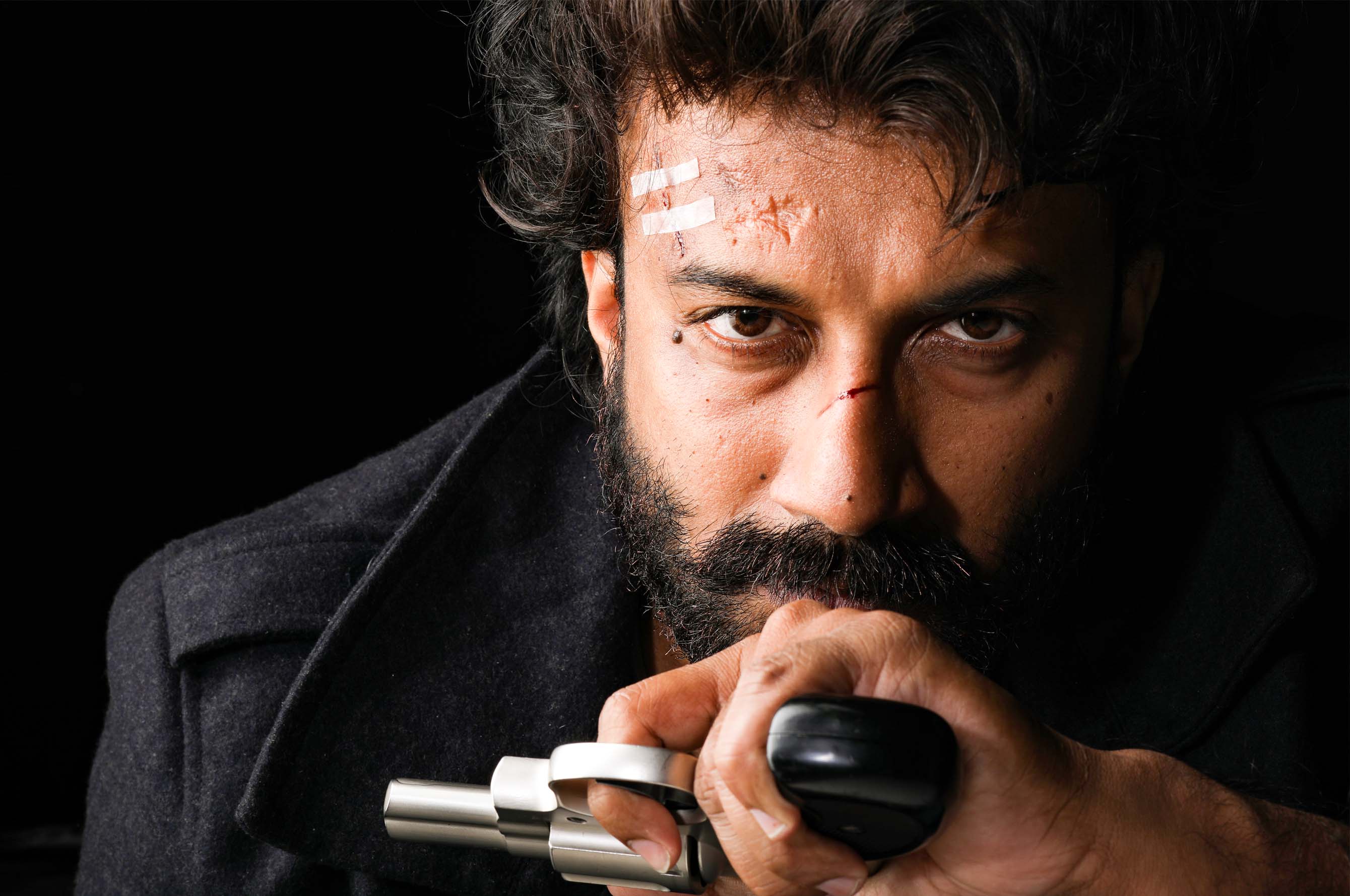 Being able to follow your dreams is indeed the first step to realising them. Actor Satyadev left behind a successful IT career to pursue a career in films. With each film he is growing from strength to strength, and has been garnering critical acclaim for his nuanced performances; the latest to add to his filmography is ‘Godse’ directed by his partner in the hit film ‘Bluff Master’, Gopi Ganesh. “Every one of the Fridays that my films released contributed to my rise and journey,” he states.

Satyadev relates, “One of the reasons I did the film is because of Gopi. I also relate to the subject. 95% of people study something and do something totally unrelated to what they study. Most youth do not have a destination. With this film we raise this issue again.”

He further adds, “I, myself know so many of my friends who studied chemical or mechanical engineering and ended up working in IT. There are so many graduates working as delivery boys. I totally relate and agree to the premise of the story that we must question. I was excited to act in this film, but wondered if I could do justice. Gopi felt I would be great for the role. Perhaps this is the first film with such intense performance as the angry hero.”

Even though ‘Godse’ has a negative reference, Satyadev thinks it is the perfect title for the film. “From the time Gopi Anna wrote the story the name of the character was Godse. Because, there is a strong connection. In a childhood episode when he is asked to act as Godse in a play – he thinks a lot to even shoot with a plastic pistol. He says he won’t kill – ‘I love Mahatma.’ How this kids grows to become the gun wielding vigilante.

Satyadev reveals that he is also like Godse. He is quick to question. “I do not mind forgoing a lakh where there is a genuine need. I definitely fight for my rupee if its being wrongly charged. Sometimes my friends get embarrassed. But I feel we must question if someone wrongly takes what is rightfully ours.”

“This film is a love story between me and society. Gopi’s core strength is that he can say the most complex thing in a simple way. He is stubborn to get what he wants. His making is very good. He was the one, who believed in me and wanted to cast me in ‘Bluff Master’. I have a lot of gratitude towards him.”

The heroine of the film is Aishwarya Lekshmi. She is a Malayalam actor. She has done many good films in Tamil and Malayalam. “‘Bluffmaster’ is the perfect launch for her in Telugu.”

Satyadev has been acting in many interesting projects that include a few hits and some misses. ‘Bluffmaster’ was surprisingly not a rage in theatres, but when streamed on an OTT platform it created a record of sorts. Satyadev says, “At the time when it was released, there were 100 things that went wrong. One of the things that went wrong was poor planning. Ultimately, it boils down to publicity and marketing. Everyone has to step in and make sure the film reaches to maximum audience. We are living in an era where you really have to promote stuff. You can’t make film and release it expecting people to flock to the theatres like in olden days.”

While choosing films Satyadev picks projects that won’t bore him. “I get bored very easily. I always keep saying I will act in films that will make me get up at 5’O clock in the morning and get to sets by 7am. Without energy, and motivation I cannot perform and that has to come from within. To cater to this motivation, I only do films that I like very much. 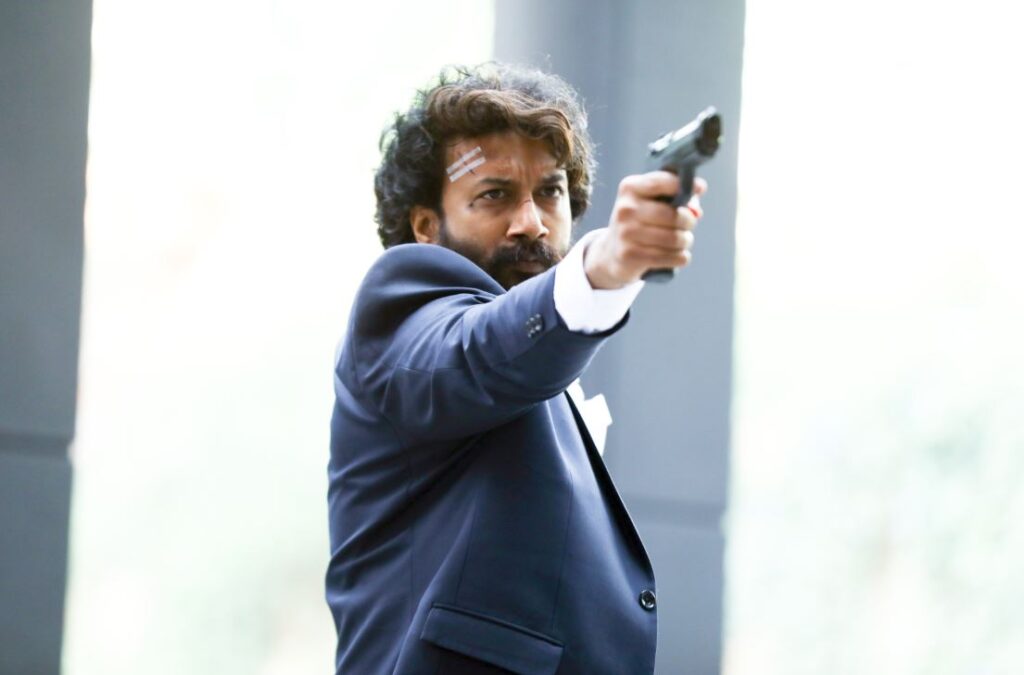 There are obviously low energy days in each one of our lives. For this hero, who does a full-fledged multi-layered ‘Umamaheswara Ugrarupasya’ with as much passion as the brief yet special role in Mahesh Babu’s ‘Sarileru Neekevvaru’, even an obstacle on his path motivates him – many times more than the normal. “If something is not working in my favour, it brings the best out of me. I get pumped up thinking – let me work three times more to make it better. I blame it on myself for creating bad situations. It’s only a few times these happen because of outside influence. But, when there is a challenge, I shine.”

Satyadev will soon be seen with his all-time favourite hero and inspiration Chiranjeevi.

“Chiranjeevi is next to none. No one can ever recreate the influence he had in my life. You have collected all the love and became an actor because of him. And you continue to love him. And, then you begin to work with him, listen to him praising my work – it is all euphoric. It is the sweetest thing that happened to me. That said, when I work with him, the feeling I experience is beyond words – blood rushes to the heart and heart beat raises – it is the best experience,” he shares.

Satyadev will also be seen in a soon to release romantic film with Tamannah in the lead. “‘Gurthunda Seethakalam’ is an out and out romantic film. It has come out beautifully. It is a love story that pans three phases of a man.” He relates. He is also acting in a Hindi film with Akshay Kumar ‘Ram Setu’. Says it’s a wonderful role.

“I do one film at a time; I don’t like to club multiple films. During the course of working for a film, I am in the character. Then I unlearn it very quickly to get into the next film.”

“Do not listen to anyone else. Every one gives advice. That’s where the problem starts. In my life – if someone says anything doesn’t work, then I feel like working towards it and proving them wrong. If your heart says its right – then just follow that. Our intuition in the first five minutes is always right,” he sums up his life mantra.