THE ACTOR, THE FIGHTER

ACTOR RAJASEKHAR IS BACK WITH A BANG 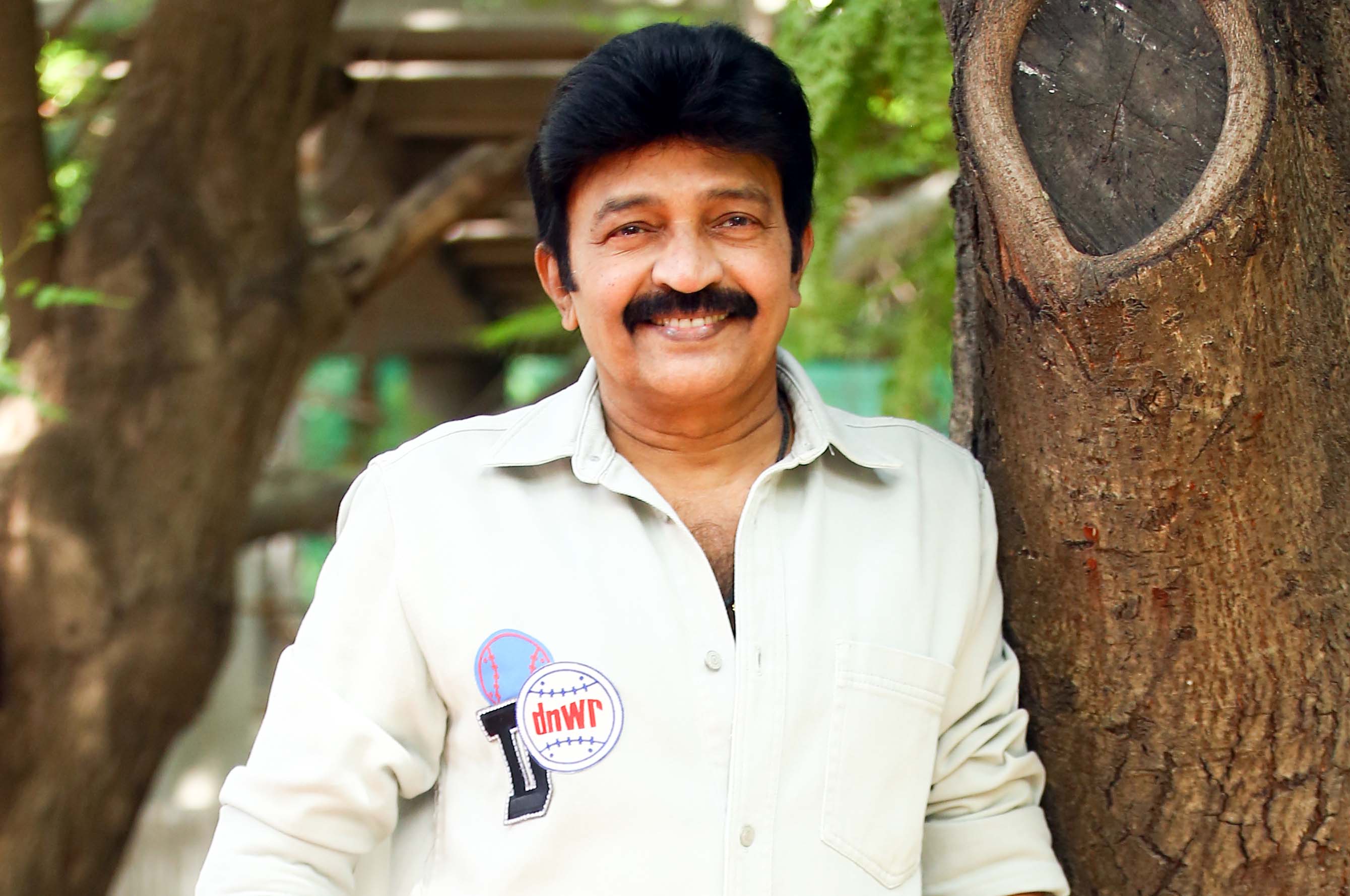 Actor Rajasekhar is back as ‘Sekhar’ looking fit and happy to be presenting a film, which is directed by his wife Jeevitha. The film is a remake of Malayalam film ‘Joseph’ and he is acting for the firdt time with his daughter Shivani. With his other daughter Shivathmika on the production side, this is in a way a family production, which has missed the theatrical release. However, the family is eager that the audience gets to watch the film that they loved making, perhaps on OTT.

The actor, very recently was seriously ill with Covid 19, and has luckily bounced back with much energy and excitement which he put in to make ‘Sekhar’. This he calls as God’s gift, and attributes his courage to family. “My family, wife, daughters, my sisters and brothers, and parents give me a lot of courage. Their love and my love for cinema, and life in general make me fight it out each time and come back to be here and do what I do,” he says.

Excerpts from an interview:
How is it to be back to work, and how was it shooting for the film?

This entire film was very challenging to work for. I have given what I would normally give for four films to make just this one. In short – Sekhar is equal to four films.

I am grateful that God has given me another opportunity at life. And, I take it very seriously in life and when I act. To be back on set, to be alive and work feels amazing. I feel I have to consider this part of my life as new and always do what is right and best.

You are looking younger and much fit. What is the secret?
There is no fitness secret. It’s simple. I work out every day, and try to eat as healthy as possible. I believe in this theory that one can eat multiple times, but must not over eat. I usually eat only enough to fill half my stomach. More than anything when I get up, I look forward to my job. I love doing movies and always try to look my best.

How was it to work under Jeevitha, the director again?
Jeevitha is a superb director. On her set I am very comfortable. She also makes sure I stay that way so that I give my 100 percent. She is good at taking work from me as a director. She is very good at her job.

Tell us about ‘Sekhar’ film?
The film has great emotional quotient, and it’s a thriller. It will keep you on the edge of the seat the entire time. It has a unique and interesting story. Something we haven’t seen in Telugu industry in recent times. After ‘Kalki’ when I was looking for a good subject, I saw ‘Joseph’, and I wanted to do the film.

I had a blast working for the film and you get to see that in the movie. It was great working with the Bharani, Sameer, Abhinav, Kishore and others. They are all talented actors, and they play my friends in the film. We used to spend a lot of time after pack up, talking, and having fun. On the screen it looks like we have been friends for ages. The two actresses too have done very well.

You act with your daughter in the film. Do we expect daughter’s sentiment to work for the film?
The daughter sentiment is very important to the structure of the film. It will touch people’s hearts though it’s brief. The fact that Shivani played the daughter, made it even more convincing.

This is really about what a person goes through when they lose someone important to them. In pandemic many have experienced this loss. I look forward to the audience watching it. I know they will connect to the film. I particularly like the pre-climax.

Your daughters Shivani and Shivathmika are now in films. What do you have to tell them?
Both are supportive of my journey. Now that they are both a part of the industry as well, they understand the work and I am excited to be presenting a movie with them. Shivani was great to work with. It is our first film together. You guys will like it as we do.

Shivani and Shivathmika are talented. They are working hard and they must continue to do so. They must keep themselves fit and healthy and keep working at it and they will get great opportunities and have great future.

What was most memorable through the making of ‘Sekhar’?
When shooting for Sekhar in Araku, all four of us were there. There is this milk bun that they sell in Araku. Our ritual would be to finish shoot, get back to the hotel, have the bun with milk, discuss the day’s shoot and the plan for next day. That bun in some way and Araku became memorable for us. Araku, the beautiful weather, and the place was quite special.