LOVE IN THE TIMES OF WAR 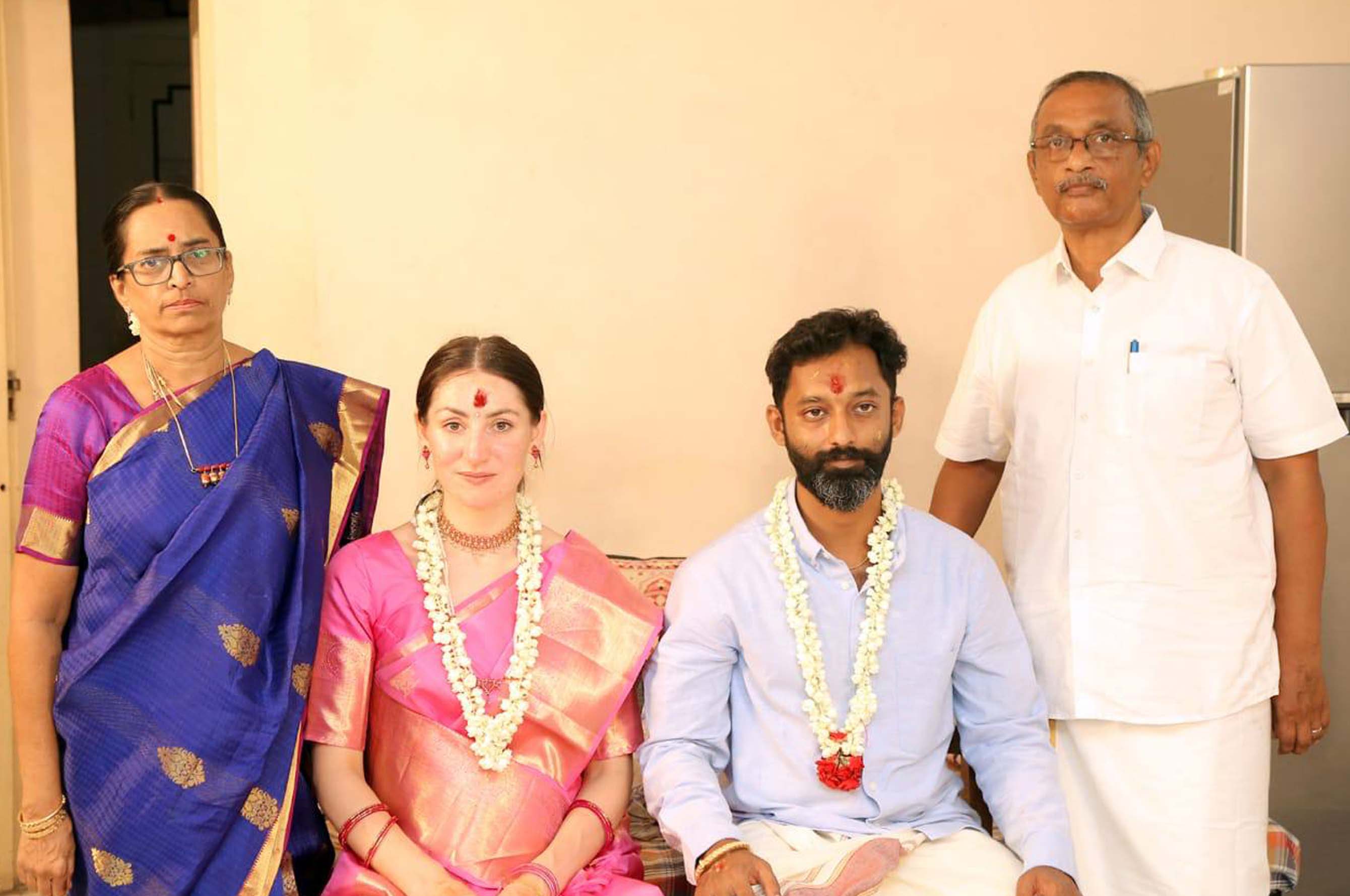 Rimma was sitting in shock at the Chennai police station trying to understand how her own wedding could go so wrong…She collected all her willpower not to cry again in front of those helping and empathic police women officers when she had to sign the FIR. She was scrolling the news feed on her phone and her heart sank, pondering, hands shivering and she felt a garrote around her neck and suddenly out of breath. She read – Russia has invaded Ukraine. Tears started pouring involuntarily from her eyes and she couldn’t hold sobbing anymore.

Rimma was born in the USSR in Ukraine but from the age of 16 lived in Russia. And she has close family relatives on both sides. Childhood memories got her drifted away from Chennai to her mother’s and grandmother’s huge house, surrounded by cherry and apple trees, flashbacks of vast water melon fields which as a child was impossible to run through, juicy scarlet flesh of which was her favorite fruit ever since. Golden wheat valley which would touch the horizon of a bright blue sky and that’s the two colors of the Ukrainian flag. All this will be now destroyed by bombing, by tanks, by artillery. The pain was unbearable. Even

more because she had a premonition somewhere deep inside- this was coming, this ugly horrifying destruction was pathing its way in the last 30 years. “When I was in school”, Rimma remembers,” the Russian classes were taken off the school curriculum, while 90% of all children were Russian speaking. The history books were burnt at the school yard and new ones published with a re-written history to unbelievable extent. The identity of the people was stolen, the roots denied, culture prohibited. She didn’t see her future in this state anymore and at the age of 16 shifted to her brother to Russia, Moscow. And surprisingly she
found out that it also felt very much like home and even more. Modern city with lots of universities and colleges, many different nationalities living and studying together where all minority languages are recognised at the state level. Russia has more than 100 ethnic groups and 33 official languages along with Russian. She saw a lot of development, economic growth and many opportunities. After school, she pursued a degree in law and was exposed to different cultures at the law school. She was fascinated by Indian classical dance and yoga. Learning classical Indian dance was her calling, felt Rimma. She started attending dance classes at the cultural center of the Indian embassy in Moscow. While she dabbled with Kathak and Bharatanatyam, it was Kuchipudi that resonated with her soul. Did you know where you would be going to learn Kuchipudi dance? No, she replies. I had never even heard of Chennai till then. She quickly got used to the ascetic way of living at the Kuchipudy dance academy, its discipline, the very demanding routine, and dedication of its teachers and students. 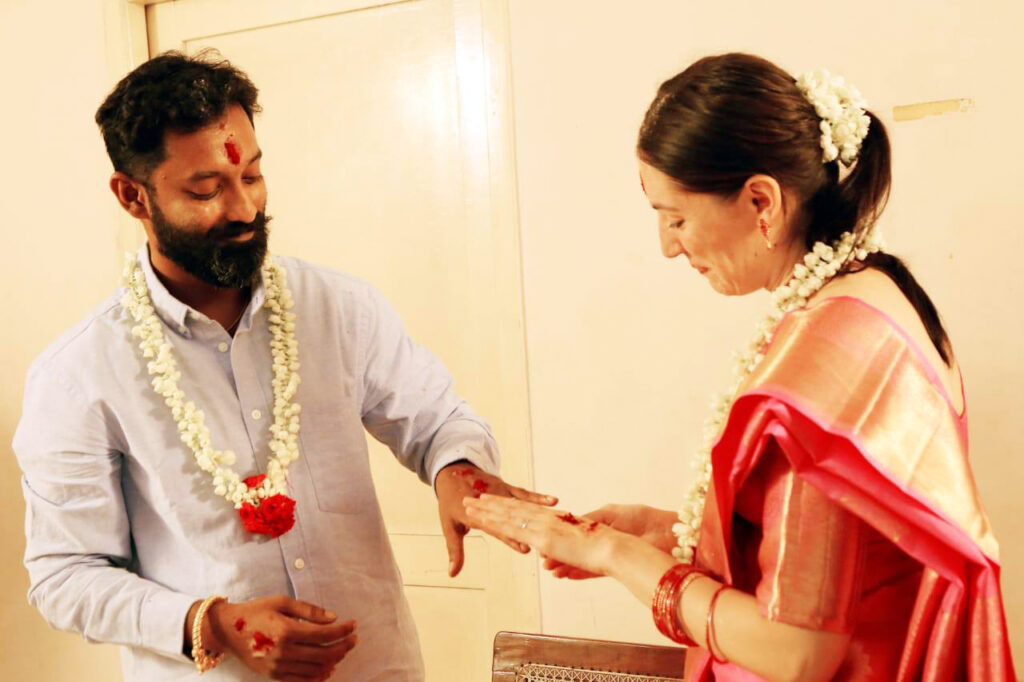 Those were the days my friend, she fondly remembers the time when she was new to Chennai. New people, new friends, new studies, new form of art…her heart was filled with joy and happiness. And no wonder that she attracted new relationships in her life. The boy she met was very committed, adorning with beautiful words their future together as a small and happy family. In spite of differences in religion, language, nationality and culture, they were building future plans of getting married and settling in either in India or Ukraine. It took four long years of long-distance relationship with a pandemic in between and closed borders, it took a rejection of his visa to visit Rimma’s city, and a lot of broken hopes till Rimma came in January 2022 to Chennai for her wedding. Finally. The date was set, the imam found, documents given to the registrar office all just to find out that the fiancé had suddenly gone missing. Not only did the parents and relatives put a firm “no” to this international marriage, they apparently hid the boy, as if they did not know what had gone wrong. Sleepless nights carried Rimma further to the day of her wedding in search of her fiancé, where instead of a boisterous ceremony, she faced the silence of numerous unanswered phone calls. As the last resort she made a complaint to the police station thinking that her fiancé might be in need of help.

“The policewoman softly smiled at me” – she remembers – “he is all right. Believe me, this happens way too often”, she said. “Either the boy gets scared and runs away or parents put all the obstacles against a love marriage. Here in India we have an article which protects women’s dignity. If a relationship has lasted for more than a year and didn’t lead to a promised marriage, a girl has a right to file a complaint. And as per the law, no one can object to the will of two grownups to tie a knot if both are willing. To Rimma’s relief, she said that she would help to rule out objections from relatives and parents. She never knew that a cheated woman could find support from police. But her reassurance didn’t last long. Soon Rimma realised that the law could not deal with fear, treason and lies of a man who refuses to take responsibility and fulfill his promises towards a once loved woman. Rimma was in deep grief and sorrow which became even more unbearable with the news of the war unfolding back home.

The mess turned messier. Her visa expired, flights to Ukraine canceled, and only a little money left to support her rentals and living expenses in a hostel. Tears, despair, depression, helplessness. Her uncle and stepfather in Ukraine were mobilised to a war zone. Her brother from Russia, a journalist, pictured a scene bigger than the war. Explaining that Ukraine is just a battlefield where brothers are killing brothers. They have different colours of their passports and geographical borders on the map, but culture and shared history, language, religion, these are the same people. It’s a huge tragedy when people are dying mercilessly for some political games, when no agreement could be reached and led to the final stage – actual war. Where NATO came so close to the Russian borders in Ukraine that Russia decided to invade and it brought so much unrest and echoed in the whole world. So much pain of broken marriage and broken lives of Ukranian and Russian people seemed to much to bear. 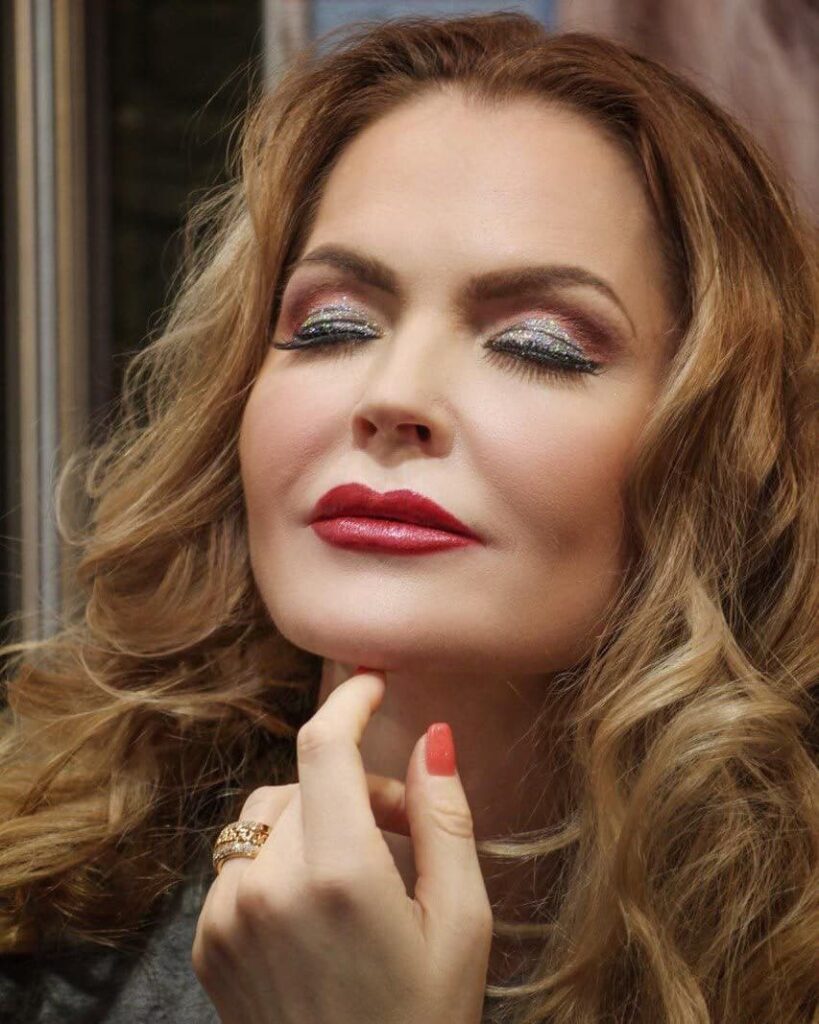 “To help myself to remain safe and sound, I do yoga and meditation every day”. – Rimma shares. “I pray to forgive whoever has hurt me, and I pray for the peace in my land. I cannot separate Russia and Ukraine for I have roots in both territories. I don’t lose hope and belief in the bright side of human nature, otherwise, how would humanity have survived so many wars in the past, so much suffering and treason which are part of history.

And miraculously, Rimma’s life changed in an incredible way. Just a few days before her departure to Moscow, when she couldn’t get tickets to her parents in Ukraine because of closed flights, she attended a birthday party with her friends. It was then she met her destiny.
Yes, on the 6th of May, Rimma happily got married to a young man at their family temple in a simple and traditional wedding ceremony in a far off village in the heart of Tamil Nadu. She now lives in Chennai.

“I am thankful to God”, she says, “for such an unexpected turn of events, for bringing a loving and caring person into my life. For connecting two worlds, two universes, two cultures and two countries in this divine union of a man and woman. For healing the wound of my heart broken by war and betrayal. On the third day he said looking sincerely in my eyes – “You are the woman I was looking for all my life and I want to have a daughter as beautiful as you are” – she remembers with a shy smile. “Give me a chance. Don’t judge all guys just by the actions of one disturbed and dishonest individual. Give me your hand and I will take you to the land you have never been – of pure love, acceptance, and support.” I am very happy we are exploring this path together and I ask everyone to not lose hope even in the worst-case circumstances, and not lose hope even if it looks as if there is no tomorrow. God has a plan for you!

– By Jane Kataria. Jane is a Doctor of Arts, a radio jockey based in Chennai, has acted in several movies, TV series, short films and YouTube channels, professional belly dancer and was also crowned Mrs. Tamil Nadu 2018.