`SOMETIMES I WONDER, WILL GOD EVER FORGIVE US FOR WHAT WE HAVE DONE TO EACH OTHER? THEN I LOOK AROUND AND REALISE THAT GOD LEFT THIS PLACE A LONG TIME AGO.’ – LEONARDO DICAPRIO, BLOOD DIAMOND 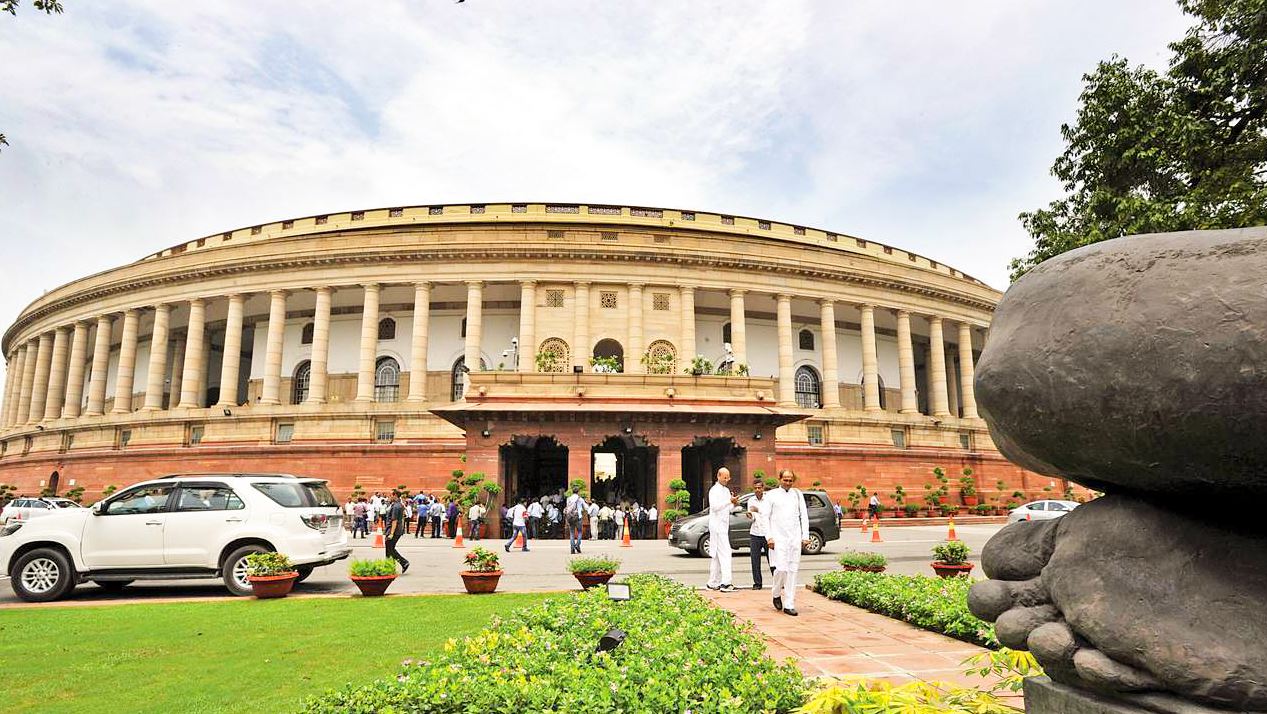 God has been an important tool in the war of ideologies. Even atheists fight against believers and believers against other faiths. At the end, reason is attributed to God. While trying to brow beat dominant faiths of the region, examples from other areas are drawn, tarnishing some other faith.

Like every one, I was keenly following developments of neighboring Sri Lanka during its worst economic crisis. The economic crisis led to political instability, law and order problem and later downfall of Rajapaksa family, which had dominated Sri Lankan political arena for over one and half decade. Though the public unrest has come down with change in Prime Minister Mahinda Rajapaksa, the political, economic instability still continues.

According to political and economic analysts, the Sri Lankan fall was the result of both political and economic mismanagement. The analysts summed it up in simple terms. For the last few years, Rajapaksa family established a draconian grip over Sri Lanka administration. President, Prime Minister and five more important ministries were held by Rajapaksa family members. Though Mahinda Rajapaksa resigned as the Prime Minister, Gotabaya Rajapaksa still continues as the President.

During Rajapaksa rule, Sri Lanka made many strategic shifts in its foreign and economic policies. Ignoring the earlier relationships with neighbors including India, Sri Lanka moved towards China for economic and military cooperation. Soon after coming to power, Rajapaksa government crushed LTTE and regained control over Northern and Eastern provinces of Sri Lanka. To rebuild the country, Sri Lanka opened its doors for China, which was architect of its new ports as well as road infrastructure.

Little did Sri Lanka realise the gamble it had taken. Unlike the other countries, which impose raiders on all economic assistance and investments in lesser developed countries to ensure proper utilisation of funds, China generously extend loans to Sri Lanka, as it did to other developing countries. These unchecked loans helped breeding corruption. Until the repayment period arrived, no one knew how shrewd China and its financial institutions were in recovering their money. They took control over major infrastructure establishments like Sri Lankan ports, controlling entire import-export of the country.

Meanwhile, the government reduced the tax base, leaving only tourism as main source of income to the country. Even the agriculture sector suffered due to thrust on organic farming, without realising that the agriculture produces output would drastically reduce, leading to food shortage. When the pandemic hit the tourism sector for complete two years, including Casinos, the government was hardly left with any foreign exchange reserves to import even essential commodities like petroleum and food. County’s major ally China was looking at recovering its investments even in the distress time. 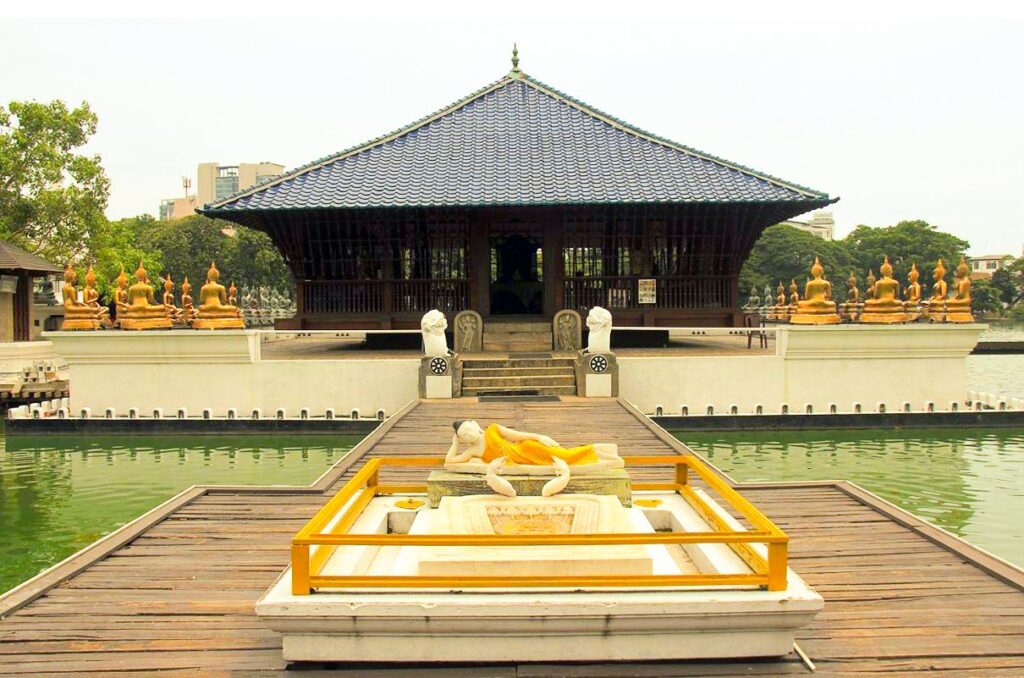 While the political and economic pundits were trying to work out possible bail out options for Sri Lanka, a new narrative started cropping up on social media. It just tried to prove that `muscular nationalism and majoritarian mobilisation’ would lead to doom of the country.

There is nothing new in the theory as the history has proved it time and again, where muscular nationalism and majoritarian mobilization often led to doom. It is just that some of such set ups last longer than others. Baffling thing was the terminology used was relatively new to the world. `Buddhist Fundamentalism’, which had hardly cropped up from any part of the world.

Interestingly, the narrative was widely circulated in the Indian sub-continent and certainly aimed that the present dispense led by Narendra Modi and Hindutva. It is an open secret that the left parties are behind building the narrative that can have far reaching consequences on their own political game plans in India.

Going by the narrative, Sinhalese have been historically race superiority conscious and treated others like second grade citizen. The first victims were Tamils, who later rebelled and formed LTTE, capturing North and Eastern provinces of the Island country. When LTTE started striking at Lankan forces at will, ultra-Nationalist organizations like Bodhu Bala Sena were born. Spreading the message that Sri Lanka was only for Buddhists, these organizations started attacking Muslims, Christians and Tamils in the country.

This was conducive atmosphere for Rajapaksa family members, who came to power on the slogan of `war on terror’. In 2008, he waged a war against LTTE and destroyed it by violating all human rights, which were published in Wikileaks.

After ending 26-years internal war, Rajapaksa family supported violent Buddhists and demolished Hindu temples to build Buddhist Stupas. Those who opposed their ideology either died or fled from the country. Despite of this, the family was re-elected again and again. Even in the economic crisis, the Buddhist monks are backing Rajapaksa family.
The narrative may be absolutely right or partially, as some of the incidents have evidences. However, in the issues relating to other countries, no one can be absolutely perfect. One can pick up one version and build a narrative, but others will have their own different viewpoints on the same issue.

Besides, this is second time `Buddhist Fundamentalism’ terminology is coming to fore. The first time it was used when Rohingya Muslims were driven out of Myanmar. Earlier, there have been Islamic Fundamentalism, Saffron surge relating to Hindus, religious conversion charges against Christians, Jewish atrocity in Palestine have been used to build a narrative against the stronger forces in conflict zones.

That reminds of a conversation between Leonardo DiCaprio and Akin Omotoso in the movie Blood Diamond:

`Do you think bad men are born?’
`No… just men are born’
`And what they do make them good or bad… I too believe in that.’

That’s exactly what happens in a conflict zone. It is difficult to pin point a reason or a person responsible for the conflict. Based on their own perceptions, each one derives a narrative over the issue.

India is a cesspool of such conflict zones. For long time, India suffered internationally over human rights violation in Kashmir valley. The narrative was built about atrocities committed against minority Muslims in the valley. Then came the movie `Kashmir Files’ that toppled the entire narrative built since 1990’s.

In reality, the ordinary Muslims in the valley were sorry for what happened to Kashmiri Pandits during height of terrorism. The wounds have healed, but the scars have remained in the form of Kashmiri Pandits being refugees in their own country. A common Kashmiri has nothing to do with Pakistan. All he or she wants is good inflow of tourists to the valley, so that they can make a decent living.

Kashmir is not the only conflict zone in India. In South, Kerala has similar problems in some of the districts. A recent video, where a small boy in Kerala issuing threats to non-Muslims went viral, indicating the extent of fundamentalism precipitating in the social fabric. Consequently, the coastal and Malnad districts in Karnataka turned saffron, anticipating similar situation.

Besides, North-East States have their own internal feud in terms of tribes. In States like West Bengal, though no god is involved, there is ideological ruling. First, the Communist cadre ruled the roost of the state for over six decades and now it is Trinamool. Any opposition would be mercilessly mitigated. Each State in the country has its own tale to tell about little conflict zones.

But the problem for Indian left ideologues is using `Buddhist Fundamentalist’ terminology. For long, Buddha has been at the center stage of Indian politics. For the last seven decades, the Indian politics has been revolving around a combination of Dalit and Minority vote banks. Since tallest Dalit leader Dr B R Ambedkar embraced Buddhism in his last days, Buddhism is seen as synonymous with Dalit vote banks. The left and Congress has been trying to hold this vote bank together for long time.

During the last one decade the scenario has changed. Though dubbed as upper caste party, BJP and Sangh Parivar have burnt enough midnight oil to ensure that Dalit votes flow towards their pocket. BJP has done everything to ensure they did not offend Buddha. Recently, on Buddha Poornima, Prime Minister Narendra Modi personally visited Lumbini, the birth place of Buddha.

While the left parties have completely lost ground in the country, except in Kerala, the Congress is on support system from small portion of vote banks it nursed for over last seven decades. The opposition are not in a position to bank on just cost escalation in the country, as fundamentals of the economy is sound. A comparison with Sri Lankan situation could just be a wishful thinking. Though BJP is riding high on Hindutva, it could face serious leadership crisis post Modi-Shaw era. Under such circumstances, it is not wise for anyone to drag Buddha into politics, just to prove upmanship of their respective ideologies.

In his book `We The People’, noted Indian jurist late Nani A Palkhivala has aptly said: `All Isms are dangerous.’

– By Vinay Madhav. Vinay is a seasoned writer who has had a long standing career with various top publications.