EVERYONE WHO WATCHED THE RECENT BLOCKBUSTER HIT FILM KGF CHAPTER 2 SAT UP AND ACKNOWLEDGED ITS INCREDIBLE CINEMATOGRAPHY. MEET THE MAN BEHIND IT ALL – BHUVAN GOWDA WHO OPENS UP ABOUT HIS BOND WITH DIRECTOR PRASHANTH NEEL AND WHAT GOES ON BEHIND THE CAMERA IN THIS CANDID INTERVIEW WITH PROVOKE MAGAZINE 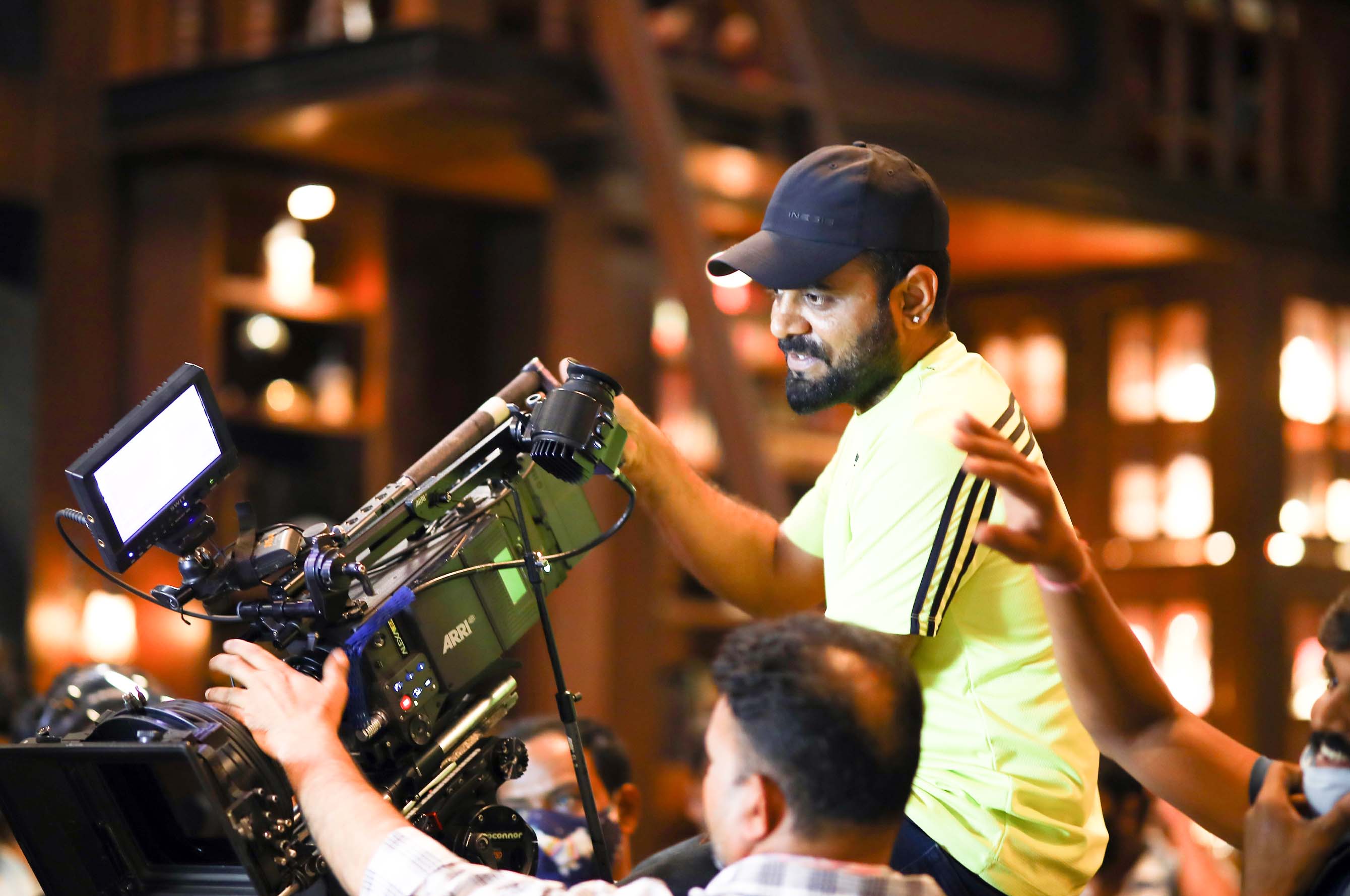 What inspired you to enter the world of films?
I had no inspiration to enter the world of cinema. I was a still photographer and was doing modeling, commercials, and film promotion photography. When Prashanth Neel sir started shooting his first film Ugramm, I joined the crew as a still photographer. During the shoot, the cinematographer left due to some issues, and Prashanth sir asked me to do the cinematography for the film. I didn’t have any experience but he had confidence in me and that’s how I started my journey into the world of cinema.

Tell us about your bond with director Prashanth Neel?
During the Ugramm film shooting, our friendship started and we became close friends. The film was shot for four years and it has been a long journey. Prashanth sir likes my framing and lighting a lot. I have never worked as an assistant for anyone but Prashanth sir was there to teach me cinematography. He is the one who taught me cinematography. I know his pulse and it made KGF filmmaking even easier. We both don’t talk much on sets but with his facial expression, I understand what he wants.

Both KGF 1 & 2 has been captured in a dark tone, who’s idea was that?
It was both of our ideas actually. Both I and Prashanth sir don’t like bright colours and for our story KGF, too many colours won’t look good and we thought dark ones would be apt. Actually, Prashanth sir goes to the set before the shooting and tells us what theme and colour we should go for the day.

Tell us more about shooting the epic climax scene under water?
All the credit goes to Prashanth sir. Usually he narrates the script on the day of the shoot and we were not aware that it was the climax. I can’t say where it was shot as it’s a secret. We want our audience to stay curious. 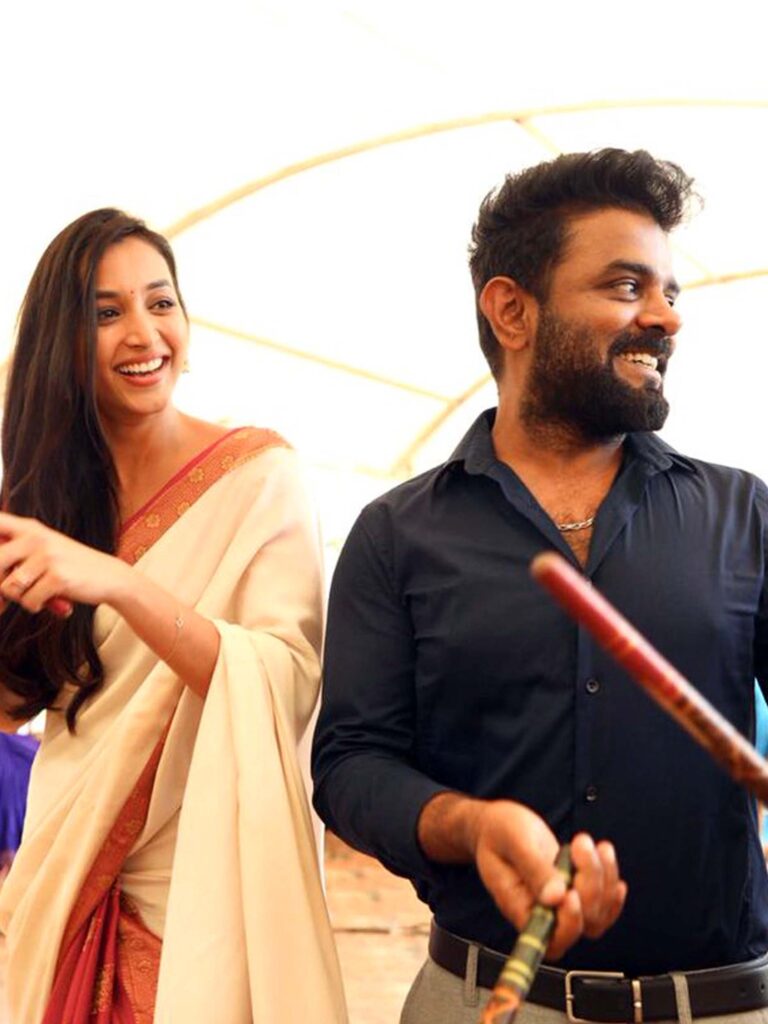 How many takes does Yash usually take to perform a scene?
Yash doesn’t take too many takes as an actor. We go for retakes just because of the lighting or focus issues otherwise Yash is a single-take artist. Sometimes he goes for one more take to perform the scene in a different dialogue modulation, mannerisms, and body language. Yash helped me a lot during the shoot and makes me feel comfortable.

Where and how was that car chasing scene captured?
Initially, we planned the scene in the USA but we captured the car chasing bit shots in Rajasthan. Our stunt master also explained the storyboard and the editing pattern were planned before the shoot. It was good team work.

Tell us the challenging scene in KGF2 while shooting?
There are two scenes that were challenging for me. After the interval, there was a conflict scene between Adheera and Rocky Bhai, the ‘Kalashnikov rifle’ (AK 47) scene which destroys Adheera’s army with 1000 bullets at once. It was really challenging because hot sandstorms blow at the location. We shot the whole scene near Bellary mining and the place was 45degree scorching heat and it was difficult to commute.

The next scene could be the climax, Adheera, and Rocky Bhai’s fight scene. It was shot in Hyderabad inside an Aluminium factory and we put up a set there. Inspite of the dust, smoke, and lighting issues we shot the scene. We chose the place because it looks like a coal mine. The complete fight scene was with 500- 600 people that I captured carrying the 40kg camera on my shoulder.

Did you shoot any scene in Kolar Gold Fields?
The first half of the film was shot in KGF (Cyanide hills) like aircraft scenes, gun practice, and also the hut scenes. I would say 35% of the scenes were shot there.

How important is the role of editing while making a film?
The editing and visuals are like couples. Whatever we capture beautifully, the way it is edited matters. Any shot can look beautiful but if the whole scene has to be beautiful then editing should be done well. When it comes to editing, Prashanth sir knows how the whole cinema editing works and he plans each scene edit pattern before the shoot. He is amazing when it comes to editing.

What advice would you give to the upcoming cinematographers?
My biggest strength is my director Prashanth Neel sir and framing and lighting are my strength. When it comes to films I always depend on natural lighting to keep it natural. I don’t like using heavy lights which will ruin the scene. My advice to aspiring cinematographers is to use natural lighting as much as possible and don’t make the scene too artificial. Do what the story and frame need.

Who is your inspiration in your career and what keeps you motivated?
I should say Prashanth sir. Because everyone works hard towards something and will relax once the work is done but sir is not like that. Day and night he keeps working. He involves himself in scripting, cinematography, editing, and music composing and never rests until the film is completed. I get inspired when I see him and that gives me josh to do something big in life.

Please tell us about your upcoming projects
As we all know Salaar shoot is going well. It is a beautiful experience working with Prabhas sir. I don’t want to reveal much about KGF 3 which will spoil your curiosity

Name three countries where you love to make films?
India, Afghanistan, and Israel

Who are your favourite directors?
Prashanth Neel, SS Rajamouli, Shankar and Maniratnam