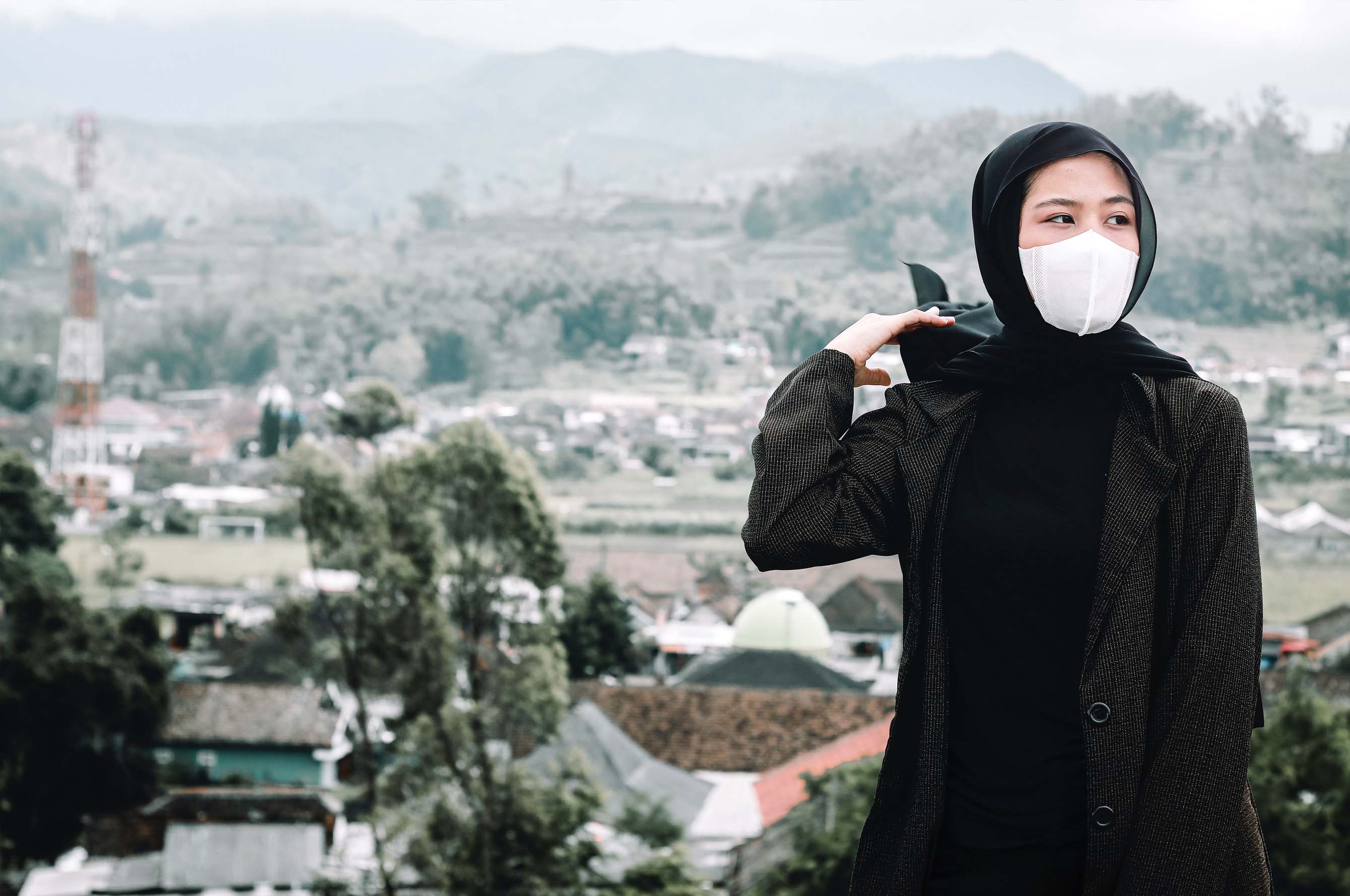 Of course, every one of us underestimated the six little girls aged between 16-18, when they arrived at Udupi Government Junior Women’s college in the last week of January 2022, seeking permission to sit inside the classes wearing Hijab or religious scarf.

It was nothing unusual for the girls from the minority community to wear Hijab and come to college. However, before entering classes, they would loosen the knot, drop it over their shoulders and attend the classes. Besides, it was all girls’ college.

The college staff and Principal found the demand strange, if not unreasonable and tried convincing the girls that the government’s uniform rules did not permit wearing Hijab inside the class rooms. However, the girls were adamant and contended that they were following their religious customs and they had been given the right to practice their religion by the Constitution of India.

The College Management Committee had to be involved. By rules, Chairman of the Committee is local MLA and here it was Raghupathi Bhat from BJP. The Committee held a meeting with the parents of the children and tried convincing them. Some local religious leaders tried to intervene and counsel the girls, but in vain.

Shocker came to the Committee when the news about six girls being denied entry into college for wearing Hijab started flashing in the media. Contrary to earlier practices, the news did not originate from the local media and went higher up. It had appeared in National media before regional media, from where local media picked up the News item. A day later, the government realised that the news first flashed not in India, but in neighboring Pakistan.

It is quite a distance from a remote district headquarters at the tip of Southern India to Pakistan and the conspiracy theory started getting thicker. It also started raking up million questions on what happened during the last six months, the social media savvy girls, who were in the forefront of a protest organised by BJP’s student wing ABVP against rape of a girl in Manipal University to make such a U-turn.

Political antennae were up and by next day, it became a war between Hijab v/s saffron shawl in all the colleges across not only Udupi, but also in at least 15 districts of Karnataka. Countering the Hijab, thousands of Hindu boys came to colleges wearing Saffron Shawls, saying that it was their religious custom. There was hue and cry in the media and the six girls approached Karnataka High Court, seeking its intervention to restore their `Fundamental Rights granted by the Constitution of India. There were pro and against protests, debates over the issue. Karnataka High Court, after hearing the case for eleven days in a stretch, dismissed the petition saying that ‘no religious’ dresses are allowed inside class rooms. The matter is before the Supreme Court now.

Was that as simple as six girls wanting to go religious and others trying to stop it? We won’t underestimate them, if we see what followed this simple incident. Though the girls are from humble background, going to Government College, they received legal assistance from some of the top lawyers. Multiple petitions were filed in support of the girls and legal luminaries descended at Karnataka High Court. Overnight, the six girls became stars in a few eyes and fundamentalists through others’ eyes.

Meanwhile, ruling BJP, which was suffering from a sagging image due to its own administrative failures received a shot in arms over the issue, as it polarised Hindu votes towards them. The opposition Congress, which initially went a step ahead to defend the minority rights, found itself on a sticky wicket after learning who was behind the move. Social Democratic Party of India (SDPI) and Popular Front of India (PFI), which are ambitiously pushing themselves to take over Congress political space through Minority and Dalit votes was trying to rake up an issue to embarrass ruling BJP, which turned counterproductive.

Worst thing that happened was a bandh called by Minority groups in Karnataka after the High Court delivered its verdicts. Most of the Muslim traders expressed their solidarity with a bundh call and closed their businesses. On one hand, it was an exhibition of disrespect to the Karnataka High Court judgement and secondly, it just irked the section of Hindus, who were still not polarised on the communal lines. This snowballed into Hindu-Muslim trade boycott during forthcoming Hindu festival seasons across Karnataka, where the temple and festival fare organisers were pressurised to boycott non-Hindu traders from participating in the fares. Interestingly, this was not against the rules that were framed in 2002 by the then Congress government headed by SM Krishna.

This was exactly the narrative the Sangh Parivar was trying to build in the coastal and malnad (hilly) region, during the last three decades. The six girls and immature handling by two radical Muslim groups handed over the same narrative to Sangh Parivar and BJP on a platter. That too when the ruling BJP was struggling to find some issue, so that the party could put up a decent fight during the forthcoming Assembly elections in the State, which is due early next year.
It has been a failure of either left movement or consolidated movement against right wingers, where the issue made noises without result. Right from Narmada Bachao Andolan, where activists Medha Patkar and Arundhati Roy were in the forefront to the JNU movement, the final results went against leftists. They failed to observe other developments around the issues they had taken up. Neither they were realistic, nor legally perfect. Winning a few small battles like their activists hauled up by the government had to be termed as the greatest victories they had achieved.

When the Hijab issue went to court, no one observed the developments on the other side. Karnataka High Court maintained a silence, which was dangerous to petitioners. Even now, the Supreme Court is not showing any urgency in hearing the case. The entire government machinery was burning midnight oil to ensure that it was on right side of law. The protests and supporting statements made by opposition also did not miss the notice of the court. 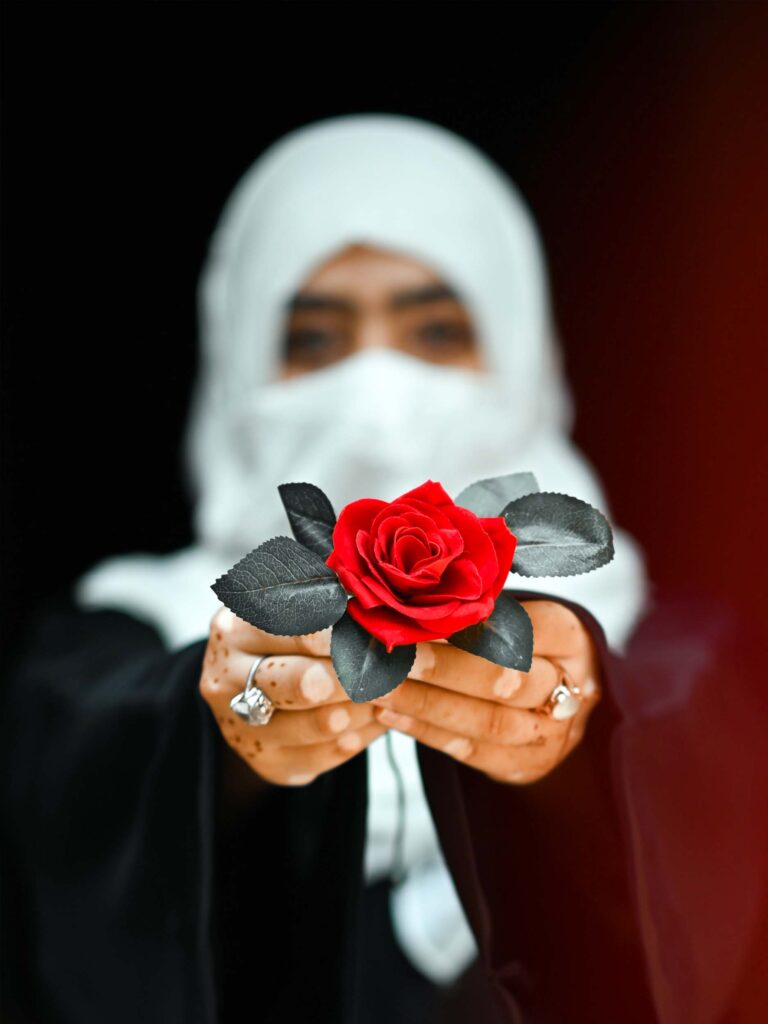 The court had ruled very clearly that the religious practices should be outside the schools. Though the petition was filed by only six students, the judgement had larger repercussions, as the court upheld a government order, making it mandatory for all the schools to have uniforms. Unmindful of the gravity of ruling, a bundh was called against the court order. Such defiance of any court ruling would not go unnoticed by the Supreme Court. The petitioners will now have a tough time convincing the Apex Court.

Back in Karnataka, It is difficult to say who should be blamed for the entire episode. Noted Kannada writer Late K P Poornachandra Tejaswi, who had taken tough stand against RSS and Hindutwa throughout his life had once said: We could have ignored the Islam fundamentalism, if it had affected only that religion. Most of the Muslims do not oppose Islam fundamentalism. This affects Secular fabric of India. We are trying to fight the caste system among Hindus, that is in practice for thousands of years. However, Hindu fundamentalists are pointing at Islamic fundamentalists and winning over those earlier opposed Hindutwa also.

That’s exactly what has happened during the last three decades in coastal and malnad regions of Karnataka over the decades. Over the last four decades, Byari Muslims slowly started migrating to coastal and malnad Karnataka regions. The growth of local population was very less compared to population growth of migrant Muslims. While the locals were mainly agriculturists and fishermen, Muslims were traders. While locals went to Mumbai and Bengaluru in search of jobs, the Muslims went to Gulf countries. The Gulf money flow prompted building of new townships constructed with Gulf money, which was the triggering point of the rift. Besides, there was large-scale conversion of Hindus by Christians.

Congress was traditionally powerful in both coastal and malnad regions, with CPI in the distant second. When the rift started on religious lines, Congress took the sides of minorities. Consequently, the communal riots at Bhatkal lasted for over a decade, until the BJP MLA Dr Chittaranjan was gunned down inside his house. Hindus were largely pushed to a corner. It was in 1990, when senior BJP leader L K Advani took out Rath Yatra, the Hindus felt that they had a place to go. Cutting across the caste lines, all the Hindus started hobnobbing with BJP. The party did not look back since then.

Still there were a few Hindus, who did not believe in communal divides. Slowly, there were incidents of Islamic fundamentalists, spreading tentacles. Bhatkal brothers were named in the list of National terrorists. A number of Islamic training camps mushroomed and during Congress regimes, the police refused to control cattle thieves, leading to formation of `Gau Rakshak’ terms. The gap between two religions continued widening, while no political party tried to bridge the gap.

A lot of things had changed during the last six months with the six girls who spearheaded the Hijab issue. Six months ago, the six girls were found in forefront of a protest, organised by BJP student wing ABVP, against rape of a girl in Manipal University. After the Hijab controversy, the central agencies arrived in Udupi and interrogated the girls. Udupi MLA Raghupathi Bhat gave a graphic description of the confession by one of the girls in Karnataka Legislative Assembly. After the protest march, the girls were approached by PFI student wing Campus Front of India activists and were chided for taking part in Hindu organization rally. They were given special training in anti-Hindu movement. The girls were also told that they had very important tasks ahead in their lives.
Hardly the girls had understood the intricacies of law, system and administration, where mobs and protests can be counterproductive. All that they have achieved so far is to gamble on the future of their education.

There were attempts to build a lot of narratives, right from JNU to Udupi. However, immature ways of handling the issues and solely depending on publicity in media and debates on social media has been a hindrance to their cause. Though it is agreed that hatred is an underestimated emotion, emotional outburst due to hatred may not yield desired results.

– By Vinay Madhav. Vinay Madhav is a seasoned writer who has had a long standing career with various top publications.