I NEVER THOUGHT OF ANYTHING ELSE APART FROM MUSIC

MUSICIAN, SINGER, AND PASSIONATE TRAVELLER JUSTIN PRABHAKARAN SHARES THE MAGIC OF RADHE SHYAM SONGS AND HIS LOVE FOR MUSIC 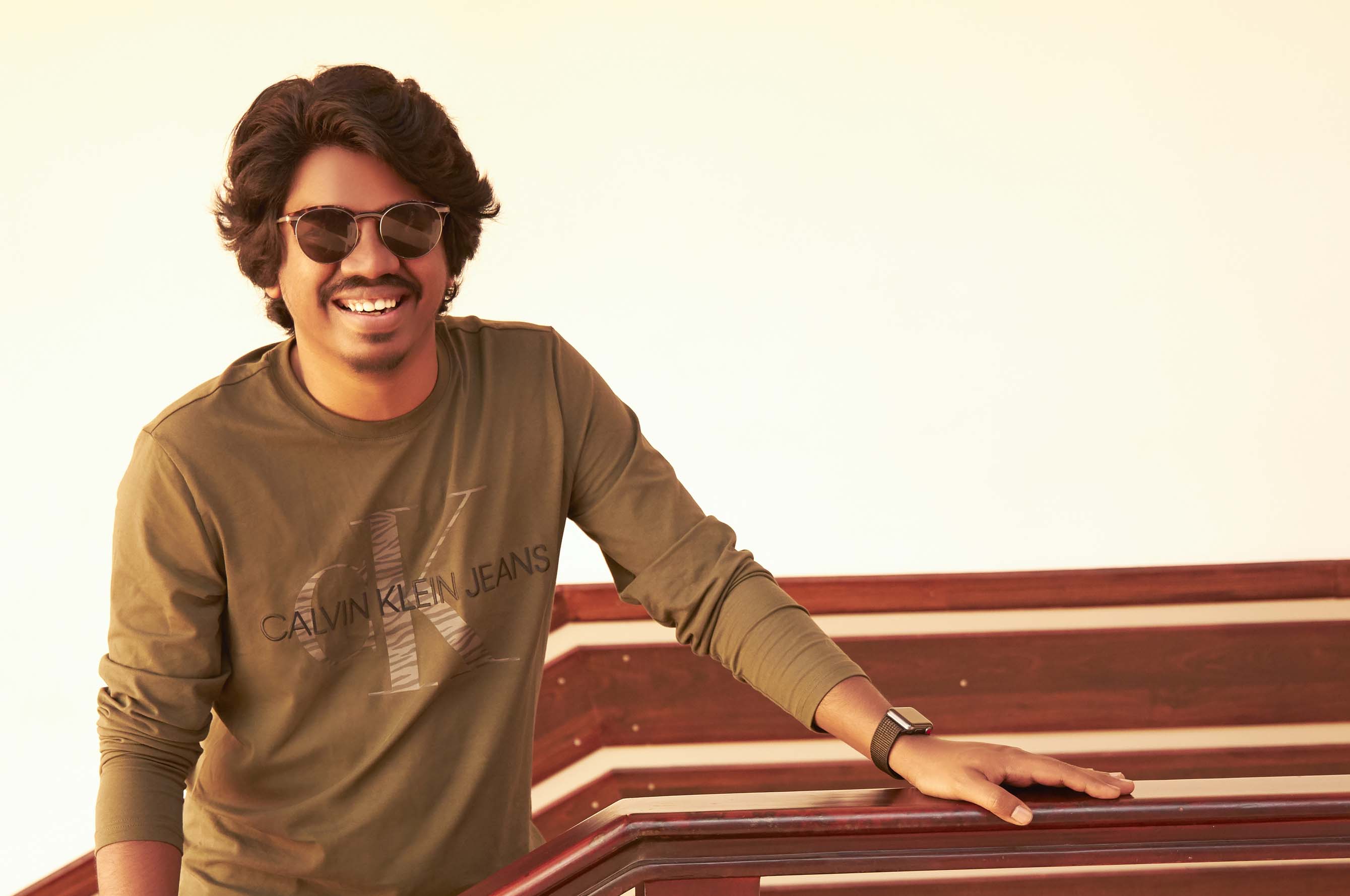 Would you like to share your childhood memories in Madurai and how did you choose music as your career?
I never thought of anything else apart from music and it brought me here. I was surrounded by music from my childhood days like school band, church and where ever I go. During my college days I realised that you can turn your passion into a profession and learned music.

When did you start playing instruments?
I didn’t have any instruments in my early days but I tried playing guitar, piano, harmony box during my school days at Church. But whereever I see an instrument I wanted to play it.

During this lockdown, Radhe Shyam film has created a huge response. Share your experience working for this big film
It was a great experience working for the film Radhe Shyam. We travelled for two years and the film came through Dear Comrade director. Also Prabhas liked the song ‘Kadalalle’ from the film so that’s how I came to the project. It’s a love subject so it will surely create an impact among the audience.

All your love songs have become a chartbuster. How do you feel?
Love is an emotion and the job of a musician is to give that love emotion to the people so that is how I see this journey. Somehow love travels from my first film and I feel happy about it.

Share your experience composing Ee Raathale’s song from Radhe Shyam
We composed the song in Hyderabad. There were so many song options for the same situation. But Ee Raathale is an experimental song, if you listen to the song completely we have broken the tempo in musical terms. While composing the song I thought Yuvan sir’s voice will be perfect. The female voice comes at a particular point and that’s the magic of the song. Both director Radha sir and producer Vamsi sir accepted the idea and liked the song.

Which is your favourite film industry and why?
The music itself is a language and I don’t see any barrier. When working for a pan India film I compose music according to the film situation given to me.

What is the most unforgettable compliment you have received so far for Ee Raathale song?
When the song released I got a message from Yuvan sir saying ‘nice composition’. He has inspired me a lot and getting a compliment from him really made me happy.

Tell us your earlier days experience working as an assistant for musician Harris Jayaraj
I worked in sound engineering for three years. It was like a college for me. I learned so much from him and whatever I’m today is because of him. I learned about the work relationship, getting work done, background score, composing structure, and practical knowledge from him.

Share about your bonding with actor Vijay Sethupathi
I always have a good bond with Sethu sir, personally, he is like a brother and mentor to me. He called and wished me when Radhe Shyam song was released. We always need someone to criticize and bring the best out of us. He never stops learning. He keeps himself updated and right now he is learning piano.

What’s your recent favourite song and why?
I recently liked Naan Pizhai song from Anirudh Ravichander’s composition and his melodies are always different. I also like Vignesh Shivan’s lyrics in this song.

Did you face any challenges in your career?
Firstly, I didn’t take it as a pressure otherwise creative lag will be there. But I worked really hard and with great responsibility for hardcore Prabhas fans as I want to do full justice for the audience.

What was actor Prabhas’s reaction to the songs?
Our first song was Nagumomu Thaarale and that was his favourite song.

What are your other passions?
I like travelling. Whenever I get a chance I travel to refresh myself.

What you would like to tell to the aspiring musicians
When you dream about something, those thoughts will surround you with likeminded people. Never lose your confidence, don’t get confused, and never stop dreaming.

What is in the pipeline?
I’m doing a film with Fahadh Faasil and another film with Atharvaa. Apart from film music, I love to do independent music albums without lyrics like a musical journey. I know it’s a big thing but I want to do it. I also like to try different genres like thriller so let’s see.