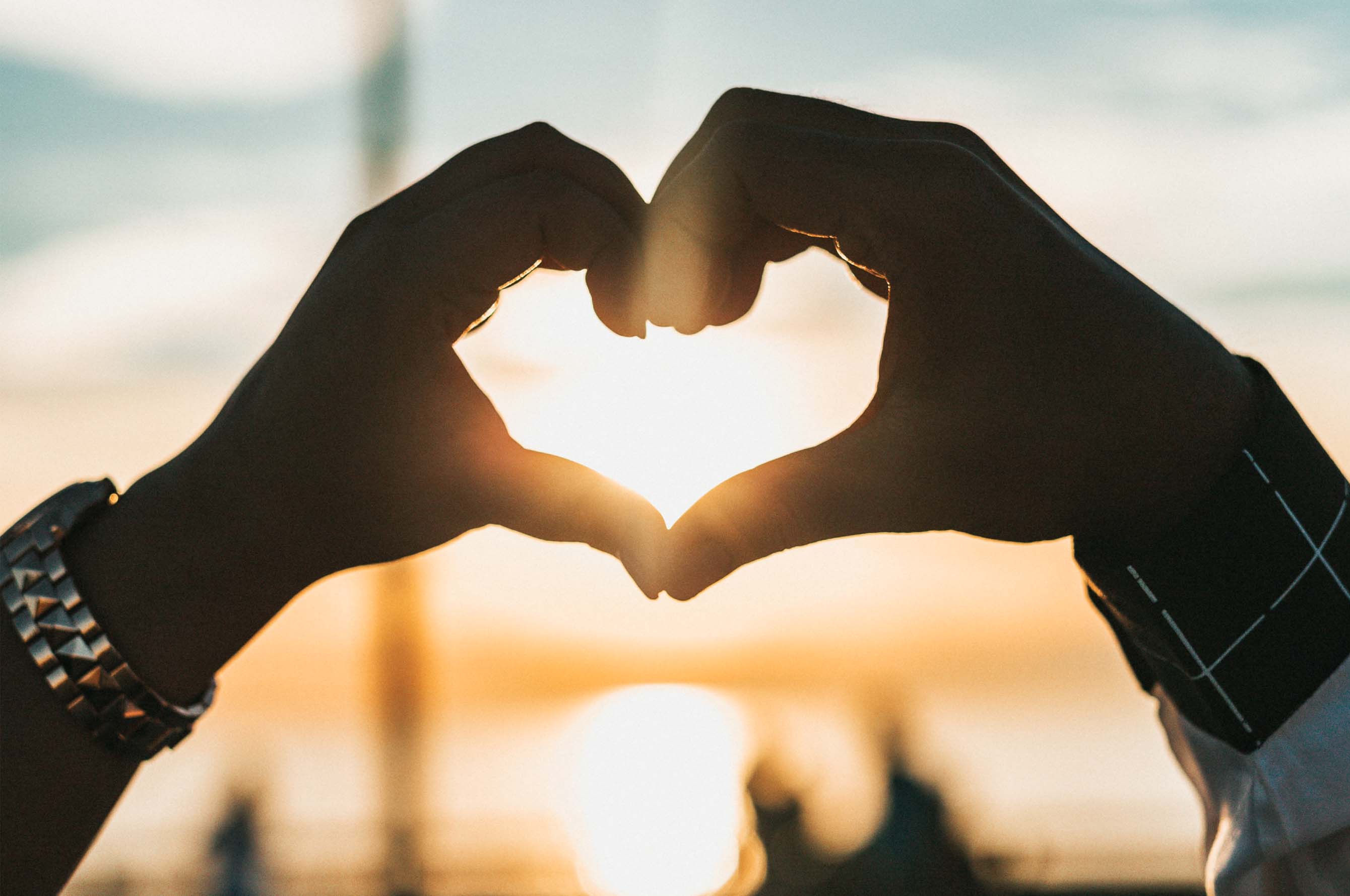 With Valentine’s Day approaching, it got me thinking about marriage and relationships, and how they are changing in today’s India. We are seeing a much higher incidence of situations that merely one generation ago would be considered an anomaly, such as cohabitation without being married, or staying single well into your thirties, or getting divorced after 1 year or even 15 years. While India continues to have a very low divorce rate compared to the rest of the world, a United Nations report titled “Progress of the World’s Women 2019-2020: Families in a Changing World” said that the number of divorcees has doubled over the last two decades. The question is, is this something to be gloomy about, or simply a natural evolution?

The answer depends on what you consider to be the core function of marriage. Is it about love and partnership? Or is it more about financial stability and propagating the human race? This topic has always intrigued me because of the stark difference in how Americans and Indians approach the institution. In the U.S. it is almost entirely romantic, with people bandying about terms like “soulmate” and “other half”. Couples will think long and hard before making the commitment, dating for a few years, perhaps living together too, and examining every little factor that could potentially cause a rift down the line. Once they have agreed that they are both in it for the long haul, the man plans an elaborate surprise proposal where tears are shed and joyful photos of the moment are posted.

Therefore it was very interesting for me to observe that most of my friends here in Chennai did not have such a defining moment, but more a series of conversations. They dated, had fun, and some sowed their wild oats. But around their mid to late 20s, they started seeing someone who would tick the boxes of what their family expected. If the relationship progressed for a year or so, it was only natural to have a conversation about the future, and to get the approval from both families. Maybe some of the more romantic fellows got down on one knee, but for the most part, the engagement really became official with a function, to show the world that this match has the stamp of familial approval. 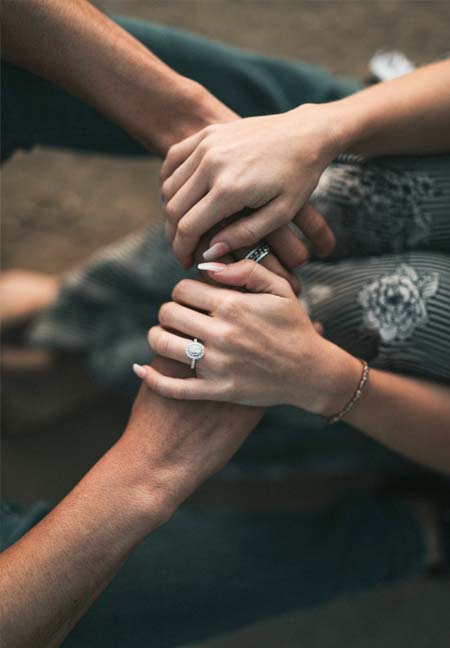 As you would have seen in the Netflix docu-series Indian Matchmaking, most traditional Indian mothers of sons want a girl who is “adjusting”, who will mould to the family’s traditions and look after her son the way she did. The goal as always is to be prosperous and happy, to bring children into the world that will add to the family’s numbers, and to keep the extended family close knit, whether that means looking after the elders or coming together for all religious holidays.

The goals for American marriages are similar but far more focused on the nuclear family. However, there is also an emotional, sentimental implication: husband and wife should be equals, best friends, partners, who can share their dreams and feelings with each other with unwavering support and zero judgment. I don’t recall seeing this mentioned in Indian Matchmaking, do you? No, and the reason goes back to that word “adjust”. If your spouse ticks all the boxes set by your family, but they don’t support your passions or give you the exact type of companionship you crave, don’t make it into a big thing, just adjust! Be happy for the stability you have and don’t be greedy for more. A friend here once told me that the key to arranged marriage was not looking for a 10 out of 10, but to take a 6 out of 10 and make the rest work. It is sound advice, because the fantasy of a perfect match is just that, a fantasy. Marriage will absolutely require compromise at every stage, so why not go into it with eyes open to that requirement?

It is precisely because of the American focus on romance and perfect alignment that they are much more willing to get divorced when those things fade. “I’m not in love anymore” is reason enough for them, whereas Indians view marriage more as a sense of duty. But just as Western food, clothes, and music influence us, so now does the progressive take on relationships. More and more young Indians are shirking the idea of marriage being their only option for a stable life. Why shouldn’t they also prioritise emotional fulfilment and mental health? Why should the opinions of old-fashioned elders and nosy relatives play any part in their major life decisions?

Indian women are realising that they can support themselves by working, and be free to socialise, travel, and live how they want. Owning a pet for companionship and maintaining a small apartment to suit their needs alone can seem like a sweet deal compared to being a harried housewife who has a daily responsibility of feeding many mouths. And what about the people who are already married with children? While the old idea was to stay together for the children’s sake, the new thinking is that remaining in an unhappy or unfulfilling union can be far worse for the kids. It is also a matter of teaching those children that personal happiness matters, and it is okay to make difficult decisions for the sake of it. The news of the Aishwarya Rajnikanth and Dhanush split elicited this reaction of “What about the children?” and not understanding why a couple who has already logged so many years together can’t just make it work. And with their unique situation and resources, perhaps they could have made it work, maintaining separate lives while keeping the marriage together on paper for the sake of appearances.

But it is refreshing to see that the stigma of divorce has reduced enough that even A-list celebrities are ready to live their truth, rather than repressing and hiding for the sake of outdated societal norms. Another Chennai couple that has shirked societal norms is anchor/model Sahithya Jagannathan and emcee/actor Cary Edwards. I have to admit, when the long term couple announced on social media that they are expecting twins, I scrolled through their feeds wondering when I missed their wedding–turns out I didn’t, because they never married! Sahithya has spoken at length on her podcast and elsewhere about the challenges and joys of live in partnership and having children out of wedlock. Her experience has revealed just how entrenched the norm is of marriage first, then babies:

“To tackle some issues with documents, I had to escalate it to the top brass of the corporation department, get legal counsel involved, show them the Supreme Court precedence, etc. Another thing is that medical insurance doesn’t cover pregnancy unless you are married. I am currently in talks with my insurance company. I guess it sets a precedent for other women. So, yes, there are a lot of challenges for people who do things slightly out of the norm.” (From her interview with Ashish Ittyerah Joseph in Times of India, July 22 2021)

I knew that having children out of wedlock was a cultural rarity, but I was shocked to learn that there was no legal framework in place for it even in 2021. I applaud Sahithya and Cary for not bending to “the rules” to make life easier, and to instead forge a path for those who may want to follow. And isn’t it rather romantic to make this commitment based on free will, and not a legally binding piece of paper?

So this Valentine’s Day, let’s celebrate all the different ways that love and marriage are evolving: from sharing parenting duties equally, to remaining childless by choice, and parting amicably when it is prudent to do so.