TAKING WESTERN CLASSICAL TO THE MASSES

ORFEO QUINTET, FOUNDED BY PROFESSIONAL MALAYALI MUSICIANS CAROL GEORGE AND ROBIN THOMAS, IS ONE OF THE FEW PROFESSIONAL WESTERN CLASSICAL BANDS IN KERALA. THE BAND, WHICH RECENTLY RELEASED ITS LATEST MUSIC VIDEO TITLED CZARDAS, SAY THAT ARRANGING POPULAR INDIAN FILM SONGS WITH A WESTERN CLASSICAL BASE HAS BEEN THE BEST DECISION EVER FOR REACHING THEIR AUDIENCES 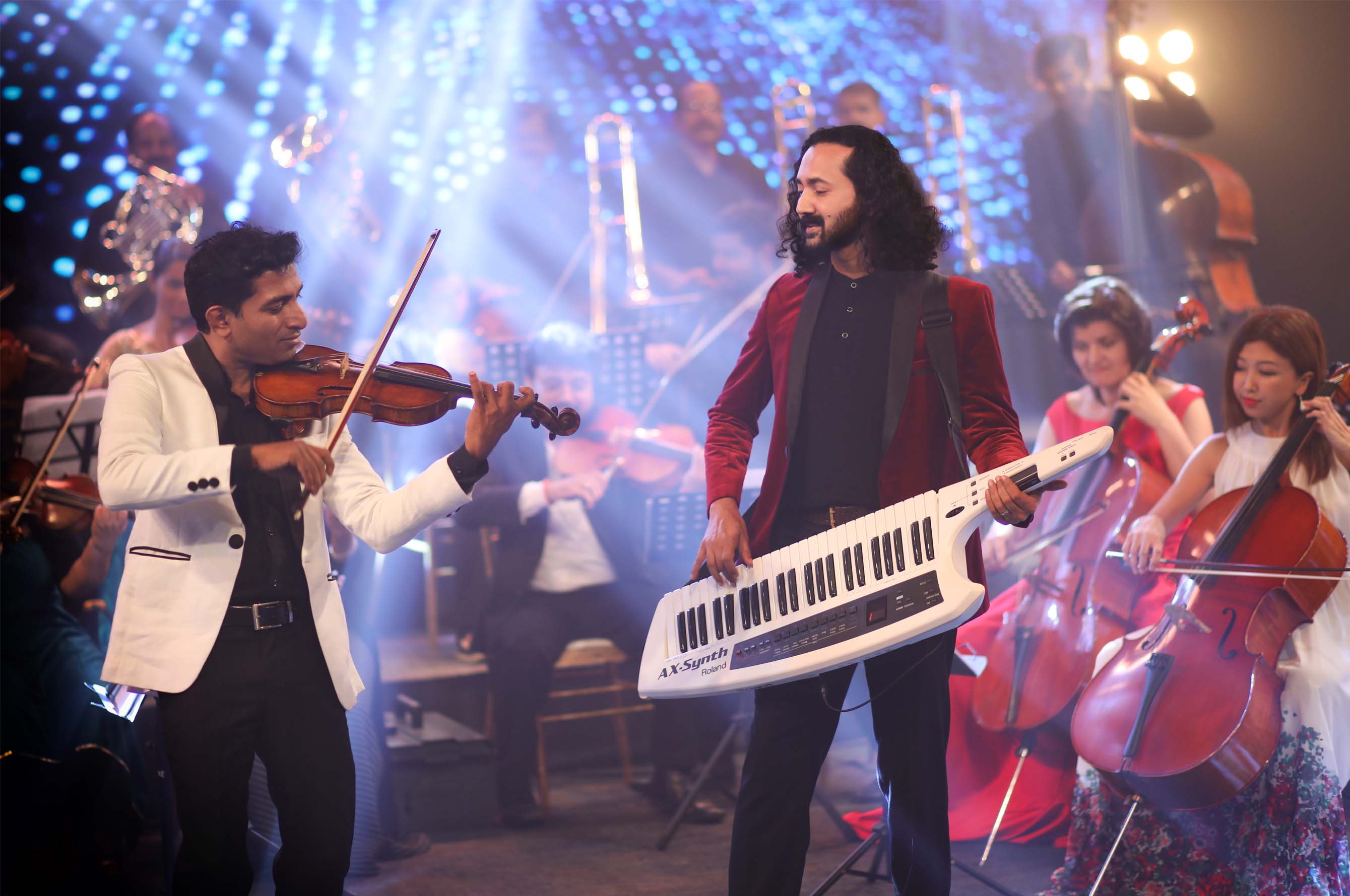 A couple of decades back, the violin was the only western string instrument known to the average music enthusiast in Kerala. Today, they are familiar with the term ‘quintet’ and also ‘bigger violins’ if not the names viola or cello. All thanks to a band named Orfeo. Malayalis and Tamilians are known to be very possessive about their favourite songs, but not only did they accept Orfeo’s western covers of those but asked for more. The band has now come up with their latest, a western classical arrangement of the popular Hungarian folk dance music Czardas which blends into a popular Bollywood song.

Can Padakali be played like this?
Orfeo started off way back in the early 2000s as a small affair, when a group of music academy friends, all of whom were trained in western classical, decided to form a band. But after a few years and a handful of performances, the members went separate ways, eventually to work as professional musicians. The band caught public attention for the first time in 2017, when two of the members, Carol George and Robin Thomas, decided to bring out an experimental production, a western classical version of the hugely popular AR Rahman song Padakali.

With Robin at the piano, Carol and Francis Xavier at the violin, Herald Antony at the viola and Russian national Maria Grigoreva at the cello, the quintet’s performance was subdued yet pitch-perfect and musically rich. There were no vocals but Malayalis loved the new sound. Could this song be really presented like this? they asked.

And Orfeo slowly entered the mainstream.

A plethora of musical instruments
“The signature of any band would be their original songs. But we would like to find an audience first. And for that, we thought the best way is to present songs people already know – film songs,” says Carol, who is part of the Symphony Orchestra of India (SOI) and has performed around the globe.

The band released many more music videos online, progressing from a quintet to a full-fledged 50-piece orchestra with bass, chorus and percussion instruments for four of their productions. They recently presented a version Yesudas’ Alliyambal which was a hit, as people had never heard such a heavy instrumental version of the classic before. Ironically, an original music video they produced, a football anthem titled Davai Davai, wasn’t as much of a hit as their film covers like Ilaiyaraaja’s Rakkamma, which clocked more than 2 million views.

In Czardas, the band has used violin, cello, the piano and also an accordion, which is played by Robin. Over the many performances, they have also used brass instruments like trumpets, trombones and even a euphonium in their videos, besides a harp once.

Western classical is meant to be performed live
The western arrangements of the songs have mostly been done by group member Robin, with guidance from their mentor, renowned violinist Rex Isaacs. “Not all listeners are aware that western classical arrangement is different even if the music is Indian. We approach the violin too in a style different from that of Carnatic musicians. But that’s not the idea. We just want to introduce western classical to the public, not go into the technical details,” says Carol.

The production of the videos is expensive, since many of the musicians are professionals flown in from different parts of India. Since they mostly use songs which are popular, the group needs to rehearse together just once or twice to get it right. But Carol says that they don’t make the videos for profit. “A lot of work goes into the making of each video. All we look for is appreciation, and of course, the creative satisfaction,” he says.

In fact, a video goes against the basic principle of a western classical performance, which is meant to be experienced live in a hall, he says. “All the instruments are classical acoustic instruments and there is no amplification. The acoustics of the hall is thus crucial. But we don’t have such an acoustic hall in Kerala.”

No takers for western classical
It takes years of practice and talent to make a western musician, but even the best of musicians from here are forced to leave the State and at times the country to find a regular source of income.

“Unfortunately we don’t have a culture of western concerts in Kerala. With Orfeo we hope to introduce people to the genre, and create an interest in western classical.” The band has its loyal fan following among hardcore musicians but they are hoping that they gain acceptance in the commercial sphere too eventually.

As of now, they too, like all music bands, are going through a lean phase owing to the frequent lockdowns and lack of public events, but they plan to release videos online more regularly. “We need funders for that and we are not good at marketing our work properly. Maybe we should work a bit on that,” Carol signs off with a laugh.