THE GIRL WITH MILLION-WATT SMILE

THE CONTROVERSY SURROUNDING THE NADIRSHAH DIRECTORIAL EESHO OVER ITS TITLE HAS BEEN RAGING IN KERALA THE PAST FEW WEEKS, BUT ITS LEAD ACTRESS, NAMITHA PRAMOD, IS NOT BOTHERED AT ALL. BUT THEN, SHE HAS NEVER BEEN ONE TO GET STRESSED OVER CONTROVERSIES, AND KEEPS AWAY FROM THEM CONSCIOUSLY, SHE SAYS. THE PAN SOUTH ACTRESS KNOWN FOR MULTIPLE HITS IN MALAYALAM AS WELL AS TAMIL AND TELUGU FILMS LIKE NIMIR AND CHUTTALABBAI, COMPLETES 10 YEARS IN THE INDUSTRY THOUGH SHE IS ALL OF 25. NAMITHA SPEAKS ABOUT HER LOVE FOR CINEMA, DANCE, HER FOUR-LEGGED FURRY ‘SIBLING’ POPO, SOCIOLOGY (YES!) AND MORE IN AN EXCLUSIVE CANDID INTERVIEW FOR PROVOKE LIFESTYLE MAGAZINE 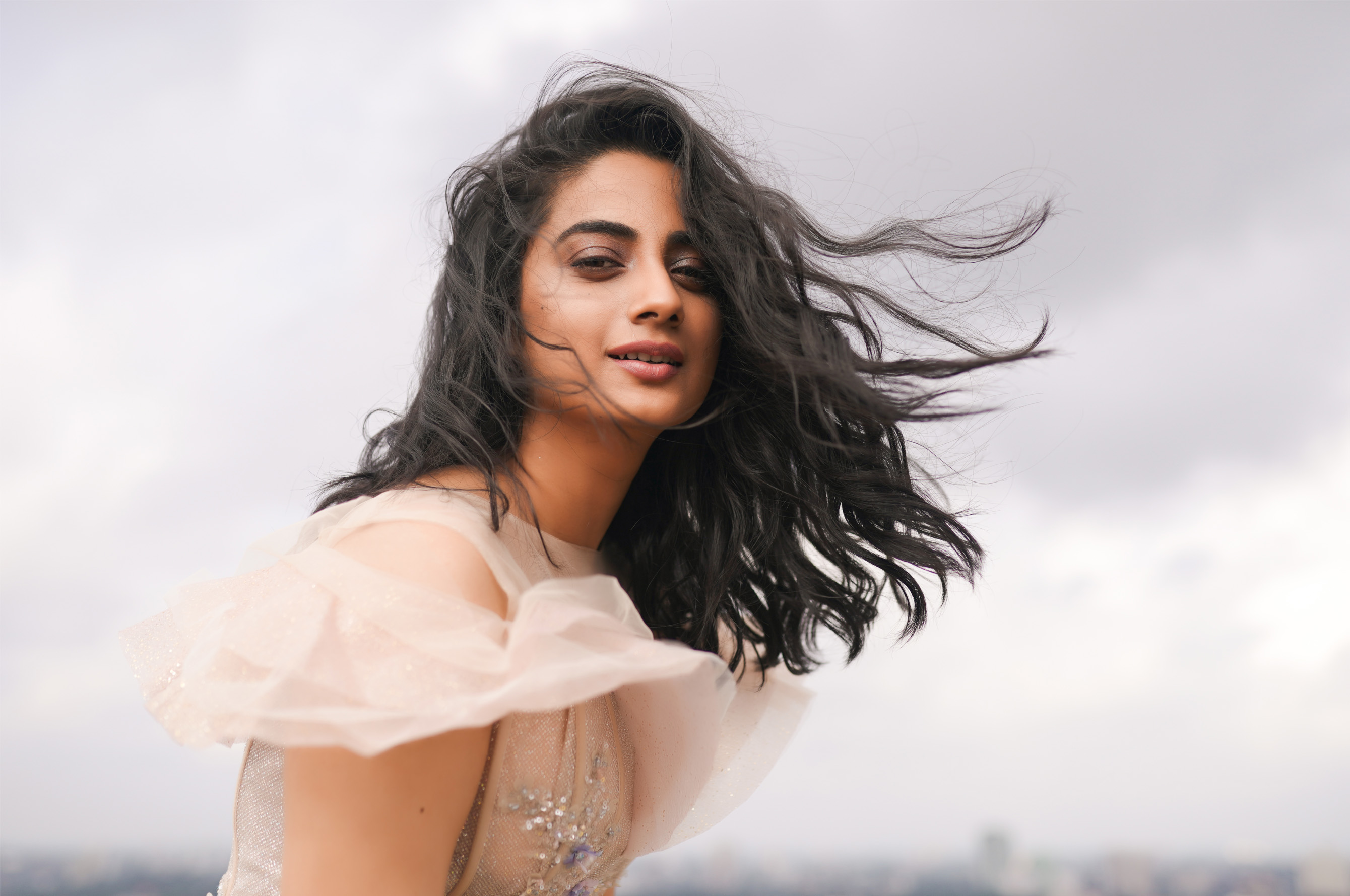 Everyone including movie stars have been picking up new hobbies or finding time for old ones during the lockdown. What about you?
People talk about how they spent their lockdown in intellectual pursuits like reading. My main achievement has been that I learned to make biryanis! (laughs) I can make all kinds of biryanis really well now, prawn, chicken and more. But I’m not a foodie, it’s just that I love cooking biryani, only when I am in the right mood though.

Jokes apart, I had film shoots whenever lockdown restrictions lifted, but most importantly, I was able to complete my course, BSW in Social Welfare Administration recently. The course involves legal rights, child welfare and more.

Does that mean you will be working in the field of social work at some point?
I don’t know about that, but I love studying. And I love sociology. I feel bored with everyone else. For my Plus Two, my main was sociology and journalism. I joined BA in Sociology at St Teresa’s College, Kochi, afterwards but had to drop out due to attendance issues. However, I always wanted to complete my course and finally enrolled in distance education.

So, you knew exactly what subject you wanted to study, not common for 17-year-olds. Was it the same case with films as well?
Not at all. Films just happened and I was going with the flow. They were just something I was trying to balance with academics. In fact, during the filming of Vikramadityan etc, I was in Class 11 and final exams were coming up. I had shoots as well, and so had to struggle a lot. But at one point two to three years back, I got more clarity, and realised that I need to take films seriously in terms of a career. Anyone of that age would have such confusions and eventually reach a stage of clarity, I guess.

Which brings us to a general misconception about you, that you are older than your real age…
You know what, I’m just 25 but most people think I am at least 30, since I have been doing movies for ten years. On top of that I looked exactly the same all through. In fact, when I was shooting while in Class 11, they would pull my leg on sets saying, ‘Come on, you are much more than 17, you just forged a birth certificate, right?’

What do you think about the evolution of your career in these ten years?
Everyone will have ups and downs in their career and I too have had my share of successes and failures, pain and happiness. But I have constantly learnt from my mistakes. I would call that my process. It might be the same for every actor. Right now, I feel my career is getting better because I’m more clear about what I want. I’m learning, or growing rather. And I’m getting strong and mature characters nowadays.

But you seem like a perpetually happy and carefree person in real life…
Well, I never stress over my career or the failures. When I’m doing a movie, I would be fully focused on it, but once it’s over I wouldn’t think about it at all. I’ll be doing something completely different — going out, watching movies etc. I never think of myself as an actor when I’m not doing a movie. I become a normal person, helping my parents, cleaning the entire house etc. I also believe that as an actor, only then would one be able to find and express raw emotions before the camera, in a relatable manner.

You have to tell us about your pet dog Popo, who seems to be enjoying as much of stardom as you on your Instagram.
Oh, my sister and I have accepted the fact that our parents love him more than us. The proof being that whether we starve or not, they feed him on time. They seem to have stopped pampering us completely, we don’t hear them address us ‘moley’ (daughter dear) these days. But the moment they see him, they’re like, ‘Money, Achante Money, Ammeda Money (daddy’s little son, mommy’s little son). It’s so evident.

We take him everywhere we go. And it’s like a baby is being taken. Right on the morning of the trip, my mother scrambles eggs specially for him. And then we need to pack his towel, his bag, his food… He’s more like a sibling, we never feel like he’s a dog.

A short video of yours dancing to Tere Bina from Guru was a huge hit recently. Are you a trained dancer?
Well, it was a completely impromptu decision to make that video. I loved the song and thought one day, let me try dancing to that portion. The salwar I am wearing in it is actually 11 years old, which I had bought for an awards ceremony. Somehow the video became a hit.

However, I’m not a trained dancer at all, let alone in Kathak. I had enrolled in dance class when I was in Class 3, but quit within three months. They were going on and on with the basic steps and I quickly got bored. Seven-year-old me had imagined I would be dancing on stage the next day after joining.

But I love dancing, I love music and I love Kathak. After getting into movies I gradually started following what the dance masters taught seriously. I try to imitate dance sequences including the expressions, maybe that’s how I’m able to manage dance sequences in movies.

Same salwar after 11 years! What would be the secret to your fitness?
Actually, it was slightly more loose (laughs). I’m not a gym freak at all, but I follow intermittent fasting most of the time and it’s part of my lifestyle now. In my current routine, I don’t eat after 6 pm. I also do suryanamaskar every day that’s all.

Tell us about Eesho. Does it really insult the Christian community as the protestors claim?
Eesho is my next release and I play an advocate named Aswathy in it, who takes some bold decisions in the story. I have known Nadirsha, the director, and Jayasurya, the lead actor, for long. The film revolves around a particular incident and spans over a period of two days. It’s more like a legal thriller. And honestly, I didn’t even know about the controversies for long as I had left for a trip soon after uploading the poster on my social media page.

I don’t think it’s right to judge a movie based on its title. You don’t know what’s in it yet. But then there will always be someone with a different opinion I guess.

What else is coming up for you in terms of work?
Shoot is almost over for a Malayalam movie I did called Rajni, starring Kalidas Jayaram. It’s been directed by a debut director Vinil. Rajni is also a thriller, more of a family drama. I’ve committed to another Malayalam movie, by a debut director named Paul. It’s a woman-oriented film. There are a few more exciting projects as well.

Do you feel that Covid and the resultant only-OTT release culture is changing the nature of cinema?
There were already changes happening in cinema; not just in Malayalam but in Tamil and other languages as well. The industries are more welcoming now, to newcomers and new directors. People’s tastes are also changing. But I, personally, miss the experience of watching a film in a theatre, especially mass movies. When Drishyam released, I wished theatres were open.

The Malayalam film industry has had several controversies the past many years, with many celebrities and stars getting attacked for speaking out. But you have never been involved in any of them…

I’m not interested in them actually. You can even say it’s a conscious decision at some level not to comment on something. I don’t want to get into any messes; there are enough confusions and things going on in life already. I just try to find happiness everywhere. My friends’ are all happy people like me. Even when I say something in public I think twice, as I don’t want to hurt anyone or create controversies. 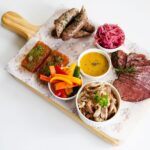 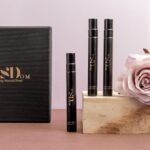 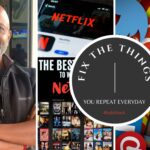 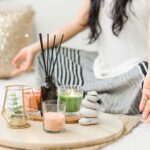 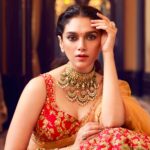