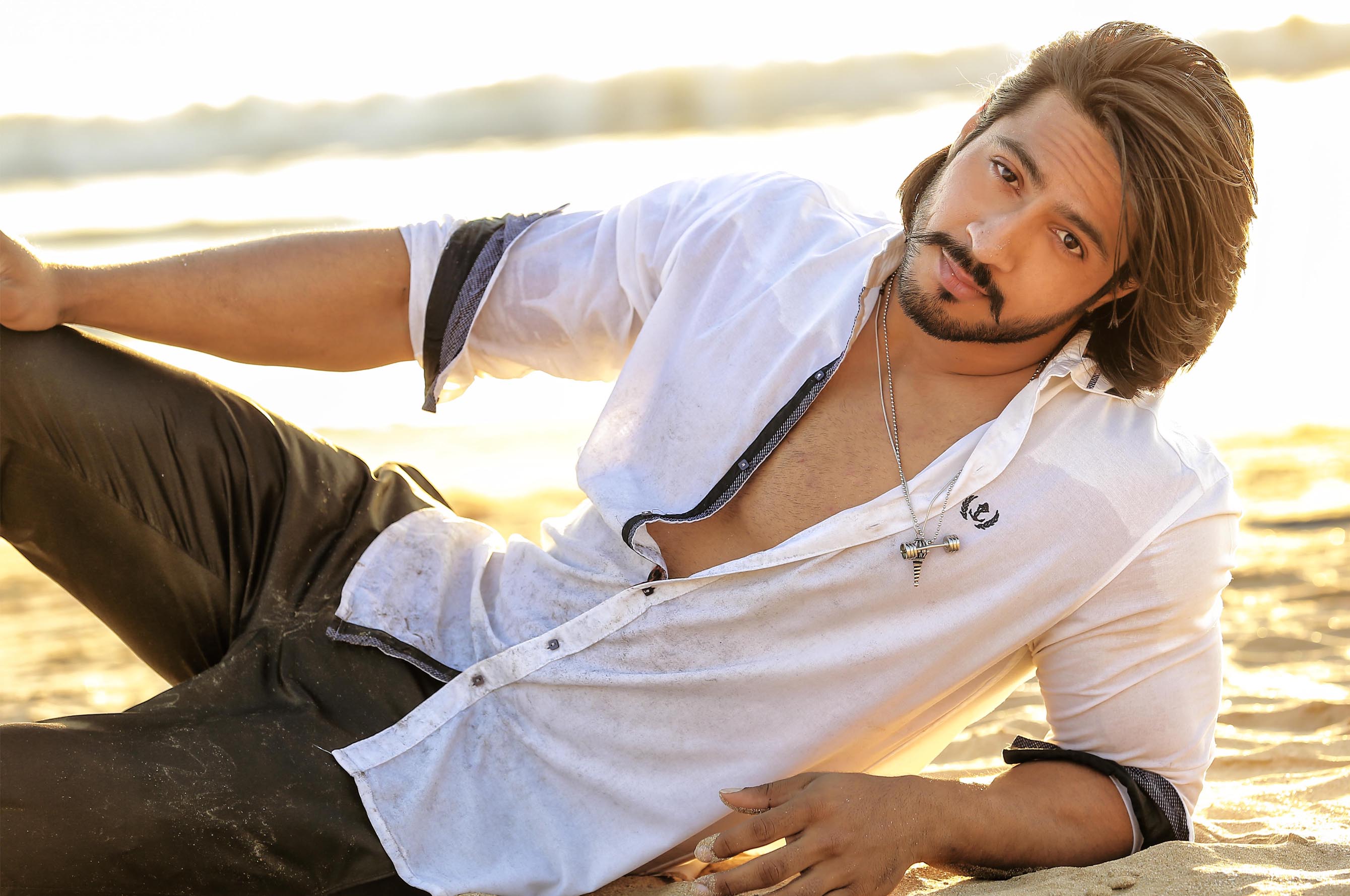 While a lot of actors have an interesting background story leading upto their success in the film industry, this starlet’s story is by far one of the most interesting ones we’ve ever heard. On his way to becoming a pilot, to winning the title of Mr. World, and then being an integral part of blockbuster films; this actor has impressed us with every passing step of his journey, and he reveals it all in this impromptu conversation. Get to know more about Thakur Anoop Singh – the king of versatility, and a powerhouse of talent.

He’s made his mark in films like Singam 3, Rogue, Surya, Commando 2 and many others, and has played powerful characters that could send shivers down one’s spine. With his long mane, piercing eyes and beastly physique, he was always been seen as the perfect antagonist to take on the protagonist. And just when his fans accepted him as their favourite villain as he kept doing justice to his negative lead roles, Thakur Anoop Singh went ahead and took us by surprise by chopping off his long locks earlier this year.
His new look was welcomed by his fans who realised he need not be only an antagonist anymore. He later revealed it was for his upcoming Telugu film, Khilaadi, where he will be seen alongside superstar Ravi Teja. And just when we thought this was going to be his hit film, there’s news that he is now acting as the main protagonist in the upcoming Hindi remake of the Tamil hit film, Singam 3. Anoop’s body of work through the years proves that he is only getting better with each passing year, what with some big banner films in his kitty. So what makes him so successful in such a short span of time?

Born and brought up in Mumbai with Rajasthani roots, Thakur Anoop Singh has always looked for creative outlets even while growing up. With every step in his career, his need for his creative expressions grew, and this could very well be the reason for his fast-growing career. After studying at Fergusson College, Pune, the actor flew to The United States of America to train to become a pilot. But as fate would have it, just when he was about to join an airline company as a pilot, there was a global recession, and the airline company had to put up the shutters, and Anoop’s dreams of becoming a pilot came down crashing. Perhaps, life had something better in store for him.

He soon returned back to his city, Mumbai, and decided to choose a different career altogether. That’s when he decided to give acting a try. He says, “I’d stand in long, long queues for auditions, for hours together. I gave a total of 129 auditions, and rejections were my only teachers. After every rejection, I got less fearful of rejections. And at one point, I actually started enjoying the auditions and was not nervous about anything. I would give my best. I would give it my all, and forget about the results.” And in 2010, Anoop landed a role in the show Mahabharat and successfully completed 250 episodes. Interestingly, he is the only character that lasted throughout the show. Talking about his experience working in the television industry, the actor recalls, “Television is like an institute; you do the same thing for 12 hours a day to complete the episode- and it’s all great, but under a lot of pressure.”

After being part of the television show, Anoop was criticised for his heavy body structure. That’s when he turned the criticism into a challenge, and spent hours working out every day to achieve a ripped physique. “Every time I got criticized, I would take it as a challenge and prove them wrong. And I think it’s so important to be egotistic- egotistic for the right reasons. I spent hours in the gym each day and gave up on salt and sugar for an entire year. I was trained by my trainer, Rohit Shetty and I could see my body transform each day,” he says.

After getting impressed by his phenomenal physique, the actor was asked to give the Mr World title a shot by his friends. Anoop took their suggestion and turned it into yet another challenge. Interestingly enough, while preparing to win the title of Mr World, the actor says, “Just a week before the finale, the girl I was dating got married. And I had no one to sponsor me. I was also heavily criticized by critics that I wouldn’t be able to make it. As heart-breaking as it may sound, I converted that into a motivation too, and worked even harder and the rest is history.”

“On the day of the finale, I thought to myself that I’d do my very best”. Mr World winner says, “As an actor, you may do many films, but nothing can beat the proud feeling you feel when you represent your country on a global level. After I won that title, every problem I had faced until then seemed minuscule. After this, I started believing in miracles and started giving my thousand percent even for the smallest of things. That’s when I started valuing people even more. Because whoever I was meeting along my journey, they all had a purpose. They were either there to teach me lessons or help me out,” he adds.

Soon after, the multi-talented actor met the famous director Puri Jagannadh and worked on films like Rogue, Surya, and Singam 3. Fast-forwarding to now, the actor has now shot for over ten films and many more in the making. But this isn’t all, Anoop is not just an extraordinary actor, but also an outstanding singer and a dancer. It’s true when they say that a true artist is not just someone who is inspired, but someone who also inspires others. Looking back at Anoop’s body of work, we can clearly see how it’s characterised by his irresistible urge to do better than today tomorrow and deliver his best protentional in all his endeavours, big or small.