MAN WITH A PLAN

‘Complimenting my looks demeans my body of work’ 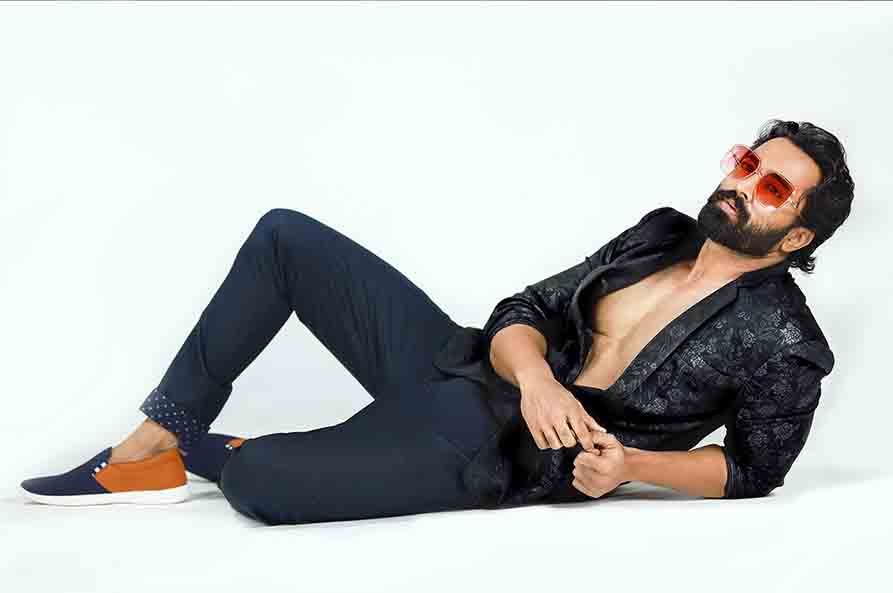 Over a decade ago, Unni Mukundan took the Malayalam film industry by storm making an entry with his good looks, ripped abs and a boyish smile. His entry deserves a mention, simply because, a well-chiselled body, like his, was uncommon in the Malayalam industry. Cut to today, he still looks just as fine as he started off. But a few other things have changed. His upcoming film Meppadiyan is backed by his new venture, Unni Mukundan Films (UMF), a production house with a difference. The suave guy who wrestled his way through life from Ahmedabad without an audition tape or a Godfather and played memorable roles in South Indian films, says, his best work is yet to come and to those showering praises on his physique, he says: ‘Stop gushing over my looks alone’. Ladies! Please!

Can you describe how your journey in the film industry has been, considering you made it without a Godfather or any other backing?
Unni: It has been magical when I look back. I still remember the journey with a lot of clarity. Ten years back if someone had told me: Unni, you are going to work in Tamil, Malayalam and Telugu films, you are going to be a singer and a lyricist and eventually end up producing a film, I would have laughed it off or would not have entertained the thought. But all of that has happened, people love and respect me, they want to see me on screen. I do not believe that it is exclusively my talent or hard work. It has to be something more than that. I have never believed in the concept of a self-made man. Knowingly or unknowingly, people help you. I know when you have a Godfather, there is someone always there for you within the industry, influential enough to do something for you. I have not had it. In life, you do not get everything and I have no complaints about it. The only tough part has been making mistakes and learning. But that has made me a better person overall, as an actor and as a creative person. In a way, if I had someone in the industry from my family to learn from, I would have asked them for advice or seen them go through the same thing and learnt.

Tell us about UMF production house. What kind of projects would you like to take up and why did you get into the production side of things?
Unni: UMF is again a dream. I am already five years late in launching it. The production house will be a platform for talented, passionate filmmakers and storytellers. My debut film from UMF, Meppadiyan, set to release in few months, is helmed by debutant director Vishnu Mohan who is from a non-filmy background. I purely trust his instincts and allowed him to explore as a director. The film has received positive response from the few who saw it. Most actors get a branding image, for me it was the tough man image. Meppadiyan being a non-action movie, I could give a message that I do can be more than a tough boy, I gained 20 kgs and looked flabby to play the part. With UMF, I can also do the kind of films I want to do. My production house is open to people who are passionate about the craft. The preference is never on the basis of experience. If you can see the movie in your heart and if the story connects with the audience, and if you take yourself seriously and are a no-nonsense person, you are welcome. My vision is not tunnelled.

What is your personal vision for the Malayalam film industry?
Unni: People talk about our industry as one that makes nice films, apart from actors -Mohanlal and Mammootty, very rarely do we have movies which break into the market. Our technicians do not earn as much as their counterparts from other industries. We are the ones being praised for making good content, but where is the money going? If you believe good content makers should make more money, then, the reality is, technicians in the Malayalam film industry are not making any money. My vision is that, I want the industry to grow. It is fine to categorise an actor to a genre, but you cannot have an image for an industry. The industry should keep churning out a lot of realistic, non-realistic films as well as block busters. When other film industries are thinking of pan-India level movies, we are still not there in terms of break-through movies. Kerala is making regional cinema, random one or two breakthrough movies do not count. Our movies get remade into other languages and reach a bigger space and no one knows about the original film, resulting in our technicians earning peanuts. I understood the difference in pay while working in the Telugu industry. It is the way they market and envision a film. One Bahubali changed the enter dynamics of the Telugu industry, Similarly, KGF did it for the Kannada industry. I think Malayalam cinema deserves a bigger platform, not just in terms of respect, in terms of economics, the money has to be made. This is my personal take. With my production house, I will genuinely fight for this.

Upcoming films?
Unni: Other than Meppadiyaan, there is Brahmam, a first with actor Prithviraj, I am also part of his project Bro Daddy. A Telugu movie, Khiladi is coming up. Few others are Pappa, Shefeekkinte Santhosham and 12’th Man. From UMF’s banner we have Bruce Lee, which is an action entertainer meant for a pan-Indian audience.

Tell us about your upcoming film Meppadiyan?
Unni: The film is about people who are adamant and ethically strong, they do not give up on their word. It is based on real characters among us. It narrates the journey of the protagonist, Jayakrishanan’s turn of events in his life. An uncommon story in a common man’s life. It is a family entertainer with no action scenes.

Do you have a dream role?
Unni: I do not have a dream role. I am fascinated with VFX films a lot. I want to play a superhero on screen for children. I enjoy superhero movies, the way a fictional space is created and you do whatever you want. It is so much fun. I am a DC comics fan and of course, Superman is my hero since childhood, I have a collection of superhero miniatures. I also like He Man. They both have alter-personalities, I realised that the more I am under pressure, the better I perform.

How do you respond to people referring to you as ‘dream guy’, ‘muscle bro’, ‘fitness freak’ and as their crush?
Unni: It feels good, if they say it the true sense and if they mean it. Otherwise, the problem is, it demeans the actor in me, it demeans the entire body of work I have done. I have acted as 70-year-old and as a woman in different films. I have never tried to limit myself to a certain kind of cinema. Whatever they are saying (glamour, body and looks) is related to my personal life. I work out and try and maintain a healthy life. It is a personal choice. I never did it for movies, I never went to the gym to get a six pack and become an actor. It was never like that. A wide range of work space (acting, singing, writing lyrics) gets overpowered. I fear that in a span of ten years, if I lose my muscles, will you guys give up on me? That is the nightmare I sleep with. However, the same nightmare pushes me to make sure my work levels are high. Because I wish that at one point they should talk about my craft as well. There was a time I enjoyed it, with age, it is not a compliment. What is my contribution in looking good? My parents gave birth to me, I have not done anything to look or sound this way. It is like getting appreciated for something which you have not done. It is weird, it is also good. Looks are not the only thing in me, I wish people looked deeper.

You have never shied away from speaking about your middle-class upbringing, you have been opinionated and stayed grounded, how do you do it?
Unni: When you become an actor, you do have an obligation to society, because somewhere you do wield an influence. I do not want to influence through my fashion statement (clothes), what I talk or what I eat. That is not influence. You influence through thoughts and action. I cannot be a good-looking guy and do wrong stuff and try to believe I am a youth icon. Being opinionated is part of my character. I have never held myself back. Things have both backfired and worked in my favour. I would not want to change the person I am. Despite being this way, I am still here.

What does your family mean to you?
Unni: Everything. As you mentioned, people see me as a good-looking guy, who am I supposed to thank? All the goodness with respect to my face, I thank them for it. They help me stay composed. They have maintained a dignified acceptance about my career. They have supported me. I made a decision after class 12 that I wanted to be an actor, my mother being a teacher accepted it. My parents have been strict, yet they have a nice blend of being orthodox and broad-minded. My father has never beaten me, but my mother, has thrashed me like crazy. I received good parenting and a good childhood.

How has the pandemic change you?
Unni: It helped me analyse my life. How often do we do that? I had enough time to go through my career and ponder over the decisions I made: what could have been better. What I can rectify. I signed and worked on a few films and even opened a production house. The lockdown charged my battery that was down and made me creatively active.

Do men in Kerala need six pack abs?
Unni: Everyone has a six pack abs, but not everyone can show it. Those who work out and follow a clean diet can flaunt it. I would say, it is not easy. Have an outlook of having a healthy lifestyle. Do not belittle people who are actually allotting time for it. I began at the age of 14, now, at 34, I can say it has helped me. People of Kerala, have changed their outlook towards fashion and are open to it now. If your views on fashion can change, then why not change your views on fitness? I believe fitness and fashion go hand in hand. Also, if you appreciate people from other industries who have six pack abs, why not try it for yourself? That is my counter question.