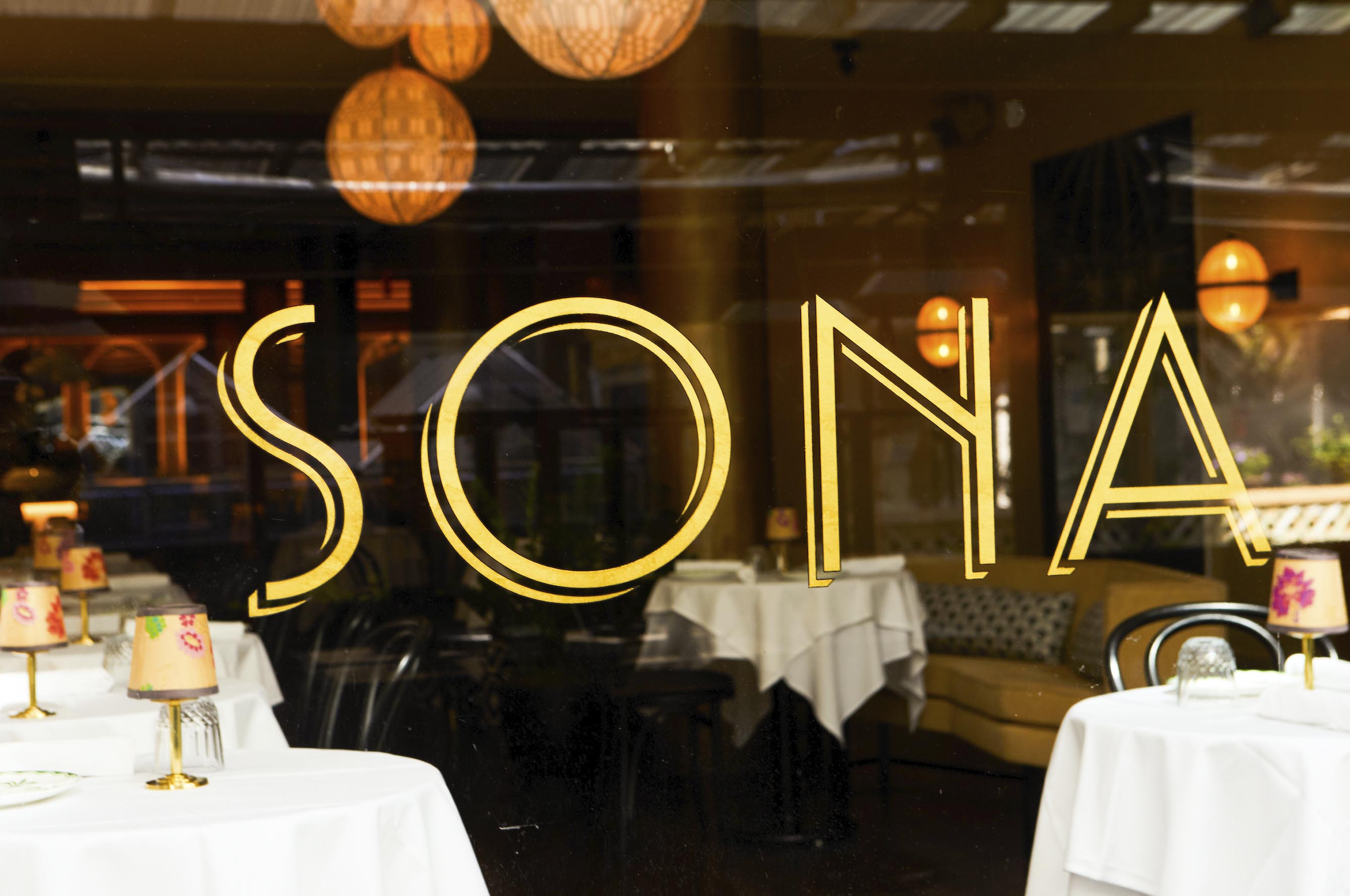 Udupi-born culinary consultant based in New York City, Chef Hari Nayak started his epicurean journey from the Culinary Institute of America, travelled the world over and is one of the most sought-after Indian chefs today, known for his unique global culinary skills. After working in India, he went to the famed Culinary Institute and then dabbled at restaurants in the New York metro area. A savvy restaurateur, Hari Nayak is responsible for the operation and success of several restaurants worldwide and is also a cookbook author of seven bestselling books like Modern Indian Cooking and My Indian Kitchen. His modern outlook on Indian cuisine is what gives him the edge and is already creating a sensation of sorts in North America today. He sticks to his simplistic style of cooking Indian food, but with all the modern trappings that appeal to the global palate.

Hari’s new born baby called Sona in NYC is a refined, modern interpretation of a classic neighbourhood French brasserie, designed to appeal to a distinctly urban-American sensibility, with an understated aesthetic that celebrates and pays homage to the Indian subcontinent’s rich cultural heritage. Hari also co-owns Jhol, in the heart of Bangkok’s Sukhumvit district, a fresh concept that excites senses and challenges perception of Indian cuisine as we know it. We met Hari Nayak at Alchemy at The Chancery Pavilion, Bangalore, which is a confluence of delightful dining experiences and unique recipes and couldn’t stop licking our fingers after a hearty meal. His other consulting projects include Charcoza in Riyadh, Masti in Dubai, Bombay Bungalow also in Dubai and Cafe Spice, one of the largest Indian food service companies in America, besides many more. We take a stroll through his many wanderings with food! 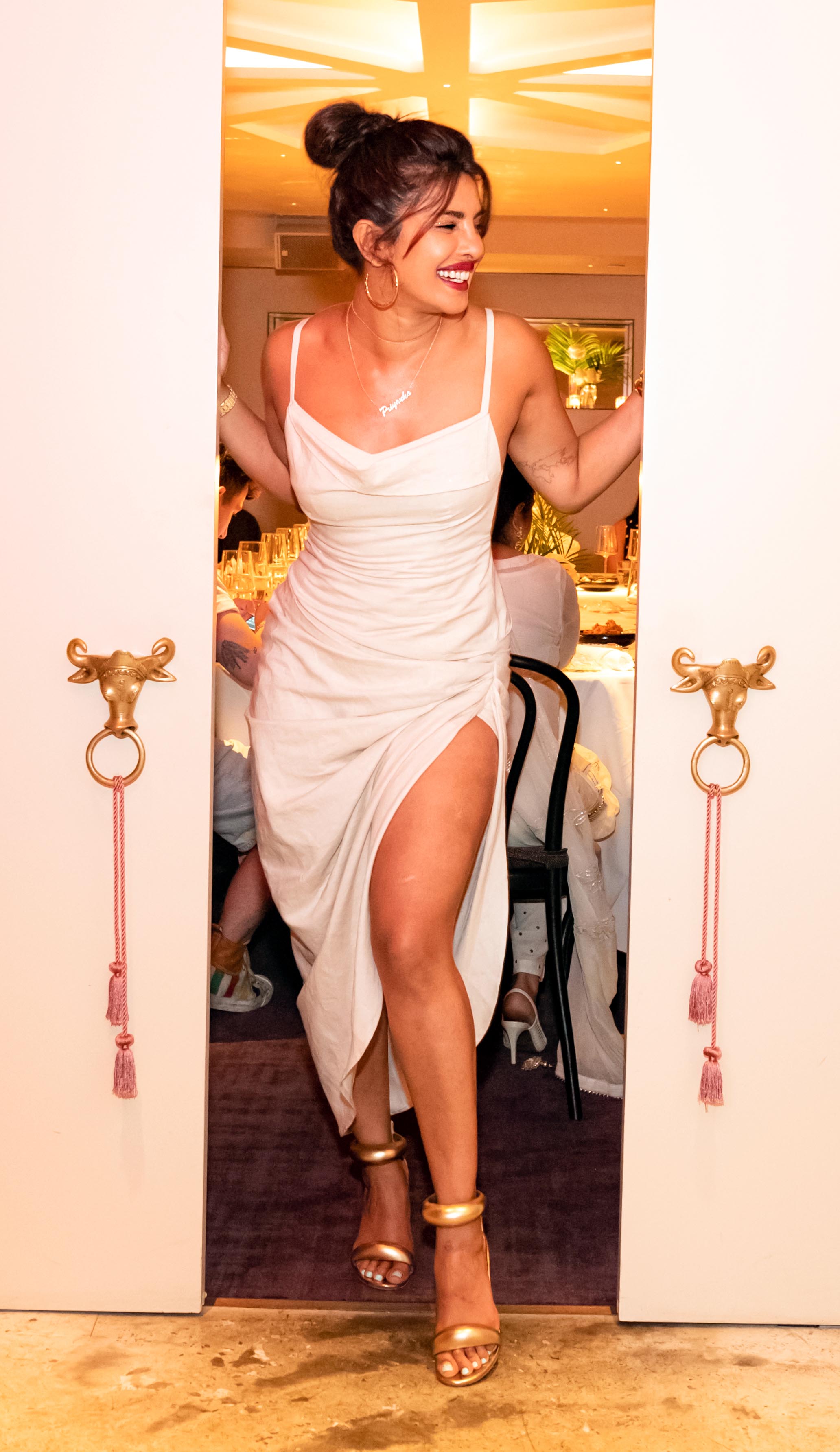 When and how did you decide you wanted to enter the food industry?
Food has been in my blood. My grandfather was a restaurateur. He owned a restaurant in Udupi, a town known for its food and where dosa was originated. My father grew up into the business, but he didn’t continue with the restaurant business and moved to banking. As a kid, I would always hear discussions on food at our dining table conversations, so it was always in my mind, but the first time I went into a professional kitchen was when I joined Hotel Management in Manipal. That’s when I fell in love with the chef’s coat and the buzz that you feel in the kitchen.

How long has it been and how has the journey been?
It’s over 25 years now since I got into this industry professionally. After hotel management from the Welcomgroup Graduate School of Hotel Administration in Manipal, I went to the Culinary Institute of America in New York and since then, I’ve been in the kitchens. I don’t see myself doing anything else and feel blessed to be doing this every day. I enjoy doing what I do and it never felt like a job, as I love every bit of it.

What were the challenges and how did you overcome them?
There have been different challenges in different periods of life. Getting admission to the CIA wasn’t easy, but thankfully I had amazing parents who were supportive of my decisions what I wanted to do. The application and visa process was a long drawn affair and going to a new country was a challenge, as I was the only one of the few international students, starting fresh in a new school and in a new campus in a foreign country. It was challenging and exciting at the same time, but at every point I knew I would have fun and loved the entire process. Last few months our entire industry has been facing a lot of challenges due to Covid and none of us expected that our industry could get hit so badly. Not just me the whole industry suffered. Hopefully the market will pick up everywhere. It has already picked up in New York and hopefully it will be same everywhere around the world.

What have been the highpoints of your journey so far?
Every day I wake up and I feel I have to do my best. Opening a restaurant during the pandemic situation and that too such a high-profile restaurant that is going full every day has been the highpoint for me. Sona in New York has been loved by everyone who has visited and we couldn’t be happier.

What are the places you own and consult at?
I consult at a lot of places in Dubai, Saudi Arabia, Bangkok and currently my project is Sona in New York City. I also have a line-up of food products in America under the brand name Cafe Spice.

How do you keep innovating and reinventing every time? Which are the countries you have travelled to and drawn any inspirations from?
I get a lot of my inspirations from my travels. I’m also lucky to live in New York City which is a melting pot of cultures and we are exposed to so many ingredients, cultures, methods and cooking. Currently, I’ve been doing a lot of research in regional Indian cooking and that has been the motivating factor. I love travelling and last few of my travels have been to Thailand. I love the flavours of Thai cooking, the ingredients they use and the similarities between the regions and their countries and their chillies and other ingredients available there. I also love the different cooking techniques used by different countries and cultures that I get inspired and use it for Indian cooking to create something new.

What do you like to do when you’re not working in the kitchen?
I spend most of the time away from kitchen is with my son and my wife. So, whatever little time I get I spend as much of it with my family

Any advice to the budding chefs? Where do you think the industry is heading now?
The current situation is getting better and now people are getting tired of sitting at home and takeaways and deliveries. So, by next year they would want to go back to how we were earlier and dine out. My advice for budding chefs would be to find a mentor and work with someone who you admire and just work hard. Being hands on is important and trying to keep innovating and experimenting with something that you love. Don’t focus on being famous or going on Instagram. Focus on your dishes and learning and researching, success, fame and money will follow. Keep creating and learning.

What has your work been like in the south of India and where all have you worked at in South India?
I created Alchemy in Bangalore that has been one of my first restaurants coming back to India. I grew up in South India, but other than Bangalore, I haven’t really created any other project yet.

Something about the south Indian cuisine you like and have incorporated in your various dishes nationally and internationally?
Growing up in Udupi, my love for coastal cuisine has always been predominant. It was one of the reasons I opened Jhol in Bangkok, as it completely focusses on coastal cuisine and Bangkok is a great place for that. The ingredients that you find in Thailand are very similar to what you find in the coast of India and in some cases even better. I’ve always wanted to do something different. South Indian cuisine is very dear to me and it’s something I always get inspired and love using its flavours to create something new and exciting.

Which is your personal favourite dish?
I love a good biryani, doesn’t matter from what part. It could be from Lucknow, or Hyderabad, Kolkata, or south India or Mumbai, I just love a good well-made biryani. – It’s one of my favourite dishes to cook and to eat.

How did project Sona come about? Share some of your experiences from Sona?
Sona was a dream and an idea of our founder Maneesh K Goyal who wanted to always create an amazing Indian restaurant in New York, that had never been done before. I met him five years back when he shared his vision and that aligned with what my ideology was too. That’s how Sona was created, and then he partnered with David Rabin, who runs some amazing restaurants in NYC. And, of course, Priyanka Chopra Jonas is the face of Sona, who has also been a creative partner of the brand, right from the beginning, from the conception and development to the design. She’s been involved from the initial days and there couldn’t have been a better brand ambassador from India than her. Priyanka has also dined with us a few times and given her inputs. So, we are all lucky and blessed to be part of this group and it’s everybody’s vision to do something new and give our cuisine an international platform like never before in New York city. We are getting it all started, but we have a long way to go.

Who are some of the celebrities who have dined with you and anything they said about your food?
The experiences so far have been amazing, right from the tasting menus with lots of groups and everyone has loved it. The customers who dine with us are some of the amazing people from New York city, who have Indian food in Sona style and are well travelled. There have been a whole lot of celebrities who have come and keep coming in.

What are your future plans?
We want to make Sona a success and get more stable and run it the way we want to run. In the future, we hope to have many Sona’s across the US and hopefully around the world.