Ajmal Amir made everyone stand up and take notice with his gripping role opposite Nayanthara in the recently released Netrikann. Dr. James Dinah as he is popularly known as, after the intriguing Tamil film, gets candid in an interview with Provoke Magazine 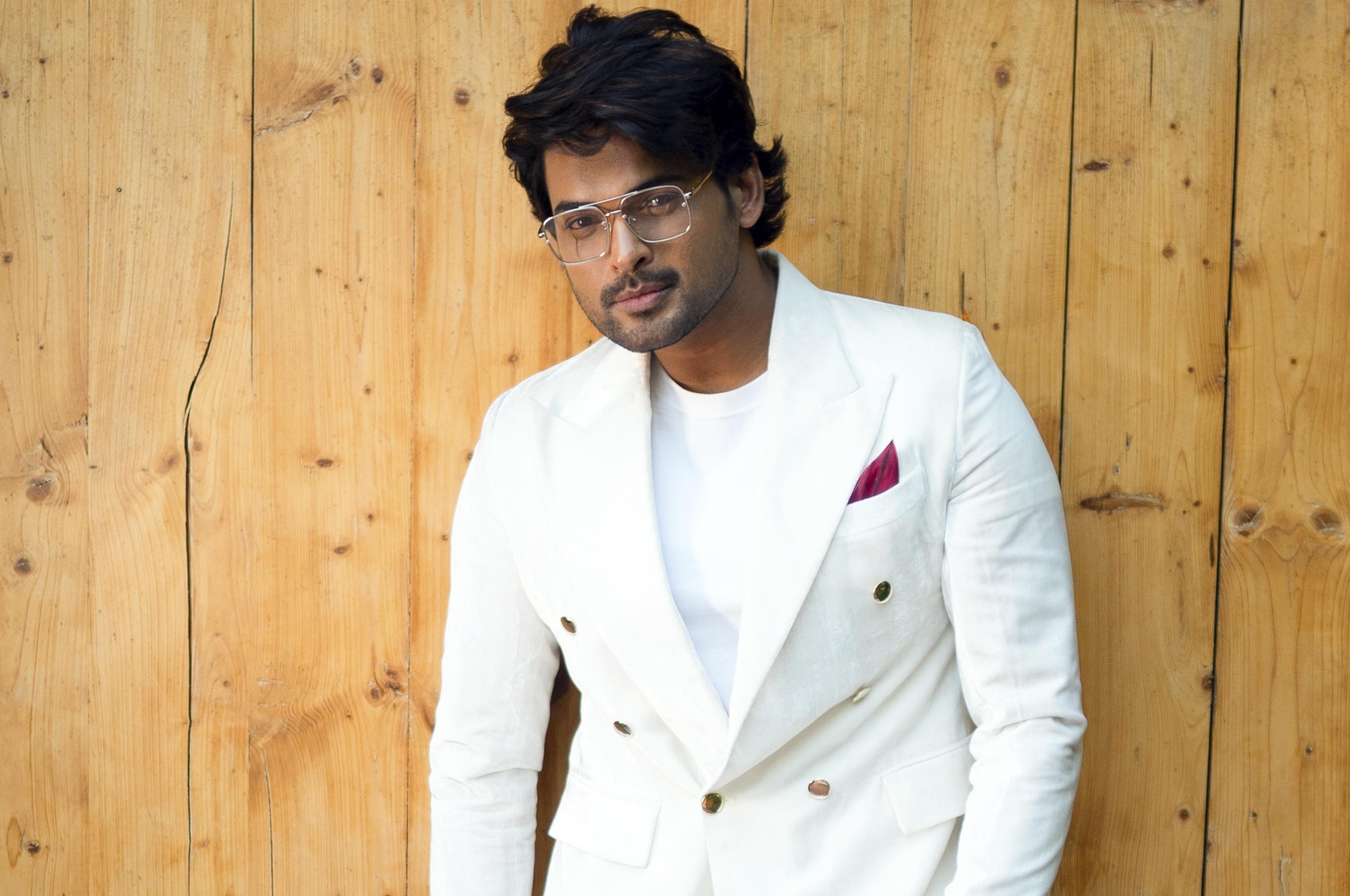 Every superhero’s role in a commercial thriller gets highlighted if he is pitted against a strong villain. Sometimes more than the hero, a psychological thriller tops the chartbusters with the bad boy making his mark. Followed by many epic psychological thriller films in the Tamil industry like Nooravathu Naal, Sigappu Rojakkal, and the recent Ratchasan, director Milind Rau’s Netrikann that released in August won rave reviews. A promising, faithful remake of the Korean film ‘Blind’, the director has given a lot of attention and detail to each of the characters and casting. Actor Ajmal Amir who entered the Malayalam film industry as a romantic hero, is now here to slay. Here is what the man has to say about his acting journey.

How was your experience playing a psychopath kidnapper Dr. James Dinah in Netrikann. How did you prepare yourself for the role?
I love the film Joker and really admired that character. I had always wanted to get a chance to play a role like that but was planning for a good team and script. When director Milind sir approached me for Netrikann and explained the character, I was excited because this was the role I dreamt of. My character in the movie has to carry a lot of emotions and it’s a cat and mouse game between me and Nayanthara. We had two days of workshop and during that period I understood what my team wanted and it really helped me to prepare for the role. During the first few days of the shoot, I was focusing on my dieting and getting into the character. Meanwhile, I also got to know the pulse of the director, producer, and Nayan ma’am. It’s really our team effort that elevated my Dr. James’s character, be its background score, cinematographer, director’s script or Vignesh Shivan’s lifting ups. It’s an entire team effort and magic.

It’s been a while since we have seen you in Tamil movies, how did team Netrikann approach you and after hearing the character what was your reaction?
After the release of Aval, I called Milind sir and told him that I loved the movie and told him that I would like to work for his upcoming films. So, he kept that in mind and called me to narrate the script for Netrikann. He also gave me the Korean version of Nertrikann called ‘Blind’, on which parts of it was based. After watching the original movie, I got to know that the villain’s character is both powerful, strong, yet subtle. Milind sir changed a lot of sequences and scenes for Nertrikann, from what was there in Blind which really uplifted my character and made me take my character to the next level. I really don’t know how girls, mothers, and grandmothers will comprehend my character. I don’t know if people have liked Dr. James Dinah character, but yes, I’m happy with my acting and have got a few good reviews.

You studied to be a doctor who graduated from Russia. Did that help in any way to play a doctor’s role?
I studied medicine but worked as a doctor only for two months. I was completely passionate about films and knew I wanted to get into acting. Yes, in handling certain details like paraphilia or where to inject the medicine and other such minute details, it did help play the doctor’s character on screen.

Would you like to recall some memorable experiences working with Nayanthara?
I have seen her a lot of times at functions and we have both bumped into each other at airports a few times. I knew how professional she is and I really respect her for where she stands now. She started her career in the Tamil movie Ghajini and we have all seen her body of hard work and her transformation. The movies she has selected, the performances she has given and the awards and recognition she has received are commendable. She took a break and has made a powerful comeback. There are a lot of things that should be learned from Nayan ma’am.

How did your family and friends react after watching Netrikann?
I was really worried about my family watching Netrikann. My family members said they liked the film. My relatives reached out to us and appreciated my performance and they were happy for me. My friends kept encouraging and appreciated my performance over multiple calls and have also been pushing me to get more active on social media.

You started your career playing a hero and now a negative role. How did the transition happen?
I started my career with a Malayalam movie called Pranayakalam, which was a romantic film. Youngsters loved the film, but I always wanted to play more powerful and strong macho characters. I had said no to a lot of romantic films at that point. I played the character of Kirubain Anjathe, which was directed by Mysskin and it received a lot of love and many awards too. I also won the Best Supporting Actor’s award for that film in 2007. After that, I also played a powerful role in the movie TN 07 AL 4777. I was also called for the movie ‘Nandhini’ by director KV Anand, who appreciated me for my intense acting. After playing a strong villain role in the movie Ko people recognised me all over India. I again won the Filmfare award for Best Supporting Actor and got many offers after Ko, but I didn’t take it up. After that, I went for my higher studies in England. Meanwhile, I had done three Telugu films and those were not such big hits. So, I decided to take it slow and pick only a handful of really good projects. In the past three years, I have become very choosy in selecting the team and script. Then I did Iravukku Aayiram Kangal, Devi 2 and now Netrikann.

In reality, if you come across anybody like Dr. James Dinah what will be your reaction and what will you do?
I will try my level best to put him behind the bars or finish him off.

What’s your dream role?
I have a lot of dream roles I would love to play. I guess none of the actors would have said yes to Dr. James Dinah’s character, because of everything evil and ugly attached to it, but I found the role challenging as an actor. There is a lot more to explore in the future and I would love to keep challenging myself as an actor every time.

What are your future plans? What are some of your upcoming projects that you’re working on?
I have signed three movies. My brother Askar Amir is directing a movie in Malayalam and I’m playing the lead role in the movie. It is almost near completion and will release soon. I’m also acting in another movie with Nayanthara and Prithviraj. This will be directed by Alphonse Puthren and the shoot starts in September this year.