A THIRD EYE VIEW FOR AUTISM

THE THIRD EYE IS A CENTER FOR AUTISM, RUN BY SARANYA RENGARAJ, WITH THE AIM OF HELPING CHILDREN WITH DEVELOPMENTAL DISABILITIES 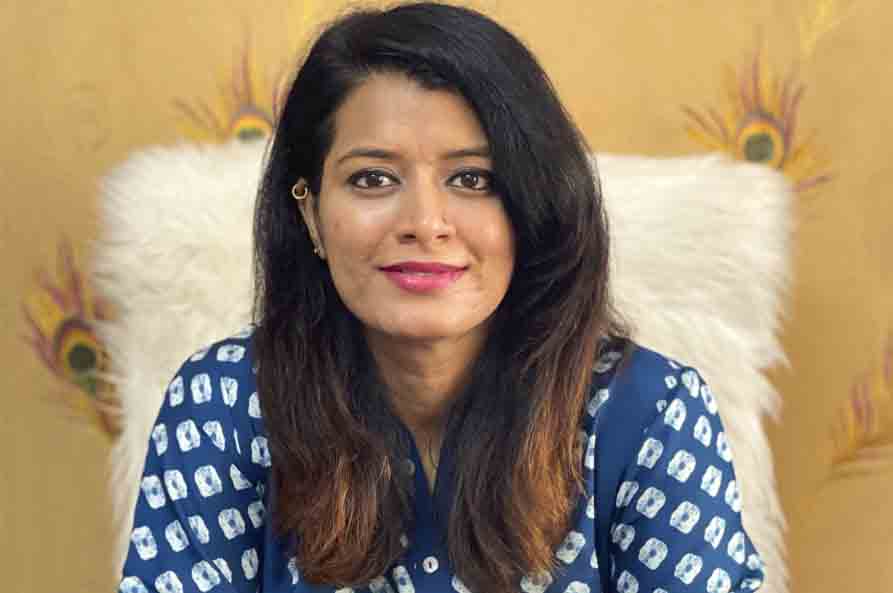 Third Eye is a center for autism with the aim of training children with developmental disabilities. The co-founder of Third Eye, Saranya Rengaraj, moved to India from the USA to help her mother. Saranya’s mother Vanitha Rengaraj runs an NGO called Sharanalayam in Kinathukadavu, Coimbatore. At Sharanalayam, nearly 200 residents live, who are abandoned and neglected by society. Saranya is an American board-certified assistant behaviour analyst and a floor time practitioner. She has her background in psychology. Third eye specialises in a scientifically proven therapy for autism called applied behaviour analysis (ABA). After starting the center in India, they have helped 60-70 autistic kids to go back to school. They have a centre in Kinathukadavu and five centres in Coimbatore. Let’s get to know more about the Third Eye from the co-founder herself.

What is the vision of Third Eye?
When I moved back to India, my mother wanted to start a specialised center for autism. She has been working with the abandoned mentally ill for the past 20 years. When we rescue and bring them to Sharanalayam, people used to say they are mentally ill, but in reality, they are not, they are autistic. They were not treated properly in their earlier days, so they ended up being called mentally ill, which is very sad. Tamil Nadu has several centers like special schools catering to special kids, but we don’t have anything exclusively for autistic kids, where they provide evidence-based therapies. There are a lot of strategies and international standards to treat autism, so we decided to start a center. We want to create an inclusive and understanding society for autistic children, where they can live without discrimination. www.thirdeyecenter.org has all the details on how we help people and how they can too.

What is autism and how well is it understood in India?
Basically, autism is a neurodevelopment disorder, where the child will have issues in communication, social skills and may display very rigid and repetitive behaviour. The communication skill has two parts receptive is more of listening, understanding, and reacting to it. Expressive communication could be sign language, gesture and speech. So autistic person will have problems with language, toy play, interaction, repetitive behaviour, self-talk, hand-clapping, lining up objects, rocking back and forth etc. Some of the symptoms of autism are lack of eye contact, not responding to name calling, not following instructions, unable to imitate, etc. In India, we started the center eight years back and we did a big event ‘Go Blue for Autism’ at Coimbatore. Not many people were aware of autism then, but now people know what autism is. But still, there is a lot of social stigma attached and parents do not come forward and say that the child is diagnosed with autism. Help is not given at the right time. To know more about the Third Eye, you can email your queries on thirdeye.aba@gmail.com or call 9442574204.

What does ‘The Third Eye’ provide for children with autism?
Autism is not curable because it’s not a disease, but a disorder. The only way is to go for therapies. There are a lot of ways to treat autism and at our center, we use a scientifically proven method called ‘Applied Behaviour Analysis’ (ABA) and very few centers in India offer this program. This program works on the principle of motivation and learning. We work towards improving the child’s communication skills, social skills, reducing the challenging behaviour, interaction with others, parents training and counselling programmes. It’s basically a holistic program that we provide at the center. Though autism is not curable, if they come in the early stage of one or two years, there is a huge probability that a child can get out of the symptoms of autism. We have a special school where we teach kids special education along with ABA.

What was the inspiration to start ‘The Third Eye’?
My mother is the biggest inspiration and she started an NGO called Sharanalayam 20 years back. Through this NGO, more than 1500 people have benefited. At Sharanalayam, we have orphanages, abandoned mentally ill and challenged units, and senior citizen home, and HIV patients. So my mother was a huge inspiration. We follow her path and her way of supporting and giving.

What are your future plans for ‘The Third Eye’?
We have nearly six branches in and around Coimbatore. We are looking to branch out to other cities, because many parents have started to move to our place leaving their families and we don’t want that to happen. We are looking out to creating a boarding facility for the kids. Eventually, we want an early intervention program and an end-to-end program to create a gated community, where parents of autistic kids can purchase a property and live with other special kids families.