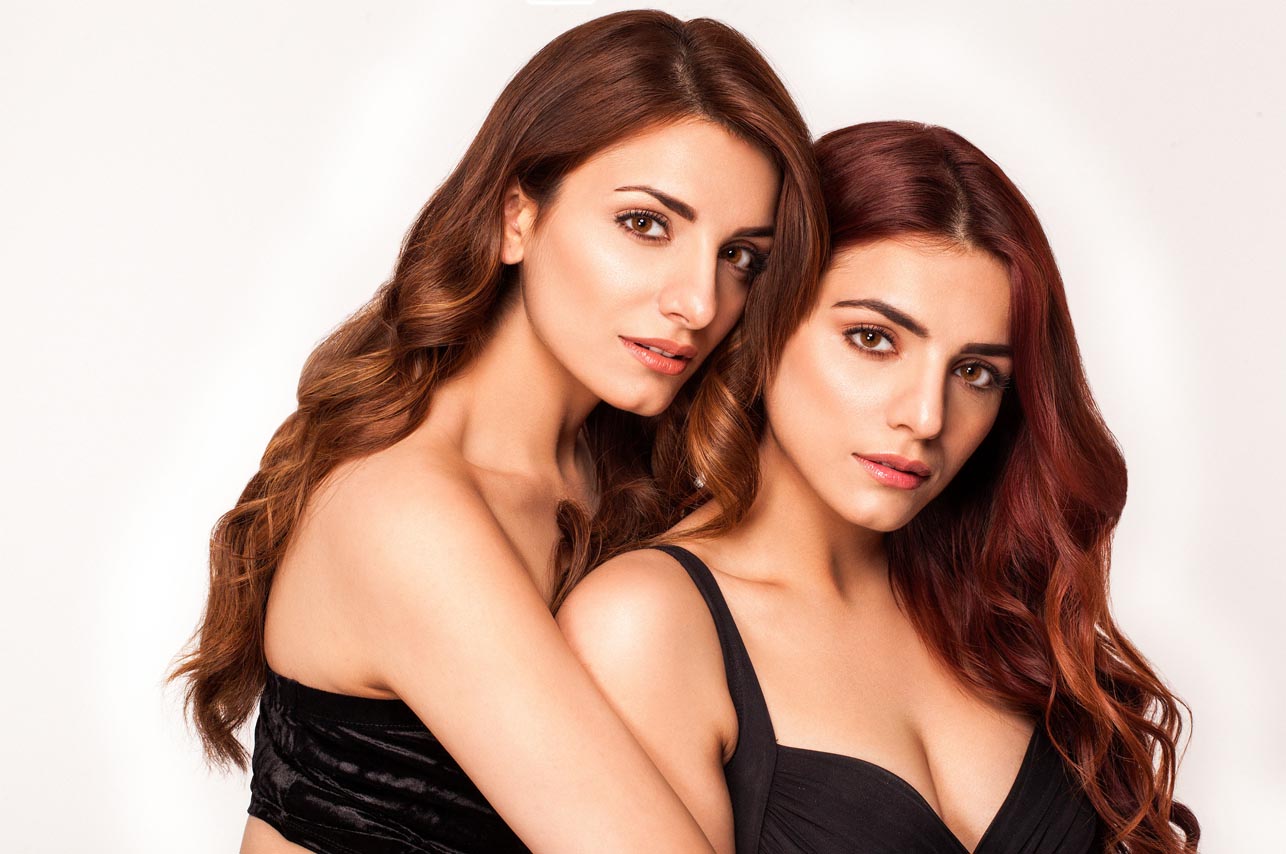 Sukriti Kakar and Prakriti Kakar are the shining Bollywood playback singers and they are India’s only “singing twins”. They both started singing when they were all of 13 and now they are trotting across the world for their music tours. Kakar sisters have impressed the nation with many of their famous Bollywood songs. Sukriti is well-known for one of the biggest hits of 2016 “Kar Gayi Chull” from “Kapoor & Sons”. It made her a household name overnight. The singing duo are professional entertainers and iconic fashionistas. They’re young and glamorous with the essence of music running in their blood and that is quite a lethal combo. They are the inspiration for the people who have big dreams! Prakriti along with her twin sister Sukriti has done over 100 shows across the world travelling with their band. The singing twins have recently released a hit remix of Dua Lipa’s song, ‘Levitating’ composed by Amaal Malik that is already creating quite a buzz in the country. Let’s hear it from the Kakar sisters themselves…

How do you both feel about being India’s only “singing twins”?
Sukriti Kakar: Well, the feeling is quite unique I have to say because it comes with a lot of responsibility and fun because it just really wasn’t the idea! Prakriti and I’ve always had our solo individual careers and at some point, she always had the same interests and hobbies. Even as children we always wanted to be movie playback singers that were a dream that we shared in common and soon after our parents wanted to see us performing for gigs at a very early age. We were onstage doing live performances in restaurants, clubs then we started performing for weddings and college shows. We got a lot of experience together performing on stage. We used to even train and learn music together.

When it comes to music, we both love doing that together and performing together, but people soon after that started asking us that we both were always together, but don’t have any songs together. That’s when the whole dream of really singing songs together came into place, because before we were singing for movies and in the movies they have only one lead actress and we sang separately. We realised that and started song writing so we can have songs and once that started happening people kind of coined us and joined our names like “SuPra” and a lot of people started calling us the only “Singing Twins.” We keep working on new content and new music and I feel like we both are each other’s strengths and weaknesses which still has a long way to go and we’re so excited to be!

When did your musical journey begin?
Sukriti Kakar: My mother came up and told us that when we were younger we really wanted not to be singers, because we came from a musical environment and my mother was a music teacher in a school in Delhi. When there is so much music at home you always are into it but when it comes to your dreams, professions, and passions, they end up becoming something else. Prakriti and I were really good in studies and I really want to go to university to be a pilot or doctor and wanted to do something completely different. My parents knew that my elder sister who is nine years old, is actually the first professional singer in our family. We’ve seen her struggles in the industry which is super uncertain, so my mom always told me that you have to do something different, but as fate would have it, we all just got into music and that just became a full-time job and definitely after that there was no looking back.

We always loved singing but when we were just 10 years old, we started singing in school during the annual day and carnivals. When you get appreciation from people at home, you take it for granted sometimes because you think they are parents and they are going to say good things only. After we started to sing in front of our colleagues, students, friends, teachers and everybody started appreciating us. That’s the first time I think we felt we might be good. During college, we started singing on the side, for a lot of Ad jingles in the background for pocket money. It was something that we would really enjoy and professionally we started singing when we were 16 and we’ve been singing all our lives since then. Music is the only thing that made us united and even the conversations at home are all about music, so it’s never really left my life and I don’t think of anything else ever since.

Tell us about your experience working on Dua Lipa’s smash hit Levitating remixed by Amaal Mallik.
Sukriti Kakar: The highlight of this year definitely has been Levitating, the Asian India remix with musician and singer Amaal Mallik and Dua Lipa. It was literally a dream come true being Dua Lipa’s biggest cheerleaders and fans from India. I’ve always looked up to her. It’s really surreal to see our name next to her on the song now. The song is globally so popular and the working experience was amazing, because Amaal is our dear family friend for the past 12 years. We’ve also had some major hits in past like ‘Kar gayi chull’ song, along with Amaal and to have Levitating again is absolutely amazing.

How was your time spent during the lockdown period?
Sukriti Kakar: This lockdown has been very different from the last one. The first lockdown was a little depressing to be honest because it was the first time something like this was happening to us in our lives. Earlier in a month, 15 days used to be dedicated to travel and other 15 days we would be in the studio. To break that flow and not performing was really difficult and we just didn’t know when things were going to get better. There was so much uncertainty but it also got us focusing on different things. Actually, sitting at home and trying to make music, to be honest, I really did lack that creative impulse. I was not really feeling creative and we had a block. The second lockdown was much easier, because I’ve really made a whole routine out of things and have made a schedule of what I’m going to do. I don’t completely waste the day, but I have to say, that I’ve taken some days completely off when I’ve not done anything. I’ve not been sorry about it because I really learned the power of patience and just not doing anything is also okay. And that’s exactly what I’ve learned – the art of literally not doing anything. Don’t be super hard on yourself and just have patience.

What’s your dream project would be?
Prakriti Kakar: My dream project would definitely be releasing an album. Till now we have released only singles. Sukriti and I are working so much on new material and there are about 6-7 songs that we have in the pipeline, so we’re slowly working on each one of them, separately giving them all the attention thanks to the lockdown. Individually working on the production and the lyrics of each song and hopefully, by the end of this year we will be able to be in a place where we can put the album out. I think that’s definitely something that we’ve always wanted to do as musicians and singers so that would be our dream project.

What’s your future goal in your career?
Prakriti Kakar: My future goal in my career would definitely be able to reach a place where there is no distinction between film music and non-film music. I think my only goal and dream in my career would to be the force behind disappearing the lines between Bollywood music and independent music. We both deserve the same amount of recognition and I feel that’s the goal for me and I want to be able to release music which is not considered non-film music.

What’s your relationship goal?
Prakriti Kakar: Like most people, even my relationship goal would be basically just to be happy, comfortable in my own skin, also one of my biggest relationship goals would be to be with somebody who fully, wholly, and completely supports me for what I do and nothing but still, just support for me. I particularly look for a support system every time I get into a relationship.

What’s your fashion statement?
Prakriti Kakar: My fashion statement has to always be something super colourful, vibrant, cheerful, and young, but at the same time something that I completely feel myself and that only happens when I genuinely like myself in certain clothes and that comes from a place of comfort. It could be the tightest fitting dress in the world or could be an oversized tee-shirt, but as long as I’m feeling myself and comfortable, I look my best.