BREAKING NORMS, ON AND OFF-SCREEN

KANI KUSRUTI’S PORTRAYAL AS KHADEEJA IN THE MALAYALAM MOVIE BIRIYANI WON HER THE KERALA STATE AWARD FOR BEST ACTRESS 2019; ASHA PRAKASH CATCHES UP WITH THE VERSATILE ACTOR… 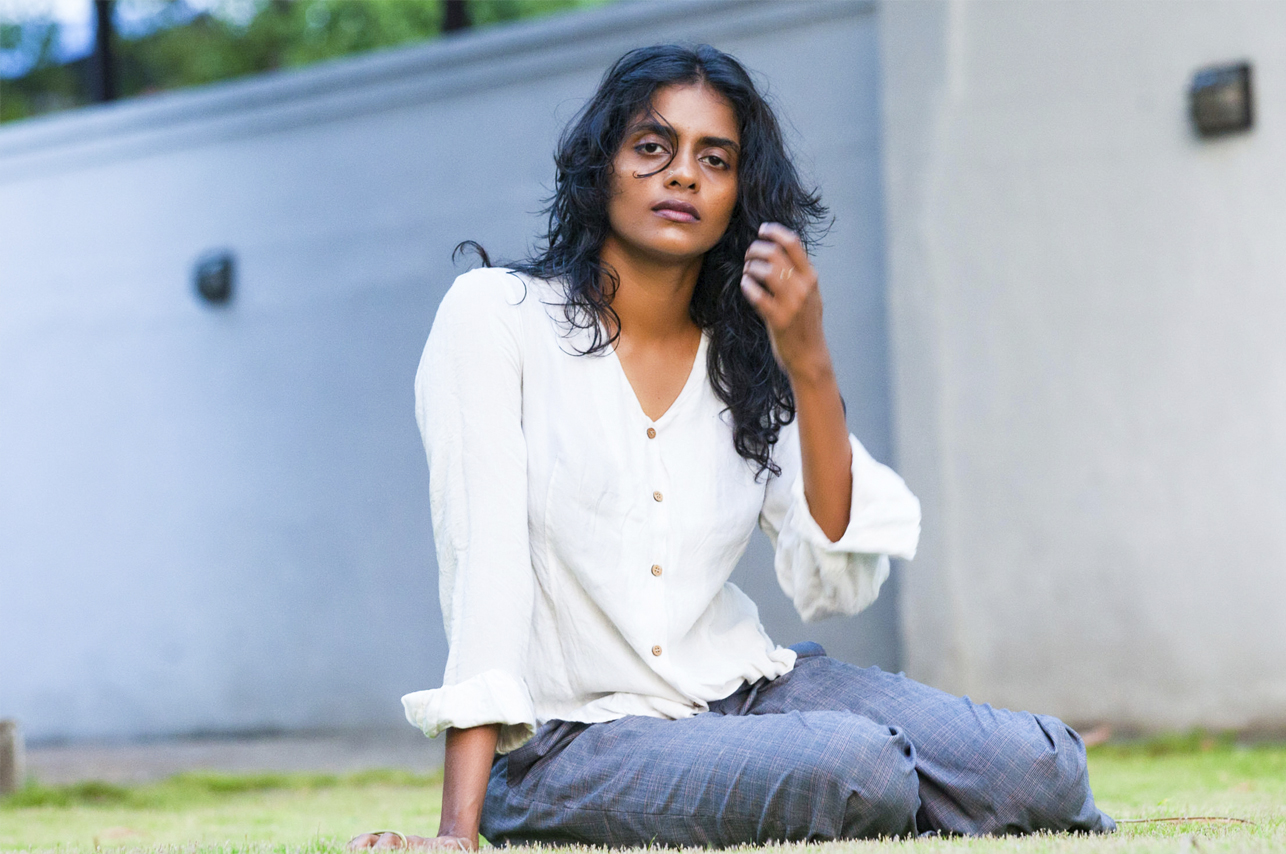 When Kani Kusruti was first offered the role of the lead character in Biriyani, she refused. “I was about to leave for a month-long project at Amsterdam, plus I was half-minded about the character. I felt a male gaze in the approach,” she says. So she requested the director Sajin Babu to find someone else who would be more convinced about the script. But Sajin persisted, and finally she agreed. “After all, it has a full length character for me, I felt. And every movie will have elements I don’t like.” On landing in Kochi from Amsterdam, she went straight to the set and started off with the movie.

And Biriyani went on to win her the Kerala State Award for Best Actress 2019, besides the BRICS Best Actress award at the Moscow International Film Festival. Kani, or Kani Kusruti (mischief) as she has named herself, or Kantari Kanmani (fiery, apple of my eye), as in her Instagram handle, is basically a theatre actor and model, who has done small but memorable roles in Malayalam and
Tamil films.

Many knew her as the daughter of Maitreyan and Dr. Jayasree, the couple who made history in conservative Kerala by not just living together as a couple, but being vocal about it at a time when the term wasn’t even known here. However, mainstream movie watchers were not all familiar with Kani, until she won the State award. Does it feel like she has arrived now? “Well, it is indeed a recognition and motivation to do better work. But I don’t think any actor would feel they have arrived on getting an award, I certainly don’t work with awards in mind.”

Biriyani follows the life of a Khadeeja, a Muslim woman from an impoverished fisher family, who suffers silently all that life and patriarchy throws at her, until finding liberation one day, ironically when she realizes that she has nothing more to lose. The filmmaker has made no attempts to sanitize or soften the frames and the film shows life in all its rawness; the good, bad and the ugly. Ask her how it feels to be at the centre of a disturbing movie and she says with a laugh, “well, I haven’t watched the movie yet. Also, film sets are always so noisy that you don’t get to think too much about anything but the current shot.”

This is also a grouse she has, being a theatre person. “I have always wondered why there should be so much shouting during a film shoot, even in quiet indoor locations.” During the shoot of Biriyani, they had to shoot amidst a crowd once, in an area where they had no permit, she recalls. “We had to look out for cues from co-actors and the cameraperson to begin, and be one among the crowd. It was a thrilling experience and also a revelation that a scene could be shot without yelling,” she says.

Nudity, especially with a female actor is still taboo in Malayalam cinema, let alone a sex scene, and Biriyani has broken the norm in that aspect. But Kani is quiet nonchalant about the sex scenes featuring her in the film. “I had shed all inhibitions about my body, after I started theatre. Later during my stint in Paris where I studied acting, I got exposed to a lot more nudity in theatre,” she adds. “Even today if I’m before someone I love I might feel a little inhibited. But in a professional space, I don’t feel conscious about my body.”

Her only issue is with the directors and writers here, who, she feels, lack a professional language when filming sex scenes. “Even in Biriyani, director Sajin once said something like, “Kani, now we are going to shoot ‘that’ scene”. I got very angry and asked him why he is directing a scene he can’t talk about. He listened to me, and I’m glad about that. If a director refers to it as something shameful, what are the actors supposed to feel? We are also people who have grown up here but have broken taboos with much effort,” she says. “If a director finds it difficult to shoot such a scene, he should call in a professional, like in some film industries abroad.”

Kani has never been one to conform to society’s norms off screen either. How does she deal with all the criticism? “You don’t call it criticism when someone runs their mouth. It becomes criticism only when a person studies a work and speaks about the positives and negatives in a respectful manner. I would appreciate such criticism and that’s how you grow too.”

Does that mean she has never had to face the wrath of conservative Kerala? “People are regressive in Kerala, I agree. But I have never really had to face any such wrath directly, probably because the people who call me for work are those who believe in my worth. As for random news portals and the comments there, they’re not worthy of my attention. We have only one life and I always move on from such ‘issues’ pretty easily.”

Above all, she cares only about the opinions of people she is very close to, she says. “My parents are progressive; they understand me and vice versa. I’m fortunate and privileged to be born in my family. The same with my close friends. If they question something I did, I would definitely engage in a conversation about it.”

But there was a time when she felt she had to make everyone around her happy, she says. “But then, very soon I learnt that no good will come out of trying to please everyone except that we would worry ourselves to death. So by the age of 17 or 18, I realised that my personal life is my own, and that I’m not answerable to anyone unless I’m defying their constitutional rights.”

How, in her view, is the way forward for women to start living the lives they want to, and not the stifled one prescribed for them by society?
“Well, the first thing they need would be financial independence. Most women in our society either don’t have it, or their money is handled by the husband. One’s own conviction is also equally important, that there is nothing wrong in being out at night, for example. You need, both to live without compromising yourself too much and to take a stand — at least in India.”

In her case, it was movies which gave her the much needed financial independence, she says. “I was never passionate about cinema, and used to find Malayalam films of the 2000s mediocre. The only motivation then was that films paid more, and gave me the financial stability I craved for. Even if it is not a thrilling character, I could earn in two or three days what I earn in maybe five months in theatre. And I could do theatre the rest of the month. However, in the past five or six years the Malayalam film industry has taken a turn for the better, I feel. I do request directors whom I like, to do an audition if they come across a role which would suit me.”

Coming up for Kani is a couple of Malayalam movies and a web series titled Maharani, while she awaits the release of another web series OK Computer and Kamal KM’s Pada.

What would the ultimate dream be? “Nothing. I don’t have many dreams about my life, forget about my career. I just want a small house for myself. I am very happy about my career and my life as they are. However, comedy is something I would like to do, whichever the genre.