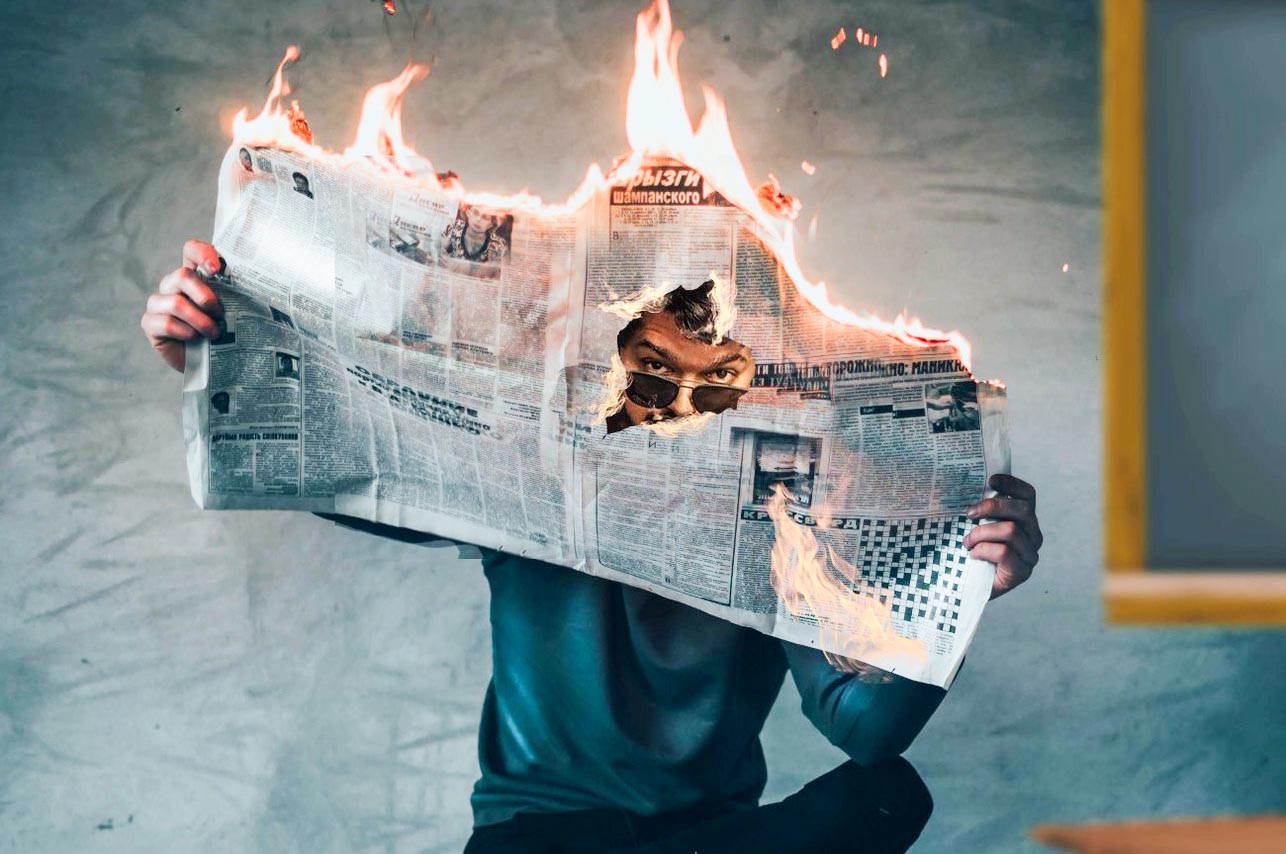 As we cheerfully ring in the New Year, we must remember that the virus is still here and so are the dangers. The pandemic may have taken away many things that we considered dear, but it hasn’t snatched away our will to enjoy movies on the big screen. Here’s a short list of the most awaited releases of 2021. 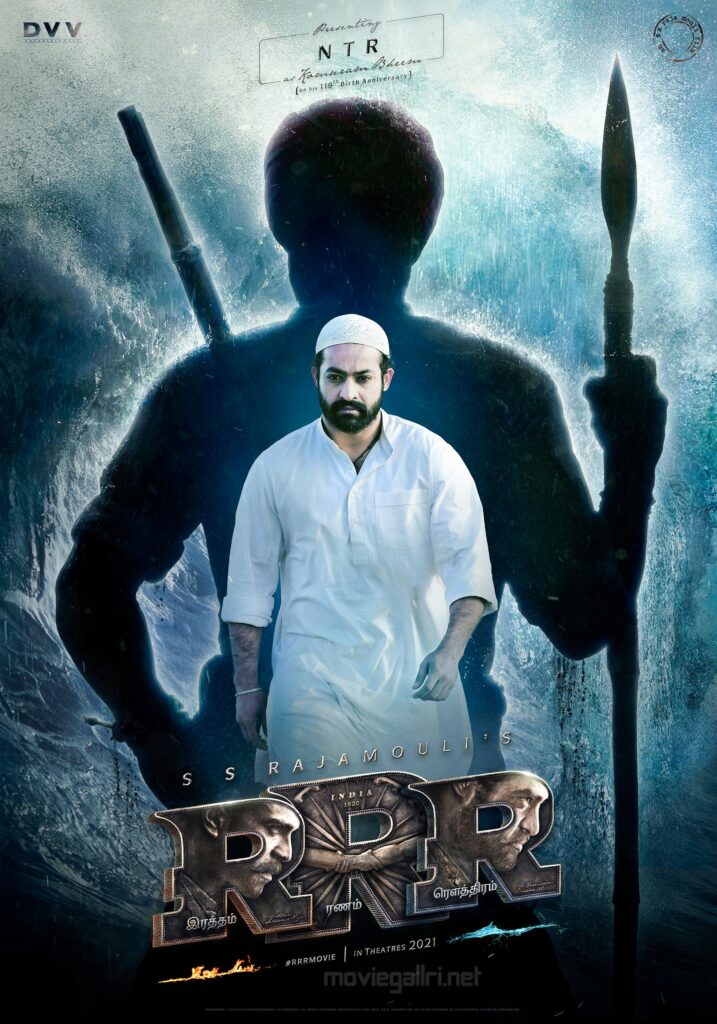 (Telugu; Directed by SS Rajamouli): RRR is, unarguably, the biggest film of 2021. But at this point, it’s not clear whether the movie will make it to the screens as expected. Though it went into production two years ago, the filming hasn’t been completed, yet. Baahubali 1 and 2 also took a lot of time to get made; however, there are new problems because of the pandemic now. The team cannot shoot without taking the necessary precautions and, more importantly, there cannot be too many cast and crew members in a single place at the same time. This movie, starring Ram Charan, NT Rama Rao Jr., and Alia Bhatt, can be India’s answer to the Marvel and DC universes. 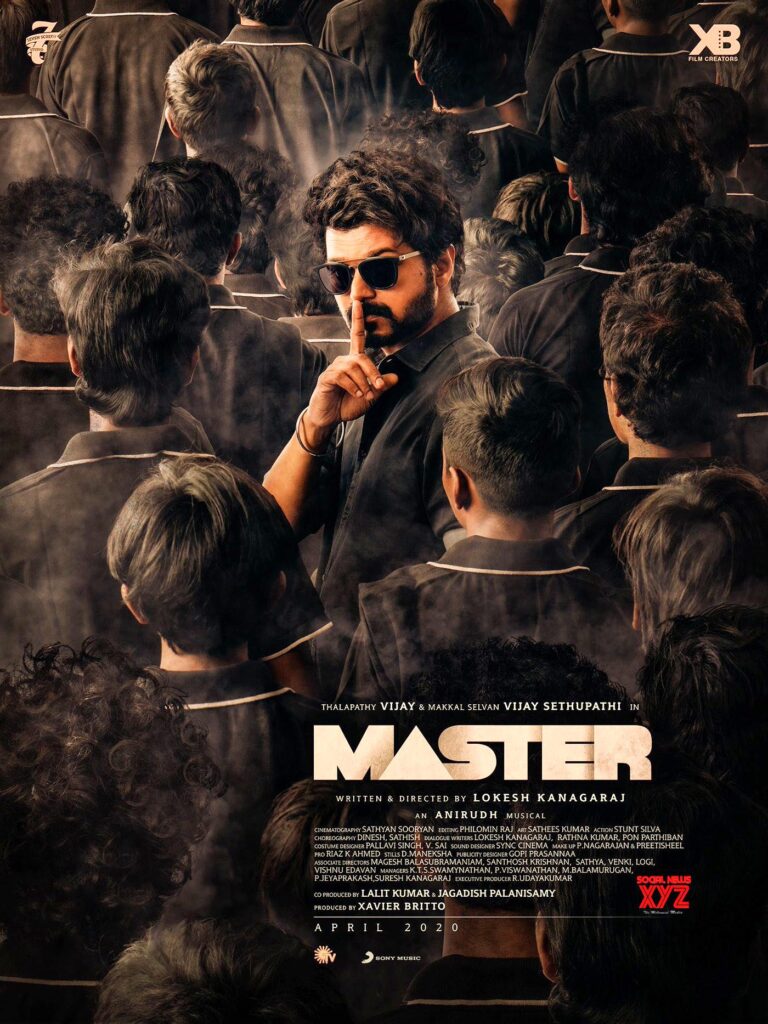 (Tamil; Directed by Lokesh Kanagaraj): Multi-starrers of this kind are rare in Tamil cinema. Though last year’s Petta was headlined by Rajinikanth, Vijay Sethupathi, Simran, Trisha, and Nawazuddin Siddiqui, it was a Superstar film at the end of the day. Master will be no different. Thalapathy Vijay will get a larger share of the screen time than his counterpart, Makkal Selvan Vijay Sethupathi. But the latter isn’t playing the protagonist — he’ll be seen in the shoes of a quintessential villain. Nevertheless, there’ll be many twists since it’s a Lokesh Kanagaraj film. Master is at a profound advantage of grabbing the most number of eyeballs as it’s the first festival release of the year. 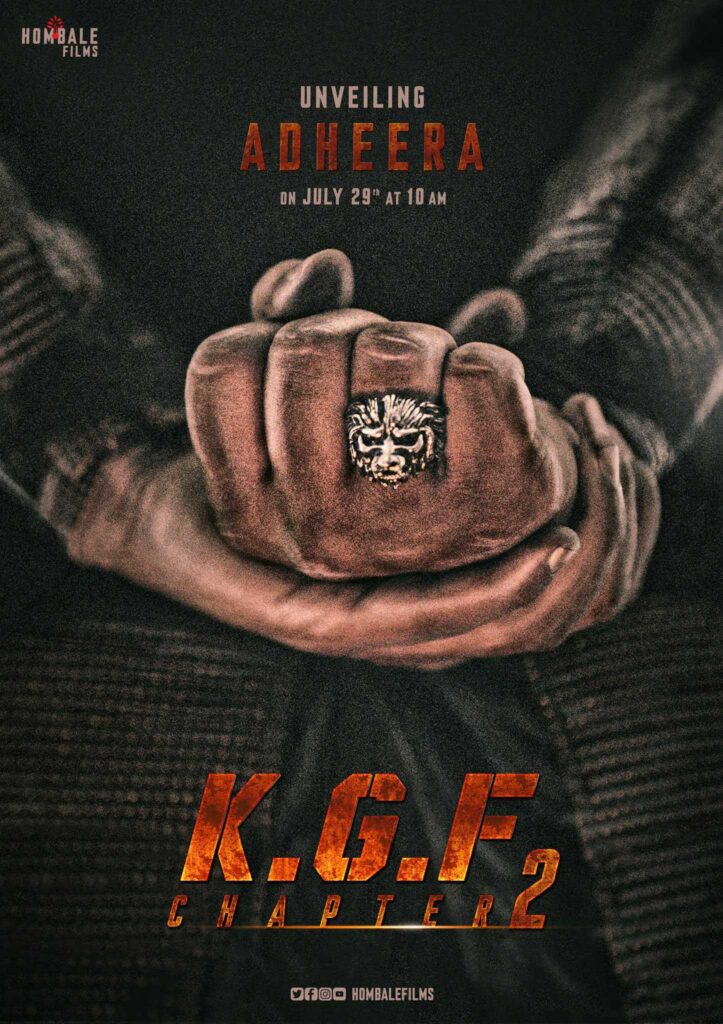 (Kannada; Directed by Prashanth Neel): Expensive films usually raise a lot of eyebrows since they’re meant to be experienced in the comforts of a theatre. Earlier this year, when the Tamil film Soorarai Pottru took the OTT route directly; many fans grumbled that they would have enjoyed it more if they had caught the searing drama on a large screen. KGF 2, which features Sanjay Dutt alongside Rocking Star Yash, is getting ready to make ripples across the country. Along with the original Kannada version, the movie will be released in Tamil, Telugu, Hindi
and Malayalam. 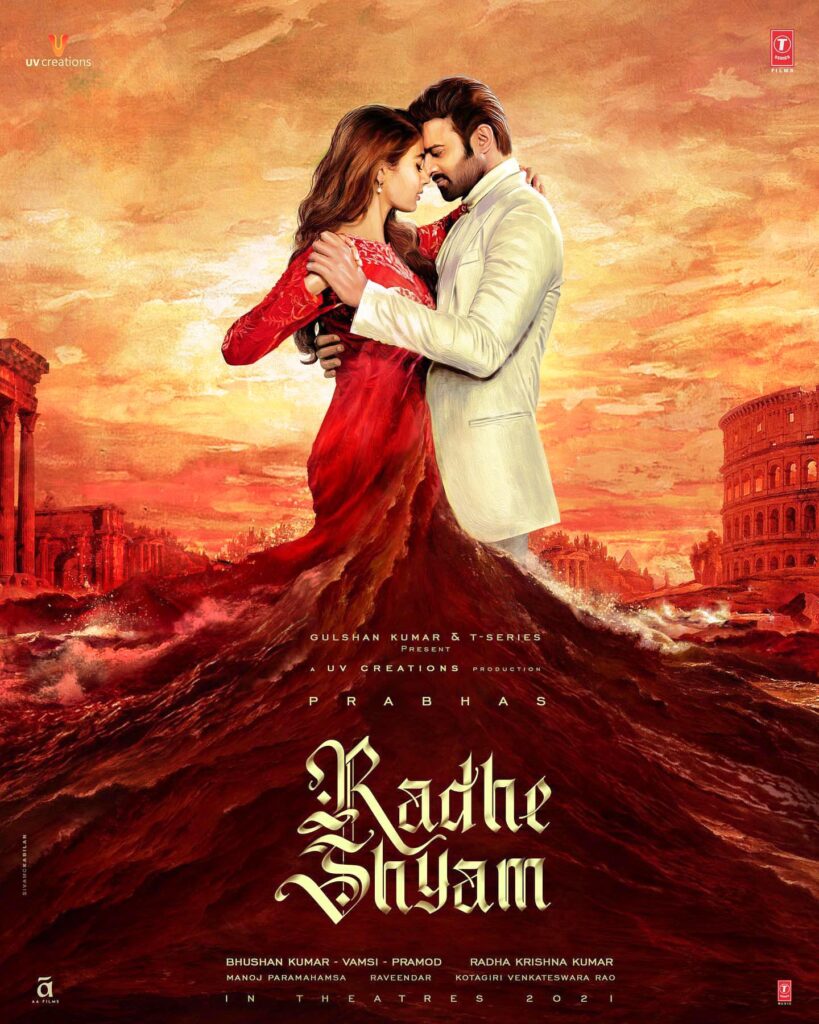 (Telugu; Directed by Radha Krishna Kumar): Saaho, Prabhas’ earlier outing, couldn’t meet the expectations the trailer had set and it was declared a disappointment by a majority of the critics and audiences. Radhe Shyam, on the other hand, might be able to spin a new tale for the actor. This is being marketed as a romance film, but it remains to be seen if it’s just that, or if there are other layers beneath the cutesy posters that the team has released so far. For Pooja Hegde, who has recently tasted success with Ala Vaikunthapurramuloo, 2021 will be an important year as she has another Telugu film, titled Most Eligible Bachelor, to look forward to. 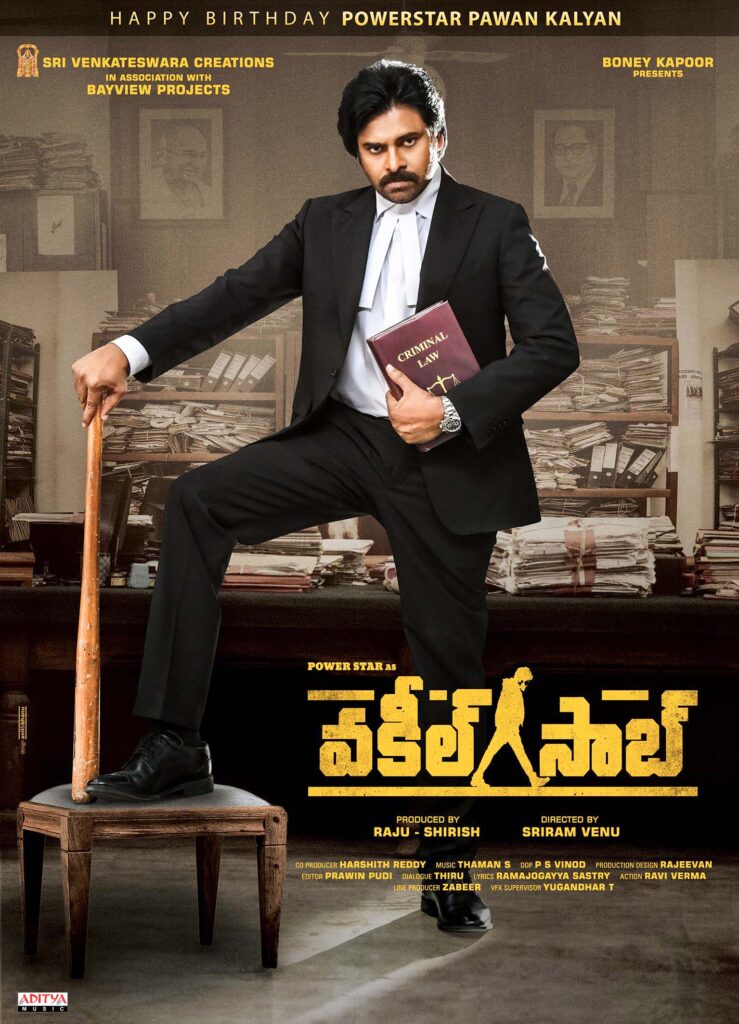 (Telugu; Directed by Venu Sriram): Remakes don’t make a lot of people jump with joy, but if it stars Power Star Pawan Kalyan, then it’s a different ball game altogether. Vakeel Saab is a remake of the Hindi blockbuster Pink and the star will don the robe of a lawyer to fight for women’s rights. But this movie runs the risk of sidelining the actual cause and becoming a head-banging action drama. Pink has already been remade in Tamil as Nerkonda Paarvai (2019). Vakeel Saab’s world, as revealed by the publicity material, feels like an out-and-out Power Star movie and that’s not a good sign. 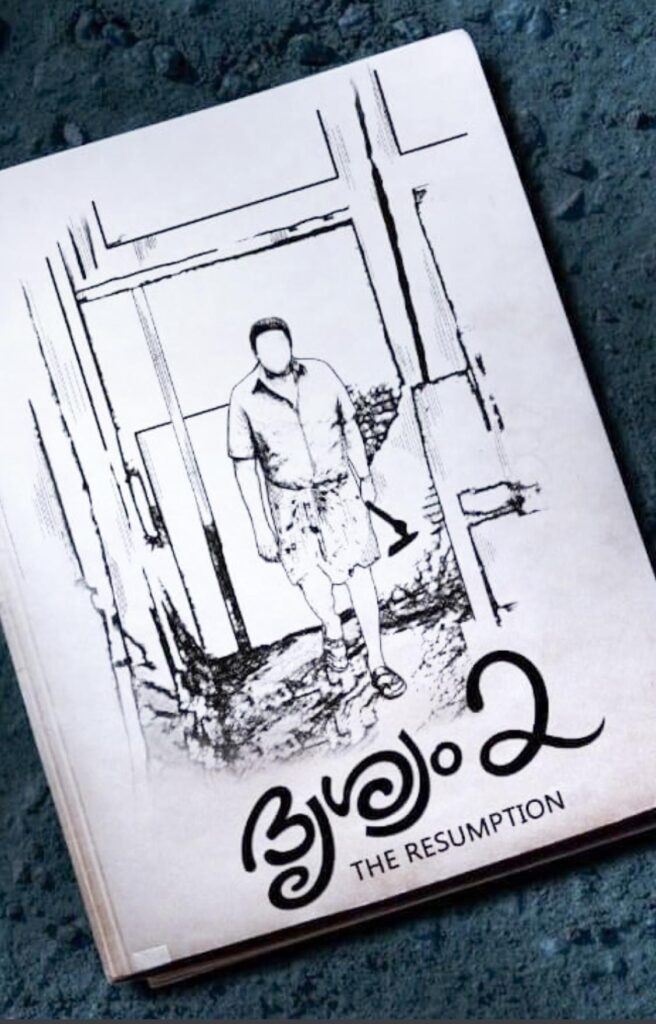 (Malayalam; Directed by Jeethu Joseph): Who can forget the landmark Malayalam thriller Drishyam (2013)? It was remade in several Indian languages and they were all critically acclaimed. It’s really a feat that not many movies can boast about. And if the sequel also becomes a hit, the neighbouring industries will hold on to that plank, too. Will the second part tackle the question regarding the secrets nurtured by Georgekutty (Mohanlal)? Or will it be an entirely different story which won’t have any connection with the first part? Ah, this is going to be an unsolvable Rubik’s cube. 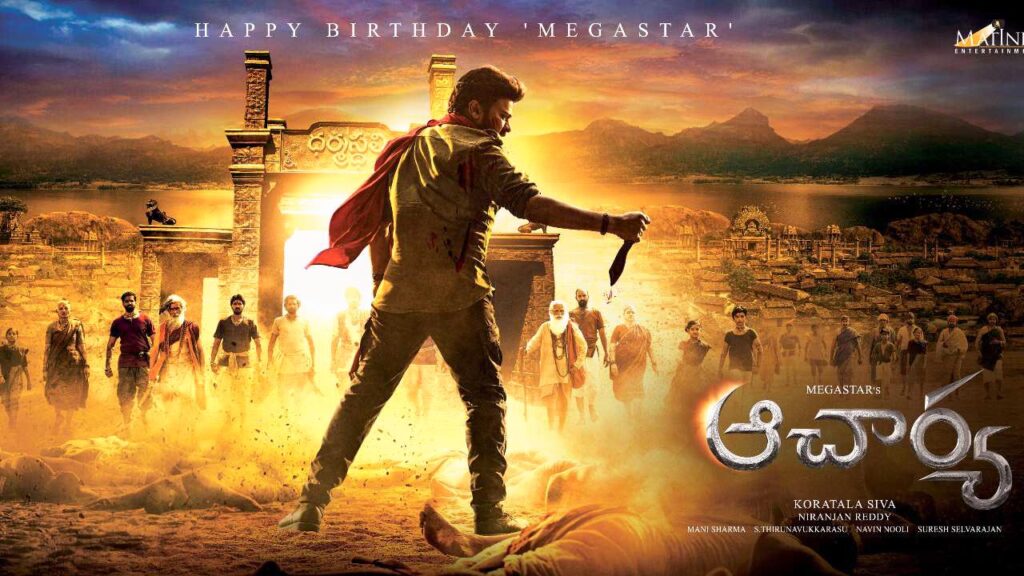 (Telugu; Directed by Koratala Siva): Chiranjeevi and Ram Charan have appeared together in Magadheera (2009) and Bruce Lee: The Fighter (2015) previously. But in those films, Chiranjeevi didn’t have a full-length role. So, Acharya will bring them both on the same platform and offer them a chance to grab the collar of Telugu cinema. This is certainly another multi-starrer on the lines of RRR. However, this will go a step further as it’ll be the first action drama to feature the most popular father-son duo of the Telugu States in the lead. Every film that Siva has helmed has turned out to be gold until now. And this might just be another walk in the park for the filmmaker. 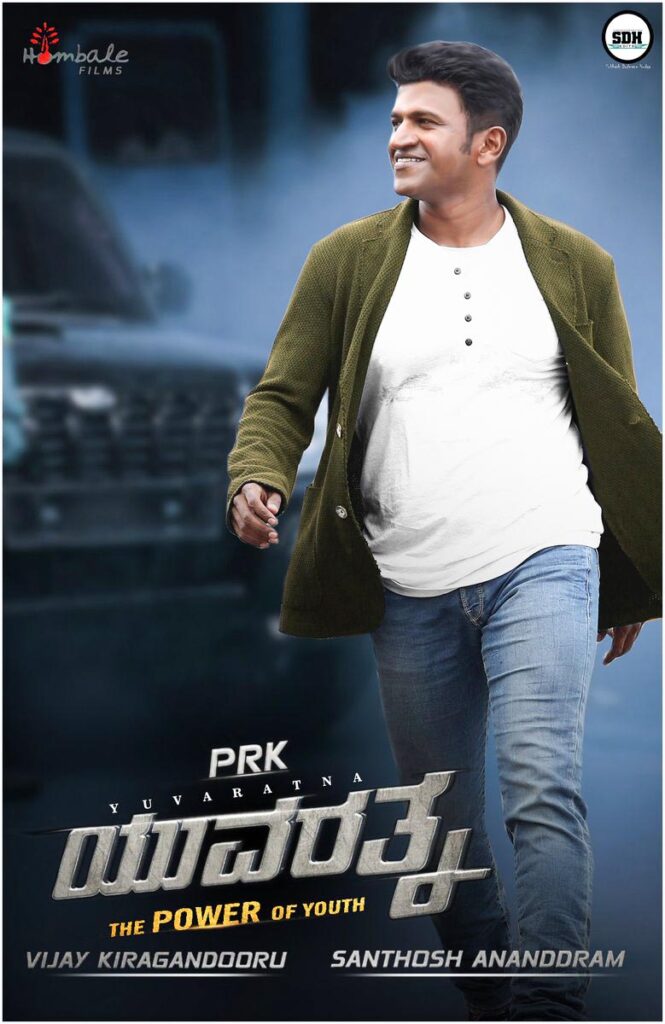 (Kannada; Directed by Santhosh Ananddram): This is again another biggie that has been affected due to the pandemic. Santhosh Ananddram’s previous directorial project, Raajakumara, ran to packed houses for several weeks three years ago. Fans of the director and the actor are expecting the fireworks to make noise at the box office for this film, as well. But with minimal seating capacity (as stipulated by the government), it’ll be a huge task to pull off. But there’s always hope and that’s what mostly keeps our spirits high. Yuvarathnaa also stars Sayyeshaa, Dhananjay, Sonu Gowda, and Prakash Raj. 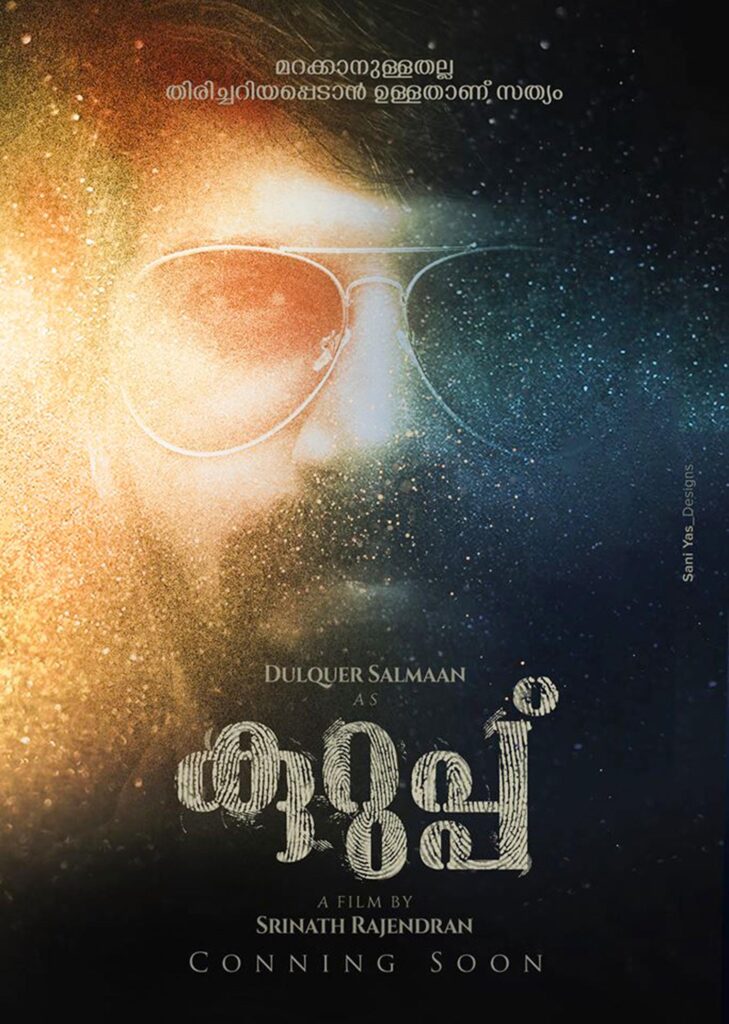 (Malayalam; Directed by Srinath Rajendran): Biopics never fail to amuse and entertain viewers anew. And this movie is based on the life of a criminal who’s been a regular face on the wanted list since the 80s. Dulquer Salmaan, after starring as Gemini Ganesan in Mahanati (2018), will be once again taking on the responsibilities of shouldering a biopic — of course, Mahanati was fronted by Keerthy Suresh. But Kurup won’t fall into the melodrama category and it’ll try to ape the genre that allows the makers to freely roam around the streets in the name of car chases and hair-rising adventures. 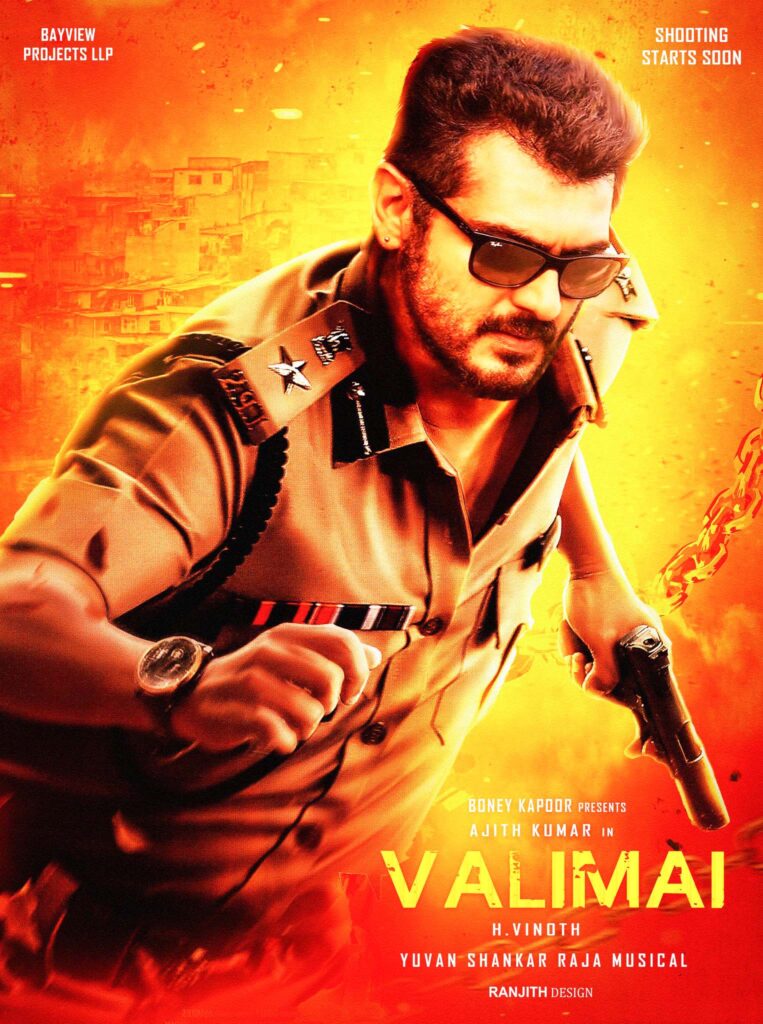 (Tamil; Directed by H Vinoth): It’s hard to imagine the kind of work that goes into the making of such star projects, and, then, realizing that it won’t see the light of day for another six months to one year. The filming of Valimai is still going on; hence, there has been no talk on the posters and trailers. The fans of Ajith and Yuvan Shankar Raja will have to keep their energy levels in check for a few more months at least. But it’s a movie that’ll bowl them over for sure, as it is being made by the captain of Sathuranga Vettai (2014) and Theeran Adhigaaram Ondru (2017).