I HOPE THAT EVENTUALLY CYBER-BULLYING BECOMES A JOKE AND THE BULLIES, JOKERS

FROM BEING KNOWN AS THE DAUGHTER OF ACTOR KRISHNAKUMAR, AHAANA KRISHNA HAS COME A LONG WAY — ASHA PRAKASH CATCHES UP WITH THE ACTOR WHO IS IN THE NEWS FOR TAKING CYBER-BULLYING HEAD-ON! 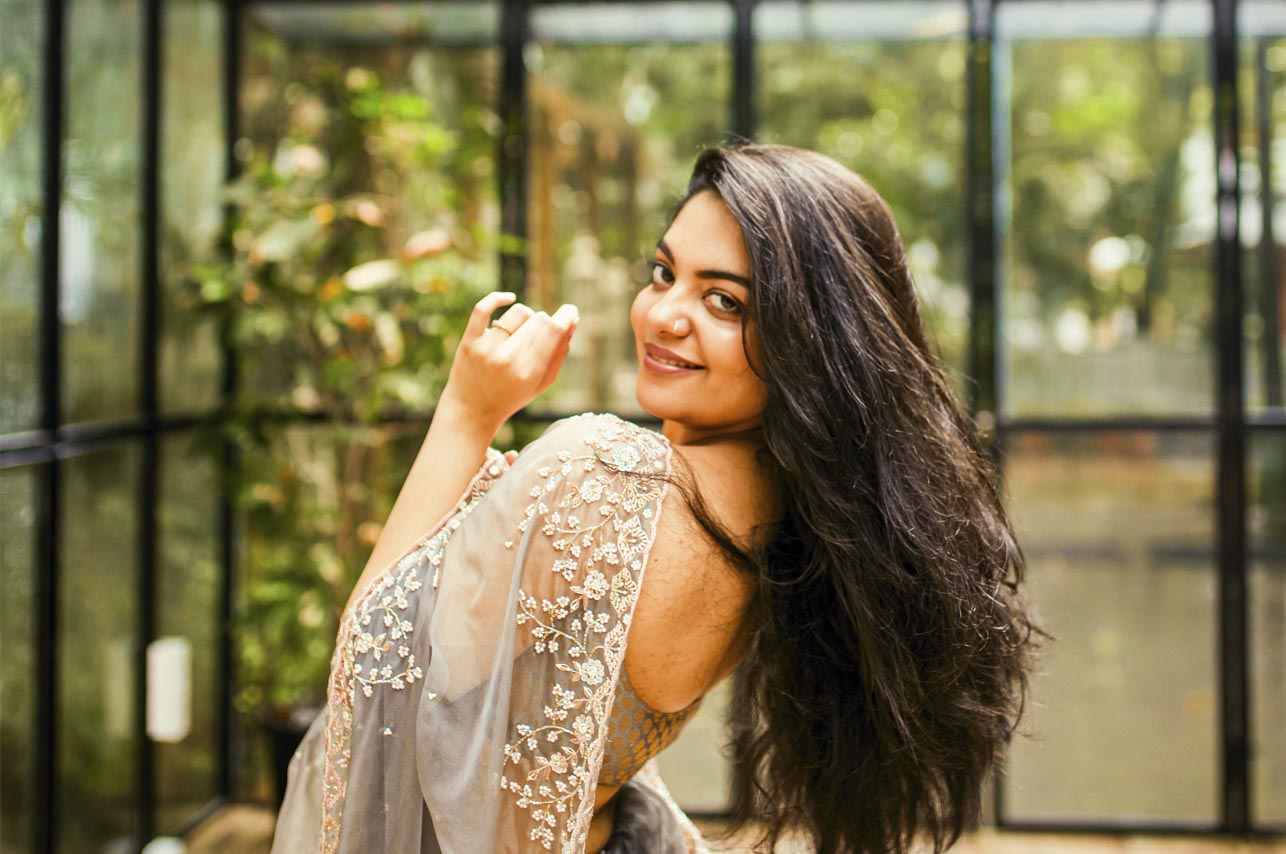 She was known just as a promising young actress and model, until a tiny incident catapulted her to being the spokesperson against cyber-bullying as well, an icon of female power. It was around mid-July, when the COVID-19 situation was taking a turn for the worse in the capital city of Thiruvananthapuram, that the actress posted an Instagram story which appeared to have a political colour to some. Within hours, angry mobs attacked her on social media accounts, with many of the comments turning vulgar and abusive, a phenomenon not entirely new in social media. People thought the issue would die a natural death, but then, Ahaana released a video on her YouTube channel a few days later — A Love Letter to Cyber-Bullies — a tight virtual slap at the online trolls plus her take on how one should deal with such abusive online cyber-bullying. The internet took up the video whole-heartedly, celebrated it, and conversations opened up about cyber-bullying, which still continue.

Let’s get straight to the Love Letter to Cyber Bullies video. Did you script the whole thing yourself? How did the idea come up?
Yes, it was entirely mine except for the music which a friend of mine composed for me. Until that day, I had only seen cyber-bullying happen to other people — Prithviraj, Parvathy etc. I had always felt how despicable it is but had never experienced it first-hand. However, I honestly didn’t feel anything on seeing those abusive comments. A lot of well-meaning people were worried I might be upset, but in reality I just switched off my phone and watched a movie. I can’t do anything about this: was my first reaction. Also, I was clear that someone’s abusive comments don’t define me as a person. My family too thought on the same lines and we continued with life as normal. It was then that it struck me that this could be something a lot of people face in different degrees, not just celebrities. I wanted to send across a message that one needn’t feel so much about such comments. The idea of a video just came to me one morning, a few days after the incident. It was made quickly; I never imagined it would be shared so much or discussed. But I had a clear idea about what it would say.

What were the reactions like?
A lot of people asked me whether it meant that one shouldn’t move it legally. I’ve never said so in my video. Definitely cases should be filed, though I am not fully aware of the procedure and its results. But even while moving legally, one should never feel insulted is my point. Consider it like dealing with a pervert on the street. And yes, for around five days after the video was released, my phone didn’t stop ringing. It was like a movie of mine released! Actually it was a scenario I had always dreamed of, but then since I didn’t know many people in the industry closely, it never happened during a movie release. Among the reactions I treasure most was a text from director Anjali Menon, I couldn’t believe my eyes. Actor Revathy messaged me and Prithviraj shared it on his page. It meant a lot as he’s someone with solid opinions, who doesn’t share anything on his page. I noticed many other shares by actors only later. Many female actors did reels of it, and told me that what I said in the video was something they have all wanted to say for years. I have screen-shotted them all to revisit on a bad day.

Did the bullying decrease after the video?
It usually happens during an issue so we don’t know until the next. I’ve specified in the video that I don’t have any such hopes that the bullies will reform after watching it. I know they’re not going to and they are as bad as potential rapists. The video is only about how someone who gets bullied should learn to ignore it. But the next time they say something abusive online, they might feel slightly stressed and wonder if they will get called out. When there’s a conversation about something, people will recognise someone as a cyber-bully next time and they will look like an idiot in front of everyone. They might realise they are the ones being talked about. I hope that eventually such bullying becomes a joke and the bullies, jokers.

Do you regret putting up that initial post which led to all this? There was talk that you are a right wing supporter but did not say so openly and also connections were made between the post and your father’s political views?
If I killed someone, I would regret it. This was just an Instagram story. If I wanted to say something I feel strongly about, I would make a proper post, not a story which disappears in 24hours. On seeing the post people immediately assumed that I’m a right wing supporter. Is there nothing other than left and right? People conveniently twisted it to what they wanted and I was called a sanghi (derogatory name for right winger). No one wanted to know the truth, which is very uninteresting — unbelievable as it seems, it was not a political post and was misinterpreted to a large extent. That part of it made me feel pretty bad. Also, I’m not into politics. I don’t understand politics nor am I interested in it. Not at this point, anyway. My friends know how uninterested I am in politics. I have no interest. I was unaffected but, but next time I will be more careful and explain my stance in a post more clearly. One just needs to be confident in their truth. As long as one’s intentions are not to be hurtful, one needn’t worry, I feel.

Where does your inner strength come from?
From my childhood, I was openly exposed to the fact that life has its ups and downs. My father’s career has not been the most successful and I’ve seen him ask for work more than him getting called for work. There were years when my father had no work and there was literally no income coming in. But we were not crying our way through those years. There were dull moments but we were essentially happy and strong through it all. I’ve seen real problems in life; these are virtual problems which will disappear if I switch off my phone. These are just jokes when compared to those actual problems.

There were social media campaigns like #WomenHaveLegs which you took part in also…
Yes, it was so powerful and then there were so many people making cheap memes saying men have legs etc. How meaningless! Has any man been insulted or shamed for having legs or a brain; for wearing a mundu or boxers? Nobody will say they did it for attention or to get work. I think those people who were making jokes the most were feeling insecure and afraid. I like to believe they remained that — just jokes.

What were you upto during the long lockdown months?
I was stuck at home like many others. Food was the only entertainment for a long while (laughs). But yes, I became more active on my YouTube channel. Other than that my sisters and I did small shoots at home for social media brand collaborations. It’s a week’s work at times; pitching ideas, shooting content, editing etc. But we enjoy it.

Yours is probably the most popular family on Instagram among Malayalis. Can social media be a career now?
Definitely! Social media felt like a waste of time earlier but now it’s a workplace for many like me, just like films. That’s one thing that didn’t shut down during a lockdown. Often my dad would see us all on our phones and ask us to switch it off for some time, but then we would say we are working! But I do mindfully keep the phone away at intervals, using an app that tells me when to do so. Ironic, no?

You are into social media, acting, singing, dancing, modelling and writing too. Which one do you enjoy the most?
Definitely acting, I got an audience for all the others because I’m an actor. Films connect you with people and I got that connection after my film Luka. People still call me by my character’s name, Niharika. I want to be an actor and all the other things are just extensions of that.

Finally, what’s happening on the film front?
I’m shooting for a Malayalam movie called Nancy Rani, which began in February but had to be stopped. It’s a cute, fun movie, with newbies as well as seasoned actors like Aju Varghese and Sreenivasan. We’re shooting in small schedules now, scenes which don’t need crowds. I did a short lockdown film in Tamil with Suhasini Maniratnam. It’s an anthology of five stories and mine is 15minutes long. Another project is in the pipeline and I’m listening to a few other stories too. 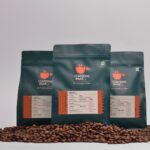 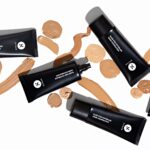 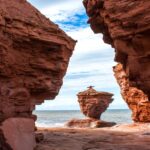 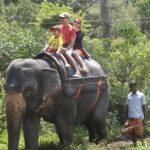 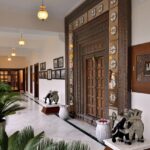