WHY ARE WE BEHAVING LIKE THE PANDEMIC IS OVER? 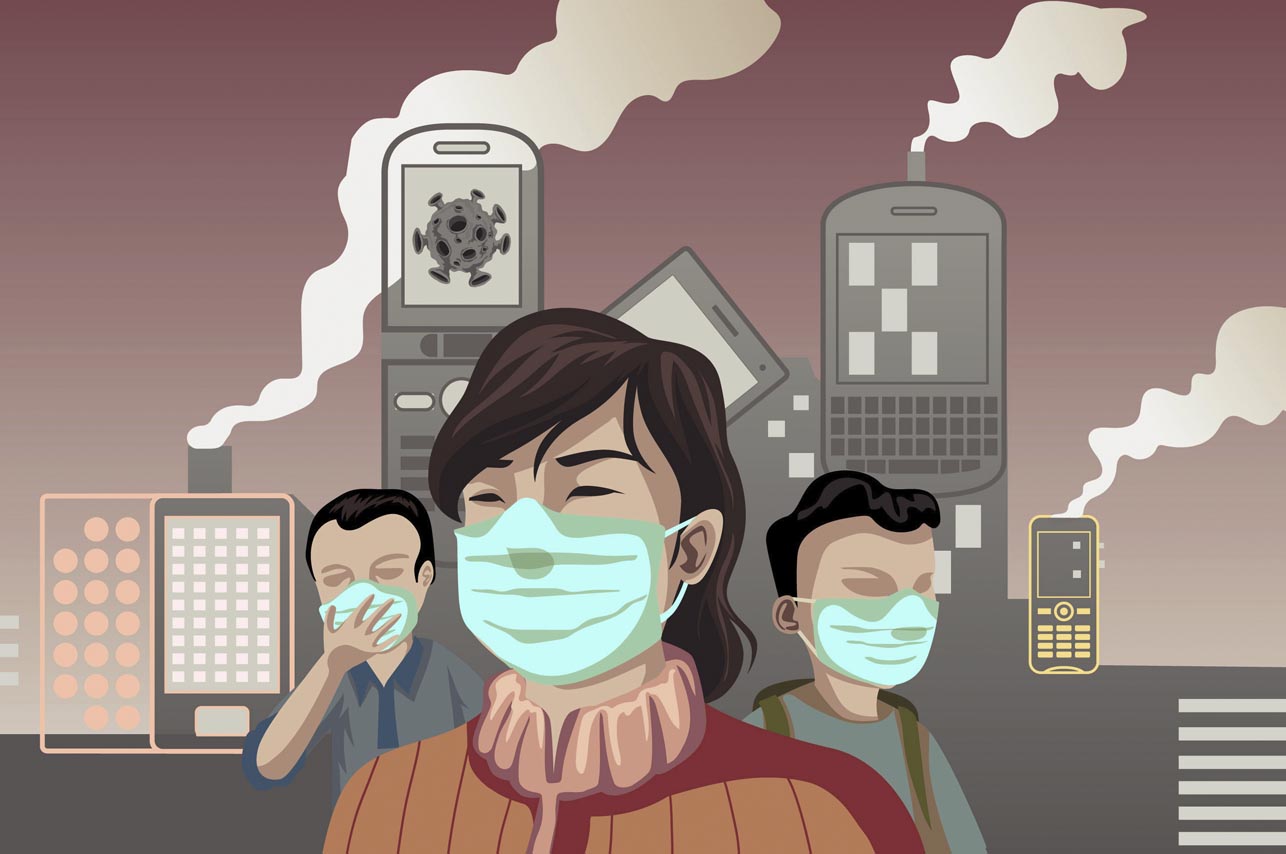 Pretense is humanity’s greatest identity. Because it strikes a familiarity. A familiarity we have grown up with, learning to ‘overlook’ things, ‘act’ as if nothing happened, and ‘behave normally.’ It’s so ingrained in us that we know nothing more than to go back to our own way of pretense.

That’s exactly what we are doing right now. Pretending that there was (is) no pandemic.

Come to think of it, we have just two reactions to everything catastrophic. Panic or pretend. We have done the former. Now on to the latter.

My sister tells me she can see traffic jams from her balcony. This is in West Bengal. Can you believe that? How many people and vehicles must be out on the streets for there to be a traffic jam! And here, I was thinking traffic jams were a thing of the past. But no, we like our chaos. Anything shutting it, we shut ourselves against it and, yes, pretend.

The highest single day spike of COVID cases hitting new records every other day is a proof of what we are putting ourselves through in the garb of pretense, amidst allegations that fear is being spread unnecessarily. Really? I mean what will anyone benefit by doing so?

We have crossed one million cases,
remember that.

Let’s face it. There is an economic slowdown. People have lost jobs, homes and loved ones. Every other person I know is jobless, packing bags to leave cities where they have worked hard to make a living; and going home, to now save the cost of living. So, what are we talking about – unnecessary fear! We ought to be scared. Only then can we mend our ways.

An acquaintance of mine works for a company that very excitedly called all its employees to report to the office no sooner than the lockdown was eased, in June. An email was sent with an attachment of safety/precautionary measures (to be followed). The office followed none. Even the mask was not made mandatory. Soon enough, there were two reported cases of COVID. Then, employees were told to come on rotation, twice a week, followed by another case of COVID. Here’s when some put their foot down, while others still questioned those who wore masks! Last I heard, employees were asked to report to the office again. Am not sure what happened after that. My guess is they had no option than to head to the office. No one can take the risk of losing jobs at the risk of COVID.

Someone I spoke to told me (on conditions of anonymity) that their “boss does not wear a mask; neither is any social distancing followed. We are just lucky that few people are turning up in the office, hence there isn’t much of an interaction, but whenever there is, there’s always a fear at the back of my mind because people are pretending nothing is going to happen. In fact, there are also some commuting by public transport without a mask and as well as advising others not to wear them! I am just appalled at their ignorance, or should I say, pretense! There is this senior person, who when I said I don’t want to come to office, told me I shouldn’t worry because those getting infected by COVID are the poor people who have low immunity due to lack of proper nutrition, and I was like whatever happened to Amitabh Bachchan then! I think humans are just capable of coming up with any damn (read ridiculous) excuse to have their way. For instance, we were told that the top bosses believe we aren’t ‘really working’ from home, hence we got to report to the office! It’s ironic really, one pretense over the other!”

I was reading a piece where psychologists discussed why anti-mask crusaders are protesting what they are protesting, essentially (and broadly) why humans do not like masks. The reasons are actually as simple and similar as being depressed and anxious about the pandemic itself, which has in turn led to the requirement of wearing masks. Humans do not like anything imposed upon them, leading as much to depression and anxiety as to anti-mask protests. People like to do what they want to do. To be told to wear a mask is like a threat to a person’s freedom. Add to that, the general conception about ‘COVID is here to stay’, so their argument is – if the virus isn’t leaving with or without the mask, what’s the need to wear
them anyway!

Let’s understand masks are a way to prevent the virus from spreading further, and if we don’t give that a shot, we’ve got everything to lose.

There are marriages and religious gatherings, including some celebrity marriages. A friend of mine got married too, in May, but there were no guests invited, no party held, no social ceremony organized. The couple only signed some papers in front of a marriage registrar. And clicked a picture. That’s it. While this is okay, the recent reported case of a wedding in Odisha is beyond belief! To celebrate his son’s marriage, a man reportedly invited 500 guests for lunch!

Let’s not even imagine that.

And then, there are anti-mask protestors, of course, who somehow remind me of herd immunity – the resistance to the spread of a contagious disease within a population. The discussion around herd immunity as the only solution to fight the virus, especially in a country like India, was first brought to light earlier, just after the first phase of the lockdown. In a recent interview with The New Indian Express, Dr. Dipyaman Ganguly, a leading immunologist, said: “In my understanding, the race between vaccination and herd immunity will be won by the latter. I say this just because the virus is extremely contagious, due to its transmission through droplets and aerosols, as the infected individuals are infective for a long time and more importantly a large number of infected individuals have no clue about their infection in the absence of symptoms. Now this herd immunity will only be achieved if the immune protection is really long lasting. We do not have that data. Neither do we have any assurance for this holy grail of long-lasting protection from any report on vaccine trials. Time is the only experimental device that can give you this answer.”

And while there is still time, let’s stop pretending?

Let’s not panic either. But do what really is the need of the hour (or every moment) – staying safe!