THE JUNGLE IS CALLING, WHERE ARE YOU?

WILD WALKERS IN THE LAP OF THE NILGIRIS LETS YOU BE, AS ZAHID H JAVALI DISCOVERS… 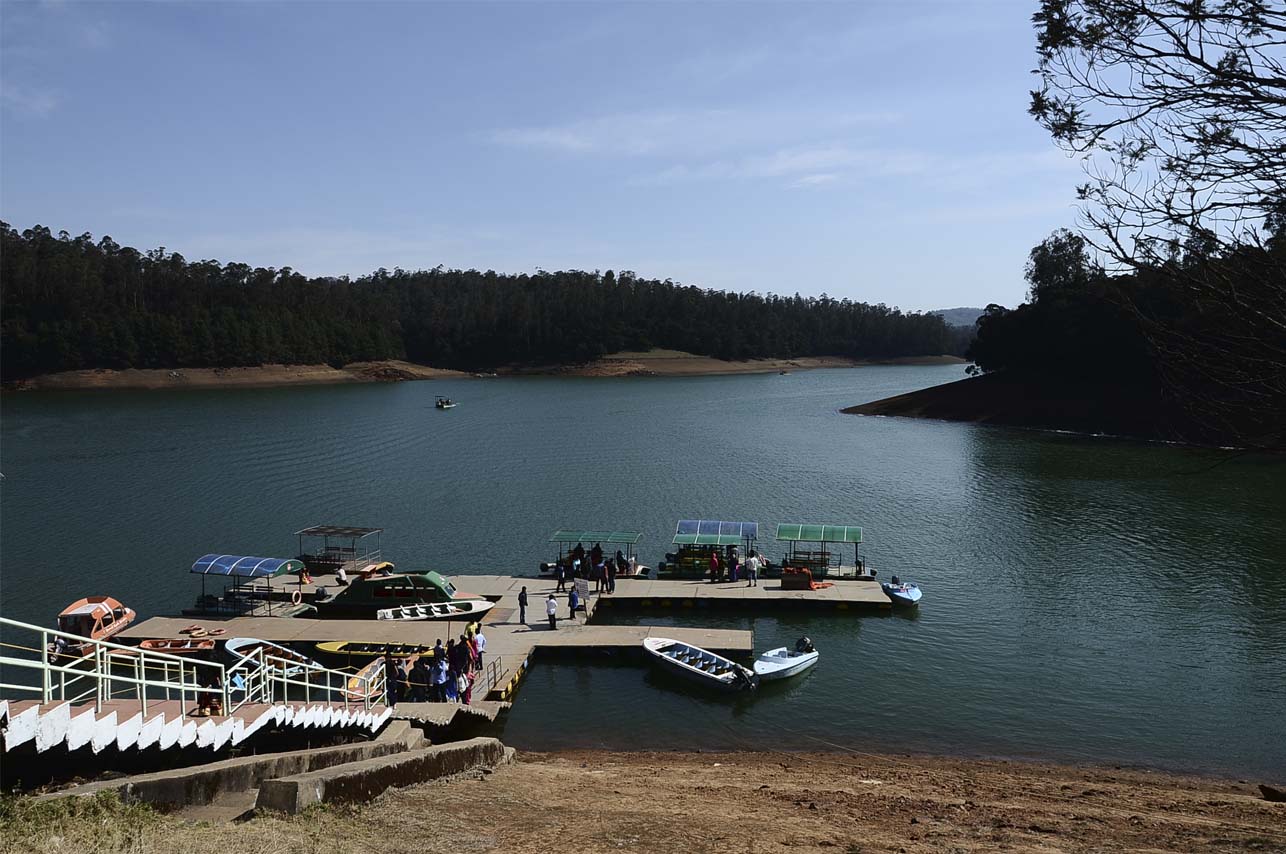 Forest fire. Sighting of wild bison, langurs, elephants, kingfishers, deer, antelope, peacocks, monkeys… the roar of a tiger… the cry of a bison under attack. These are all the things I encountered on my way to Wild Walkers. Welcome to the 100acre Bellikkal estate in the heart of The Nilgiris, bordered by the Mudumalai forest reserve in Tamil Nadu. The best part? There is no boundary wall between the palatial wooden bungalow and the jungle around it. It’s part of the forest ecosystem.

Take a Break, a Bangalore-based travel and event management firm, made my trip possible. From understanding the budget and travel requirements and tailoring a two-night, three-day itinerary for a family of four, the firm did it with studied precision. They not only booked a sedan for our seven-hour road trip but also employed naturalist Vijay to go along with us. Even before we reached the final destination, we were given a taste of what was to come from Vijay.

During our journey, we crossed the narrow road dissecting the Bandipur and Mudumalai wildlife reserves. On the stretch, we spotted langurs, kingfishers, deer, antelope, peacocks and monkeys. We also had to halt for a few minutes as the forest officials were trying hard to control a forest fire. After crossing Mudumalai, we were taken so deep inside the forest that only a jeep could navigate… it was some three kilometres into the jungle. We spot elephant pug marks welcoming us into the lap of nature. The excitement was palpable.

After a choppy, adventurous ride through a mud path lined with trees on both sides, we reach a cottage built on two floors. The ground floor had one room, one kitchen, an outdoor dining area and a common toilet. The first floor had two rooms with attached bathrooms. There was another room in the attic that was used by our driver. Surrounding the red-tiled cottage was an agricultural field spread across two acres. The electricity to the entire building was solar-powered, and we were given spring water piped from a tank built on top of the hill. However, the moment we checked into the bathroom, the taps ran dry. The wild animals had damaged the pipes. Armed with sticks and a sickle, Vijay and his team trekked the mountains to set it right. Within minutes, the water supply was restored.

We were famished after the long trip. Our in-house cook Rajan prepared a wholesome vegetarian fare in under an hour with traditional firewood: rice, rotis, potatoes and masoor dal. While my wife and two daughters rested in the room, I stepped out with naturalist Vijay, driver Mohan, and village guides Dharma and Buddhi, long-time residents of the area. We entered the jungle from behind the cottage, and within minutes, we were sitting on top of a hill overlooking a panoramic mountain range and the dense forest all around. We came across tiger excreta and elephant footprints at the edge of the mountain. In the rainy season, coming here would be an invitation to death as the stones and mud can be quite slippery.

Within no time, we spotted an elephant about two kilometres away. We could see the long and winding road that brought us up the hill. On our way back, we found fresh footprints of the tiger – he was here after we had climbed up the hill! My heart was in my mouth, but when I looked at the calming demeanour of my experienced companions, my heart went back to its rightful place. As we proceeded further, we heard the trumpet of an elephant. Our principal guide Dharma decided to follow it with three of us in tow. We spotted the elephant from less than a kilometre away and captured it on our cameras. It was a breathless moment. Imagine catching an elephant in the wild and coming back to tell the tale? Half my body was in panic, and the other half was composed because I was being led by experts who knew their terrain.

Back in the cottage, I decided not to tell my family about what just happened. It could send them into a panic, and that would be the end of holidaying. It was tea time, so I decided to live in the moment. An hour later, Rajan lit a bonfire and prepared fried potato pakoras and green chilli bajjis. Later in the evening, the mountain top in front of us was on fire. It raged till 1am and died down, much to our relief. It was yet another forest fire, like the one we had encountered on our way here. After dinner, hot water for a bath was given to us, with fresh eucalyptus leaves dipped into it. The bath lulled us into sleep…

We woke up the next day to birdsong. The potatoes were recently harvested, so we couldn’t do our spot of farming. However, we did get to eat the organic potatoes whose sizes were two to three times larger than what we usually consume in Bangalore. After a breakfast of idlis, puris, bread and jam/cheese, we heard the roar of a tiger and the cry of a bison. Clearly, the bison is under attack from the tiger, declared Vijay. All the action was happening in the dense foliage right in front of our cottage, 200metres away. I tried to get an eyeful of it, but couldn’t due to the forest cover.

Soon, we were off to Ooty. First the jeep and then our sedan. After a visit to the botanical gardens, Ooty Lake, and a lack-lustre lunch at Adigas, we were soon at the beautiful and serene Pykara, a man-made lake surrounded by a calming mountain range. The scene was straight out of a picture postcard. Back at the cottage, the temperature had fallen. The fireplace was lit up, and we spent a better part of the night here, and even partook of a sumptuous vegetarian spread for dinner.

The next day was spent taking pictures of the cottage at sunrise. The view from Wild Walkers is a photographer’s paradise. Even though we were there in the beginning of summer, the cool breeze in the afternoons made us have lunch under the sun. The previous night was mighty cold, but the moment we stepped inside the cottage, it was warm and comfortable. When we left the venue, we made a mental note to return. After all, who doesn’t want to get away from the madding crowd and be one with nature? Sufficiently interested? Call Take a Break at 98803-88991.