NIKKEI AND SO MUCH MORE

1Q1 IS BANGALORE’S FIRST RESTAURANT TO SPECIALISE IN NIKKEI CUISINE, BUT THEY OFFER SO MUCH MORE, AS RŌMAL LĀISRAM DISCOVERS 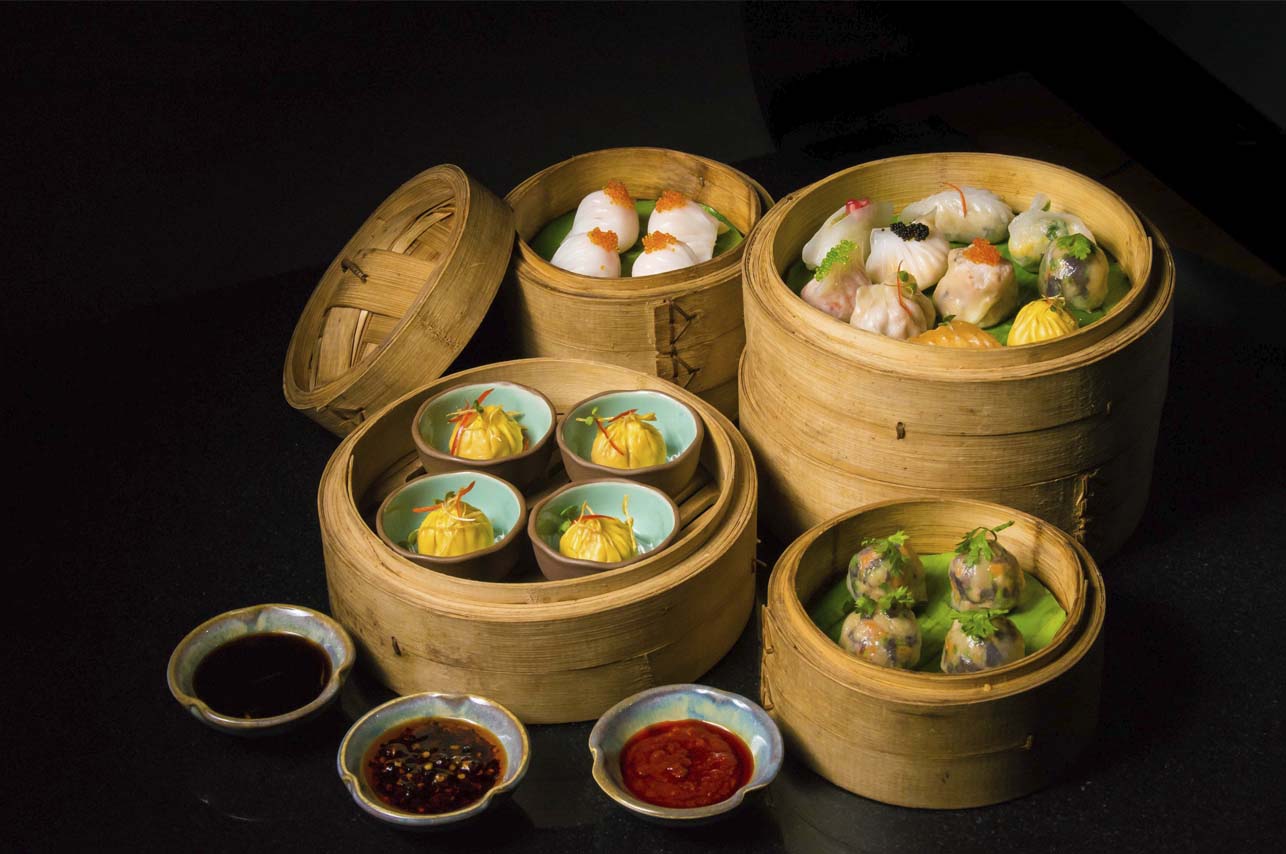 Bangalore’s been going crazy about the recently-opened multi-cuisine foodie destination, 1Q1 Kitchen & Bar, ever since it opened doors and for good reason too! We checked out this beautiful restaurant and came out wonderfully satisfied.

The first thing that catches your attention about 1Q1 Kitchen & Bar is the location. Wonderfully situated between two main roads and at the prestigious address of #1, Queens Road, Bangalore – 1 (Hence 1Q1), one is shocked by the ability of the restaurant to offer a decent valet service in this madness. Cordoned-off from the two busy roads by a high wall, the restaurant is literally an oasis in the middle of absolute chaos and how!

You walk in, the noise drops to a whisper and the beautiful ambience takes over. The large doors to the restaurant introduce you into a world of aesthetically designed interiors and wonderful plays of light. This restaurant soothes the soul by just existing. Kudos to the interior decorators and architects!

We get right down to business and order ourselves a round of drinks. We decided to try a few of the 1Q1 Signature cocktails. Berry Grappo (Absolut vodka and imported red grapes shaken with a homemade orange peel and rosemary syrup), Island Breeze (homemade pineapple shrub built up with dark rum and coconut water) and their ‘Twisted Classic’ – Saku Bliss (hibiscus tea infused with Bacardi and shaken into a sour) were some of our favourites. Their drink menu also features a very interesting Frozen Coconut Daiquiri and the interesting sounding, Trilby (peach and saffron jam prepared with Beefeater gin and topped with sparkling water). The menu also features an extensive liquor selection and an interesting mocktail list with virgin versions of many of the cocktails.

Paired with these amazing drinks was a whole bunch of starters that caught our attention. We ordered several rounds of edamame – some simply salted and another variant tossed with roasted garlic and chilli. This was a lovely accompaniment to our whole meal and was a perfect break in-between the starters. We went through two servings of tempura – a vegetable kakiage tempura and prawn tempura, served with a delicious tempura sauce.

The predictable thing to do would have been to order some sushi, but we decided against it and instead ordered some Malay Penang Tofu, Tuna Tataki and a Beef Tataki. The Malay Penang Tofu is soft tofu tossed in a typical Malaysian peanut sauce, while the Tuna Tataki is tuna pan-seared and served with chilli radish and the citrusy and fruity yuzu ponzu sauce. The Beef Tataki was a pan-seared beef fillet served with the same yuzu ponzu sauce. All three dishes were an absolute treat. What came next was the perfect end to a whole line of deliciously-prepared starters. The finalé was a delicious Tom Kha Gai, a Thai coconut milk and chicken soup topped with nam prik pao (Thai Chilli Paste).

We were now ready for our main course but needed a palate-cleanser of sorts and so we decided to dig into a green mango and papaya salad served with lime and Thai bird’s eye chilli, sweetened with palm sugar, with the crunch of toasted peanuts. This was a refreshing interlude and our greedy stomachs craved for a second serving that we then ate alongside our main course.

Our main course was exclusively from the restaurants Nikkei Cuisine menu. This amazing Peruvian-Japanese cuisine is trending globally and we’re not surprised why. One bite of anything from this menu and you’re convinced that this cuisine of opposite extremes was just meant to be.

We started off with a Tuna Sashimi Tostada that true to its name was a thinly sliced tuna sashimi served on a toasted tortilla with wasabi lemon cream, grapefruit, tobiko (flying fish roe), avocado, cucumber and cilantro with parmesan slivers. This was an orgasm in the mouth and was soon met with a tuna ceviche with aji amarillo (spicy yellow pepper sauce), leche de tigre (Peruvian term for the citrus-based marinade that cures the seafood in a ceviche) and coriander-infused oil. This fresh ceviche was the pièce de résistance of this menu and drove us into the very core of this cuisine. The only dish that could have excited us after that was the pork spare ribs that were slow cooked and finished off on a robata grill with a miso chilli glaze.

That was a lot of food for a review and we were completely stuffed. The only thing that we could afford to eat anymore was dessert and so after a quick break we ordered in two. First up was our favourite – Matcha and Raspberry Ice Cream Meringue Cake. This was literally one of the best desserts we have ever tasted and we were won over in the first bite. This was followed up with an Avocado Parfait with Gooey Brownie Squares and Matcha Soil. This dessert looked perfect but tasted pretty bland. And with that we were done.

A meal that lasted over two hours – this was one of the most exciting reviews we’d ever participated in and needless to say, we’ll be visiting 1Q1 Kitchen & Bar several times more. The restaurant scores on creativity, portion size and their wonderfully extensive menu. The only drawback – and we’re literally trying to find fault where’s there’s none here – is the restroom, which surprisingly seems always occupied. But that’s hardly something we can blame the restaurant for, now can we?