MY SECOND INNINGS WILL BE FABULOUS!

CHOREOGRAPHER, STYLIST, ACTIVIST AND YOUTUBE INFLUENCER; KARUN RAMAN, IS ALL SET TO MAKE HIS SECOND INNINGS IN CINEMA. RŌMAL LĀISRAM CATCHES UP WITH HIM FOR A QUICK TÊTE-À-TÊTE 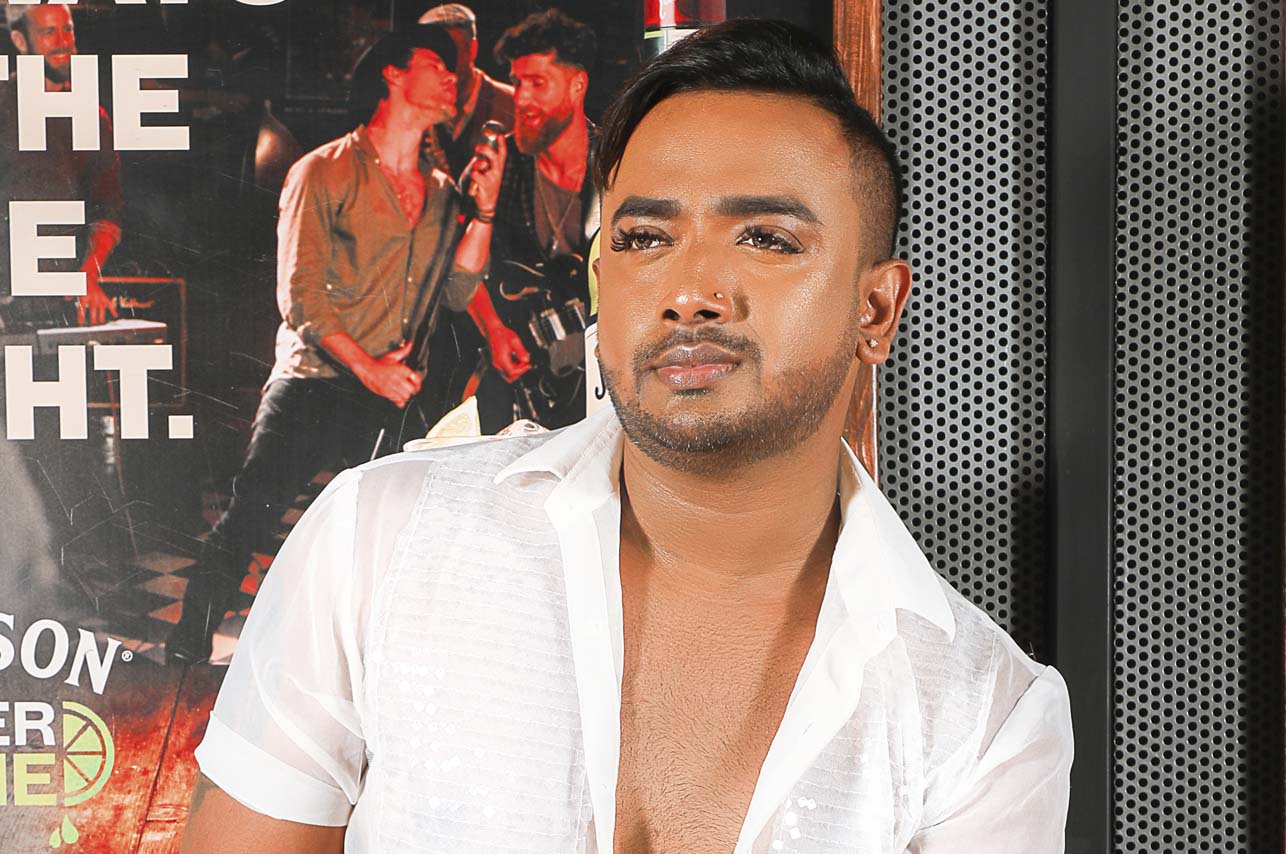 We’ve seen him on the ramp, we’ve seen him at parties and some of us even remember seeing him on screen —in movies, on YouTube, and styling Chennai’s most popular faces… Karun Raman is not a new name for anyone who takes fashion seriously. While he comes across as intimidating — what with those near-perfect eye-lashes and his great personality — he is anything but, as we discover…

We plan to meet at a Starbucks, and he is courteous enough to pick me up, so I don’t get lost. I’m new to Chennai, I mean, yes, I have been here for over a year — but a year is hardly enough to get to know Chennai or even claim to be familiar with it. So, there are high chances that I would have been lost without the sweet gesture.

He’s adorned himself in some subtle, yet exquisite jewellery and is wearing his heart on his sleeve. This isn’t going to be a boring conversation; I am reassured before we even begin.

“Lots of people think I began my career in fashion. But that’s not true at all. I began my career, like all Chennai boys who love cinema — in films. I was probably the first queer man people were seeing on the sets and they weren’t necessarily kind to me. I did what the director told me, but certain individuals on the crew were just waiting to show me how they didn’t like me. I was constantly teased about the way I looked and how I wasn’t ‘man’ enough. At one point during a scene, the action coordinator decided to take out his anger on me and I was roughed up more than was required in the scene — that broke me and I decided to give cinema a break,” opens Karun as he sips on his espresso.

You do not know that this man, who is always so full of life, could be carrying so much hurt and pain in him. But don’t get me wrong, he didn’t give in. “I decided to make my name elsewhere and that’s where my interest in fashion began,” he adds. Karun is now one of the most popular names in South India and when he isn’t putting together fashion shows, or choreographing the best models in the industry — he’s making videos about his life, his career, his opinions and his message of strength and hope for the LGBTQIA+ community he so proudly represents.

“One of the reasons I decided to do this photoshoot (the pictures used in this feature) is to prove to myself that I am sexy, and desirable and hot. The world constantly tells people like me that we’re not attractive and that we don’t deserve good things or a fair chance at life. But we do and I want to reclaim that space proudly. This also marks my second stint in films. I’m giving films a chance after so many years. I feel the industry is finally mature enough for someone like me and I am also more comfortable not wearing my sexuality on my sleeve all the time. I think this will work out much better than my previous experience. And I am more confident to take on homophobes and bullies,” Karun explains.

A popular name within the LGBTQIA+ community, Karun takes his role as a community member very seriously: “I am fully aware of how lonely we are as a community. I am fully aware of how much more difficult it is for us to find love and a steady relationship. I am aware of how everyday can be a challenge — just waking up and gearing oneself to face all the hatred that will be thrown your way. I am aware of all of this and have gone through a lot of it myself. I want to do something about it. In my personal capacity I have spoken to thousands of young queer men and helped them in every way I can. But I want to do more. I want to be there for someone even if I don’t know them. I’m hoping to start a 24/7 helpline for the community — it’s a stop-gap solution, but I know sometimes, that is all a community member needs, during those moments of distress — a kind voice that listens.”

We take a break. We are both overwhelmed. We need a break. We talk about our lives. Two gay men meeting at a café, not on a date — the irony! We laugh about how similar our lives are and once the mood is lighter we get back into conversation.

“You know, I needed this time away from films to become more confident about myself. When I entered the industry — whatever people did to hurt me, affected me. Today, that’s not the case. I am ready to take on the world. I am ready to prove to the industry that I am not solely defined by my sexuality. I am capable of playing any role and do not want to be stereotyped because of my openness. Directors are also open to giving me interesting roles and so, why not? The more complicated the role, the bigger challenge for me, the more I will work towards acing it. Bring it on!” exclaims Karun before bursting into peals of laughter.

Chennai is not the best city for a queer person in India. But the queer people who live in this metropolitan are sure some of the best I have met across the country. Be it someone like Karun, who is out there, being himself and willing to take whatever life throws at him; or the innumerable transwomyn who I meet in this city —driven by a passion for life. I wonder if the joie de vivre they exhibit is something that’s in the air or the water — or is it just something that Chennai teaches its citizens? Make the most with what you’ve got?