MY COVERS ARE JUST INTERPRETATIONS

SANAH MOIDUTTY IS BREAKING THE INTERNET AND HOW! ASHA PRAKASH CATCHES UP WITH THE PRETTY SINGER FOR A QUICK TÊTE-À-TÊTE 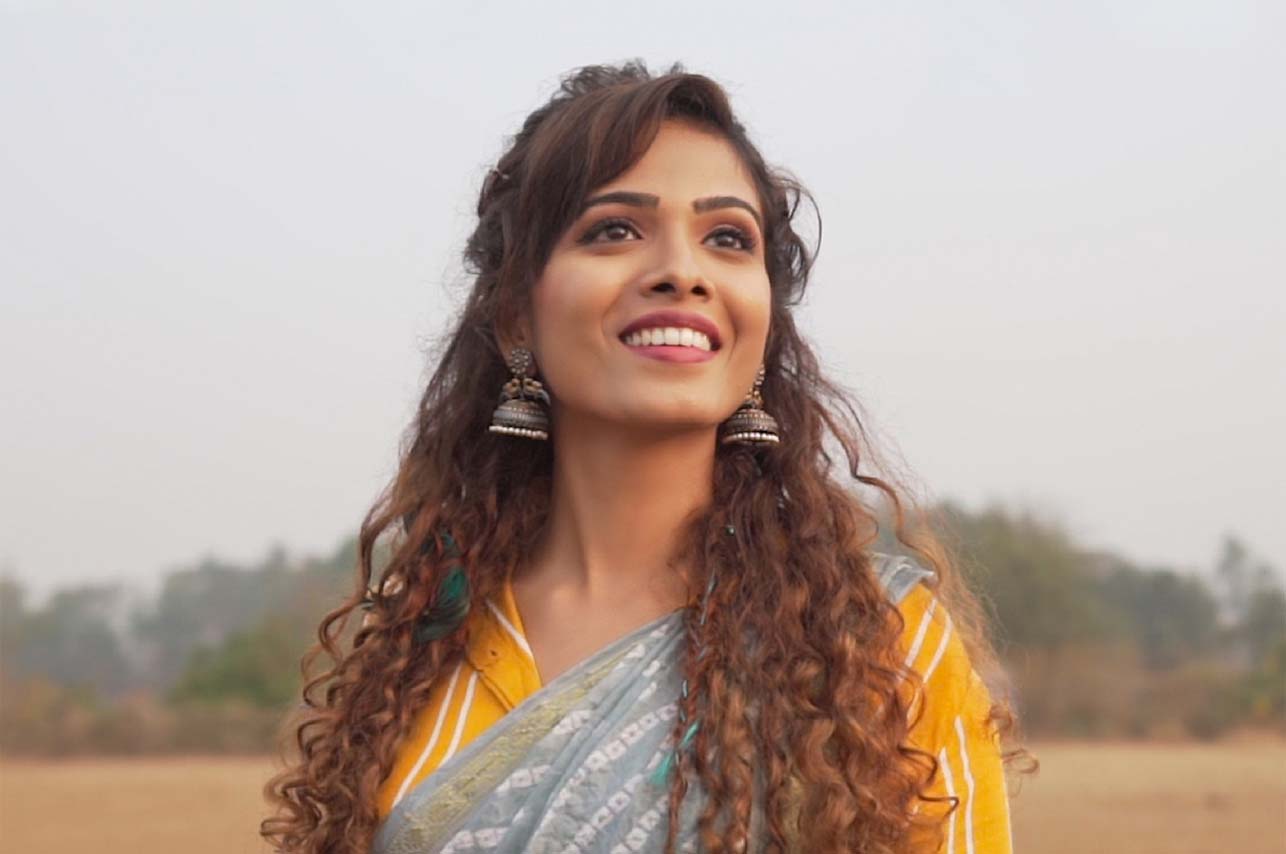 Malayalis are a very difficult lot to please; especially when it comes to covers and remixes of hit songs. Most singers don’t even make an attempt, fearing ridicule and criticism. But Mumbai based Malayali Sana Moidutty went ahead and made her own covers anyway, dancing to them the way she liked. The singer, who had already made a name for having worked with AR Rahman, gradually found a space in Malayali hearts through her YouTube channel that now attracts fans from almost all across India. Her recent cover, more like a reimagining, of the song Kannadi Koodum Kootti from the film Pranayavarnangal has already got more than 2million+ views. Sana, who is awaiting the release of the film Varayan in which she has sung a song, talks to us about her journey and her take on music.

You were a singer and performer from childhood but did you anticipate this kind of an exposure and reception when you started your YouTube channel? How did it all begin?
Well, after I finished my engineering, I was guided by my manager Ben Thomas to start a video channel and do something on my own. I met a few composers and that is how I sung for AR Rahman’s Hindi film Mohenjo Daro. I am a Malayali, but born and brought up in Mumbai, so my Malayalam is not perfect. But I have watched a lot of Malayalam movies as a child and that is how I decided to record a cover of Ponveene, a song I loved. Shyamameghame followed and people started noticing my videos. It was after Karutha Penne that the channel went to another level; I got a Tamil audience as well and started getting messages from Kannadigas and Telugus too.

How involved are you in the production of the covers? Do you choose the songs or do you take the viewers’ choices into consideration?
The arrangement and production of my music is done by my friend Prasanna Suresh. I tell him how I want the track to sound; but we are on the same page musically and we think similarly. He’s a brilliant programmer and invariably comes up with something I like. And I myself choose the songs, I pick old songs mostly; from the ones I liked during childhood. If I can’t connect to a song, I can’t cover it.

Your cover versions get quite a bit of criticism as well. How do you deal with it?
Well, in the South, doing covers independently on a YouTube channel is still a new concept, relatively. So everything you do is noticed. People have a lot of sentimental value attached to all these songs. Opinions are divided and the criticism doesn’t hurt me. If it’s constructive I take it, if it’s for the heck of it, I ignore it (laughs). And I’m not trying to create a version to topple the original or so; these songs have been created by legends and mine is just an interpretation. They are a humble attempt, a tribute to the original. I love these songs and as a singer, this is a platform for me to express my singing. Some will like it, some won’t and I am okay with that.

How lucrative is a YouTube channel?
YouTube is not as lucrative as before, across the globe. But I have been able to build an audience base and I value that more than money. Most singers earn from shows and for you to be able to do shows, you need to first find a platform to present your style and your personality, not just for your voice. That is what eventually leads to shows.

What next?
I have finished the recording for Varayan. Prakash Alex is the composer. I have recorded a song for another movie but I don’t know which one will release first. I also plan to release a cover every two months; I have to push myself towards a self-imposed deadline. And I want to make playback and independent music in parallel. As an artiste you constantly want to create or rather present something. Eventually I wish to produce original music for the channel. I wish to work in all languages in the South as well as in Hindi.