LIGHTS, CAMERA AND SHE’S ON A ROLL

MEET ANUSHREE, KANNADA TELEVISION’S MOST SOUGHT-AFTER FACE WHO HAS FOUND EQUAL FAVOUR AMONG ALL AUDIENCES. HER PATH HAS BEEN RIDDLED BY STRUGGLES WHICH HAVE NOW ALL COME TO FRUITION WITH THE IMMENSE SUCCESS SHE HAS GARNERED AS MADHU DAITHOTA DISCOVERS 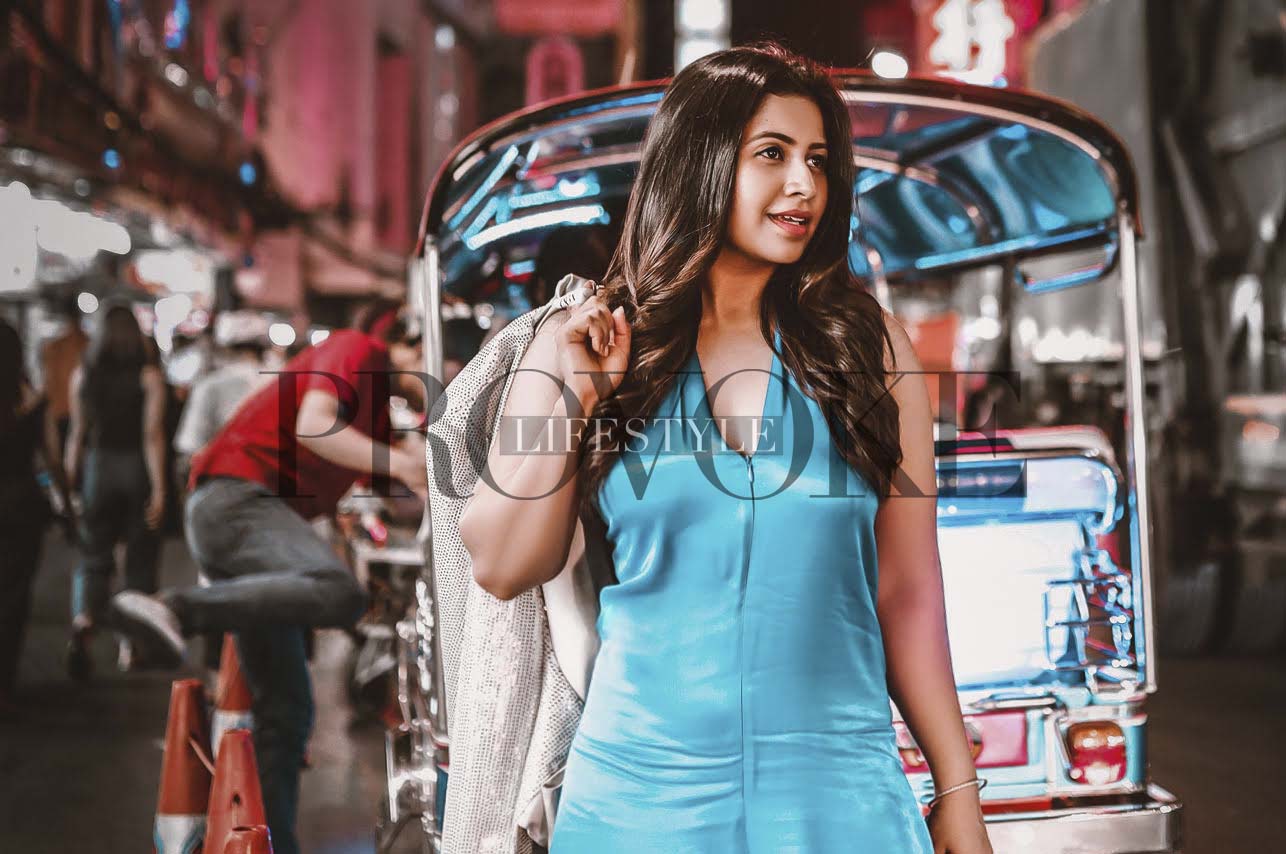 Actor, anchor, emcee, host; she juggles all roles with equal aplomb. “And it all started in a tiny studio back home in Mangalore, I used to host a show called ‘Tele Antakshari’ for a local cable channel and I still remember answering calls on a landline and reading my cues from a cardboard that would be placed in front of me! I was paid `800 at the time and I thought I had arrived in life!” smiles Anushree, who was discovered for the job at a show where she was speaking nineteen to a dozen on stage.

“Things were tough at home, my father had walked out on us and my mother was struggling to make ends meet. She’d work really hard and for many days; my mother, brother and I used to eat the food that was given by a neighbourhood anganwaadi for midday meals and sustain our hunger. My friends would all wear fancy clothes and buy what they wished and I’d feel a pang inside for not being able to afford all of that. The cable channel offer came like a ray of hope and I grabbed it,” recalls Anushree.

The channel increased her shows considering the rapport that she shared with her audience and Anushree was enjoying her first-ever stint even as she continued to diligently attend college by the day. “Then one day, I attended an annual intercollegiate fest and as usual, I was up on stage doing what I like doing best and that’s when a senior gentleman from ETV came up to me soon after my act and asked me, “nivevaru amma? (who are you) you speak so well.”

With an air of a local celebrity and without even knowing the identity of this accomplished man, I mentioned that I was Anushree and that I was hosting multiple shows on the local cable channel. He immediately said, “What are you doing here? Just come to Bangalore and join our channel.” I was on cloud nine. I packed my bags and with his visiting card in hand, took the night bus to Bangalore. Until that day, I had never travelled by myself and my mother had the confidence to send me all alone to a city we had never known. When I look back, I wonder how I had the confidence to just land up in an unknown city with no place to stay and only dreams for company,” reminisces Anushree.

She did get the job and was told she’d be paid `850. “It was hardly anything for show as big as that and my PG rent itself came up to `2,500. A friend would pitch in the amount every month and I continued doing a good job and soon the channel gave me more shows, the most popular being Demandappo Demando. That’s how I made my entry on Kannada television,” she tells us.

Fate played its own role when a veteran anchor fell sick one day and Anushree was called as replacement. “It was a film segment called Star Live and I took to it like a fish to water. Everyone was hailing me for my oratorical skills and I received umpteen offers from other channels,” states Anushree. She then moved channels and hosted other shows including Namasthe Kasturi and
Reel Suddi.

It was fellow colleague and friend Akul Balaji who she credits for giving anchors a star status. “He took me to another channel and introduced me to the higher-ups and I haven’t looked back since. I started with Kuniyonu Baara, participated in Bigg Boss in the interim, did Chinnada Bete, hosted Dance Karnataka Dance Lil Master, Dance Karnataka Dance Family War and have become synonymous with Sa Re Ga Ma Pa and continue hosting it in its seventh season,” avers Anushree. She also continues to host mega events off screen. “I still remember emceeing at birthday parties, mehendis and sangeets in my early days to sustain a living,” she smiles. She’s also been bitten by the acting bug and has quite a few films on her roster. But the biggest high of all? “Without a doubt, being on stage and witnessing the love of people live. They love seeing me dressed in traditional clothes and treat me like their own,” points out Anushree.

The Kannada television scene is brimming with talent, yet Anushree’s name rings loud and often. What does she credit this immense success to? “My no-holds-barred talk on stage. I don’t indulge in formal talk. I love having banter with the judges, audience and contestants. If I feel like crying, I do. If I feel like getting philosophical, I do. I don’t go by the tried and tested method. I’m myself,” she says. But most of all, Anushree credits her achievements to her mother. “She may have been from a small town, not seen a city beyond Mangalore and was deserted by a husband leaving her with two small kids. Yet, not for a single day, did she impose her thoughts on me and made my dreams her own. She raised my brother and me alike and fuelled us with the confidence to face life in all its shades. I’m a summary of all that,” wraps Anushree, whose multiple awards are a testimony to her long journey.