HOW FRESH IS YOUR PRODUCE?

EATING OUT UNTIL JUST A FEW YEARS AGO MEANT FORGETTING ABOUT NUTRITION AND FRESHNESS. TODAY IT IS THE OPPOSITE. ALL OVER THE COUNTRY, CHEFS ARE CELEBRATING FRESH PRODUCE LIKE NEVER BEFORE… ANUBHUTI KRISHNA DISCOVERS 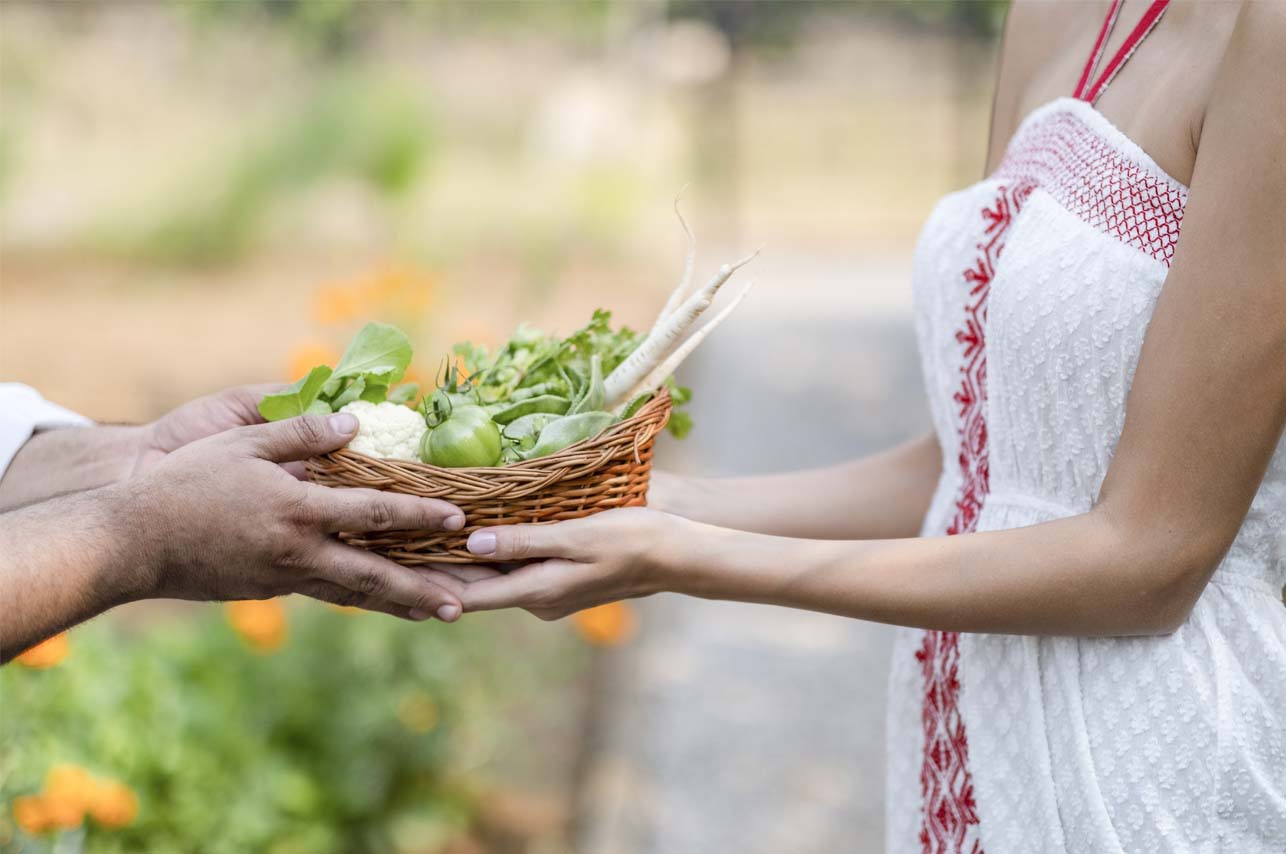 At a recently concluded culinary award function in Delhi a large number of winners were restaurants that have been focusing on ingredients as much as the finished product. These outlets, mostly new and run by young individuals are doing what was unheard of until a few years ago—using fresh produce straight from farms to reimagine and recreate menus. The idea is simple: you put on your menu what is seasonal and grown around you rather than force the farmers to grow what your menu needs, whether or not in season. These are not just western vegetables and exotic fruits, but also local, seasonal and regional varieties of produce which one couldn’t imagine eating in a restaurant until just a few years ago.

Indian homes have always emphasized on using local and fresh produce, the trend of using freshly harvested produce in commercial kitchens is however, fairly new. While it did start sometime in the 90s with West View (the Continental outlet at ITC Maurya in Delhi at the time), when they started to grow their own herbs (and continue to grow much more now), it did not really take off. It was only about five years ago with the industry waking up to climate change, water conservation, organic and bio diverse farming – that the idea caught up. “When I started my farm in 2011,” says Sneh Yadav of Tijara Farms, “the produce was mostly consumed by the domestic (homes) market.” It was only after the interning chefs from Slow Food Culinary School in Roma came to visit her farm and learn about local crops and farming techniques, she says, that the local chefs took note. From there it has only been an upward swing. Today farm-to-table is an oft-repeated phrase and chefs across India are collaborating with farmers and working hard to bring in more fresh produce to their tables. “I’d give credit to the younger chefs for bringing the focus on clean and fresh ingredients,” says Sneh, “they are the ones taking onus”.
One of the first places to focus on and incorporate fresh produce in its menu was Annamaya, the food hall at Andaz, Delhi. With its foundation laid in ethos of sustainability, the entire menu was designed around produce that is sourced ethically from farmers across the country, but mostly from closer home in Delhi. As a result, under Chef Balpreet Singh Chadha, you will find local vegetables like lauki and tori (gourds) on the menu in summer and hyper-local green-based dishes like Kadam ke Saag ka Mutton and Kohlrabi Mutton curry in winter. “We work with local farmers to get what is clean and in season,” he explains.

“For our produce, we believe in going local as it allows for a smaller procurement window, better quality control, robust pricing and has a lesser carbon footprint,” informs Varun NB, Executive Chef, Novotel Hyderabad Airport who partners with local entrepreneurial agriculturalists in and around Hyderabad. His kitchen and landscaping teams have also created a kitchen garden that grows fruits, vegetables, and herbs all of which is used in the restaurants. Not far away, in Bangalore, Novotel and ibis Bengaluru have partnered with locals farms and are working on their own kitchen garden too. Fresh produce is grown on the rooftop using the hydroponics approach
(a method of growing plants using mineral nutrient solutions in water solvent).
This method of using deep-water culture doesn’t need electricity to grow crops and guarantees clean and fresh harvests according to the plant’s genetic capacity. The lettuce, basil, parsley, celery, baby spinach, broccoli, papaya, thus grown are used in these kitchens on a daily basis.

While it may not have taken off 20 years ago, growing your own produce is becoming more popular with hotels today. Some have farms dedicated to growing food only for them. Some are utilizing their premises to do so with the chefs being engaged at the grass root level. “You can call me a farmer chef who gets involved at the cultivation stage at the farm,” Chef Jaynandan Bhaskar, Executive Chef at Karma Lakelands says proudly when I discuss this trend with him.
He can often be seen handpicking ingredients and designing menus that can use the produce. “In order to integrate the organic produce, I have curated a menu that lets me use up to 60 per cent of my organically, home grown produce,” he informs. He also uses homemade dairy products and two types of honey from the farm and changes a part of the menu with the changing seasons and crop cycles.

Using homegrown fresh ingredients comes with the assurance of quality and nutrition. It eliminates transportation time and cost and consuming it within hours of harvesting enhances both flavour and nutritional value significantly – a practice chefs at Alila Fort in Bishangarh in Rajasthan and ITC Grand Bharat in Haryana have mastered. While Alila has a ‘Zero Mile Meal’ where every ingredient on the plate is grown in-house and is freshly plucked before cooking, ITC not only grows its produce but also gives its guests an opportunity to cook this freshly harvested produce with a master chef at their farm. With a picnic like setting in the scenic farmlands these meals that promise taste and nutrition along with novel experiences, are becoming popular with domestic and international guests alike.

One however wonders if the trend is just a passing fad or a concept that is going to stay around. “I personally think clean fresh ingredients are here to stay,” says Chef Varun NB who also urges all chefs of his fraternity to adopt localized produce as much as possible. It will, he says, not only reduce the pressure from the market but also result in better health and a cleaner environment. “Biodiversity and healthy produce rest on two pillars,” says Sneh Yadav, “the farmer and the chefs.” For the trend to sustain, she says, it is important for farmers to grow what is good for the soil and for chefs to incorporate that into their menus. While this certainly needs more work, Sneh also feels we are moving in the right direction. All we need to do is carry on.