A WEEKEND IN BARCELONA

VIBRANT NIGHTLIFE, COLOURFUL STREETS, BREATHTAKING ARCHITECTURE, SCENIC VIEWS AND FRIENDLY PEOPLE MAKE BARCELONA ONE OF THE MOST SOUGHT AFTER DESTINATIONS OF THE WORLD. WITH SO MUCH TO DO AND SEE IN THE CITY, YOU’D IDEALLY NEED AT LEAST FIVE DAYS. ANUBHUTI KRISHNA TRIES CRUNCHING HER ITINERARY TO FIT INTO A SINGLE WEEKEND 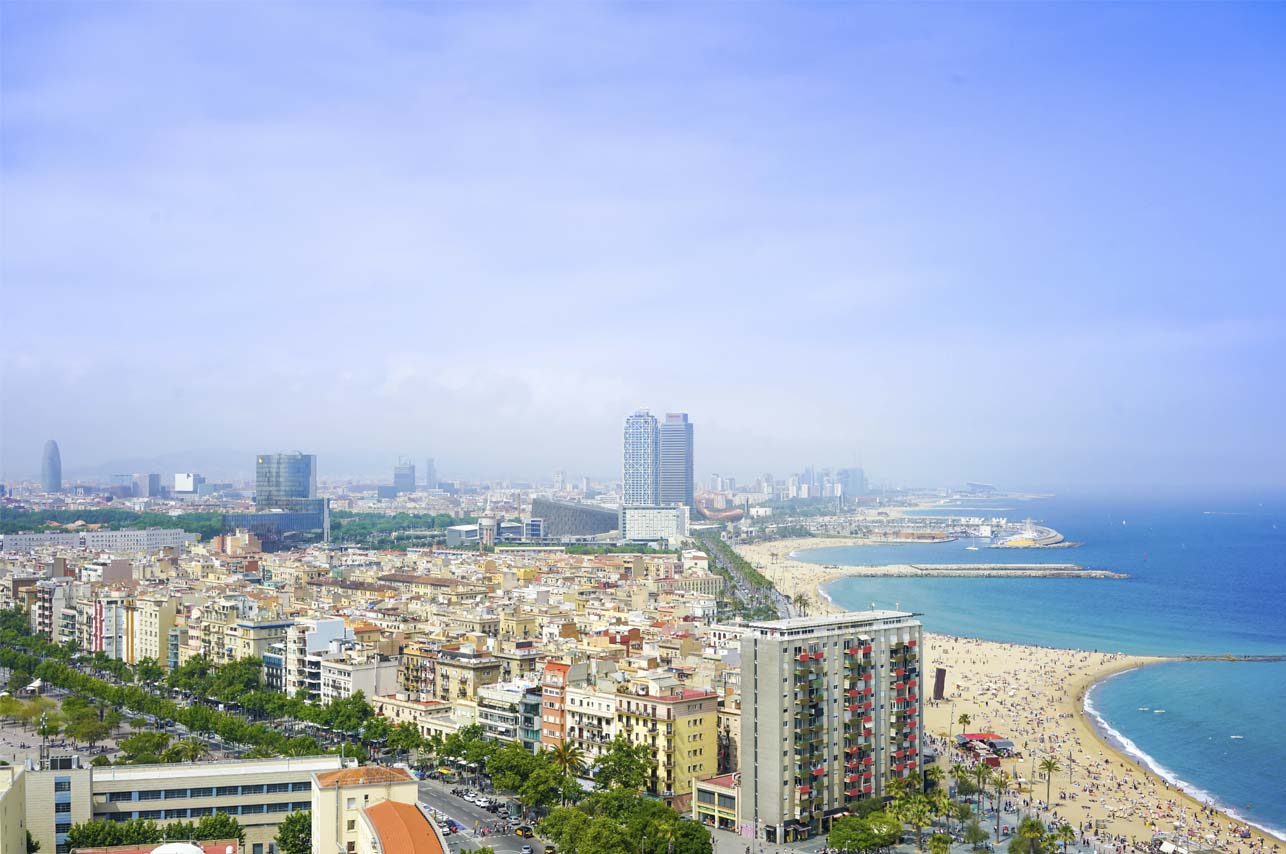 Arriving:
Like most European cities, Barcelona has brilliant connectivity. You can get here from all major cities and countries of the world via trains, flights and roads. You can also sail into Barcelona on any of the fancy cuisine liners that are perennially docked here. Whatever the method, it is best to arrive in Barcelona in the evening. That way, you have enough time to get familiar with the city, catch a good night’s sleep and be ready for action the next morning.\

Barcelona’s old town center is steeped in history and filled with stories. Archeological evidence proves that the city was first established in the Roman times and was called Barcino. This colony had around one thousand inhabitants and was surrounded by a defensive wall, the remains of which can still be seen in the old town. To find this wall and to hear the story of its rise and fall, sign up for the many walking tours that operate in Barcelona. Walking along with an enthusiastic local, or sometimes a foreigner who has settled in Barcelona, is a great way of learning interesting facts about the city. The tours often start from the city center and last for about 3hours. They take you through the Roman ruins, transition into the old city with medieval gothic cathedrals and bridges and transition into the 19th century city known for its grid roads and tall homes.

1PM — MERCADO DE LA BOQUERIA
The long hours of walking and talking can make one hungry. Since the tour ends close to the main street of the city, La Ramblas, home to the oldest market in town, stopping by for a round of tapas and cava is a great idea. One of city’s most famous markets, Mercado de La Boqueria, is known as much for its iron grid buildings as it is for Iberico jamon, pixtos, homemade vermouth and cava. Getting a place to sit may be difficult here but the fun is in walking all around the market, buying little bites from dozens of its colourful stalls and eating as you go. If you prefer fine-dining only, La Ramblas has many decent cafés and restaurants that would let you enjoy your sangria with a view.

5 PM — LA RAMBLAS AND COLUMBUS MONUMENT
The lower end of La Ramblas meets the sea at a sprawling plaza. It is the place where you find the most colourful assortment of locals and tourists. Pop-up flea markets, hand drawn carriages, expats alighting from cruise liners, tourists heading to the beach… all culminate at the plaza. This is also where you will find the coveted Columbus Monument. It is believed Columbus had sailed from this point for his maiden voyage to the Americas almost 500 years ago. The 60metre high monument that still stands proud was built to honor Columbus’s first voyage and is said to be pointing to the new world that he discovered.

8 PM – TAPAS CRAWL AND NIGHTLIFE
Barcelona’s nightlife is legendary and locals love to step out every evening and stay out until early morning. With every neighbourhood having its own party zone; places staying open until the wee hours; and eateries working round the clock; you can party whenever you want and wherever you want. The wide range of clubs in the city gives everyone the opportunity to blend in and play all kinds of music: from R&B and Hip Hop to Pop, Rock or Jazz – you can find what you like. There are also organized activities like Pub Crawls, and Boat Parties that one can sign up for. Head to Plaça Real – the most vibrant square in the Gothic Quarter or El Born that stands out for its trendy, unique and sophisticated bars and restaurants – for the most buzzing places in town.

Day 2:
10 AM — CAMP NOU
Whether you are a football fan or not, escaping football fever in Barcelona is impossible. It helps that FC Barcelona’s home ground, Nou Camp, is well within the city and just a short metro ride from the city center. You can choose to go only to the parts open to public, take a guided tour of the whole stadium, or even watch a match, depending on your interest and budget, but missing it is not a good idea. The stalls right outside are great for photo ops as well as official merchandise, some of which can cost a fortune. But don’t worry, if you cannot afford an `8,000 jersey or a `5,000 cap, you can easily find first copies around the stadium in small stores. Just don’t tell anyone and they’d never know.

12 NOON — SAGRADA FAMILIA
Dan Brown’s bestseller, The Origin introduced the world to Sagrada Familia and of course to the other Gaudi architecture in Barcelona. This massive 172ft cathedral that they began building in 1881 is yet to be completed and still sees thousands of visitors every day. With richly adorned facades on all sides, sky piercing tiers (that promise to get higher) and colourful and unique interior, it is the most popular destination in Barcelona. Plan to spend at least a couple of hours inside the cathedral and another few outside, for once you are here, time flies. Pre-booking the entry ticket is advisable to prevent long queues; hanging around the cathedral for its views is inevitable.

3 PM — ANTONI GAUDI TRAIL
Seven of the several works of famous Catalan architect Antoni Gaudi make up a UNESCO World Heritage Site in Barcelona. The buildings, made during different years in the 19th century, are peppered around the city and are known for their edgy, eccentric designs. While many at his time wrote off Gaudi, today he is considered the master of architecture and design. A walking tour that takes you around all of these is a great idea to learn more about the legendary artiste. You can choose to do a tour that will take you inside each of them (though that will take a long time) or just look at them from outside and chose one or two to enter. La Padrera, the largest is also the most popular, Park Guell, atop a hill is most scenic.

8 PM — NIGHT TOUR AND FLAMENCO
Barcelona comes alive at night — whether it is the monuments that glimmer in the dead of the night or the bars that see people partying until sunrise, there is always something to do at night in Barcelona. The final night in the city is a good time to get onto a night tour bus. The tour takes you to the popular destinations like Magic Fountain of Montjuïc, which combines aquatic acrobatics, coloured lights and music; Arc de Triomf, a miniature model made in 1888 for the World Expo; The Olympic Ring made during the 1992 Olympics and Poble Espanyol, an open-air museum with models of buildings from across Spain. Closing the night with the 10:30pm show of Flamenco, Spain’s indigenous dance form at the Palacio de Flamenco will leave you with a high that’s hard to forget.