A VOICE THAT DEFINES THE NEW KERALA

GOWRY LEKSHMI IS A SINGER AND HOW! ASHA PRAKASH CATCHES UP WITH THE TALENTED SINGER TO FIND OUT MORE ABOUT HER LIFE AS AN ARTISTE 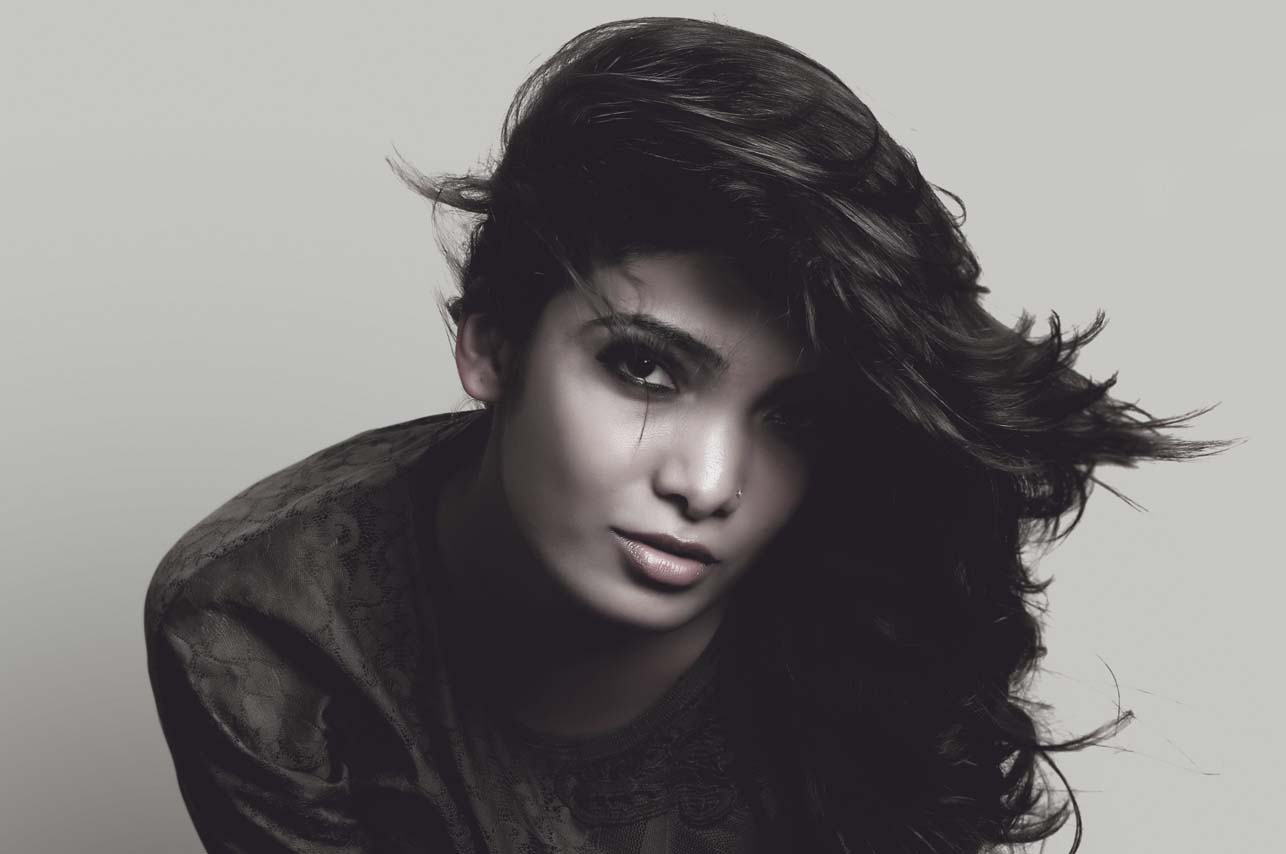 No Malayali music lover would have missed the song/rap poem Urakkamilla Rathrikal, a dark yet comforting piece, written and composed as an independent creation by singer Gowry Lekshmi. It isn’t her first though; Gowry composed her first song when she was just 13, marking her entry into Malayalam cinema with it. What few would know is that Gowry is an eighth grader in western classical vocals from the Trinity College of Music, no easy feat for even seasoned musicians. But she didn’t fizzle out like many other child prodigies, and is better known as a live singer and a performer today – many of her covers, independent music creations and film songs being huge hits on YouTube too. And yes, she’s an ardent animal lover as well, and her rescue dog Moochi actually won the Cutest Indian Dog Alive Award conducted by PETA in the year 2017!

She has a new single ready to be released next month and has diversified her stage performances to include dancers. She doesn’t gloss over the fact that she always looks at what the audience wants, and that it is no cakewalk for a girl to make a name for herself in a male dominated field.

MUSIC CLASSES BEFORE PLAYSCHOOL
My father is a singer and my parents have a music institute and a recording studio. My mother enrolled me in music classes before playschool and I have been learning vocals ever since.

URAKKAMILLA RATHRIKAL…
I didn’t plan to write it or compose it. I have never done it for any song of mine. I wrote it during a difficult phase in life, quite casually and Ganesh (her husband and a musician) gave it a nice groove and structure later on. I think youngsters are able to identify with it, because even during live shows in colleges, where they only want to dance from the beginning till the end, and where they expect only commercial film songs, they accept and enjoy the song. During the part ‘ee neravum kadannu pokum’ (this too shall pass) there is an instant reaction every time. The lyrics are simple and straight and I guess it conveys easily.

BEING AN INDEPENDENT MUSICIAN IN THE CURRENT SCENARIO…
I do both commercial and independent music, so I can’t say if one can survive with just independent music. The audience is different for both. But if media like radio and TV give the same importance to both, independent music will surely thrive, I feel. It will be a mutually beneficial arrangement. In such a scenario, there will be music labels willing to sponsor independent musicians. Independent music is not just about making the music you want. For me, it is always about delivering what the audience wants. I don’t think you need to make too many compromises when you tweak things a bit to suit the audience’s tastes. Once they accept it they might accept your own music too.

THE MUSIC SCENE IN MALAYALAM TODAY…
For the longest time there were certain set ideas about what good music is, what a male singer should sound like, what a female singer should sound like, etc. But people are more accepting now of different kinds of music and new instruments. Non-Malayalis are also able to enjoy our music now. The same with lyrics. Only poetic lyrics were accepted earlier, but now conversational ones are equally enjoyed though there was a resistance initially.

WESTERN CLASSICAL TRAINING HELPS AN INDIAN MUSICIAN
Whatever you learn helps in some way I believe. I trained in western vocals under Augustine Paul in Chennai. In my view, western vocal methods help you make the best use of your voice, with the least damage or strain to your throat. The breathing and vocal techniques are focused on making it as comfortable as possible for the singer, rather than on pleasing the listener. That element is missing in Indian classical music training, I feel. You learn other things, like pitching and vocal flexibility, though. I can sing for one and a half hours live without any strain today. Unless I am ill I can do shows back to back and I owe it to my background in western vocals.

BEING A GIRL AND A COMPOSER
Like many other fields, the music industry is also male dominant. Now things are slightly different. But I don’t know how to break it other than by adding female presence. My journey hasn’t been smooth. I have experienced jealousy from some male artists who don’t like it and try to pull you down when a girl who is junior to them or started out at the same time gets the limelight. There is a bit of jealousy when a girl comes into the limelight. Not all, of course. Nothing can be done about that. You need lots of determination. If you succumb to pressure you will get suppressed. I have been termed arrogant but you can survive only with such an attitude as a woman, I feel. I don’t try to please people. I ask for opportunities directly and present my work but I don’t go overly servile. That’s how I got to work with Shan Rahman. I might have lost opportunities that way. But at the end of the day I’m happy and at peace.

GOWRY THE ANIMAL LOVER
We have three dogs and three cats at our home in Cherthala, Alappuzha district. All of them are rescues. There’s Moochi who was found injured in an accident while Caramel is an old dog, again an accident case. Tofu is the puppy of a stray. Then we have Pikachu the cat and her two kittens. I don’t get to do animal rescue a lot but I have immense respect for those who manage to find time to rescue as they are a lot under constant stress. There are hardly a handful of them and they get calls every day which they can’t handle. I have personal contact with many of them. I cannot turn a blind eye if I see a wounded animal, so if I can’t rescue it personally I ask for help and help through funds. Funds are a huge issue for animal welfare as people don’t contribute 1/10th of what they give to humans.

ON MAKING IT AS A MUSICIAN…
I wouldn’t say you need a background in music to make it. The best example is my husband Ganesh Venketaramani; his parents are bankers. He too worked as an engineer but is a full time drummer and programmer now. You can start at any age as long as you work hard; have patience and a unique style of your own.