FOR THE LOVE OF ANIMALS

JANANI KRISHNAMURTHY IS KODAIKANAL’S MOST POPULAR ANIMAL LOVER AND SHE TAKES HER FULL-TIME JOB VERY SERIOUSLY, AS RUPAM JAIN DISCOVERS 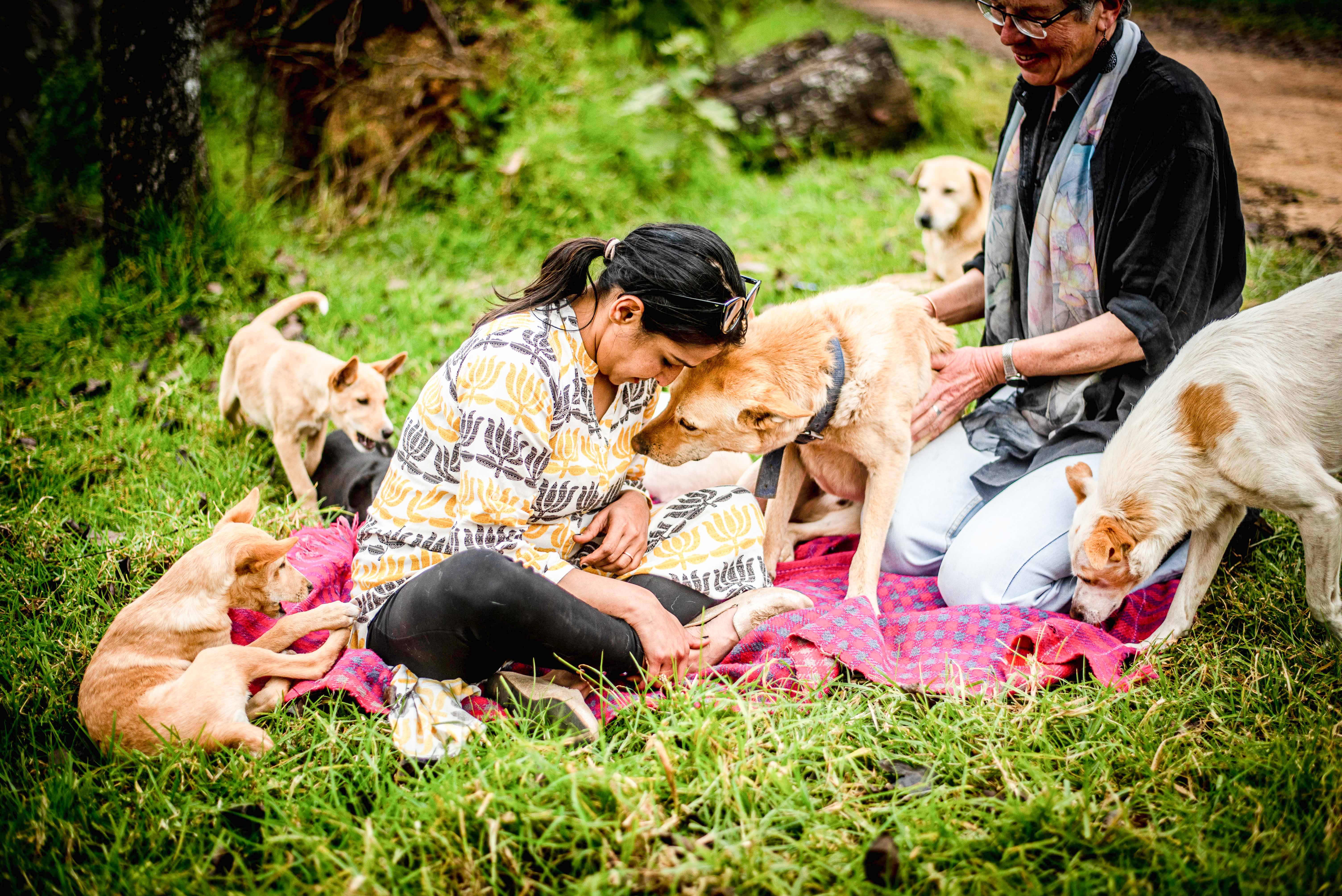 As a nine-year-old, she saw a relative beat up a dog. That left her shocked and scarred. She rushed to the police station to lodge a complaint. “But they laughed,” she says, “it got me really upset that people weren’t taking an action. I knew I had to do something for the voiceless.”

As we speak, she strongly states: “I think I am an animal and nature person, not a human person for sure.” Reason perhaps why, three years back, she made a conscious choice of turning completely vegan. “I would be a hypocrite otherwise. I wanted to be completely clean as an animal crusader and environment lover,” she says.

We are not surprised then when Janani Krishnamurthy tells us that at nine, her first rescue was a baby squirrel. “Few trees were being chopped off and the squirrel kind of fell. It was losing its home. I brought it home.” As a child, she also joined Blue Cross to help rescue animals. Soon enough, growing up in her village in Palamadai, Tirunelveli, she recognised the ill effects of sand mining, and came to realise that there is a natural cycle between the environment, animals and humans and of course, the latter’s actions. “I didn’t know science to an extreme of course, but I did know that because of sand-mining, the river was flowing so much that lot of fishes were missing. I was a child, and it mattered to me that I wouldn’t be able to see the same fish again. I understood that something was getting affected, and that the natural balance was being disturbed.”

Animals, she asserts, “can only be my friends, and not food on my table or my fashion accessories.” In 2007, Janani was married into a family that was involved in the dairy business and moved to Kodaikanal from Chennai. Family stopped factory farms long time ago. And when she learned that her father-in-law’s family had taken over the SPCA (Society for Prevention of Cruelty to Animals), which has existed since the British Raj, she decided to take charge and revamp it. “SPCA had been non-functional for a few years when I moved to Kodaikanal. I revamped it as Kodaikanal Society for Protection and Care for Animals. Kodaikanal has a population of 35,000 people. The rest are tourists. I needed to start work with my own town people, by sensitizing them, which we did, and thus began the journey.”

At KSPCA, there are no shelters, but only foster homes taken care by Vera de Jong “For some reason, I believe every animal has the right to live on the street. I don’t want to restrict them. In foster homes, we look after them, treat them, do animal birth control, and they are up for adoption. We have had people take animals to their homes. I want to request more and more people to opt for adoption.” Furthermore, KSPCA has carried out elephant inspection, rescue and sensitization programmes, as well as conducted practical workshops with mahouts on how to take care of elephants,” says Janani, who also works with the Capitive Elephant Wildlife Committee, in the Tamil Nadu Forest Department, and the member of State Board for Wildlife, in the Tamilnadu Forest Department.

Over almost 10 years of untiring endeavour, Janani can today proudly state that she has seen a change in people’s perception and attitude towards animals. “They now make a phone call and can tell the symptoms or send a video, after which we intervene and tell them what they could do. They are now aware who to call and what to do. In fact, if any animal is treated badly, they immediately call to report. So, the sensitization has been done. Now we are pushing the municipalities to legalize meat shops — one of the factors in
garbage management.”

All this hasn’t been a cakewalk, of course. The very first hurdle was that by rule there can only be one SPCA in one district. And Dindigul already had one, which is headed by the collector and Janani is a member. One of the reasons why Janani got the name changed to KSPCA. That apart, “there was no space for surgery,” Janani informs. “The municipality had space, but to get permission for access, it took us two and a half years! Officials kept changing and the process just went on and on. Finally though, the municipality gave us the building to use, but it was in a bad shape. So we redid the entire facility. Luckily, there were people who believed in what we were doing. We had the building association give us cement and gravel; we had local people give us `1,000 per dog. That’s how we found our funding.”

Janani believes the government officials could do better. She informs us that the Government of India (for Tamil Nadu) pays only `700 per dog. “In my opinion, the TN government should tie up with an NGO and provide anti rabies vaccines so that it can carry out mass vaccination, because there is only so much an NGO can do. We don’t get funds all the time.”

Another major (and ongoing) problem is finding a vet. By her own admission, Janani has written an application for a vet for the longest time, and has no response. That’s why she had no other choice than to outsource by collaborating with Humane Society International (HSI), which now provides her with a team, including a vet. Putting the equation straight, she tells us that the Kodaikanal municipality gives `350 per dog, the Dindigul municipality gives `700 (as KSPCA has started work there). “And for its service, we pay HSI `1,000 per dog. So we are constantly
raising funds!”

As a parting note, we were happy to learn that Janani’s 11 year-old son has imbibed his mother’s love for animals, though Janani says, laughing, “I think he is somewhere in between his father who is into dairy business and
his mom.”

“But honestly,” she continues, “he is actually sensitive to animals. When we go to a restaurant, he asks: ‘Is it okay if I eat this?’ And I always tell him, yes, because he needs to realise and decide when he has to stop. And when we go shopping, he makes sure to see labels and tell me that (a particular jacket) is cruelty free. And of course when I get rescue calls, he is really supportive. I am really
glad he is.”

Get in touch with Janani and her team at +919884371395 or write to them at kspcaofficial@gmail.com
www.kspcakodaikanal.org