MADHU DAITHOTA CATCHES UP WITH THE LISSOME SANDALWOOD DEBUTANTE 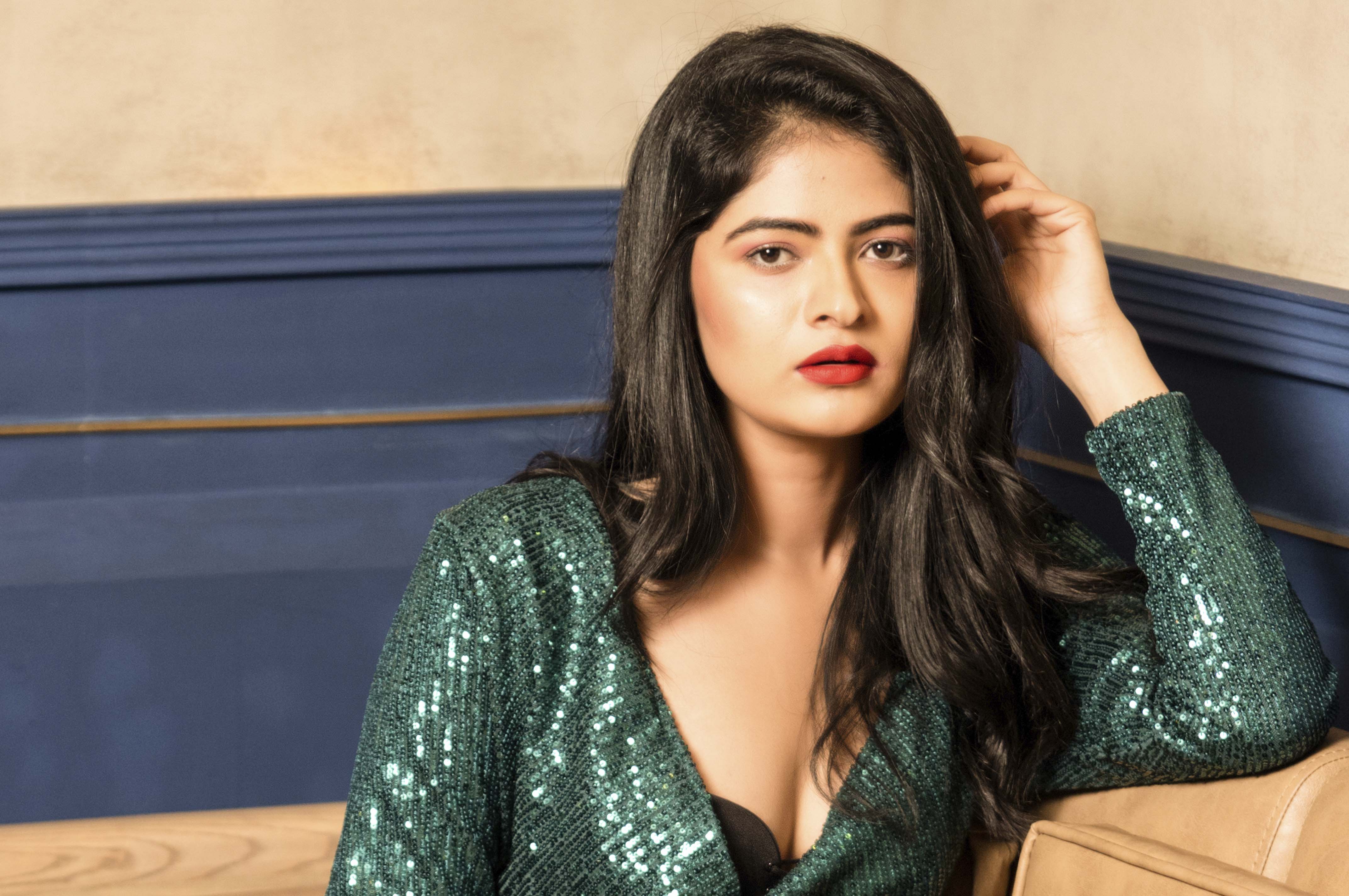 From jewellery designing to acting, how did this transformation happen?
Soon after I graduated in commerce, I took up jewellery designing because I wanted to be involved with something creative. In the meanwhile, I got involved in modeling and theatre. I then did professional modeling with Prasad Bidapa for a while. But since childhood, I had a strong inclination towards acting. But I was scared to say it out loud. But after college and becoming a model, I found the courage to tell my folks about it and thankfully, they were extremely encouraging.

Not all debutantes get to work with a superstar like Darshan while starting out with their career. Tell us more?
Darshan sir’s mother and my mother are close friends and know each other from their days in Coorg. Sir’s mother is also from Ponnampet which is my hometown. During the course of their talk one day, mum happened to mention that I’m trying my luck at films and aunty said that she’d put us in touch with the Odeya team as they were looking for new faces for the film. They wanted a tall girl who also knew Kannada and I fit the bill. I’m so grateful that I landed my very first film with a superstar like Darshan sir. In fact, he was so patient with me because when I gave my first shot, I took umpteen takes and so much time.

What is Sanah like off camera?
At the risk of sounding immodest, I love myself as a person. My parents have given me such good values and raised me so well. I’m friendly, sweet and friendly. Odeya, too has contributed immensely to my personality. I’m more open now. Earlier I was a little wary of talking to people.

What do you feel are your biggest strengths?
That no matter what the situation is, I’m myself. That’s something my mum taught me.

What is the first thing you do on waking up?
I meditate. I don’t like talking to people for at least half an hour after I wake up. So I do tratak meditation; it involves staring at the flame of a candle and helps in concentration. It’s been about seven months since I started doing this and it’s really helped me in focusing a lot better be it during work or my reading.

What’s the last thing you do before sleeping?
I do deep inhaling and exhaling for at least five minutes before I go to sleep. I also listen to motivational and spiritual talks which contribute to better sleep.

If not an actor, what would you have been?
I’d probably have been a nutritionist. I was all set to go to Delhi to pursue a course in nutrition shortly before I signed Odeya. My family has always been health conscious and believes in eating clean, so it’s but natural that I became interested in the science of food.

What inspires you?
It’s actually a person who inspires me. Like all girls, it’s my mother who inspires me. She’s the strongest and purest soul I know. Be it family life, profession or social life, she’s taught me how to straddle each of these worlds. Also, she taught me that no matter what, keep your personal matters to yourself; never show the world what you are thinking or feeling. Always put on a brave front to the people outside.

What is your dream role?
A mythological one, like the kind Deepika Padukone and Nayanthara are portraying. I would love to play a woman with a strong sense of her own and tremendous willpower.

Skin show in films and your take on it?
I come from a modeling background and showing skin is not an alien concept to me. But if I have to do it in films, I want to do so only after building a rapport with the audience and once I do so, only if they’d like to see me in such a role. Right now, I’m not in that mind space.

Your upcoming films?
I’ve been listening to scripts. But now that I have debuted with a star, there are big expectations out of me, so I will choose only the best.