ORKA CAFÉ PROMISES A MENU UNLIKE ANY OTHER, AS RŌMAL LĀISRAM DISCOVERS 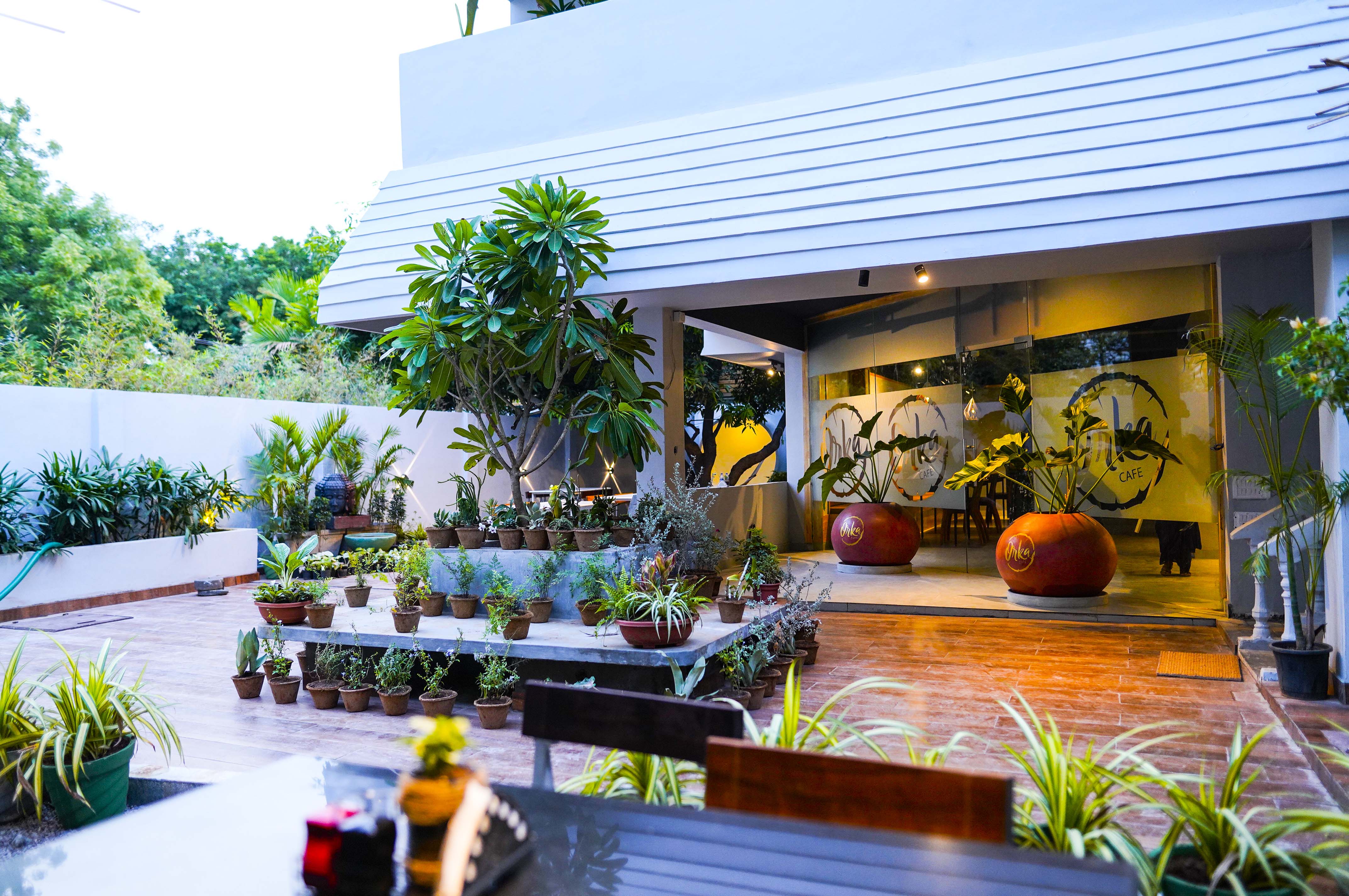 The millet craze has officially taken over South India. And while I do agree that it’s largely an urban phenomenon, one cannot ever deny that our rural gourmands have never really stopped using these delicious millets in their daily lives. The millet varieties change over the length and breadth of the peninsula and the favourites are made very visibly clear in local delicacies. North Karnataka has its obsession with jowar, maize and bajra; Tamil Nadu and South Karnataka swear by ragi (finger millet) and Telangana has its own loyal following for korra/korralu (foxtail millet). The North has many indigenous types of millet too, but let’s not get into that, just yet.

We headed right in, onto their partly-open terrace seating area (an area you need to book earlier) and the gorging began immediately. I began my mid-evening meal with their three millet soup and followed it immediately with a barley mushroom soup. This was the Hyderabad winter and the warming soups added an element of magic to the otherwise
chill evening.

I am someone who likes to munch on something with my soup. It somehow doesn’t seem complete as a meal or a starter otherwise. Now, I had the option of some delicious in-house freshly baked bread, but I decided to do something pretty risqué and pair my soups with two salads. I chose the Georgia peanut salad (cause do you really ever need a reason for a peanut salad?) and the big
barley salad.

The salads paired wonderfully with my warm soups and I don’t think I’ve enjoyed eating barley as much as I did that evening. The starters got me super excited about main course and I decided to order absolutely unmatched dishes. I went for a distinctly Asian Fish Kuchen and paired it with some local spicy Roya Vepudu and brought both the dishes together with a pizza that was made as per my preferences on
millet-based bread.

The fish was surprisingly fresh — I know, yes, refrigeration exists, but I come from Bangalore and I do not believe that seafood can taste fresh anywhere but on the coast. I later found out that Goa was only a few hours away and therefore seafood can get pretty fresh in inland Hyderabad — or you eat river/pond fish, which is abundant in the region.

The Roya Vepudu was also pretty decent. I have had multiple versions of this dish that comes from Andhra’s Costha region (Coastal) and almost all versions have been delicious. That or the fact that typical Andhra cuisine drowns seafood in so much spice that you don’t really get the subtle flavours that one expects from fresh prawns and so all versions I’ve ever tasted, have practically been the same? The pizza was made as per my own preferences; it would have been silly to dislike it.

I washed down the whole meal with some interesting juicy concoctions including Lemon Iced Coffee, Mango Delight Green, Spiced Coconut Water and several options from their ‘Hydrate’ section. As a fresh fruit juice lover, I was clearly biased towards these drinks and absolutely loved each one of them.

I wrapped up my meal with the super-interesting Candied Neem Panna Cotta and their signature Coconut Water Jelly — both wonderfully fresh desserts that worked brilliantly as palate-cleansers too.

Satisfied and pleasantly surprised by how interesting this meal was, I walked back light-hearted into the now dark Hyderabad evening, ready to take-on the world or maybe an intimate performance at the nearby La Makaan.

What worked for me at Orka Café was the freshness of ideas, flavours and textures. Not many restaurants across the country can boast of such an accomplishment.