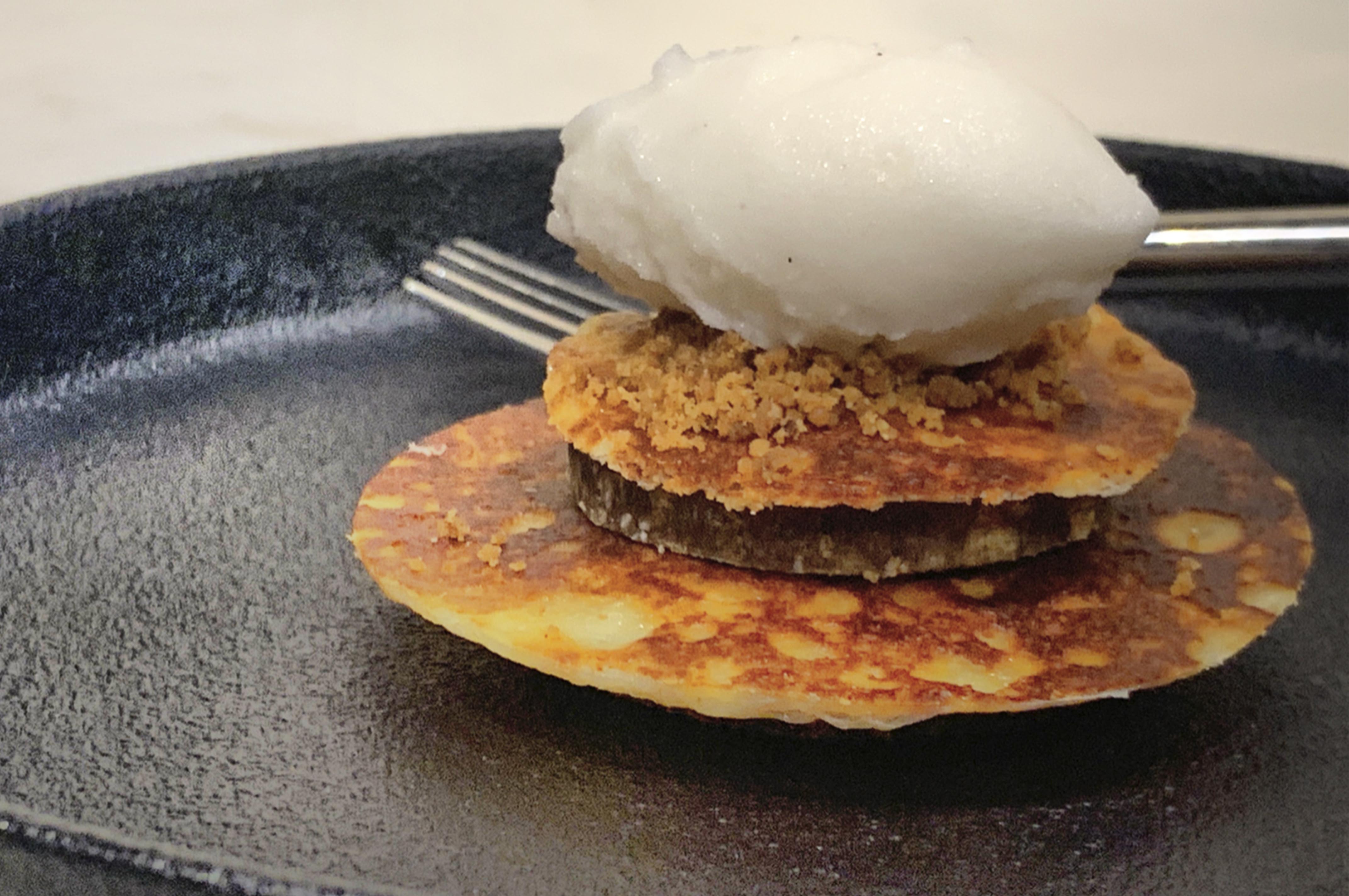 In Mumbai’s up market Kamla Mills, lunchtime is the busiest. The young workforce from the business district descends upon the revamped mill that until not long ago had been in ruins. In the center of all the dining action is a sprawling restaurant, The Bombay Canteen. Just five years old, the place is already an institution and sees hundreds of diners daily. While during the day, the crowd is largely office goers, the evenings see people from all over the city brave the infamous Mumbai traffic for a meal here. And the cuisine they serve? Indian. In faraway Gurugram, the newest sensation is a chic minimalist diner that makes chaat and mutton roast, parathas and seekh kebabs, butter chicken and roti — although with a twist. Just a few months old the restaurant is already a hit with public and critics alike. Finding a table is hard; leaving once you have arrived, impossible. Delhi’s favourite new place meanwhile is ROOH, a beautiful space in the shadow of the Qutub Minar where you can eat squid moilee, duck seekh, and besan barfi opera. In another corner of the country, Chennai, diners flock the city’s chicest dining destination, Avartana, where rasams come in coffee filters and biriyani comes wrapped in banana leaves. And in Bangalore, Alchemy is making people eat their Mysore Pak cheese cakes and how!

Modern Indian cuisine is not new. The trend started in the west — especially in New York and London — sometime in the 80s when western chefs would serve adaptations of Indian flavours (mostly curry). It evolved through the 90s and 2000s with Indian chefs like Vineet Bhatia and Gaggan Anand making a mark in foreign markets, and finally reached India in 2009 when chef Manish Mehrotra opened the now famous Indian Accent.

While it may be the hardest table to book in the country today, at one point, shared chef Mehrotra in the recently held Godrej Food Trend Report launch: no one would come in to Indian Accent for days. Those who did, added chef Manish, often did not like the food. “We were in a residential area so there were times when people would get their house-helps to get chapattis from home.” While Indian Accent slowly and steadily got its due acclaim, no one else was able to replicate its success — they copied his style alright, but miserably failed. It was only when Manu Chandra, another maverick of the current generations of chefs, brought Indian flavours to western style pubs through Monkey Bar in Bangalore that modern Indian cuisine really start reaching the masses.

But what is Modern Indian food? Simply put, Modern Indian Cuisine is an amalgamation of Indian flavours with techniques that are international. It is a far cry from the Punjabified gravies overflowing with masala and oil which most of us grew up eating in dimly-lit restaurants. It focuses on small tapas-style plates rather than large portions overflowing with oil and spices. “India and its restaurant scene is in a most exciting place in its history today,” says Chef Suvir Saran, who has wrapped up his New York restaurant, Devi, to be a part of this new India. “We have begun paying attention to the nuanced tastes, textures, brilliance, flavors, simplicity, and layered sophistry of cooking.” This attention to detail, married with the regional flavours, is at the crux of Modern Indian Cuisine. Young chefs, who have trained in the best culinary schools and have worked under world’s best chefs, are now returning to work with regional and local flavours, ingredients and recipes. Case in point, the team of The Bombay Canteen.

“Although the four of us partners had been working abroad, we were looking to come back and build a restaurant that had context to India and paid homage to our roots,” says Thomas Zacharias, the award winning Chef Partner at The Bombay Canteen, Mumbai. The team, says Thomas, took inspiration from the richness and diversity of the country but made it fun and exciting for the modern generation. Exciting and fun are two main elements of this Modern Indian Cuisine, most of whose patrons are young, educated and well-travelled millennials. Exposure to fine dining, interest in discovering their roots, and willingness to spend money means they are flocking to these new-age restaurants that promise good quality food in a contemporary set-up.

“For years Indian Cuisine was diluted under the umbrella of spices and curry,” says acclaimed Chef Sujan Sarkar whose ROOH, an Indian-inspired restaurant has been a well-known name in San Francisco and is making waves in the capital within months of opening. Modern Indian dining, feels Sarkar, is quintessentially making the regional flavours the hero and presenting them within a fine dine space.

Amalgamation of complimentary flavours seems to a common thread running through most modern Indian spaces. If in The Bombay Canteen you can find Goan chorizo on a Gujarati thepla, in ROOH you see avocado bhel with a quinoa crisps and in The House of Celeste there is malai with doda and chocolate. What is important to note, however, is that none of this is forced — the flavours, textures, and taste work together to make a dish, which may or may not be authentic in technique but is surely Indian in taste.

Technique incidentally plays a pivotal role in Modern Indian Cuisine; it allows the chef to play with the texture and form of a dish without changing the flavour and taste. Whether it is the foam created with yogurt or chips made by dehydrating vegetables, or even paper made with a fruit pulp — new techniques bring about a great amount of uniqueness and novelty. The best example of this in today’s context remains Avartana, a restaurant that has redefined South Indian cuisine with its use of traditional recipes and flavours with modern technique and presentation.

“Our team had a firm grounding on the pragmatic skills, understanding of the universal concepts of fine dining and the spirit of adventure to create, integrate and surpass the expectations of the diner,” says Chef Ajit Bangera, the senior executive chef at ITC Grand Chola, home to Avartana. Local spices, delicate broths, infused oils; fresh ingredients augment the essence of the menu at Avartana. The butter chicken that comes wrapped in beetroot paper, the lobster that comes inside a dumpling and the panna cotta that is shaped like an egg inside a golden nest perfectly showcase the technique involved in creating culinary marvels.

In the times of techniques, plating, food-gramming, and food-bragging, taste is one element that often gets left behind.

Guests may walk in for the novelty of a place or curiosity but may never return; they might belong to only a certain age group or economic background, or might just not be interested in Indian cuisine. What do you do then?

“Our audience has grown and evolved in the past five years: from being opposed to the food in the beginning, to being curious, to finally embracing our food and experience,” Thomas tells us when we pose this question to him. “Our guests,” he adds, “include anyone who is tired of the same old dining concepts; they aren’t just looking for new interesting culinary
experiences, but also a feeling of being taken care of.”

“Being true to local produce, a good balance between vegetarian and non-vegetarian selections, and not underestimating the guest is essential,” feels Chef Sujan Sarkar “Taking your diners along is key.”

Going by the success of the restaurants and popularity of the cuisine among diners of all age (one often sees large families with grandparents and young children alike), across cities, regions and demographics, Modern Indian dining certainly does not seem to be restricted to one-time diners. It is certainly not fusion, or gimmick, and, if you are at the right place, it surely doesn’t lack taste.

“No matter the cuisine, influence or technique, it is important for your guests to enjoy the food,” feels Chef Hussain Shahzad, who heads the kitchen at Mumbai’s favourite bar and restaurant, O Pedro. Influenced by Goan-Portuguese culinary heritage, Hussain’s kitchen serves dishes that aren’t strictly Goan or Portuguese yet retain the spirit of the native cuisine. The home baked poee bread (the only place outside Goa to bake it), for example, is served with three type of butters, flavoured with chorizo, balchao and whipped pork fat; Red Snapper Ceviche comes with tamarind dressing, red radish and Bhavnagari chilli salsa — these are just a few of the many recipes that are a clever blend of traditional ingredients and modern treatment.

They make up for hearty meals that are not only good to look at but great to
eat too.

Taste apart, with all the drama involved (imagine foams and mousse, dehydrations and fermentations, curing and drying) one wonders if the whole point of Modern Indian Cuisine is only to make Indian food aspirational and fashionable or is there a genuine effort towards preserving Indian heritage, building a stronger ecosystem and going back to roots?
“Preserving the heritage and paying tribute to our roots is the backbone of our ethos,” asserts Chef Thomas Zacharias. Who feels that creative ways of presentation are just tools to ensure the food appeals to today’s audience. “Modern India cuisine is far from a trend,” says Suvir who also feels that the cuisine is the coming of age of a culture and a civilization. “It is the story of one of the oldest, if not the oldest, continuously living cultures of the world.”

The best thing about Modern Indian Cuisine today is that it is no longer restricted to a handful of people or fancy restaurants. It spreads across the country; it can be found in small nooks and crannies and is reflected in every menu that is committed to using local and regional produce with smart cooking and serving.

From the bylanes of Delhi where Bihari cuisine shines in smart pre-plated meals and Naga food is endorsed by locals and immigrants alike, to Bangalore’s
Alchemy
where dishes like gondhoraj lemon mousse, okra almond kadi, and smoked almond mutton shorba sells out every night and in small pop-ups across the country where home chefs are bringing real Indian flavours with a universal appeal to a larger audience, modern Indian food
is everywhere.

The biggest strength of the cuisine lies in its versatility. Kitchens can source the best produce, chefs are familiar with the ingredients, and diners can always relate with the flavours and tastes — irrespective of the appearance and presentation.

“The modern Indian dining experience is constantly evolving,” asserts Sarkar, who also feels that it is primarily a reflection of what the India of today is, “contemporary, exciting, evolved and dynamic.” And if you’ve sampled any of these plates, you’d agree too.