I WANT TO DO ALL KINDS OF ROLES

ROSHAN MATHEW HAS OFTEN BEEN CATEGORISED AND STEREOTYPED, BUT THE VERSATILE ACTOR IS SO MUCH MORE THAN THAT, AS ASHA PRAKASH DISCOVERS 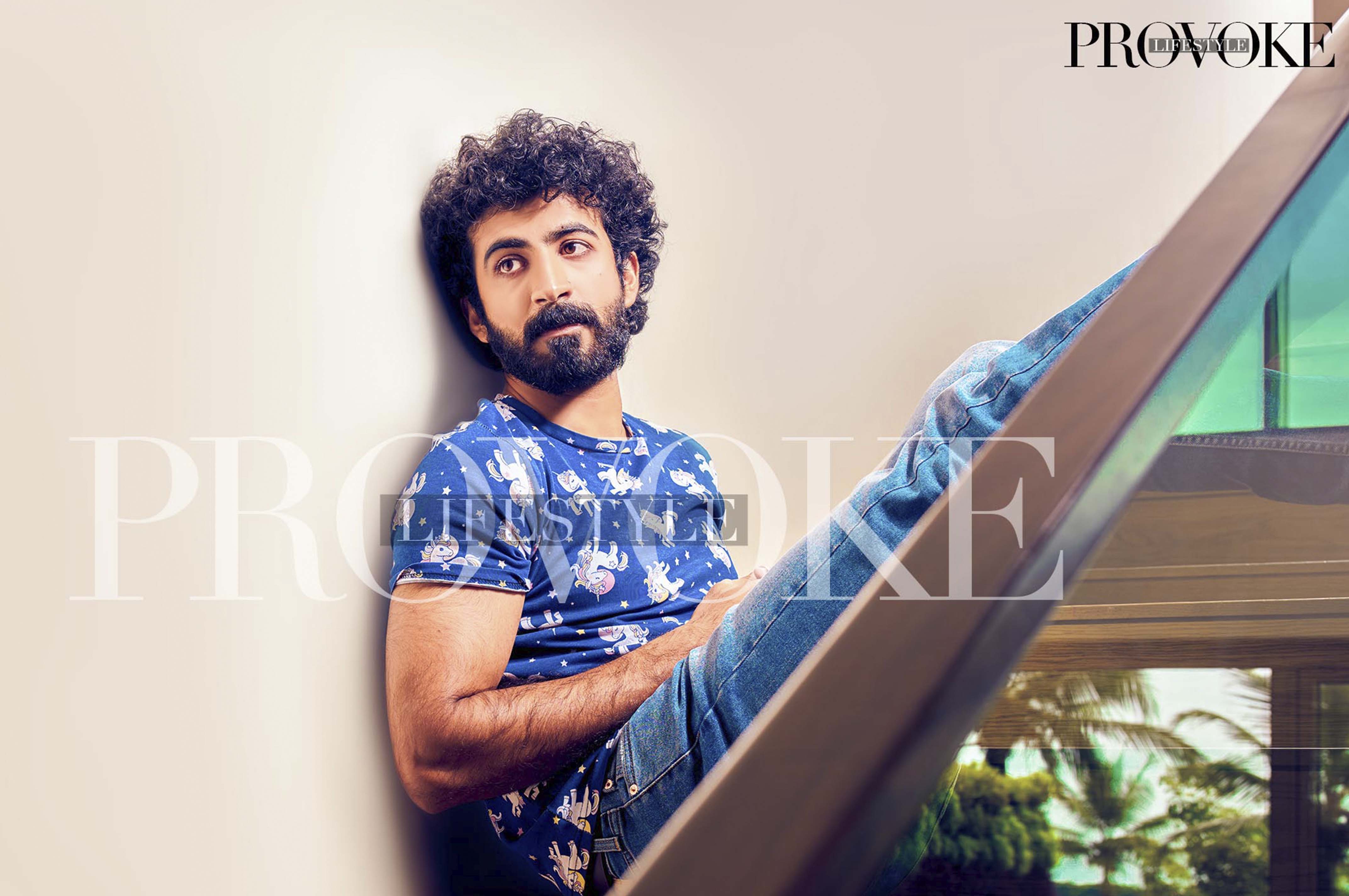 There is a scene in Geetu Mohandas’ Moothon, where the two lovers, Akbar and Ameer, are in a pond, in the moonlight, discovering their love for each other. One of them is speech and hearing impaired but they communicate effortlessly, in one of the most beautiful scenes ever to be made in Malayalam cinema portraying homosexual love. Nivin Pauly, who plays Akbar, is an actor who has already proved his calibre so it was the other actor, Roshan Mathew, who made everyone sit up, take notice and Google his name. So far, the curly haired hunk had been seen mostly in the typical urban youngster roles, in films like Aanandam and Koode. One of those who were impressed by Roshan’s performance in Moothon was Bollywood director Anurag Kashyap, who invited him to play the lead in his upcoming Netflix release,
titled Choked.

He might be a newbie in cinema but has a rich background of theatre, having directed the play A Very Normal Family besides acting in quite a few. Not surprisingly, he is well-read and chooses his words carefully, though he admits he has no clue how to ‘market himself’ in the film world! Asha Prakash is in conversation with the actor…

So how did the Anurag Kashyap (AK) film come about?
Well, AK was a co-producer of Moothon and had also written the dialogues for the Mumbai portions. He liked my performance but hadn’t seen me in person, as I was part of only the Lakshadweep segment of the film. He sent me the script of his film and asked if I was interested in playing the lead. I loved it, but then even if I didn’t, I would have taken it up — it was that exhilarating for me to be part of an AK project. The film is about a couple who are in a suffocated marriage, which is about to collapse, and how certain incidents bring about a change in their relationship. Saiyami Kher plays the female lead and it’s kind of a domestic thriller.

And how was it to work with the director?
Oh, he’s a genius. The things that he does might not always make sense to you individually but he has a vision of the film as a whole. As long as you have complete trust in him, he’s a lot of fun to work with. He’s open to improvisation, and not bound by the script or any other restrictions. He loves to explore. He doesn’t like actors coming to the sets prepared. If the same scene is shot another day, it would be different. We are trying for a couple of festivals and so the Netflix release date hasn’t been decided yet.

Tell us about how you managed to pull off the gay character in Moothon so beautifully. Weren’t there any apprehensions taking up such a character so early in your career?
The only emotion I felt when I was first told about the character was instant excitement. Ameer was so original, so different, and nothing like I had done before. Sure it was unfamiliar territory and scary, especially the disability part. I had to do research and also learnt sign language. But then, to get to work with a team of people like Geetu, Rajeev Ravi and Nivin Pauly itself was a big deal for me. The role was a bonus. The moment you know you are working with a team where everyone knows what they are doing and does it well, you relax. As for the homosexual love story, there is nothing in it that makes you look at it as anything but pure love. Geetu never had a rigid set of instructions for us. She let us be, and we went with every impulse. But the most brilliant part about her was that she gets exactly what she wants at the end. She’s a great actor’s director and makes the process liberating. I would also credit Nivin Pauly for my not being stressed about the love scenes, as I was always aware that I’m standing next to an actor who has so much more to lose than me. Nivin is a lot of fun, and easy to be friends with. I genuinely like him as a person. He is someone who doesn’t stress unnecessarily and doesn’t let us do so either. I have a problem of overthinking, but he manages to calm everyone down, just by being himself. 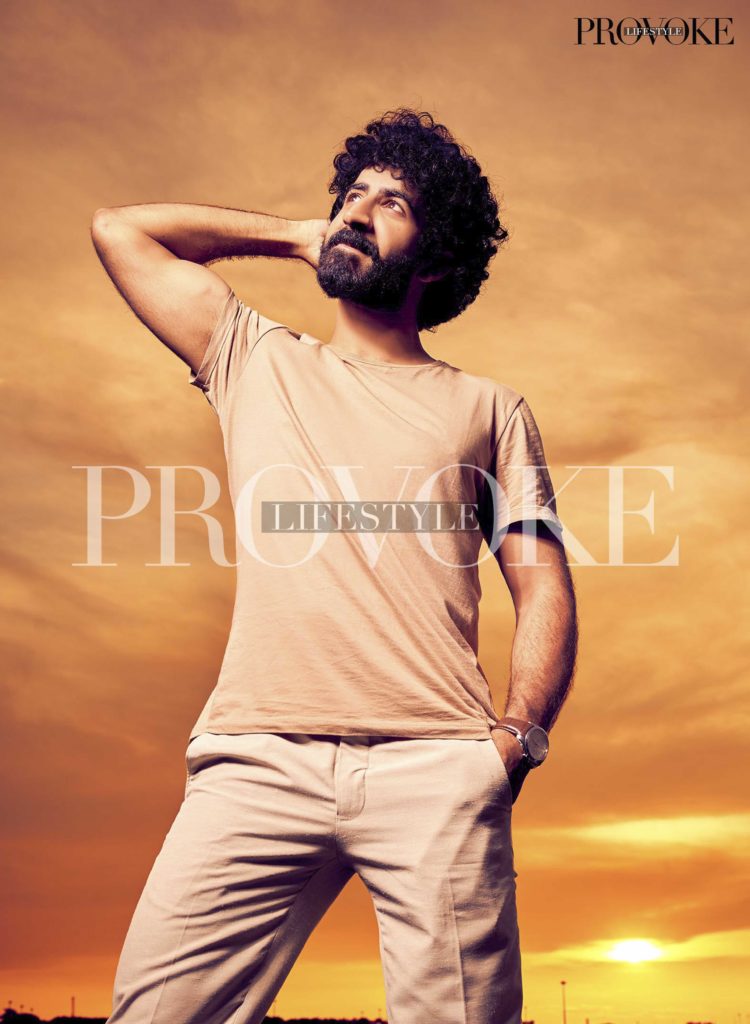 Where do you see yourself in the future?
I’m doing things one at a time. I don’t have a fixed plan, I don’t know how to do that either. It might sound clichéd but I’m happy as long as I like my characters and the people I’m working with. The characters I get interested in and pick are mostly non-lead and so I end up doing more of them. That said, there’s Choked and one or two other projects where I play the lead and I am also excited about. Let’s see where it goes.

Do you ever see yourself as a mainstream actor doing commercial movies?
I want to do all kinds of movies. My biggest fear is being categorised as someone who does only one kind of movie. It’s a valid fear because we always end up picking only those characters we like, based entirely on our imagination; especially someone like me who doesn’t have a guide or a godfather. There have been occasions where I was offered a movie I said no to, and then watched it and felt I should have done it. The only reason why I would like to get into a position where I get a lot of attention would be the more choices that would then come my way. I guess that’s the same for everyone.

What about theatre? And what does your family think about your ditching academics for acting?
If I don’t do theatre alongside films, I’ll die (laughs). And yes, I was expected to follow academics but my grandfather in Changanaserry who was an English professor used to direct plays. My father and sister too acted in plays but they followed other professions. When I started doing theatre full-time during college, my folks were worried but they were never forceful about anything. With Aanandam, they slowly started relaxing. But I’m still worried though. Thankfully, some project or the other has come around whenever I’ve lost hope.

Do you read? What are you reading currently?
Not as much as I’d like to. Currently I’m reading Zorba the Greek by Nikos Kazantzakis. Some of the books that have stayed in my mind in the past one year are Hitchcock by Truffaut and a Malayalam book called Kochikkar, a collection of stories.

What else can we look forward to?
I have three Malayalam films awaiting release. There is Kappela which has Anna Ben and Sreenath Bhasi, directed by Mustafa. I’ve done a segment called Pennum Cherukkanum directed by Aashiq Abu which is part of an anthology. I’m supremely excited about it, only the shoot got over too soon. There is also a film called Varthamanam with Parvathy, directed by Sidharth Siva, which tries to address a very relevant topic. Work is also going on for a new play.

Do you get time to follow politics these days?
Do we have a choice? Politics is following us right? Still I often feel the need to learn more about certain issues. I feel it’s a time when every person should react as a citizen, celebrity or not. I don’t subscribe to the notion that a celebrity should be forced to react on each and every issue but if you are a person with a wide reaching influence, if your opinions are valid and useful, you might as well put it out there.