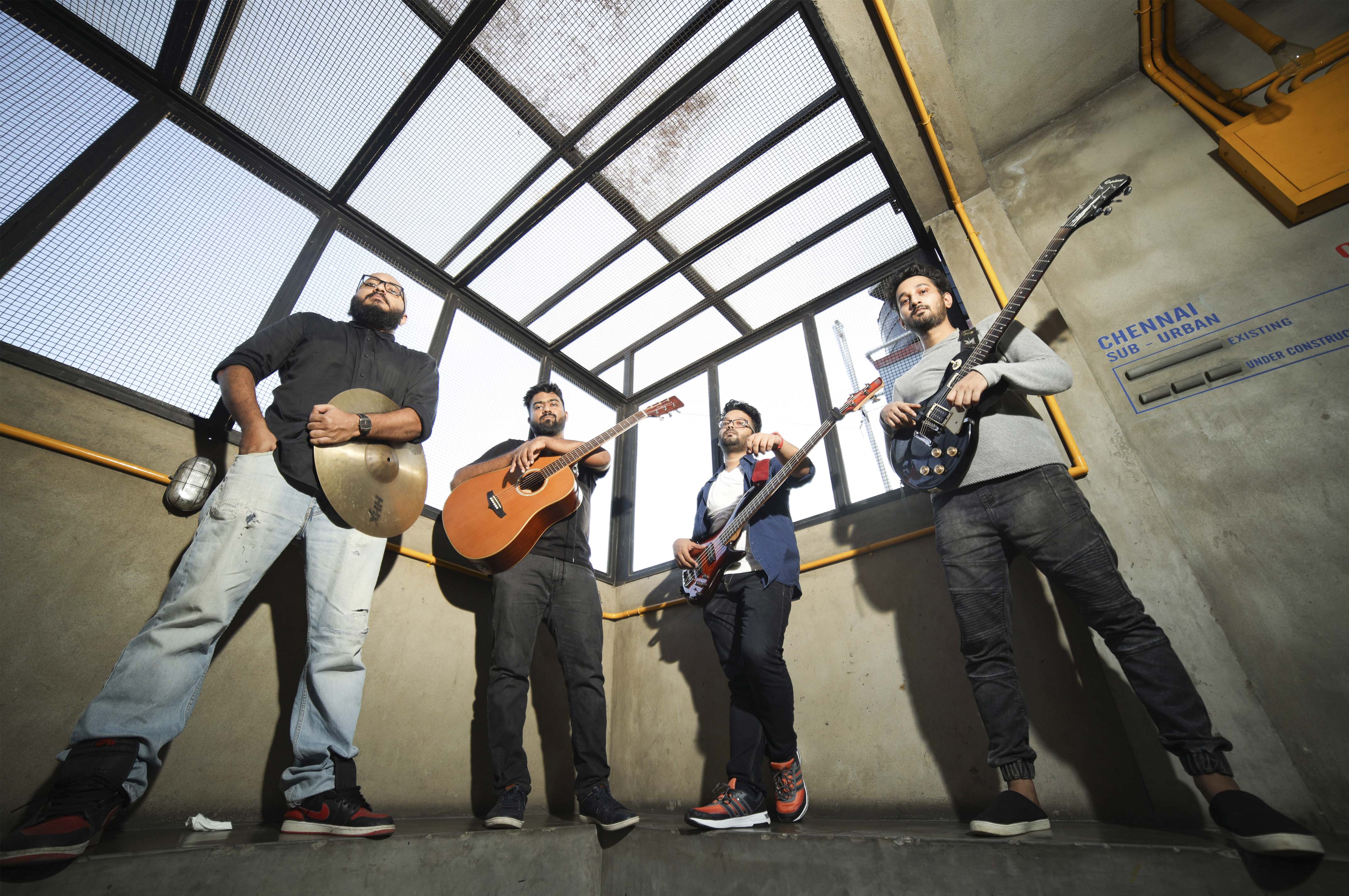 Previously known as Sparsh from 2012 to 2016, Aatva had to change their name after a gentle reminder in the form of a legal notice that came by to let them know that there was another band by their name that came before them! Aatva as a word holds no meaning, but as Alvin the vocalist and guitarist of the band says, “its members give it meaning.” By itself, it means nothing, but together, it represents the sound that is so unique to them.

Aatva, originally a 10member sufi rock band, has over time changed members and direction, and now, has original post progressive rock music in both Hindi and English. With the recent addition of Vinay on drums in 2019, the band has been through a complete haul, with a lot more discipline and dedication to their art, having found the missing piece to their puzzle. A new direction, a new life has been breathed into Aatva, propelling them forward at a higher momentum than ever before.

When composing their songs they always try to move away from the comfort zone of their own sounds — breaking time signatures, structures, and taking away the familiar — to create a new blend that sits as their identity.

Continuously improving their songs from show to show, until they achieve their form of perfection, you will notice the same songs sound different each time — a little better, a little tighter. Ironically, their song World Can’t Change remains the only song, they do not modify as it has achieved its perfect state! The last year and a half is when Aatva saw their true growth, with their music amassing a much larger fan base, predominantly from Chennai. They believe that there is a song for everyone from within their songs that will resonate with you, so give it
a listen.

Their EP Aeons is already out and World Can’t Change is due to release in February of 2020.Their next EP Sarfarosh (all of the songs in Hindi) is slated to release in April of 2020. 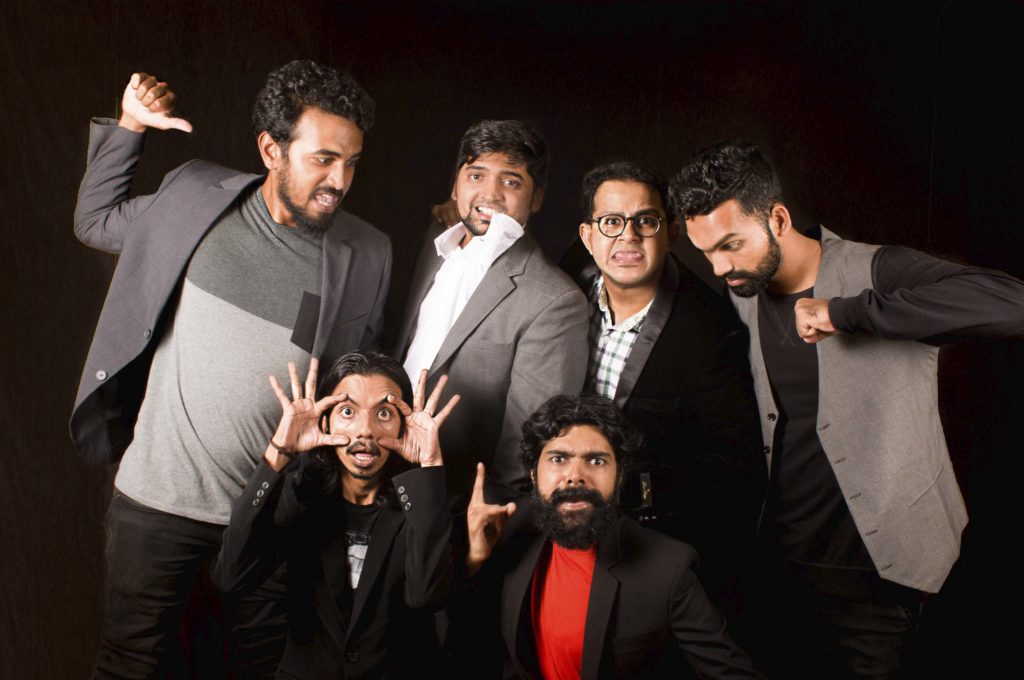 AMRIT RAO & THE MADRASCALS
Amrit Rao & The Madrascals, by far have the most interesting story behind their name. In conversation with the vocalist, Amrit Rao, I discovered that this band was conceptualized by him at a time when he felt a strong sense of a loss of identity as a musician.

With his desire for integration between his stage persona and his true self, he realised that a band name should reflect a little bit of everything that is him — a little bit of quirk or madness, a little bit of the culture he identifies with strongly, and most importantly all of him — even at the risk of sounding narcissistic. Make no mistake, there is no narcissism here, it’s a deliberate delivery of a concept. The band primarily makes music in Tamil, a move most indie bands would shy away from due to the possibility
of inaccessibility.

Amrit Rao & The Madrascals are the only band to the best of my knowledge that pulled off an entire production with actors, dancers and visuals for their shows, as opposed to playing at the usual venues for indie bands. This was a well thought-out and executed plan, since the impact their music makes still resonates across the city of Madras (Chennai), and has left the people hoping for
something more!

In the current political situation of our nation, they emulate the saying ‘art imitates life’, standing as a mirror reflecting back to the people what most of us feel too uncomfortable seeing, singing and hearing about. When I think of them and hear their music, I can’t help but feel a great sense of admiration as a fellow musician for their willingness to take a stand, with songs like Hindi that talks about the over emphasis on the need to speak in Hindi and the false belief that it’s our only national language; to songs like Thani that speaks about the water conflict between states within a nation when the common man suffers.

When I asked the bassist, Conrad Simmons, how the rest of the band feels about Amrit’s writing style, he said that Amrit inspired the rest of the band to be fearless and confident and truly authentic. This is clear in their musicality: every musician of the band, brings in their own personal musical influence to the versatile voice that is Amrit Rao, and they create this perfect synergy around the lyrics that he writes and fine tunes the sound until they organically produce a song that is a perfect amalgamation of these individuals. Their authenticity shines through, in their album Baemaani an Urdu word commonly used in Madras (not Chennai, I noticed) which loosely translates to ‘ a dishonest person’.

Where does the band go from here, you ask? An album, a graphic novel and a possible video has been slated for the year 2020, and, I wish this band the best for their future!

After all, the need of the hour is more socio-politically aware people — good people who want to change the world into a better place any way they can. 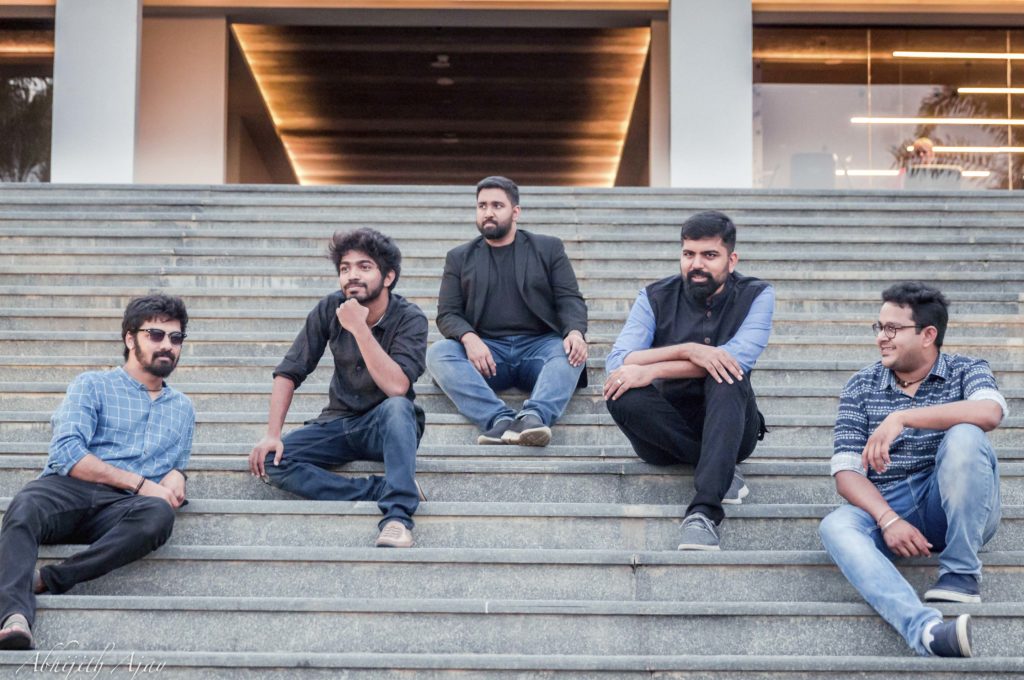 INDOSOUL
Karthick Iyer might not have known in May 2012 that his sister’s wedding would be the linchpin to the creation of the band IndoSoul. When he put together a bunch of musicians just for an event, videos of their performance exploded across YouTube leading to the birth of the band as we know it. The band’s name comes from their first album, which also perfectly wraps together the essence of their sound — rooted in Indian Classical music but arranged with a global sensitivity. “Indian at its core, global in its sounding”, Karthik says.

Their music has multiple frameworks of sound, but is at its heart birthed from the deeply spiritual and philosophical nature of Iyer. He draws inspiration from Indian philosophies and the intricate nature of life itself.

In 2015 they launched their first album, IndoSoul and then moved on to their US tour in 2016, covering 10 cities in 35 days. Their second album — in collaboration with the French pianist, Dondieu Divi — The Pallavi Shift was released in 2016 followed by another US Tour of 10 cities. The third album Two Sides of Karma was released
shortly after.

2020 will focus on more original music with the release of their fourth album while more videos and spontaneous recorded jams and possibly more tours will take their music to the global sphere. IndoSoul is now an unstoppable force in the Indian indie music scene. 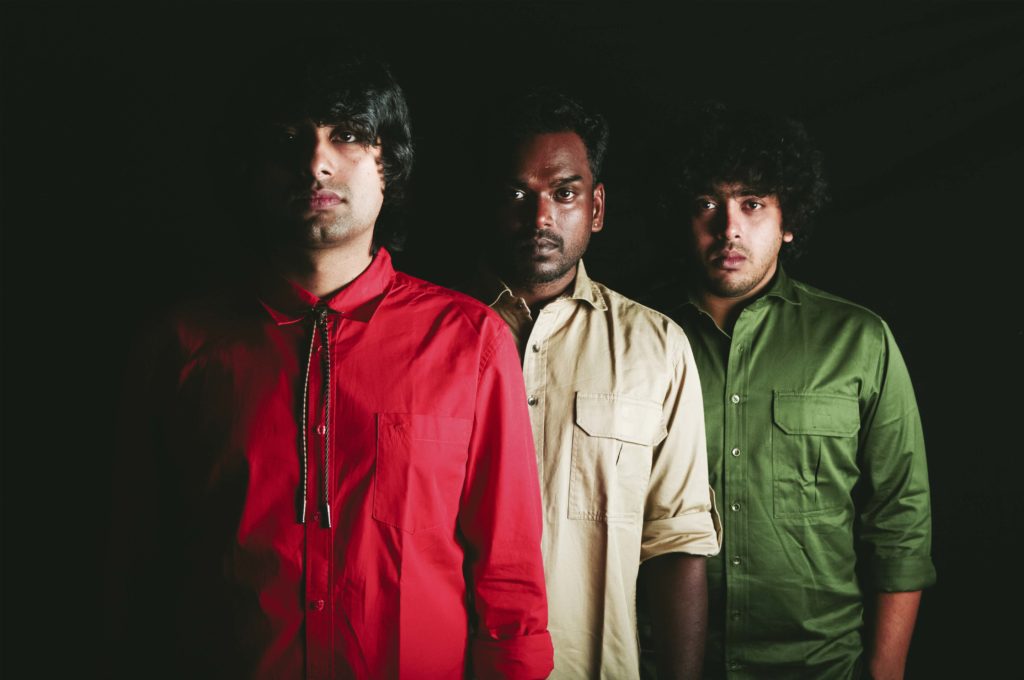 SKRAT
“Tell your audience a story, because stories change worlds.”

Welcome to the Skrat-verse, where earth is on a petri dish and we are mere experiments that higher beings seek entertainment from. The Queen controls this time-space continuum, as she was rightfully assigned to do, but dissent is a part of nature, the young ones are always reckless, and the Tin Can Man ensured chaos. Worry not! For the General Bison has awakened with the sole purpose of restoring order, due to the ousting of the Queen and through the ensuing chaos we shall soon see A Circus Act. Preferably in parts. Confused?

Listed above are a few of the song names that are composed by Skrat — The Queen, Tin Can Man, Bison, and soon to be released album name Circus Act — and the story that creates the songs as we know it. To know the songs is to know their world.

The highly imaginative mind of Sriram TT (accidental vocalist but deliberate guitarist) tells you this story. Come into their world and stand at the eye of the storm and behold their chaos, for nothing defines this band better than controlled chaos that explodes and exposes their true selves on stage, with every jump, spin and scream, that seeks release through live shows simply so they can function as people in society.

This band is the only band I have seen in my experience as both a musician and an observer who exposes their most authentic selves on stage. Nothing about them is an act, if anything, off stage they wear masks and pretend to blend in, mould into the ideal version of a human that is acceptable.

The 13year journey of Skrat has not been easy. From the accidental naming, to the dropping out of members in the most unexpected moments, Skrat embodies the belief that necessity truly is the mother of invention. A vocalist who isn’t a singer, a bassist who is the best guitarist of the band, a drummer who will strip down a kit to its last knob if that’s what it takes to keep the music going — Skrat went from a five piece band to the perfect trinity of three multi-talented people, complementing each other, to unleash the most heavenly garage-punk sound India has heard.

Just go to one of their gigs, and you can bear witness to the almost fanatic worship of their fans, lost in the trance of the Skrat-verse.

Their union is perfection, a gift to the masses as can be witnessed by their jam packed shows and unfailing crew that have stood by them from day one. The band reasons that they would be nowhere, without said crew. But, short of divine intervention, Skrat is a band that will stay together and make the most fun, energetic and imaginative music for so long as they live.

Look out for Circus Act their 4th album — to be released later this year — that will delve deeper into the Skrat-verse and take you forward in your journey into their world, and, maybe if you are lucky enough — and you pay close attention — give you a glimpse of the pure magic that is Jaanu, Tapas and Sriram TT.