IF YOU PRACTICE CASTE, YOU ARE NOT A CHRISTIAN

SOMETHING AS SIMPLE AS THIS STATEMENT, CONSIDERED A GLOBAL TRUTH, NEEDS TO BE REEMPHASIZED WITHIN CERTAIN MALAYALI CHRISTIAN COMMUNITIES — AS ASHA PRAKASH UNCOVERS IN THE HARD TRUTH BEHIND AN HONOUR KILLING THAT SHOOK KERALA RECENTLY 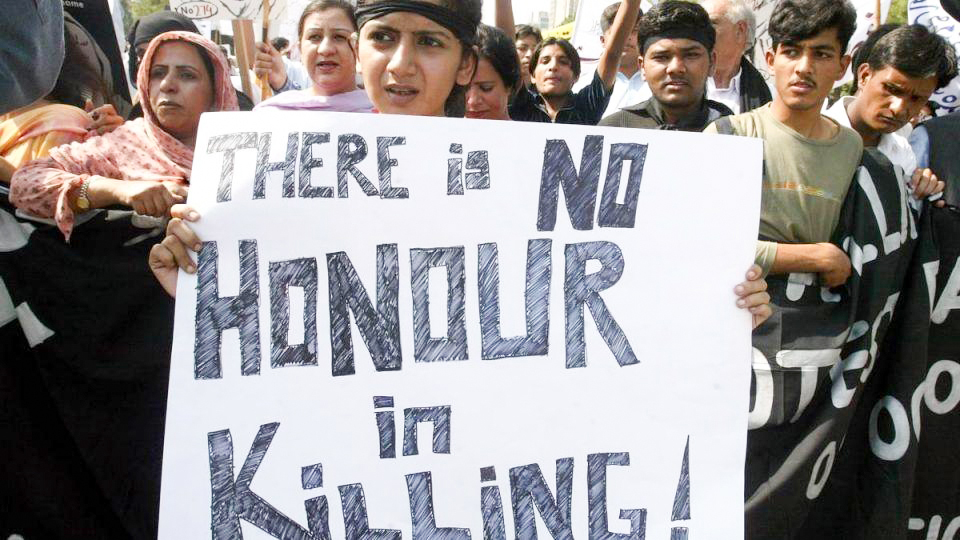 When news broke last year that Kevin Joseph, a 23-year-old dalit Christian youngster had been killed by the family of his newlywed wife Neenu, Malayalis didn’t initially suspect that it was a case of ‘honour killing’. They had associated the term mostly with villages in North India. But during the trial of the case and the subsequent sentence this year, Neenu and the court reiterated that her family’s opposition was predominantly to Kevin being a dalit, more than his social and economic status. Marking it the first case to be classified under honour killing in the State, the court thus acknowledged that discrimination against dalits is very much a reality in modern day Kerala.

It was again last year that Athira, a young girl, was killed by her own father on the eve before her wedding, for deciding to marry a dalit youth, a soldier. Interestingly, in both cases, the parents of the girls had love marriages.

What surprised the public more in Kevin’s incident was that the families belonged to Christianity, where caste system is supposed to be non-existent, especially in Kerala where the religion has been existent since time immemorial. But writer/activist Sunny M Kapikkad says that he is not at all surprised by this piece of information, and had surmised right from the beginning the reason for the murder. While Kevin ended up being killed, numerous others face the brunt of casteism in a thousand other ways, he says.

In fact, the various Christian sects in Kerala are in essence castes and many of the so-called annual meets of the ‘renowned’ families have less to do with the Bible and more to do with social status, says Kapikkad, a view openly endorsed by Father Geevarghese Mor Coorilos, one of the few among the Kerala clergy who have been vocal about their disapproval of such practices.

The ‘caste pride’ is mostly attributed to the Syrian Christian community of Kerala, many of whom believe that they were originally Namboodiri Brahmins who were converted by Saint Thomas when he visited India in 52 AD.

“During the annual meets of these sects, there will invariably be a mention of their Namboodiri heritage in family histories written by themselves. It just gives them a false sense of upper caste identity and the brahminical heritage is just a myth. With these meets they are basically building walls around themselves and stressing that they are higher in caste than those who converted in later eras, and dalit converts,” says
Father Coorilos.

Historians say there is little concrete evidence that Saint Thomas had visited Kerala and even if he did, the presence of Namboodiris as a caste during that era is highly debated. Even during a later age, it is highly unlikely that Hindus who enjoyed all the privileges of caste would want to give it all up and convert to Christianity, they say.

If the system of castes and sub-castes in Hinduism are complicated and verging on insanity, the gradations among sects and sub-sects in Christianity in Kerala are as complex. While intermarriage is allowed and trouble-free between sects of the same ‘strata’, a Syrian Christian family might never willingly let their son or daughter marry a Latin Christian (considered to be converts from the fisherman community).

“The discrimination might not be as obvious as lynching in North India but presents itself subtly, mostly during marriages. The proposal of a dalit Christian will be bluntly rejected in all mainstream communities,” says Father Coorilos, hinting that the aim is to maintain the ‘purity’ of the race, just like in Hinduism.

There was a time when dalit Christians were not allowed into mainstream churches, but although all churches are open to Christians of every sect today, the caste angle comes to the fore during bishop elections, where a dalit Christian would hardly be allowed to take up powerful positions,
he adds.

Kapikkad recalls that the Christian community shared the discriminatory practices of upper caste Hindus including untouchability. In fact, Christians in Kerala were part of certain caste rituals as well in the past, he points out. “If a dalit offers money to a temple, the Namboodiri priest wouldn’t touch it. However, if a Christian touched it, it was considered purified. Such practices show their ritualistic position in the caste hierarchy.”

The inherent casteism is evident in certain slangs and sayings used, he adds, something Father Coorilos had campaigned against. “Terms like thirumeni (a term used to address high caste Hindus) for addressing a bishop and aramana for Bishop Houses are rooted in caste. It used to be Father, or Bishop and I have specified that no one should address me as thirumeni,” says
Father Coorilos.

Professor S Kochukunju in his book on social reformer Kandankumaran mentions that until a point, dalit converts were even addressed along with their caste names, like Mathayipulayan or Mathayiparayan.

But wasn’t conversion to Christianity considered a way out for lower caste Hindus to escape casteism? “Yes, and Christianity should have stood against caste prejudices, because theologically speaking Christ and caste don’t go together. But unfortunately, the Christians imbibed casteism under Hindu influence. I would say there is no escaping caste in India, whether one is Muslim, Jain or even Buddhist,” says Father Coorilos.

So would the solution lie in conscious intermarriage between the different sects? “Surely. But a political solution is more important. There have been movements against the inequality especially in CSI (Church of South India) denomination but mainstream churches/denominations still strongly hold on to their perceived heritage,” the priest says.

One cannot but remember the contributions of Poykayil Yohannan, a dalit convert who, on being repeatedly discriminated against for his caste in all sects, was forced to form a new sect Prathyaksha Raksha Daiva Sabha in protest, to empower the dalits, back in the early 1900s.

Kapikkad, on the other hand, feels that it’s time the government as well as the Malayali public stopped turning a blind eye to the casteism in the Christian community, and offered reservation to dalit Christians. “The judgment in the Kevin case has overthrown the assumption that there is no caste in Christianity. Hindus also shared this view and used it to justify the denial of reservation status to dalit Christians.”

More importantly, the public too should start discussing the issue openly and fight against it, instead of just the victims’ families, he says. “Let’s accept it as a reality first. The media, society and cultural leaders should start acknowledging it too. Only then will there be someone to criticize it.”

Above all, the Christian community should reform from within, and recognize its true essence, feels Father Coorilos. “When a member of the faith views another of the same faith as lower caste, Christianity itself ceases to exist there. Only this realization will lead to a real change.”