MEANT TO BE HEARD, NOT JUST SEEN

THE WOMEN IN CINEMA COLLECTIVE HAS BEEN IN THE NEWS FOR ALL THE RIGHT REASONS. ASHA PRAKASH CATCHES UP WITH ACTOR PADMAPRIYA TO SPEAK ABOUT THE COLLECTIVE AND THE WORK THEY DO… 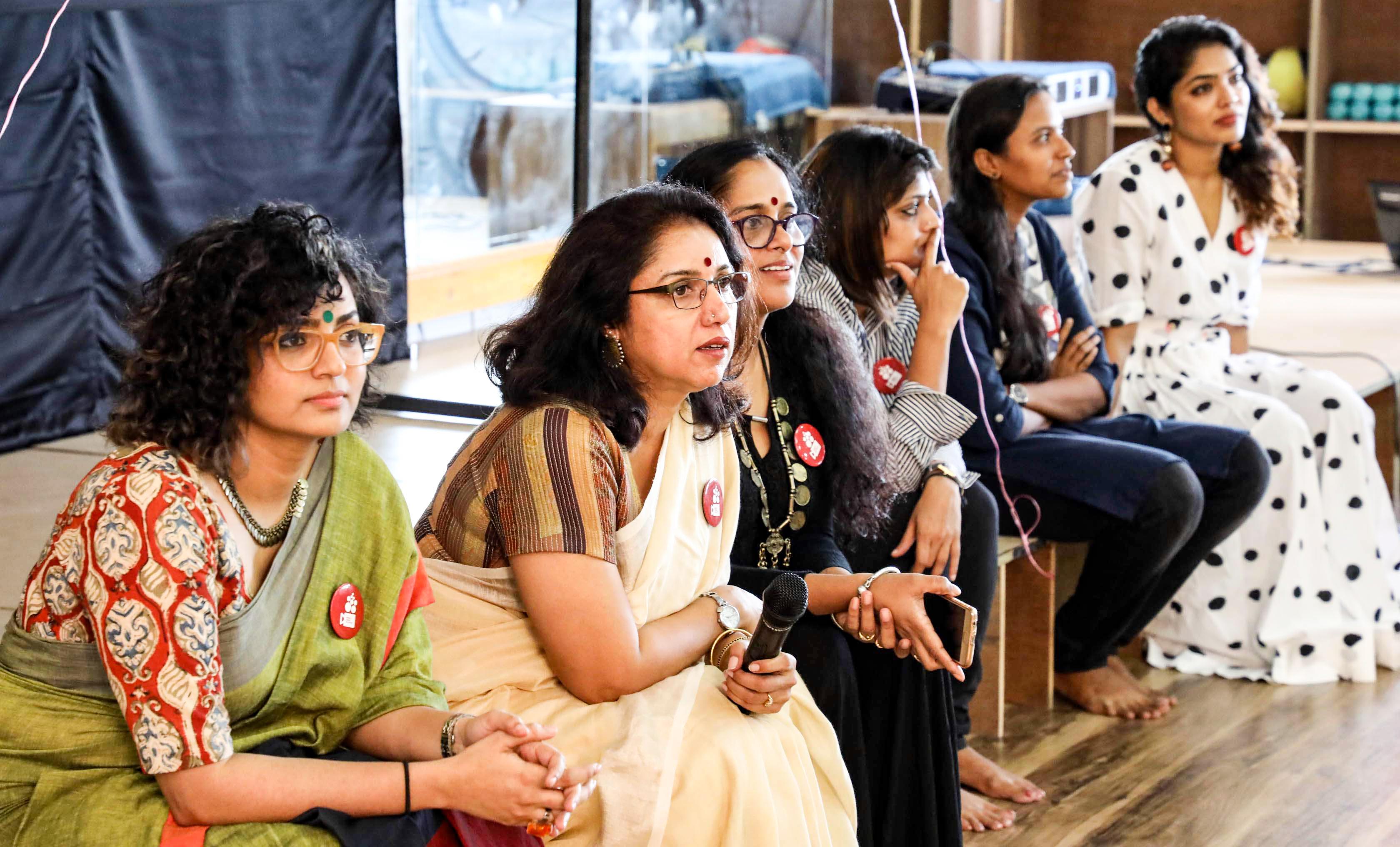 Film industries across the country have been controlled by men, who literally ‘own’ almost all the films being made; they make and break the rules and also decide who should do what and in what film. The only ‘role’ of the women, especially the female actor, was to do their part in the films and leave, and be grateful for acting with ‘senior’ actors. At the meetings of the various film associations, their voices were never heard; women actors were easily replaceable, on and off screen.

Or so it was, until a group of women from the Malayalam film industry decided enough was enough. It all started with the incident of the abduction and rape of a Malayalam actress, in which actor Dileep was named as one of the alleged masterminds. The group, named the Women in Cinema Collective or WCC, put forward a petition to the Chief Minister of Kerala demanding prompt action in the case.

The WCC asked for more than just a safe and secure working environment for women, it asked for gender justice in cinema, the need for which is yet to be recognized by several members of the industry, both men and women.
It has not been as easy task for the group to openly challenge the deeply entrenched patriarchal systems in the industry as well as in film organisations, at times questioning the decisions of senior actors, for which they continue to be slammed by fans of the actors.

They were also branded as too small a group. However, the ‘small’ group consists of actors like Parvathy, Padmapriya, Revathy and also director Anjali Menon and film personality Bina Paul.

Above all, in the past two years since the WCC was formed, dialogues have started about misogyny in cinema, representation of women, and many women members have started openly talking about how they have been harassed by male colleagues and have also
demanded action. 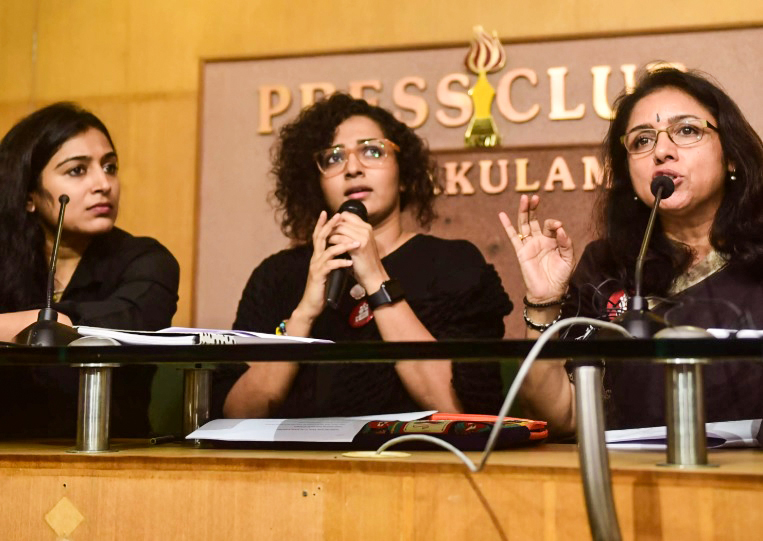 Actor Padmapriya speaks to us on behalf of the WCC — about what the organisation aims to achieve and what it stands for.
The WCC has put forward a number of demands beside a safe and secure working environment for women. But basically, isn’t it primarily about exercising the freedom of speech of women?
Firstly, WCC has not put out a set of demands, it’s simply claiming the right of every individual to an equal and safe work space — and a claim isn’t a ‘demand’, it’s a ‘right’. A part of that process of achieving a workspace we all deserve involves asking what is my individual tolerance for anything that goes against this ideal and when it does, to be able to express and articulate the same. Yes, it ruffles feathers in an industry where it is the norm not to talk and address issues in the fear of being seen as a trouble maker and/or losing work. But, it’s high time we change this for the better, for not just women but the entire workforce. Simply because this is a creative profession, the process matters to help us achieve our best and we cannot be at discomfort with each other — if we do not represent an understanding of a world that is sensitive through our art then who else will? I personally don’t think WCC is just about exercising the right to speak but more about emphasizing on the right to be heard — WCC in its formation and its action is not just about gender rights — it’s about an argument for equal space and equal opportunities.

Every film industry in India has strong women who speak up in their individual capacities. Has it ever been considered to form a larger collective, made up of women from other industries
as well?
Various film industries in India have similar working processes and professionals move across industries (like me), but in terms of their workings, they have their own peculiarities. There are interesting movements and organisations coming up in every industry across the country asking for fair working rights (not just WCC in Kerala) and we all do meet through gender conferences that each movement is organizing in their capacity. There is an active exchange of information and informal relationship building to understand issues and perspectives better and most importantly just to ‘bond’ with each other. WCC in the last year has been part of at least four different conversations — one of which was organised by us. Also, most of these movements naturally align with other civil rights movements and discourses. So, there is a larger coalition of women across the board and there are also individual women speaking in their own individual right. It’s healthy to see a space for both individuals and collectives talking about a fair work space rather than enforcing an either/or condition to it.

Even today, many of the women members of ‘AMMA’ seem to have no particular opinion about the issues ‘WCC’ has put forward. Do you think gender sensitization is necessary for the members to make them aware of the inequalities and the patriarchal systems they may have internalized?
We all know that patriarchy is not gender dependent. So gender sensitizing needs to take place for all those who do not see the world from the lens of equality. I believe the world does listen to change, the process may be long and tedious but a change that matters does occur —the history of women casting a vote in the US goes back to two centuries, surely when that movement started who would have thought that the 19th Amendment would ensure that all American women will have the right to vote? It takes time to bring change but persistence pays.

Do the power equations in associations like ‘Association of Malayalam Movie Artists (AMMA)’ reflect the real ones in the film industry as well? Men making all the decisions and women being expected to follow them? Do you think better gender equality in the associations will reflect in the larger picture too, in the making of a movie, on the sets etc?
All associations in the film industry have been made for the welfare of the members who work or have worked or want to work in the industry, all their objectives are aligned to bettering the workplace and work opportunities. So bringing changes in the associations will therefore have a bearing on what happens at our workplace. And yes, bringing diversity will bring lot more depth to our ways of working including storytelling experiences for the audience.

What are the positive changes you have noticed in terms of gender equality in Malayalam cinema in the past two years and what does ‘WCC’ look forward to in the future?
Well, we are talking about gender equality and vehemently supporting or opposing it.

At last there has been some supportive government action in the cinematic space but a lot more needs to be done.

There is a larger public awareness on the ways of working in the industry and the realities behind it.

Implementation of workers’ rights and safety as mandated by the Constitution is finally being discussed more strongly than before within
industry circles.

The idea of diversity in cinema is being challenged more vehemently than before —hopefully this brings a change in what is communicated through storytelling in our craft and thereby bring organic changes to the way we
work as well.