SRI LANKA IS KNOWN FOR ITS BEACHES, BUT WHAT EXACTLY MAKES THESE PARADISE BEACHES STAND APART? ANUBHUTI KRISHNA VISITS FOUR RELATIVELY UNDISCOVERED YET POPULAR BEACHES IN SOUTHERN SRI LANKA FOR AN ON-GROUND CHECK… 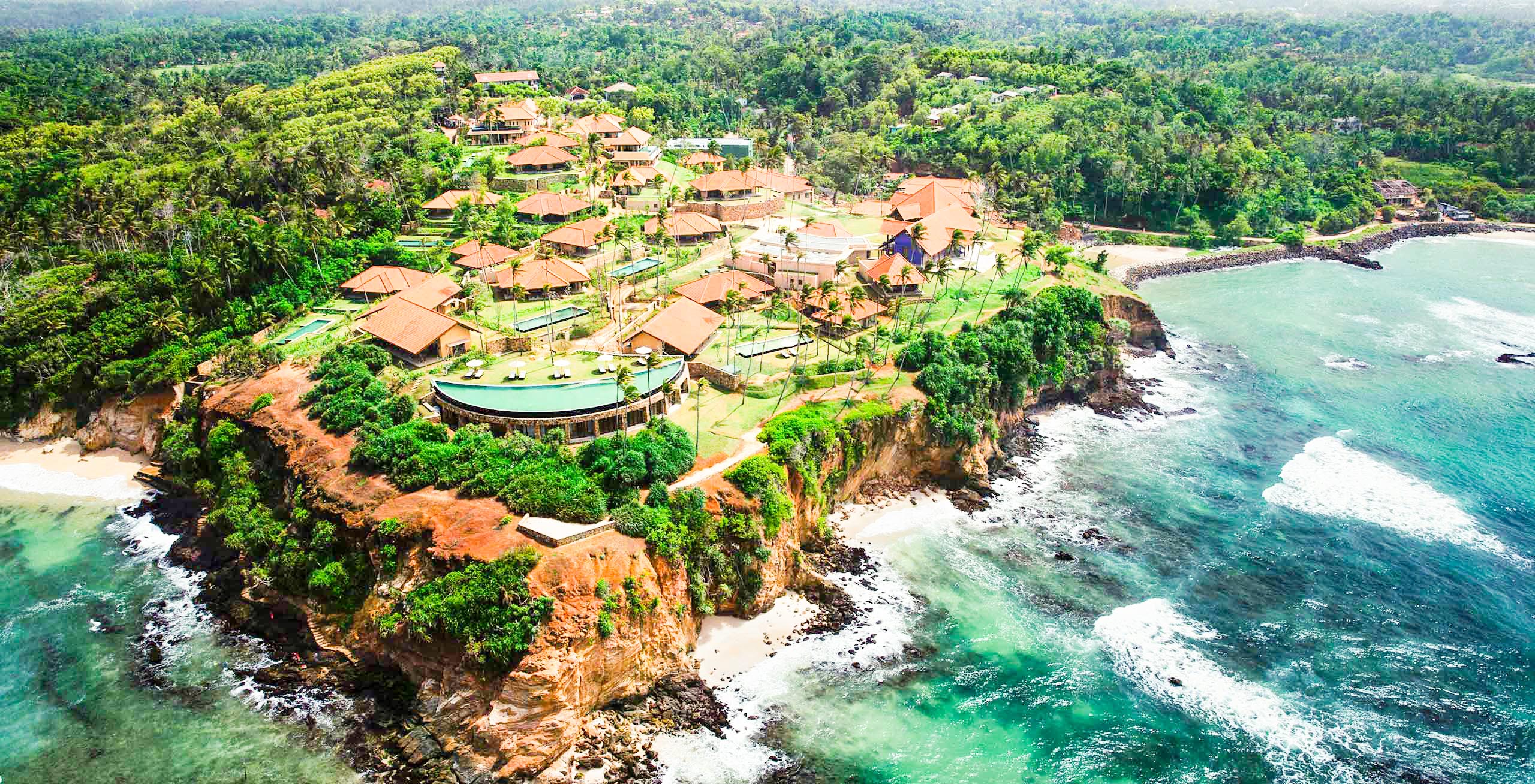 Lonely Planet had touted Sri Lanka as the best destination for 2019. With the Easter blasts however, the country was taken off the travel radar in one straight blow. The government of Sri Lanka recently declared the place open and safe for tourism, and we cannot be happier. With the monsoon in its full glory and autumn knocking the doors, it is time to pack our bags for the island country.

Sri Lanka is known for many things. Carpets of tea gardens, centers of archaeology, cities steeped in history, ancient pilgrimages; holy temples and monasteries, music and dance and of course exotic cuisine. But more than anything else Sri Lanka means endless beaches, long coastlines, and lush coconut groves. While the island nation’s shores are unending, it is the southern coast of the country that is considered most scenic and untouched. Small fishing towns and villages double up as tourist hot spots, historic places show up in the middle of nowhere and cities built by the Dutch and British transport you to Europe — each little town that dots the coast is an experience in itself.

Just a few hours away from Colombo, the string of beach towns have everything you would expect from a beach getaway — hip cafés, luxurious resorts, vintage BnBs; water sports, wildlife, wellness and culture. The food here can give a Michelin restaurant a run for its money, the comfort can parallel any luxury hotel, and the shopping streets can get you best bargains in the world.

The best way to travel in Sri Lanka is by the train. The railway line runs along the coast and passes innumerable small towns on the way. Being the lifeline of Sri Lanka, the railway is also the best way to experience the country. People who hop in and out, children who ride to school, villagers who carry vegetables to town, locals who commute to work — the country presents itself in most authentic ways in the carriages of a Sri Lankan train.

Sun and sand at hikkaduwa

The train pulls in quietly into the sleepy little railway station of Hikkaduwa late afternoon. Nestled between thick coconut trees, small homes, and a quiet neighbourhood, the place shows no sign of its being Sri Lanka’s oldest tourist centre. A short walk brings you to the main street. Trendy cafés that open on the beach, resorts that spread for acres, and little shops that sell everything from handicrafts to groceries. Young men walk up to you with promises of showing you the coral reef; white tourists whizz past on scooters. The ocean meanwhile plays hide and seek.

Located just 98kilometers from Colombo, Hikkaduwa is the oldest beach town in Southern Sri Lanka. Discovered in the 1970s it got popular among the western tourists for its mile long coast, calm waters, and picturesque lagoons. Today, the place is known most for its Coral Reef and Wildlife Center. Marine turtles are bred here and monitor lizards are protected. The wildlife park makes Hikkaduwa an ideal place for snorkeling and witnessing the exotic marine life. But, choosing not to do anything is a great idea too. Sitting by the beach and gazing at the endless sky romancing the charcoal clouds make evenings in Hikkaduwa surreal.

Bohemian charm of unawatuna
If Hikkaduwa has a quiet charm and marine wildlife, it is Unawatuna where you go to party. Just a short ride from Hikkaduwa, Unawatuna could be Bali or Cambodia, except it is not. It is cooler. Considered Sri Lanka’s hottest nightlife destination, the little town with its hip cafés, large restaurants, lush lagoons, thrift stores and designer boutiques, exudes a ‘hippy chic’ vibe. It is also a beach lover’s haven. Gentle waters mean you can swim easily, soft sand means you can laze all day and colourful beach shacks mean you have a steady supply of Sri Lanka’s favourite ginger beer and fried calamari. Shopping at the tiny boutiques, walking the narrow streets, watching craftsmen at work and chatting up with them comes as an added
bonus in Unawatuna.

Stilt fishing and picture post cards of weligama bay
You can choose to drive to Weligama from whichever beach you are staying at, the train however lends it a more romantic charm. (Yes, I know I repeat!). Pale pink weathered down building, stationmasters in stark white uniform, and tuk-tuks with persuasive drivers makes it one of the most charming places in the southern coast.

The third in line of the four beaches, Weligama, literally translates to ‘sandy beaches’ — which it has a lot of. It is also where you find Sri Lanka’s world famous stilt fishermen. Perched up on a pole inside the ocean, the men spend hours sitting on a small bamboo frame, their livelihoods tied to a thread. While there are conversations about the whole thing being staged, driving all the way to the west end of the town at daybreak to see them is completely worth your while. Evenings in Weligama are best spent at cozy instagrammable cafés watching the novice surfers play with its gentle waves and indulging in the fresh catch of the day.

The whales of mirrissa
Just a few miles south of Weligama bay lies the most beautiful part of the southern coastline of Sri Lanka. Mirrissa also remains the most untouched part of the coast by far. There aren’t many fancy hotels or cool cafés. Shacks at the beach are modest and the guesthouses aren’t the most luxurious — and that is what makes it special.

Another thing that makes Mirrissa special is its Whales and Dolphins. Whale watching, as we learn, started here only in the mid-1990s when a British naturalist discovered that the bay was used by migrating whales. Today the southern coast is replete with blue whales, sperm whales and dolphins. Bobbing on a boat in the deep blue ocean, waiting for the whales to show up, and witnessing the grandeur of nature — can there be a better way to culminate your trip to the island ocean?